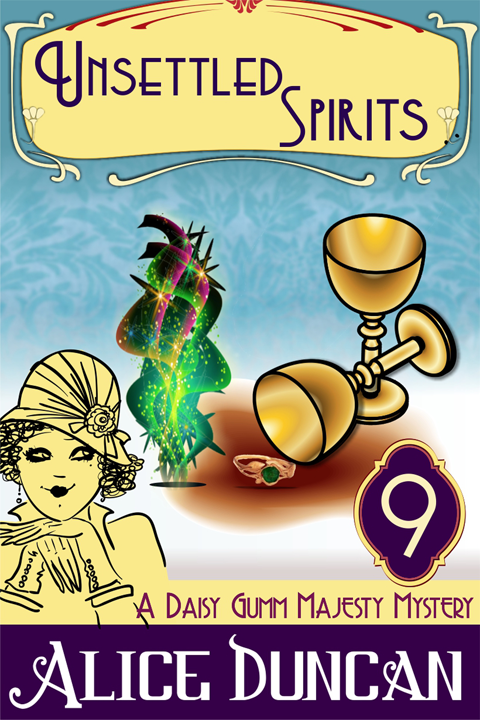 By payment of required fees, you have been granted the
non
-exclusive,
non
-transferable right to access and read the text of this eBook. No part of this text may be reproduced, transmitted, downloaded, decompiled, reverse engineered, or stored in or introduced into any information storage and retrieval system, in any form or by any means, whether electronic or mechanical, now known or hereinafter invented without the express written permission of copyright owner.

This is a work of fiction. Names, characters, places, and incidents either are the product of the author's imagination or are used fictitiously, and any resemblance to actual persons, living or dead, business establishments, events or locales is entirely coincidental.

The reverse engineering, uploading, and/or distributing of this eBook via the internet or via any other means without the permission of the copyright owner is illegal and punishable by law. Please purchase only authorized electronic editions, and do not participate in or encourage electronic piracy of copyrighted materials. Your support of the author's rights is appreciated.

Copyright © 2015 by Alice Duncan. All rights reserved under International and Pan-American Copyright Conventions.

For Sue Krekeler and Lynne Welch, two of the best beta readers any author ever had.

My family and I, along with Sam Rotondo, welcomed the New Year, 1924, as we welcomed most new years. We walked from our tidy bungalow on South Marengo Avenue in Pasadena, California, to Colorado Boulevard and watched the Tournament of Roses Parade. No Rose Queen was crowned for 1924, although I don't know why. The day was chilly, but bright and sunny. We knew the press would publicize the parade, and that people all over the United States—and, for all I know, the world—would envy us our gorgeous weather. Roses in January? Must sound grand if you're buried under six feet of snow in Maine or New Hampshire. The parade was lovely, and my family and Sam enjoyed it greatly. We always did.

The only thing Sam and I knew that the rest of my family didn't was that Sam and I had recently become an engaged couple. I still cringe when I recall Christmas of 1923, when Sam attempted to bestow an engagement ring upon me.

Sam must have anticipated my possible reaction, because he took Spike, my late husband's black-and-tan dachshund and probably the smartest dog in the universe, and me to the front porch. There Sam and I sat on the front porch steps, bundled up against the nippy weather. Spike bounded off to chase leaves and, if he was lucky, the neighbors' cat Samson.

Sam reached into his pocket and withdrew a little box. "See if you like this," he said, handing the box to me.

Drawing back slightly, I took the box, opened it, and saw displayed therein a yellow-gold ring with an emerald set in what looked like a nest of rose leaves. It wasn't elaborate; it was, however, possibly the most beautiful ring I'd ever seen in my life.

So what did I do? I clutched my left hand, still bearing the plain gold band my late husband, Billy, had given me on our wedding day in 1917, to my heart and burst into tears.

Sam said, "It's all right, Daisy. I know it's probably too soon." He sounded resigned.

Sam put his arms around me and rocked me like a baby. "I understand, Daisy. When you agreed to marry me, you told me you weren't ready yet. Take all the time you need."

After a minute or two I recovered my composure and glanced up at Sam from what I knew were swollen red eyes. Unlike the heroines of romantic novels and motion pictures, I don't look good when I cry. My skin gets all blotchy, and my eyes get red and puffy. "I'm sorry." I sniffled, and Sam reached into another pocket and produced a clean handkerchief. I took it with a shaky hand and said, "Thank you."

As I mopped my eyes and cheeks and felt foolish, Spike began barking like a bad dog, which was most unlike him. My bleary gaze couldn't quite locate him, so Sam rose from the porch steps and went to look for him.

"Here he is," he called a moment or so later. "He's just wishing Pudge a merry Christmas."

Pudge Wilson, son of the neighbors to the north of us, hove into view with Spike frolicking at his feet. Sam walked stolidly beside the boy and the dog. Sam never frolicked.

"Merry Christmas, Pudge," I said, trying with all my inner strength to pull myself together. I realized I still held the jewelry box and quickly stuffed it into a pocket of my coat.

"Merry Christmas, Miss Daisy," said Pudge. He shyly handed me a wrapped parcel. Pudge was about twelve years old by that time, and he'd been sweet on me for years. He was a nice kid; and I have absolutely no idea why people called him Pudge, because he was about as big around as a toothpick. He also had a ton of freckles and a delightful smile.

"Thank you, Pudge," I said. "You shouldn't have given me a present."

"I made it in Boy Scouts," said Pudge proudly. I guess he was too young to notice the signs of distress on my face. At any rate, he didn't comment on them. "Anyhow, your family always gives us about six thousand cookies for Christmas."

This was true, although it was only because my aunt Viola Gumm, widow of my father's older brother, lived with us, and she was the finest cook in the entire City of Pasadena, if not the whole U.S. of A. So I took Pudge's package, smudged where dirty little-boy fingers had pressed the paper, and opened it to reveal a piece of bark with something—it looked kind of like a horse—burned upon it.

"You did this yourself?" I tried to sound astonished and gratified.

"Yep." Pudge straightened and beamed at me. "It's made by heating an iron rod and burning the wood." He pointed at the image. "That's a unicorn. I thought you'd like it, because unicorns are kind of magic."

"How very thoughtful. Thank you so much, Pudge." I rose and gave him a hug, which succeeded in embarrassing him nearly to death and sent him scampering back home.

Spike wanted to follow him, but I called him to heel. Because Spike had been to obedience school three summers prior to this Christmas, he heeled. Bless the dog.

I sat again, and Sam and I surveyed my present from Pudge. "Do you think that's supposed to be the unicorn's horn?" I asked, pointing to a burned line that looked as if it were protruding from the animal's nose.

Lynch by Nancy A.Collins
Game by Walter Dean Myers
Pieces of Perfect by Elizabeth Hayley
Hearts Unfold by Karen Welch
Ryder on the Storm: Emerald Seer I by Violet Patterson
Pancakes Taste Like Poverty: And Other Post-Divorce Revelations by Jessica Vivian
Night Games by Crystal Jordan
Grayson (This is Our Life Book 1) by Adams, F.G.
Cookie Cutter by Jo Richardson
Brass Man by Neal Asher