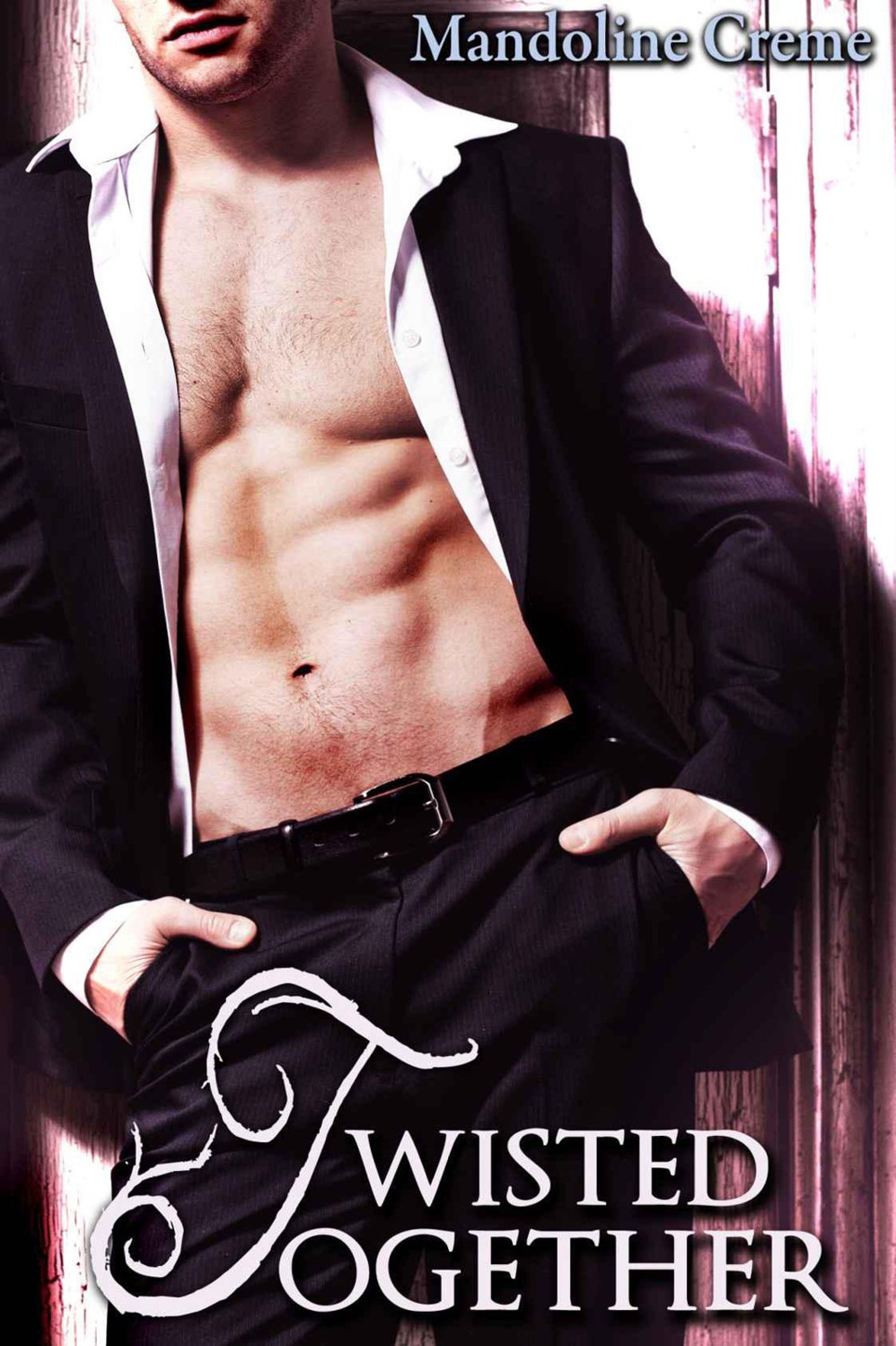 This is a work of
fiction. Names, places, characters, or events are either the product
of the author’s imagination or used in a fictitious manner. Any
resemblance to persons, alive or dead, is completely coincidental.

My
thumb ran over the edge of the receipt, as if I could erase the
numbers with just the tip of my finger. Of course, I knew that was
impossible.

Shit,
I
thought sullenly,
did
I really manage to blow my entire credit card limit that easily?
You'd
think a single night out, impressing friends and women with your
ability to dole on them, wouldn't break the bank.

My
parents are going to be pissed.
Inhaling
sharply, I folded the paper together, then again, until it was a tiny
square. My whole palm covered it, yet it felt heavier than my brand
new laptop.

Come
on, who could blame me for buying that, too?

When
my father had handed me the card, he'd made it clear it was for
emergencies only.
I
doubt I can convince him any of the stuff I bought was an emergency.
Dammit. What the hell am I going to do?
Scanning
my dorm, I prayed an idea would come to me.

Not
shockingly, nothing appeared.

I'd
only been attending college classes for three months. I wondered if
it was possible for my parents to be furious enough to yank me out.
Guess
I'd deserve it. I fucked up for real this time.
Scratching at the short, messy strands of hair on my scalp, I fell
onto the couch in the common room.

The
dorms were quiet, the one I stayed in only had a few students making
home there. Combined with it being a Saturday morning, I didn't
expect to see anyone else up and moving for another hour at minimum.

Abrupt
footsteps drew my eyes away from where I was staring blankly at the
ceiling. Standing in the hallway was my roommate, Kris. Long torso,
broad shoulders, he had the look of some exotic model from a
magazine. Those hard, sapphire colored eyes of his and bronze skin
only helped the imagery.

I
knew very little about him... except for one fact.

Kris
has money.
It
was a realization that slammed me hard, made me sit up straight
despite my desire to appear chill. My roommate could solve my
problems, why hadn't I thought of something so obvious?

He
was wearing nothing but some loose boxers and socks, his bare upper
body hunched like he was sleep walking. I watched him move towards
the nearby table, homing in on the pile of mail there. “Morning,”
I said cheerfully, adjusting on the couch.

Kris
tossed a quick sideways glance, then went back to shuffling the
envelopes. “Jack, you're up early. Figured after I saw you at
Wicked Pete's with all those girls, you'd still be sleeping.”

I
didn't think of myself as bashful, but his observation made my cheeks
warm. “Hah, so you saw that.”

“
Mmhm,”
he murmured. Flipping paper into the trash, he slowed down when he
reached a tiny green envelope. “Yeah, I think a lot of guys
did. You were playing it large, didn't know you were so loaded.”

I
tried to erase my grimace with a smile. “Right, uh,
actually...”
Well,
here it goes.
“I'm
not. Not really.” I expected Kris to look up, to be surprised,
but he was busy squinting at the envelope he held. “You
alright?”

Straightening,
he tapped the mail onto his thigh nervously. “It's nothing,
just an invitation to something I'm not sure I can go to. Anyway,
what do you mean you're not
actually
loaded?”

Twisting,
I hung over the back of the couch, meeting his curious gaze. “Here's
the thing. My parents gave me a credit card, you know, for
emergencies?” Kris was starting to smile knowingly, so I pushed
on. “Yeah. I blew it all between last night on the town, and on
some new toys the other day. Limit reached, boom.”

“
Oh,
shit,” he said, his amusement making my stomach sour. “You're
pretty fucked, aren't you?”

“
Maybe,”
I admitted, watching him intently. “But I had an idea.”

Kris
leaned against the wall, still tapping his envelope on his leg. I was
starting to wonder what it was an invitation to. “An idea, go
on.”

And
this is it!
“I
was thinking you could, well, loan me the cash to pay it off.”
I assumed Kris would laugh at me, maybe look offended at the
suggestion. I'd readied myself for a number of things.

My
roommate shrugged into his ears. “Alright.”

I
hadn't readied myself for
that
.
“I—what? Just... just like that, you're on board?”
How
rich is he!?
I'd
seen his car, his clothes, his brand new phone. Had I wildly under
guessed his generosity?

“
Here's
the thing,” he said, arching against the wall with a long yawn.
The muscles along his sides flexed, rippling like rough seas. “You
need money, something I happen to have a lot of. I can make your
problem go away. But,” he sighed, tossing the envelope at me
abruptly, “I want you to help me in return.”

I
barely caught the paper, surprised by the weight of it when I did. It
was the size of a postcard, the writing on the front lovely and
curled. “Uh, sure man. That's fair.”
I
think.
“What
do you need my help with?”

He
twirled a finger in the air, still watching me far too intently for
my comfort. “Open that, read it.”

Things
were going off the rails. I'd thrown together my plan to ask for a
loan in seconds, now I was handling a curve-ball so big I couldn't
see around it. Gingerly, I tore open the letter. The paper itself
felt expensive, prompting me to set the ripped envelope on the coffee
table like it was worth something. “This is...” Unfolding
the card-stock, my eyes skimmed down the glossy print. “An
invitation to a party?”

“
The
Gold Swan Event,” Kris explained, stepping towards the couch. I
watched him briefly, his approach making my neck prickle. I returned
to reading the letter, listening to him speak in that soft way of
his. “It's run by some very important people. Most notably, as
far as I'm concerned, my father. Ever hear of Vanilla Pinings?”

My
eyebrows vanished into my messy bangs. “Who hasn't?”
They
make the best ice cream ever!
“But
uh, I'm confused. I still don't get why—”

“
My
father,” Kris cut me off, “wants me to take over this
company. I don't. I'm not like him, could care less about all this
greed. I want to travel and—well, never mind. The thing is,
Vanilla Pinings is a very 'family' oriented company.”

He
was standing over me on the couch, I caught a whiff of his warm
scent. Swallowing uneasily, I offered the invitation to him. “So...”

“
So,”
he whispered, taking the paper from me, “I have a plan for
removing myself as an option from that whole mess. A plan I need your
help with.” He fixed his fierce blue eyes on me, freezing me in
place. My fingers were gripping my own thighs in a vice. “I
need you to be my date to this event.”

The
twinge of pain from how big my eyes went cut straight to my brain.
“Your
what!?
”

Kris's
laugh startled me, his hands smoothing his hair. “I'm not gay,
Jack.”

My
tongue felt like it was two sizes too big for my mouth. “Then
why...?”

“
I
need my father to
think
I'm gay. That way,” he explained, “he'll stop considering
me for this 'family oriented' job. Then I'm free of that shit for
good.”

With
the talk we were having, I was suddenly conscious of how near to me
his bare skin was. Casually as I could, I inched sideways along the
couch. “You want me to go to this event with you as your date,
just to fool your dad. That's it?”

Kris
flashed me his porcelain teeth; they were as straight as he claimed
to be. “Exactly. One evening pretending we're a couple. We have
a deal?” He extended a hand, long fingers expectant, waiting.

But
what, really, could be easier than playing pretend for one night?

Reaching
out, I gave his hand a hard squeeze. “Deal.”

The
event, according to the invitation, was tomorrow evening. I thought
the most I'd need to do was make sure I was wearing clean clothes for
the 'date.'

Kris
had other ideas.

“
Seriously,”
I laughed, enjoying the feeling of the wind while Kris drove us
downtown in his midnight blue convertible. “You want me to get
a new outfit for this shindig? Man, I don't have the cash for new
clothes, that's the point of all this!”

The Book of Great Funny One-Liners by Frank Allen
The World Inside by Robert Silverberg
Whisper by Kathleen Lash
Bound By Seduction (A Red-Hot SEALs Novella Book 2) by McCallan, Trish
It Had to Be Love (An It Had to Be Novel) by Tamra Baumann
Kinky Girls Do ~ Bundle Two by Michelle Houston
Blue Maneuver by Linda Andrews
Magic Resistant by Veronica Del Rosa
Lovers and Madmen(Sasha McCandless 4.5) by Miller, Melissa F.
Jack by Liesl Shurtliff