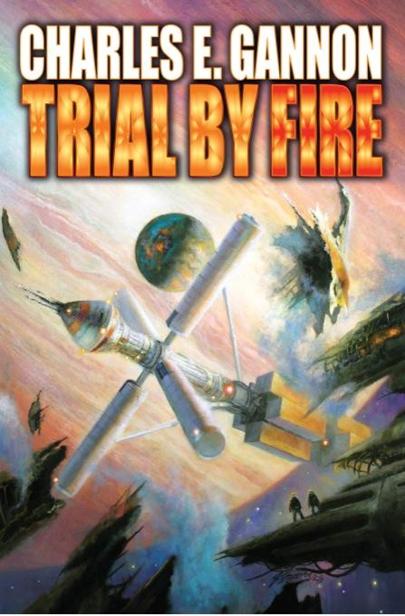 Volume Two of the
Tales of the Terran Republic

When reluctant interstellar diplomat and intelligence operative Caine Riordan returns from humanity’s first encounter with alien races, sudden war clouds burst. With Earth’s fleet shattered by a sneak attack and its survivors fighting for their lives, Caine must rely upon both his first contact and weaponry skills to contend with the non-humanoid enemy. And when the technologically-superior attackers sweep aside the solar system’s last defenses, and traitorous corporations invite the invaders to land ‘security forces,’ humanity fights back with its best weapons: cunning, inventiveness, and guts.

But as Earth hurtles towards a final trial by fire that is certain to scar its collective memory, Caine discovers that there may also be large and disturbing gaps in that memory. Clues point to a much earlier inter-species apocalypse, buried in humanity’s own prehistory. Which raises a terrifying possibility: what if the aliens' invasion of Earth is not one of conquest, but preemption? And what if their harrowing memories of a long-past cataclysmic war makes them willing to do anything to keep it from reigniting?

Even if that means exterminating the human race.

The Tales of the Terran Republic

The Starfire Series
(with Steve White)

The Ring of Fire Series
(with Eric Flint)

1636: Commander Cantrell in the West Indies

To purchase these and all Baen Book titles in
e-book format, please go to www.baen.com.

TRIAL BY FIRE: Volume Two of the Tales of the Terran Republic

I dedicate this book to the love of my life,
my peerless wife Andrea Beder Trisciuzzi.

Without her, this book and all which
shall follow would never exist.

Fellow-citizens, we cannot escape history. . . . The fiery trial through which we pass, will light us down, in honor or dishonor, to the latest generation. 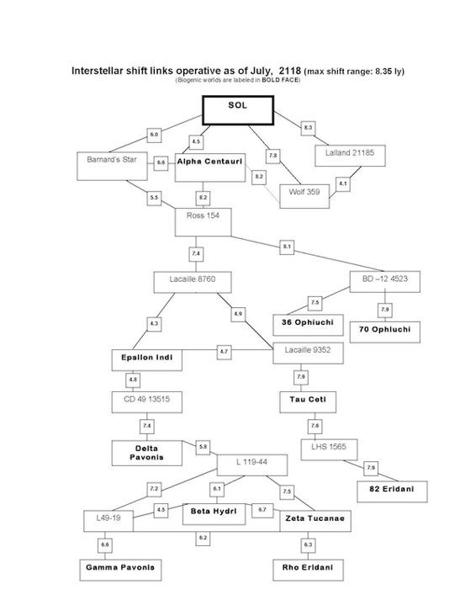 The maglev began decelerating. As it did, the light seeping in through the overhead plexiglass panel increased sharply: they were now beyond the safety of the base’s tightly patrolled subterranean perimeter. Caine Riordan, newly minted commander in the United States Space Force, glanced at the young ensign beside him. “Are you ready?”

Ensign Marilyn Brahen looked out the even narrower plexiglass panel beside the door, checked the area into which they were about to deploy. There was blurred, frenetic movement out there. “Were we expecting a lot of—company?” she asked.

“No, Ensign, but it was a possibility.” Caine rose. “So we improvise and overcome.” She stood beside him as the doors opened—

—and they were hit by torrent of loud, unruly shouts from a crowd beyond the maglev platform. The group swiftly became a tight-packed wall of charging humanity, their outcries building before them like a cacophonic bow-wave.

Ensign Brahen eyed the approaching mob, news people already elbowing their way into the front rank, and swallowed. “Sir, you think those crazies will stay outside the car?”

“Not a chance.”
And given the automated two-minute station stop, they’ll have us pinned in here before we can leave.

“I gotta confess, sir,” she continued, “this wasn’t what I was expecting when they told me I was going on a field assignment with you.”

“Well,” mused Caine as the reporters closed the last ten meters, “we
are
off-base. And technically, the civilian sector is ‘the field.’” Caine smiled at her, at the charade which was to be his one and only “command,” and stepped out the door.

The moment his foot touched the maglev platform, an improbably shrill male shriek—“Blasphemer!”—erupted from the center of the approaching crowd, followed by a glass bottle, spinning lazily at Caine.

Behind him, he heard Ensign Brahen inhale sharply, no doubt preparatory to a warning shout—

But recent dojo-acquired reflexes now served Caine better than a warning. Without thinking, he sent the bottle angling off to smash loudly against the side of the passenger car behind him.

As Caine sensed Ensign Brahen moving up to cover his flank, he scanned the rear of the crowd for the presumably fleeing attacker. Instead, he discovered the assailant was standing his ground, right fist raised, left arm and index finger rigidly extended in accusation—

—and which disappeared behind the surge of newspersons that surrounded Caine as a wall of eager faces and outstretched comcorders. Somewhere, behind that palisade of journalists, the attacker shrieked again. “Blasphemer!” But his voice was receding, and then was finally drowned out by the mass of jostling reporters and protestors that threatened to shove Caine and Ensign Brahen back against the maglev car. Their inquiries were shrill, aggressive, and rapid.

“Mr. Riordan, is it true you’re the one who found the remains of an alien civilization on Delta Pavonis Three?”

“Caine! Caine, over here! Why wait two years to announce your discoveries?”

“Who decided that you’d announce your findings behind closed doors: the World Confederation, or you, Caine?”

A young man with a bad case of acne and a worse haircut—evidently the boldest jackal in the pack—stuck a palmcom right under Riordan’s nose. “Caine, have there been any other attacks like the one we just witnessed, by people who believe that your reports about exosapients are just lies intended to undermine the Bible?” Ironically, that was the moment when one of the protestors waved a placard showing a supposed alien: a long-armed gibbon with an ostrich neck, polygonal head, tendrils instead of fingers. Actually, it was a distressingly good likeness of the beings Caine had encountered on Dee Pee Three, prompting him to wonder,
so who the hell is leaking that information?

The young reporter evidently did not like having to wait two seconds for an answer. “So Caine, exactly
when
did you decide to start undermining the Bible?”

Caine smiled. “I’ve never taken part in theological debates, and I have no plans to start doing so.”

A very short and immaculately groomed woman extended her palmcom like a rapier; Caine resisted the impulse to parry. “Mr. Riordan, the World Confederation Consuls have declined to confirm rumors that you personally reported the existence of the exosapients of Delta Pavonis Three at this April’s Parthenon Dialogues. However, CoDevCo Vice President R. J. Astor-Smath claims to have evidence that you were the key presenter on the last day of that meeting.”

Caine labored to keep the smile on his face.
It would be just like Astor-Smath, or some other megacorporate factotum, to put the press back on my scent. But how the hell did they find me out here at Barnard’s Star?
Caine prefaced his reply with a shrug. “I’m sorry. I’m not familiar with Mr. Astor-Smath’s comments, so—”

Another reporter pushed forward. “He made these remarks two months ago.” The reporter’s palmcom crackled as it projected Astor-Smath’s voice: composed, suave, faintly contemptuous. “I wish I could share more with you about the Parthenon Dialogues, but the late Admiral Nolan Corcoran prevented any megacorporation—including my own, the Colonial Development Combine—from attending. However, we do have reliable sources who place Mr. Riordan at the second day of the Parthenon Dialogues.”