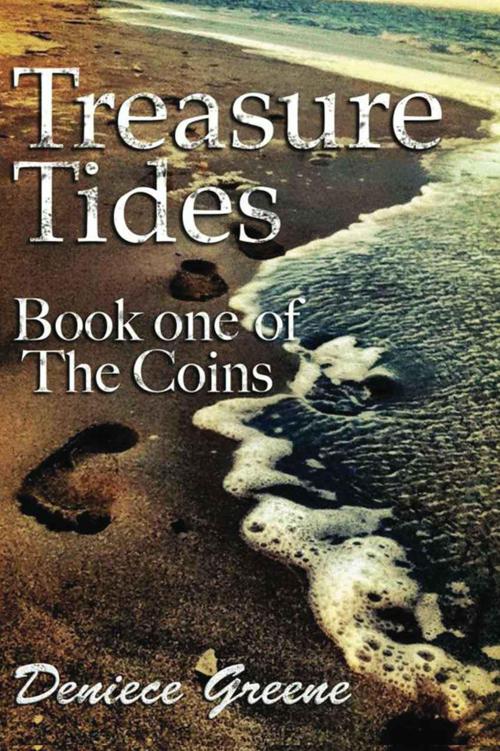 This book is dedicated to my daughter Rebekah. You have been the
light of my life for the past 23 years. I am proud of the young woman
you have become. You are smart, beautiful and talented; with a heart
too big for your own good. Follow your dreams! You are capable of

anything you set your heart on. I’m so glad God gave you to me.
I love you!!
Mom
ACKNOWLEDGMENTS
Thank you Clara, for the
beautiful
beach photo featured on the cover of
this book. You are a very creative and talented photographer.

Thank you to Lily, Megan, and Natalie for the inspiration you provided.
I’m so thankful for my girls. I love you all and am proud of each and
every one of you. I am blessed by your love, creative personalities,
and energetic enjoyment of life.

I would also like to thank my husband (my very own Prince Charming),
who washed and dried countless loads of laundry, supplied dinner (you
notice I didn’t say cooked), and generally took care of
everything
… while I
typed, and typed, and typed. I Love you!

To my parents…your love and support have been the catalyst behind us
all
. Thank you for continuing to love and guide us through the many
twists and turns of our lives. Thank you for being the best parents in the
world!

Thank you to other friends and family members (who shall remain
nameless), for the colorful inspiration you continue to provide.
To those we have lost…you are missed.

Mrs. Linda Welch - teacher, mentor, editor, friend. If all English
teachers could be like you, the World would have more authors in it
today. You always expected the best from your students and patiently
worked with us until we succeeded. Thank you from the bottom of my
heart for wielding that red pen twenty-some odd years ago… (OK,
maybe closer to thirty)… and for removing a million commas from this
manuscript!!

Katherine Land-- Cover Artist Queen! Thank you for taking a beautiful
photo and making it so much more. Your intuitiveness, talent, and
artistic abilities are amazing. Great job Kate!

The characters and events in this book are fictitious. Names, characters,
places, events, and incidents are the product of the author's imagination
or are used fictitiously.

Becki Stephens
- Recently relocated to South Carolina, she is currently
working as a waitress in a local Pub. Becki has a big heart and sees the
good in everyone. Unfortunately, she is about to be entangled in a battle
between good and evil.
The crate Becki discovers while scuba diving
may contain her heart’s desire, but will she live through it?

Royce St. John
- Special Ops Team Leader. Royce is locked in a crate
and then dumped in the Ocean by Witches shortly after locating and
retrieving the coin initially. Royce is now two years behind schedule and
has no idea what happened to the coin after the Witches zapped him.
He must focus on finding the coin again and returning it to the Secret
Council before things go from bad to worse.
He must focus on
completing this mission with the same single-minded intensity that
helped him to survive losing the woman he loved.

Natie Stephens
- Becki’s step-sister is vacationing in South Carolina
with her boyfriend, Jonah Trevine. Natie’s life will be forever changed
by a chance meeting.

Jonah Trevine
- Natie Stephens less-than-faithful boyfriend. He has a
wondering eye and a cold heart, but Natie loves him.

Sean Jones
-Special Ops Team Techno Expert. Sean is a technological
wizard. His latest inventions include; V-Scan, which breaks down blood
in a Vampire’s system giving data on origin and temperature at time of
consumption; and TRAP, The
Techno Residual Aura
Procurement
device.

Kurt Rodgers
- Becki’s uncle, ex-military special ops, single father of
three.
His military background is more than it appears to be on the
surface.

Aaron St. John
- Father of Royce St. John, highly decorated former
ART Leader (retired). Aaron is married to Tammy and trying his best to
enjoy retirement…if his children can only stay out of trouble.

Tammy St. John
- Wife of Aaron St. John, mother of Joanna St. John.
Tammy is a former Secret Council member (retired) and she can be a real
Witch.

Trevor Simmons
- Charismatic playboy, daredevil, oh… and Warlock.
Trevor met Becki at the Pub after he was sent to Charleston to find and
retrieve the coin.
Their friendship was immediate and runs deep.
Unfortunately, Trev’s co-workers are blood-suckers who will kill anyone
who gets in their way.

The Secret Council of Elders
- A council comprised of both mortal
and immortal leaders, who do whatever is needed to make sure the
existence of
Witches, Warlocks, Vampires, Werewolves, and other
immortal beings remains secret. They govern all immortal beings and
enforce the rules of conduct.

ART
- Artifact Recovery Team - A Special Ops team created by The
Secret Council centuries ago.
The team is comprised of both mortals
and immortals working together to maintain balance in the civilian
world.

What is that god-awful noise? Royce thought as he struggled to open his
eyes through the sledge hammer pounding on his skull. It seemed to be
keeping time to the beat of music blaring from extremely large speakers
in very close proximity.

“Oh my God, Jonah, you are giving me a headache,” Natie said
rubbing her temples. “I want to relax and work on my tan, not listen to
you pound on that stupid crate. I don’t know why Becki had to bring
that thing on board anyway. It’s probably full of junk no-one else
wanted, a stupid time-capsule or something.”

“Well we won’t know if we don’t get it open, will we?” Jonah asked
snidely, as he continued to pound and pry using the limited resources he
had available on the boat.

“Seriously, leave the stupid thing alone, Jonah! Uncle Kurt has the
tools to open it at his house and you
are
giving me a headache! Give it a
rest!”