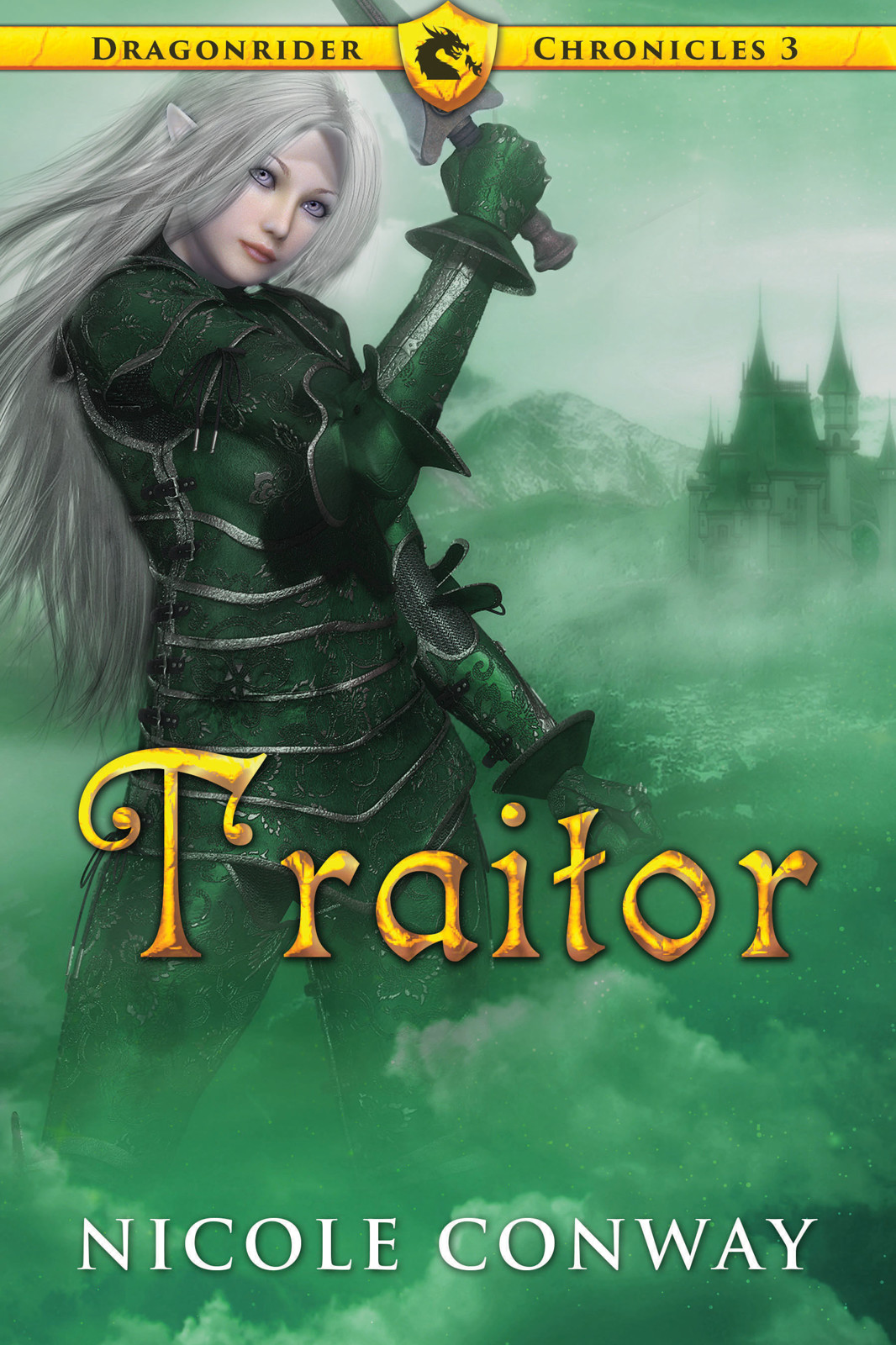 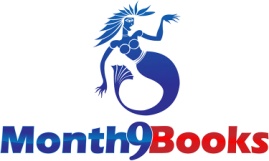 This book is a work of fiction. Names, characters, places, and incidents are either products of the author’s imagination or are used fictitiously. Any resemblance to actual persons, living or dead, business establishments, events, or locales is entirely coincidental. The author makes no claims to, but instead acknowledges the trademarked status and trademark owners of the word marks mentioned in this work of fiction.

All rights reserved. Published in the United States of America by Month9Books, LLC.

No part of this book may be used or reproduced in any manner whatsoever without written permission of the publisher, except in the case of brief quotations embodied in critical articles and reviews.

To my son, Ethan.

May you never be afraid to be the hero 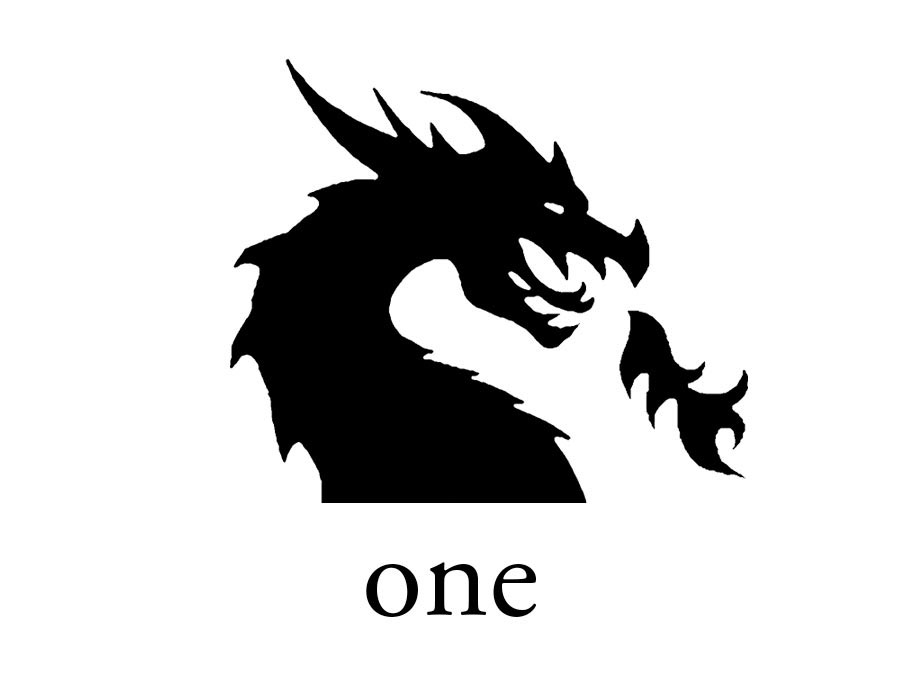 The world had changed.

And so had I. Nothing was simple anymore. Nothing was as it seemed—or as I thought it would be. I always lived my life with one little shred of confidence. Even though I had no idea where I was going, be it to a prison camp or to the dragonrider academy, I at least knew exactly where I’d come from. My mother was a beautiful, gentle gray elf woman. My father was a cold, abusive, tyrannical human who made saddles for dragonriders. Those were facts I’d known I could rely on.

But as it turned out, not even that was true. Every passing night brought more dreams and more strangeness. Secrets were mocking me from the shadows of my past. I couldn’t shut out the noise anymore. And it was beginning to wear away what little bit of sanity I had left.

When I had first set foot into Blybrig Academy for Dragonriders as a terrified child, I was the very last person you’d ever want to stick into a dragon saddle and send off into combat. But now, as I leaned into Mavrik’s speed, feeling the strength of my dragon’s wings as if they were my own … I knew I wasn’t that child anymore. I couldn’t be.

I was a dragonrider—not only because I had been chosen, but also because Blybrig had made me one.

I’d fought through hell and back, been baptized in the inferno of combat and survival training to prove that I belonged here. Now I could stand and be counted among the men who called themselves the Dragonriders of Maldobar. I’d worked until I bled for every single step of progress. Was I terrified? Absolutely. Fear was a constant, but it paled in comparison to the sense of duty that burned in my gut now.

I wouldn’t fail. I wouldn’t falter. I would fight until my very last breath. Not for myself, or my own glory—I was fighting for the people I loved.

The battlefront was beckoning, and I couldn’t ignore that call. No dragonrider could. But I’d seen what it had done to others of my kind, and that impending reality was frightening.

You see, the battlefield changes everyone. You can’t get back what it takes from you, and you can’t erase the marks it leaves behind. I could look at my instructors and tell that much. Not all of them had gruesome physical scars, but they all had the same dead look in their eyes. It was the look of a soldier—the somber sense that they had seen things they couldn’t tell anyone about. They were living ghosts, mere specters of their former selves haunted by the things they’d done all for the sake of a blue banner bearing the king’s seal.

I poured my thoughts into my dragon’s mind. Our minds were melded together as one, so we exchanged wordless conversations as we darted through the steep, rocky canyons and soared over the sprawling, bowl-shaped desert valley. Blybrig was the only spot of civilization in sight. That stony fortress had been our home for so long now, and I couldn’t imagine being anywhere else.

But our time was almost up. We had to join my new squadron at Northwatch soon. I was supposed to be partnered up with my former instructor, Seasoned Lieutenant Jace Rordin, and act as his wing end. Together with our dragons, we would fly in combat until the war ended, we retired, or one of us got killed. That was the dragonrider way.

Jace had already left to rejoin the forces at the citadel. He’d given me a few days to gather my stuff and say goodbye to my family—which would have been nice if I’d had any worth speaking of. I hadn’t heard a word from my father, Ulric, since I’d started training. My half-brother, Roland, was the only one of my family members who had ever reached out to me. He was stationed with the infantry at Northwatch, too, and part of me was hoping I’d get to see him again.

As Mavrik and I reached the edge of the mountains that surrounded the valley, we soared higher and gazed out across the desert. The dark silhouettes of other dragons flickered against the blazing glare from the setting sun. The heat made the air ripple like water, and yet the mountains around us were crowned with snow. It was a beautiful contrast.

We flew until it was nearly dark, bolting through drills and running through every test of speed and aerial acrobatics we could. I pushed the limits of what I knew my body could take. It left us both exhausted when we landed back at the Roost. As I unbuckled from the saddle, Mavrik shook himself. He seemed glad to finally be free of my weight.

“Dinner?” I asked him as I took off my helmet.

He snorted in agreement.

I brought him up a bucket of cut meat scraps and refilled his water trough before I started taking off his saddle or my armor. It was a lot of work, and I had to make sure to check over every buckle and strap for possible damage. I stacked all our gear in the corner of his stall and sat down on the open ledge that overlooked the academy. My body ached from riding. My hands were sore and my palms were raw from gripping the saddle handles—even through my thick riding gauntlets. I was tired, filthy, and hungry. But this was my last time to watch the sun set over the academy. I didn’t want to miss it.

When Mavrik finished eating, he strolled over to flop down beside me. He curled his tail around his body and tucked his wings in close to his sides, resting his huge snout right next to me. I heard him puff a loud, deep sigh.

Mavrik’s catlike yellow eyes looked up at me, and an image of Felix and his dragon, Nova, popped into my mind.

Felix Farrow had been my best friend basically since we first met, which had been in our fledgling year of training. We’d been through a lot together since then, and still didn’t seem at all bothered by any of the bizarre things that were happening in my life. For that reason alone, I was determined to do everything I could to be as loyal to him as he had been to me.

“Yeah. We can’t let them go alone. Somebody’s got to keep that idiot from getting himself killed.” I smirked as I scratched his snout. It made Mavrik purr and his eyes closed. “Besides, there’s nothing left for us here.”

Once he was calm and settled in his stall, I carried all our gear downstairs to the tack room and stored it. It was dark when I started for the dormitories, so I didn’t think much of it when I passed people on my way. There were still plenty of students and instructors milling around, running last minute errands before they retired for the night. The few craftsmen that had come to make saddles and armor this year were already closing down their shops and dousing their forges.

I was looking forward to a hot meal and some sleep, maybe even a bath to soothe my aching shoulders, but someone suddenly grabbed my arm. I stopped, turning back to squint through the darkness.

At first, I barely recognized him.

It had been a year since I’d spoken to Bren, and he didn’t look at all like he had the last time we’d parted ways. Last I had seen him, he had been smitten with my former childhood friend, Katalina Crookin. They had both been in an apprenticeship to become blacksmiths, and Bren had demonstrated a lot of talent when he fixed my scimitar. He was kind of a simpleton, but I had to give him some credit. He had a good heart, and a sunny disposition that sometimes made me want to choke him. Despite that, and Katty’s fiery disapproval, we’d become friends after I had saved him from being mauled to death by a pack of wolves.

The Vampire-Alien Chronicles by Ronald Wintrick
Backlands by Euclides da Cunha
Isabelle the Itch: The Isabelle Series, Book One by Constance C. Greene
Tempted by a Dangerous Man by Cleo Peitsche
3013: MATED (3013: The Series) by Roma, Laurie
Murder Is a Piece of Cake by Elaine Viets
Twisted Paths by Terri Reid
Lunar Follies by Sorrentino, Gilbert
Diving Into Him by Elizabeth Barone
The Dictionary of Human Geography by Michael Watts