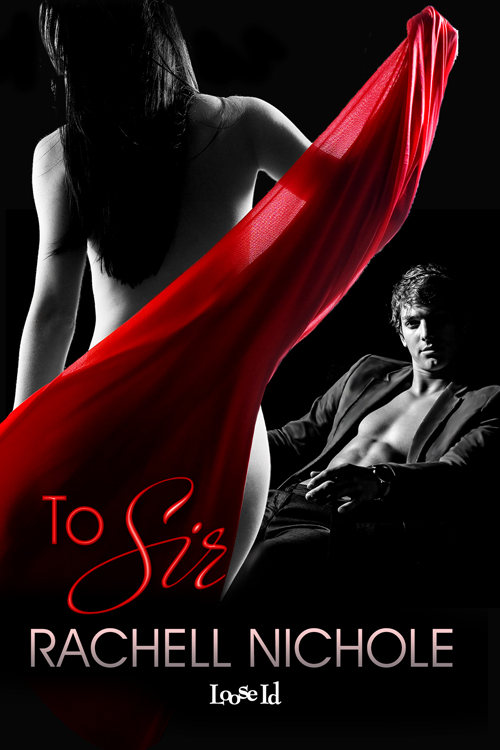 To Dr. Gary and your wonderful wife. Thanks for saving my technologically challenged ass. Couldn’t have finished this book without your help! And here’s to keeping an exciting, healthy marriage!

The first thanks for this book has to go to the beautiful and wonderful Nona Raines, who was the first person to steer me in the right direction of kink. She lent me books, invited me to join kinky social media sites, and let me bug her with stupid questions.

Second, I must say thanks to all my lovelies at Loose Id. I love to talk, share book ideas, brainstorm, and work with these women. I’d especially like to extend my undying gratitude to my editor, Serena, whom I will miss dearly. She helps me craft the books you have on your shelves (virtual or physical), and I will forever adore her for it!

And last, but certainly not least, a big thanks to my beta readers, my mom and Shay, who both gave me great feedback and helped me make this book better.

I look forward to delving deeper into this genre with the guidance and help of my fellow kink-centric authors.

Liz closed her e-mail and rolled her head from side to side, trying to find her center. If her agent, Sophia, didn’t stop forwarding these calls from the publishers, Liz might lose it. She’d stopped reading them months ago. Thinking about dominance and bondage left a bad taste in her mouth. What kind of self-respecting woman would allow herself to be subjugated like that by a man?

She’d never understood doormat tendencies. She’d like to give those kinds of men a piece of her mind. How dare they? The idea of a man dictating to her made her want to punch something.

Stop it.
She took a deep breath, forcing the anger back down. It wasn’t her place to judge women who wanted that kind of lifestyle, or the men who controlled them. She had to stop letting things like this get her all worked up simply because she wanted to pick a fight.

She knew she needed get back to work on her latest manuscript, but she couldn’t make herself open the document. It was past midnight anyway. Maybe she should call it a night and go to sleep. She ran her fingers through her still-damp hair. Taking a break an hour ago to shower should’ve set her in the right mind-set to work on this godforsaken book. But she couldn’t lock it down. She shivered in the cool breeze coming in the window from behind her. Yes, the allure of curling up in her warm bed was far too good to ignore.

She closed her laptop and clicked off her wireless mouse. Standing, she caught a glimpse of the wild woman in the mirror. Hair tousled in damp tangles around her bare oval face, cascading down her back, tickling her tattoo. That was way more Elizabeth Leigh staring back at her than Liz Clark. Sometimes the line between her supersexy alter-ego pen name and herself got blurred, and she could see that happening tonight. Not bothering to turn on any lights, Liz padded out of her home office in her bunny slippers. She knew where every last thing was, including all the clutter strewn about.

As she walked, she let the night sounds envelope her. She loved living in her house of solitude. No pets, no roommates, no neighbors. Only the light breeze, the chirping crickets, and gentle quiet to keep her company. The solitude helped keep the chaos always clamoring in her head at bay. But tonight she was restless and unable to concentrate on her book. Which meant she needed a recharge.

Liz settled under the silky sheets and heavy comforter and closed her eyes. Focusing on slowing her breathing, she forced her mind into the quiet that preceded sleep. A moment later, her mind rewarded her by sinking into the black abyss.

He slipped the veil over her eyes, shrouding her in darkness, and she shivered. She could feel the heat of him behind her, pressing into her body. Warming her in a way nothing else could. She wanted to lift her fingers to feel the soft fabric but knew she couldn’t. Knew her hands were bound behind her in a deceptively delicate-feeling strip of silk. Her heart pounded. She didn’t want this,
couldn’t
want this. Yet even as her mind protested, her breath caught, and desire flamed through her.

She couldn’t see, couldn’t hear anything over the drumming in her ears, but she could feel. The tight corset laced around her middle came up to the peaks of her breasts, chafing her nipples with every inhale and sending a delicious spiral of desire straight to her center.

He tugged at the restraints around her wrists, forcing her shoulders down and back and thrusting her nipples in one hard jolt against the edge of the corset. Oh, God! He pushed a leg between hers, keeping a firm grip on her restraints and inching her heeled feet apart even more. Her bottom half lay bare to his hungry gaze, save for the red stilettos he’d bought for her.

Spoiling her brought him pleasure, and who was she to deny him anything? She should. She knew she should, but she couldn’t resist him.

She clenched her thigh muscles to keep herself upright when she was already so full of need she wanted to beg. But it was too early in the night for that. If she started begging now, it would be hours before he granted her release. Hours of the most unbelievable pleasure she’d ever experienced, surely, but she didn’t want to wait that long.

His footsteps echoed around her as he came around to face her. His hot gaze burned along her skin as it roamed over her body. He tugged her breasts free of the fabric and groaned in appreciation. An answering rush of wetness soaked her core.

Only he could do this to her—dress her up the way he wanted with such slow strokes that she burned for him even before the scene really started. He reached around her to cup both ass cheeks in his large hands, and she bit her bottom lip to keep from crying out at that simple touch.

“Good girl,” he said. The caress of his voice was like a thousand feathers trailing down her spine. He smacked her right butt cheek hard, and a small squeal escaped before she could stop it.

“Maybe not so good after all.”

She didn’t reply. Really, he wasn’t looking for a response. So she stood immobile and waited. He let go of her. Then a cold, hard object pressed against her slit. Her muscles shook, but she remained silent. He rubbed it up and down her entrance, pushing it once against her clit, shooting a zing of pleasure through her. Then he was slipping it into her, a welcome invasion.

The hard bullet slid into her wet sheath with ease, and she gasped at the full feeling. He pushed his body against hers for a moment, lowering his lips to her ear and blowing softly. “Do not come,” he ordered her. And the bullet turned on, vibrating and pulsing within her. He bit down on her earlobe, and she screamed. He moved back from her, no doubt clutching the remote to the bullet going crazy inside her.

She was close, so freaking close. He pinched her left nipple, and she locked her knees to keep from falling.

“Good girl.” His voice deepened every time he spoke. She loved hearing that note in his words. The caress of love beneath his control. The bullet buzzed into high gear, threatening to break her hold on the orgasm she felt simmering below the surface. He would bring her to that edge and play with her there in just the way she liked.

He knew her body now. Probably better than she did. And he knew how fast and hard to bring her. When her life was spiraling out of control, he was the only person who could help balance her out. He was her rock in the middle of the chaos. A second later, a nipple clamp closed down on her already sensitized nub, and she whimpered.

“Almost there, baby. Hold on for me a bit longer.”