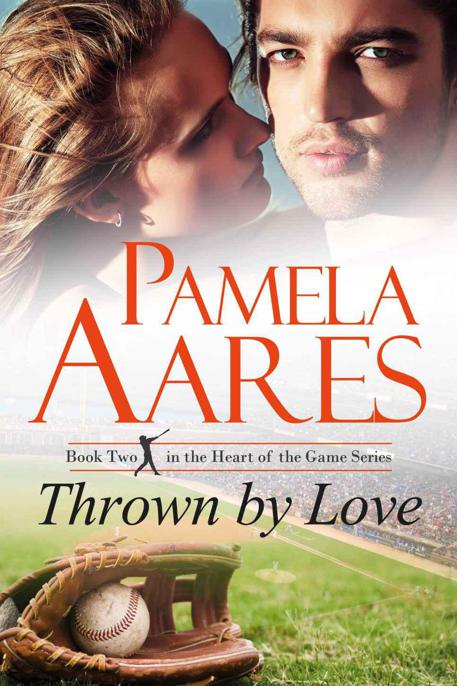 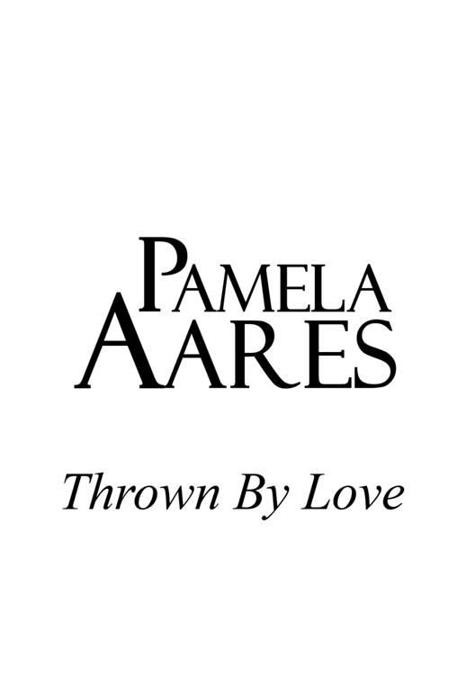 Ace pitcher Scotty Donovan has been traded from his longtime team—and hates it. But to his surprise, he now finds himself in the sweetest game of his life: winning the heart of smart, sexy physics professor Chloe McNalley.

Chloe loves teaching, but she's never fit into academia. When she falls for Scotty, she discovers his arms and heart are where she belongs. They share a passion for the game, a fascination for the mysteries of the universe and an increasing love for one another.

Then Chloe inherits Scotty's new team. As player and team owner, they shouldn't be dating. They try to hide their passion, until a blackmailer threatens them personally and professionally. Exposure could be the end of everything--Scotty's career, Chloe's team ownership, and their new love—unless they find a way to transcend the taboo standing between them.

For all lovers of romance. And for those who don't yet know that love powers everything. And for my dad who would've loved this book.

Other Books by Pamela

Chloe gathered a fistful of silk and stepped out of the limo. The cool night air sent goose bumps tingling across her skin as she climbed the marble stairs of San Francisco’s gleaming City Hall. Lights danced along the gilded façade and reflected off the sumptuous gowns of women strolling arm in arm with their tux-clad escorts.

She should’ve tried to find a date, but her jam-packed teaching schedule at Stanford left little room for dating, even if she wanted to face the complicated maneuvers to find one. She could locate a star in a distant galaxy, but finding a man she'd enjoy spending an evening with? She’d barely had time to change and rush to meet the driver her dad had sent to fetch her. Yet she couldn’t deny the truth: although her students loved her classes and she loved exposing them to worlds they’d never imagined, she’d never fit in with the stuffy academic crowd at Stanford. At twenty-six she was the youngest professor in the physics department; most of the others were as old as her father. There weren’t any date prospects there.

She reached the top of the stairs and dropped the hem of her dress to the smooth stone. Laughter and animated conversations punctuated the strains of soft jazz drifting out through the open doors. Party talk. She was well-schooled in
that
fine art, although it rarely held her attention.

Her father, surrounded by a group of men, stood just inside the foyer. They laughed at something he said, the sort of laugh that men give in the presence of another man they revere and admire. He looked like he’d aged a year since their lunch date—had it been only two weeks ago? She hadn’t noticed the fine lines and bluish circles under his eyes that afternoon. Maybe it was the lighting in the foyer but compared to the men around him, he appeared pale and drawn. When he caught sight of her, his eyes crinkled into a smile. He excused himself from the group and aimed straight for her.

“Hey, Spitfire, I thought you might’ve changed your mind,” he said as he folded her in his familiar bear hug.

Although she felt nothing like a spitfire after her long week, she didn’t get on him for using the nickname in public. He’d called her that since the time she’d stomped her foot in the foyer at Woodlands, determined not to go upstairs for a bath and bed when there were still precious minutes of daylight left to play in. Of course, she’d been only five at the time and didn’t remember the occasion or the tantrum. He could have made the whole incident up. Like any dad, he was given to the occasional hyperbole.

“Sorry I’m late. One of my students was struggling with the concept of space-time foaming forth,” she said, brushing her fingertips along her collarbone. She caught the nervous gesture and pulled her hand down to her side. This was just another party, even though a niggling voice deep within her whispered otherwise.

“I’m still struggling with foaming space myself.” Her father laughed and suddenly didn’t look as pale. He took her by the arm and led her toward the rotunda. “Come in out of that draft. They’re serving a wonderful chablis.”

He walked with her to the bar, nodding to acquaintances along the way. The gala was a fundraiser for the California Marine Mammal Center, and her father was a major sponsor of the evening. But that wasn’t why most eyes tracked him as he moved about the room. Peter McNalley owned the San Jose Sabers and had taken them, a team no one thought would amount to anything, to a World Series victory two years ago.

But last year things hadn’t gone so well. The team had struggled, hadn’t even reached the playoffs.

Chloe studied her father as he traded friendly words with the bartender, tipped him and then handed her a glass.

Maybe it was worry over the team that dimmed his usual robust energy. One thing about baseball, it had its peaks and valleys. But her dad knew the rhythms, the cycles. He lived and breathed the game; a bad season wouldn’t shake him. She hoped he wasn’t worrying about her. She was busy, sure. But she loved her job.

In the past few months he’d seemed mighty intent on her finding a nice guy to share her life with. He’d even hinted that perhaps her work schedule was interfering with her chance of meeting a suitable prospect. She had her career, she was happy, she’d argued, and for now that was enough. He obviously didn’t believe her.

“You wouldn’t want me to foist any of my colleagues on this crowd, although we do have a visiting professor from Oxford coming in next week. I’m told he’s half-normal,” she added with a wink.

“Half-normal might do,” he said as a smile lit his eyes. That smile, radiating deep joy, made anyone with him want to have whatever he was having, think whatever he was thinking. She’d inherited a bit of that from him–his joy in everyday pleasures. To her, it was his greatest gift.

He took her arm. “There’s someone I’d like you to meet.”

“
Dad
.” She gave him the McNalley ice glare.

When he led her to a woman in a shimmering gold gown, she was relieved. She wasn’t in the mood for another of his attempts at fixing her up.

“Dr. Brandon, this is my daughter Chloe.” He tilted his head toward Chloe. “She likes science.”

“Please, call me Jackie,” she said in a lovely English accent as she shook Chloe’s hand. “I read your paper on dark matter in the Science Herald journal last week. No matter what the academic establishment says about it being too poetic, I thought it spot-on.”

Chloe’s cheeks grew warm. Her article had been intended for the university newsletter, for a general audience of students at Stanford. The Dean of the Natural Sciences Department had forwarded it to the Science Herald without asking. Passion and science aren’t often paired, so she hadn’t been surprised that the article raised brows in academic circles.

“Thank you,” she said with a near stammer. Dr. Jackie Brandon was one of the most revered marine mammal vets in the world. Her research had changed international policy for the protection of ocean animals. And she had a reputation as a real scrapper. Her daredevil feats rappelling down cliff faces to get to stranded animals and being dropped by helicopter into remote areas to gather data had made her a darling of the press. Chloe had long admired her. She was the kind of scientist—hands-on and dedicated—Chloe hoped to be.

A waiter who had been circling stepped up with a tray of champagne. “Mr. McNalley,” he said with an awkward grin, “a couple of us were hoping you’d settle a bet.”

“That was sweet of him,” Jackie said as they watched Peter follow the grinning waiter.

“It’s why everybody loves him.” Her dad stepped into a circle of waiters and soon had them laughing. For all his riches and fame, he was approachable. She wasn’t the only one who felt that he cared.

“Wallflowers, eh?” A man’s voice boomed from behind them.

They turned to face two very tall men. Chloe wasn’t sure which had spoken. Both men had athletic builds, but the broad-shouldered blond man standing nearest to her caught her with a look that fused their gazes. He was doing some sort of mind meld, searching the crannies of her being and ferreting out her secrets. She forced herself to look away and back to Jackie.

“Wallflowers might soon be an endangered species,” Jackie parried. “Particularly at parties like this.” She gestured to Chloe. “This is Chloe McNalley.”

Chloe thought she saw the blond man’s eyes spark at the mention of the McNalley name. Most men’s did. Her dad was a lion in the sports scene and men paid attention.

“Dr. Esmond is my associate vet at the Center,” Jackie added, nodding toward the dark-haired man.

“Gage will do.” Gage extended his hand to Chloe, then turned to the man with the penetrating eyes. “And this is my new buddy, Scotty. He got me tickets to the Sharks game.”

Jackie laughed. “The way to Gage’s heart, if not through his stomach, is most definitely by scoring him hockey tickets. I think Canadians have hockey pucks implanted in their hearts at birth.” She turned to the man with the mind-meld eyes. “Good to see you, Scotty.”

Gage didn’t look like a hockey player, and neither did his friend. At least Chloe didn’t think so. Growing up in the sports world, she had come to recognize that players were often of a type. But she wasn’t so sure what hockey players looked like under all that gear and padding.

“Scotty Donovan.” The blond man extended his hand to her. As his fingers brushed against hers, a rush of energy spread through her body, like tiny particles of light slipping inside and lighting a path. She pulled her hand back, hoping her surprise didn’t show in her face.