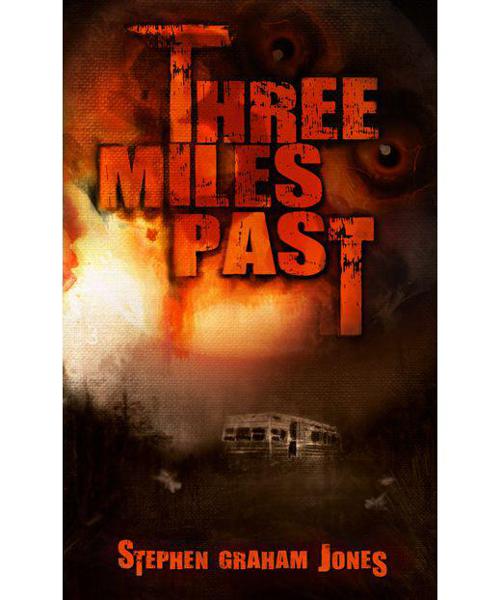 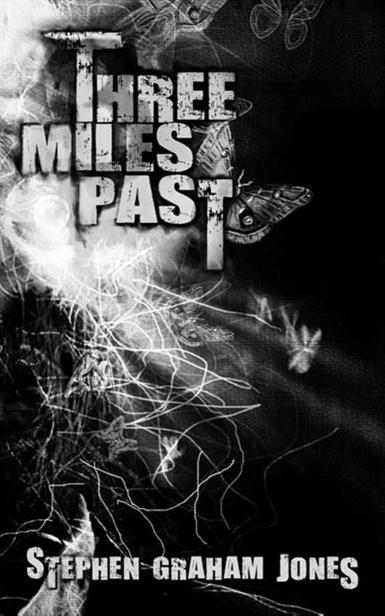 This edition of Three Miles Past

The Fast Red Road: A Plainsong

All the Beautiful Sinners

The Bird is Gone: A Manifesto

Bleed into me: A book of Stories

The Long Trial of Nolan Dugatti

It came from
Del Rio

The Ones that Got Away

Growing up Dead in
Texas

for Randy Howard, for everything

and for William Colton Hughes

The Coming of Night

"When Hippocrates visited the 'mad Democritus' in Abders, he found him sitting in front of his house surrounded by dead, disemboweled birds. He was writing a treatise on insanity and was dissecting the birds in order to localize the . . . source of madness."—Mikhail Bakhtin

"My head is full of monsters and I'm one of them."—Richard Kadrey

Unidentified, controversial remains discovered on the side of Highway 12 just outside Deridder, Louisiana in 1996, and subsequently either lost or taken. According to The Dequincy News, the remains expressed both canine and primate characteristics. The photographs support this. For many, the Deridder Roadkill established that the Cajun werewolf (loup-garou) wasn’t just legend. For others, the roadkill was a skunk-ape, or chupacabra, even a misplaced baboon. To the Louisiana Department of Wildlife and Fisheries, the photographs are just morbid documentation of a large, brown Pomeranian dog.

William drank three beers in his truck in the parking lot, just to get ready. He lined the cans up on the dash, looked through the second and third at the metal front door of the pound. The animal control trucks were nosed up to the building; it was almost five o’clock. William peeled the tab off a fourth beer, looked into it and shook his head no, because he knew he shouldn’t. Four was too many. He told himself not to be stupid. That there was no room for error. And then he laughed, killed the beer.

The fifth and sixth were nothing, not after four, but then, balancing the sixth on the dash like a wall, William straightened his legs against the floorboard, pushing himself back into the seat: for a moment the cans had quit being cans, had become the cushions him and his brother used to build forts with in the living room.

William hit himself in the side of the head until he was sure he wasn’t going to cry. He used a baby wipe from the glove compartment to stop the bleeding. Most people don’t know about baby wipes. William held the wet paper—fabric, almost—to his temple. It was cool, perfect. Then he held it over his mouth, breathed through it until he could breathe evenly again.

The fourth beer was a mistake, he knew that now, but it was too late. It had to be today.

Instead of leaving the cans on his dash, he dropped them over his shoulder, through the sliding rear glass. They landed in the bed. Any sound they made was muffled by the fiberglass camper shell. But they didn’t make any noise.

William stepped down from the front seat and was almost to the wheelchair ramp of the pound when he had to go back, check to see if he’d locked the door of the truck. And then, just because he was there, he checked the passenger door too, and its vent window, and then the handle on the camper, then the camper itself.

If he put his hands around his eyes, his nose to the black glass, he could see the silver cans in the bed of the truck, and if he looked into the cab, there were the classifieds, still open to Pets, four of the ads circled in blue, but he couldn’t spend all day in the parking lot.

He smiled and stepped away from the glass, faking a shrug for anybody watching, as if he’d just settled something with himself. There was nobody out there to see him. Just the same number of cars and animal control trucks there had been when he first pulled up.

He nodded to himself, moving his neck the way he imagined someone with the last name Pinzer would, then remembered to keep the tips of his fingers in the tops of his pants pockets. Because if he didn’t, the pound attendant would keep looking at his hands, at William’s hands, and then William would start looking down to them too, until that was all he could do.

Smile, he said to himself. People trust an easy face.

He hooked the door open with his forearm, caught it with his shoulder, stepped in sideways.

It was the usual waiting room—cast-off chairs, metal tables salvaged from the county’s overflow warehouse. The lamp was one that an attendant’s mothers had probably given them years ago, when she was updating her sitting room. The too-green plant would be from another attendant, who had pretended she’d bought it with the coffee money but had really paid for it herself, to liven the place up, keep her from slitting her wrists one night.

William took it all in in a dismissive glance, noticed that his hand was in his beard.

He lowered it slowly, his teeth set with the effort.

Behind the desk, nobody. On the wall, certificates, awards, letters of thanks framed twenty years ago. Near the hall leading back to the barking, two clipboards. One from today, Monday, and one for the weekend.

William swallowed, leaned toward the lists.