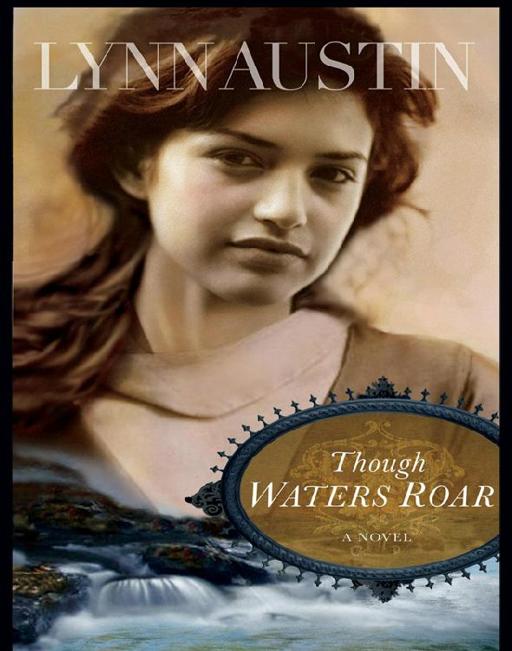 Unless otherwise identified, Scripture quotations are from the King James Version of the Bible.

All rights reserved. No part of this publication may be reproduced, stored in a retrieval system, or transmitted in any form or by any means—electronic, mechanical, photocopying, recording, or otherwise—without the prior written permission of the publisher. The only exception is brief quotations in printed reviews.

To my husband
Ken
and my children,
Joshua, Vanessa, Benjamin, Maya, and Snir
with love

God is our refuge and strength,
an ever-present help in trouble.
Therefore we will not fear, though the earth give way
and the mountains fall into the heart of the sea,
though its waters roar and foam
and the mountains quake with their surging.

I lay in my jail cell on a squeaky iron bunk, gazing at the stained mattress above me, and I remembered the day I first understood the meaning of the word
ironic.
I couldn’t help smiling at . . . well, at the irony of it. The meaning had become clear to me ten years ago on the day my grandmother, Beatrice Monroe Garner, was arrested.

That day had also been a Saturday—just like today. Mother had been distressed because Grandma Bebe, as we called her, would miss church services tomorrow if Father didn’t go down to the jailhouse and bail her out.

“She can’t spend the Sabbath in prison!” Mother had wailed. “Please, John. We have to get her out of there!”

I was going to miss church services tomorrow, too, come to think of it. Who would teach my Sunday school class of ten-year-old girls? As my father undoubtedly would have pointed out: “Perhaps you should have considered their welfare before getting yourself arrested in the first place, Harriet.”

I had been the same age as my Sunday school girls when Grandma Bebe landed in jail that day. My sister, Alice, and I had been eating breakfast with our parents when the telephone rang. The device was brand-spanking-new back then in 1910, and we all stopped eating, listening to see if it would chime our party line exchange of three short rings. When it did, Mother unhooked the earphone and cupped it to her ear, standing on tiptoes to speak into the little cone-shaped mouthpiece. She burst into tears the moment she replaced the receiver.

My older sister gasped. She was the feminine, fluttery type of girl who did a great deal of gasping. “Arrested! But why? What did Grandma do?”

“Oh, how could they do such a thing to her?” Mother cried.

“Is there any more coffee?” my father asked calmly. “I would like another cup, if you don’t mind.”

“Oh, John! How can you drink coffee at a time like this? Don’t you care?”

“Beatrice Garner cares nothing at all for her family’s reputation, so why should I care what happens to her? She knew the consequences when she and that temperance gang of hers started running around smashing whiskey barrels. She made her bed when she decided to become another Carrie Nation, and now she’ll have to lie in it.”

This brought another cloudburst of weeping from Mother. Alice rose from the table to comfort her. Father sighed and handed me his empty cup. “Fill this for me, would you, Harriet? That’s a good girl.” Our hired girl had the morning off, so I obediently took his cup to the kitchen to refill it, then sat down and waited for act two of this drama.

“Please, John. I’m begging you, ” Mother said. “Please get her out of that terrible place.”

“And that’s another thing,” Father said. “What kind of an example is she setting for our daughters?” He poured cream into the coffee I’d brought him and slowly stirred it as if not expecting a reply.

Aside from begging and weeping, my mother could do nothing to help Grandma Bebe—which was ironic, since Grandma was working hard to give women more power in this world. And Grandma Bebe despised tears.
“Women should never use them as weapons,”
she always insisted,
“especially to prevail upon a man to change his
mind.”
Yet, ironically, my mother had resorted to tears in order to persuade my father. Grandma Bebe would not have approved.

But Grandma was in jail.

And tears were ultimately what convinced Father to go downtown and bail her out. Alice had joined the deluge of weeping, and Father wasn’t strong enough to stop the flood or stand firm against it. No man was. My sister’s heart was as soft and gooey as oatmeal. She could turn her tears on and off like a modern-day plumbing faucet and was capable of unleashing buckets of them.

Alice was sixteen and so beautiful that brilliant men became stupid whenever they were around her. The moment her wide, blue eyes welled up, every man in sight would pull out a white handkerchief and offer it to her as if waving in surrender. Grandma Bebe had no patience with her.

“Your sister could do a great deal of good for the cause,” she once told me. “Alice is the kind of woman who men go to war over—like Helen of Troy. But she’ll squander it all, I’m sorry to say. She’ll surrender to the first humbug who dishes her a little sweet-talk. Women like her always do. It’s too bad,” Grandma said with a sigh. “Your sister believes the lie that women are the weaker sex. Her prodigious use of tears perpetuates that myth. . . . But there’s hope for you, Harriet,” Grandma Bebe added. Whenever the subject of Alice’s amazing beauty arose, Grandma would pat my unruly brown hair and say, “Thank goodness you’re such a plain child. You’ll have to rely on your wits.”

The fact that Alice came to Grandma’s rescue with tears is ironic, isn’t it? I didn’t join the torrent of weeping that morning. I didn’t want to let Grandma down.

I loved my grandmother, and I greatly admired her ferocity and passion. Mind you, these weren’t qualities that polite society admired in women, but they fascinated me. Even so, I didn’t want to be like my fiery grandmother and end up in jail, any more than I wanted to be a dutiful wife like Mother or a virtuous siren like Alice. But how was I supposed to live as a modern woman, born just before the dawn of the twentieth century? What other choices did I have? That’s the question I was endeavoring to answer when I ended up in jail.

But I was only ten that fateful day when Grandma got arrested and still young enough to be ignored most of the time unless Father needed more coffee. I was a keen observer, however, absorbing everything that went on around me as I began drawing a map for my life. Grandma Bebe told me that everyone’s life led somewhere, and so I needed to have a plan.

“Grip the rudder and steer, Harriet. Don’t just drift gently down the
stream. If you don’t have a map, you might run aground somewhere or end
up crushed against the rocks. Always know where you’re headed.”

She had given up on coaching Mother and Alice—her current saviors, ironically—and had begun putting all of her effort into shaping me. She made that decision after she saw me kick Tommy O’Reilly in the shin one day when he tried to bully me into giving him my candy. Tommy was the constable’s son, and he bullied all the kids in town. But that day I took a step toward him as if about to give him a cinnamon stick and kicked his bony shin, instead.

“You, my dear, have potential!” Grandma said as Tommy hopped around on one leg, howling. “You’ll never float downstream, Harriet. You know how to paddle!”

My map was still just a pencil sketch, to be sure. In later years I would embellish it as each new experience added details to the picture. In time, I would carefully identify all of the dangers to avoid, all of the pitfalls to be wary of. I was trying to heed Grandma’s advice, you see, but had she heeded her own? Had she deliberately steered her way into the town jail, or had she let go of the rudder? Or misplaced her map? If she ever got out of jail again, I intended to ask her.

“Please, Father, please!” Alice begged, kneeling at his feet like someone out of the Bible. “Please don’t leave Grandma there forever!” Alice had worked herself into such a frenzy that she was about to faint. She was a champion at swooning—another womanly trait Grandma loathed. All Alice had to do was lift her dainty hand to her brow and flutter her eyelashes, and every man in sight would race to catch her before she fell.

Father set down his coffee cup and turned to me. “Get the smelling salts, Harriet. That’s a good girl.”

Alice was still kneeling, so at least she didn’t have too far to fall this time. As I sprinted upstairs to retrieve the vial of ammonia salts, I heard Father say, “Oh, very well. You can stop all the caterwauling. I’ll go down and bail Beatrice out of jail.”

I didn’t blame Father for wanting to flee from the rising floodwaters. I raced back to the kitchen and pulled the cork on the smelling salts, then shoved them under Alice’s dainty nose. When order was restored, I followed my father out to the front hallway.

“May I go with you to rescue Grandma?”

“Certainly not! Jail is no place for a delicate young lady.”

Back then I didn’t believe him, but the truth of his statement was now quite clear to me as I lay in my own jail cell.

Father plucked his duster and driving gloves from the hallstand and stuffed his hat on his balding head, muttering darkly about Grandma Bebe as he headed out the door. I skipped along beside him, nodding in support. Together we started up the Model-T Ford, and I jumped into the passenger seat. The car rattled and coughed all the way to the end of the block before he realized I was still there.