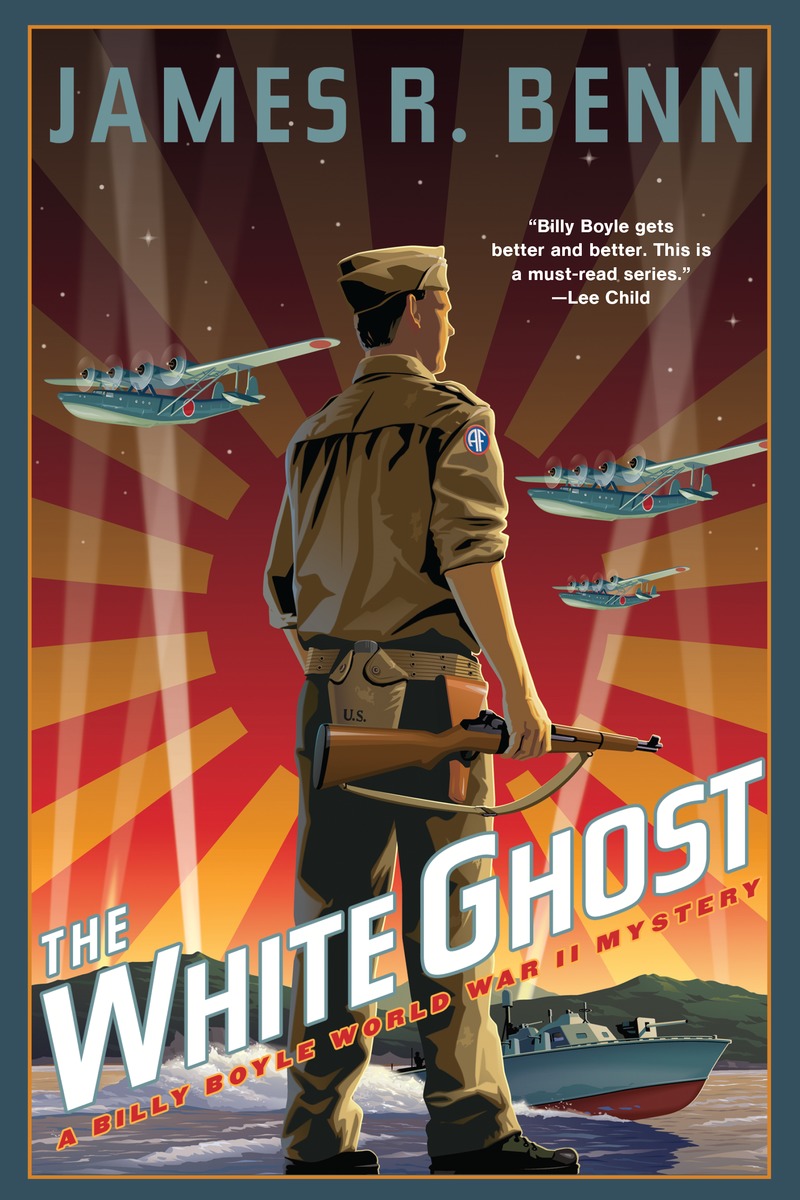 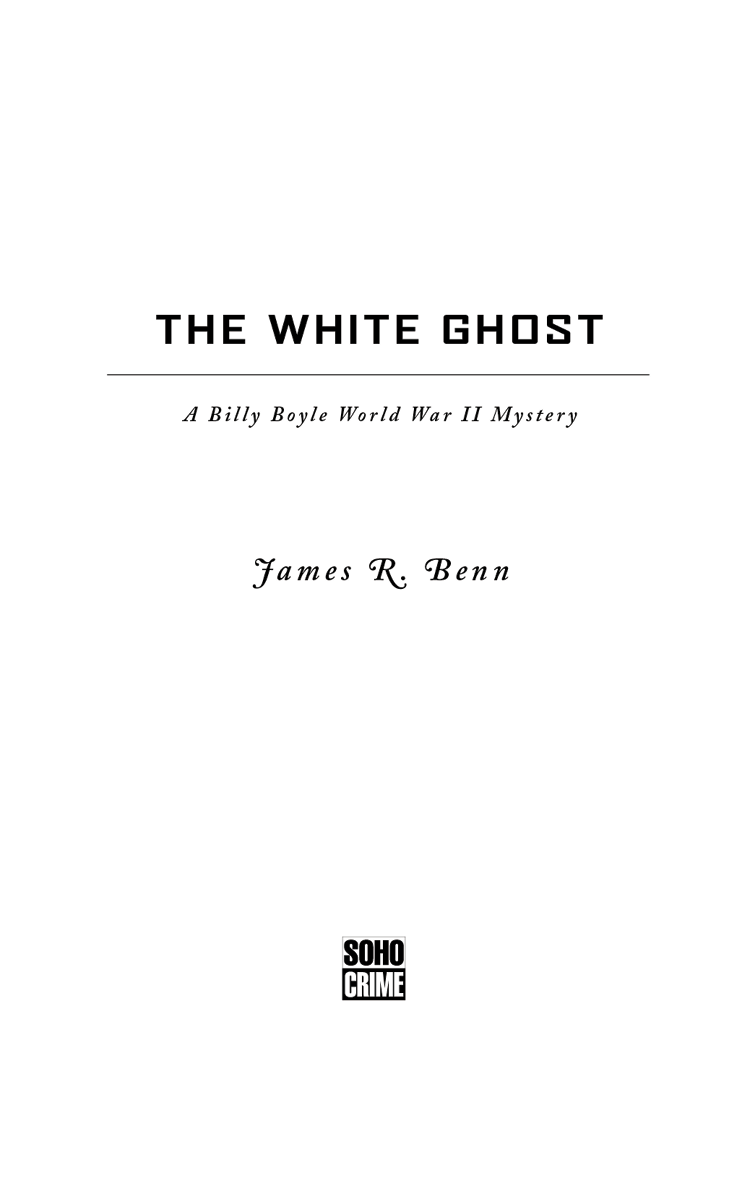 Also by the Author

The Rest Is Silence 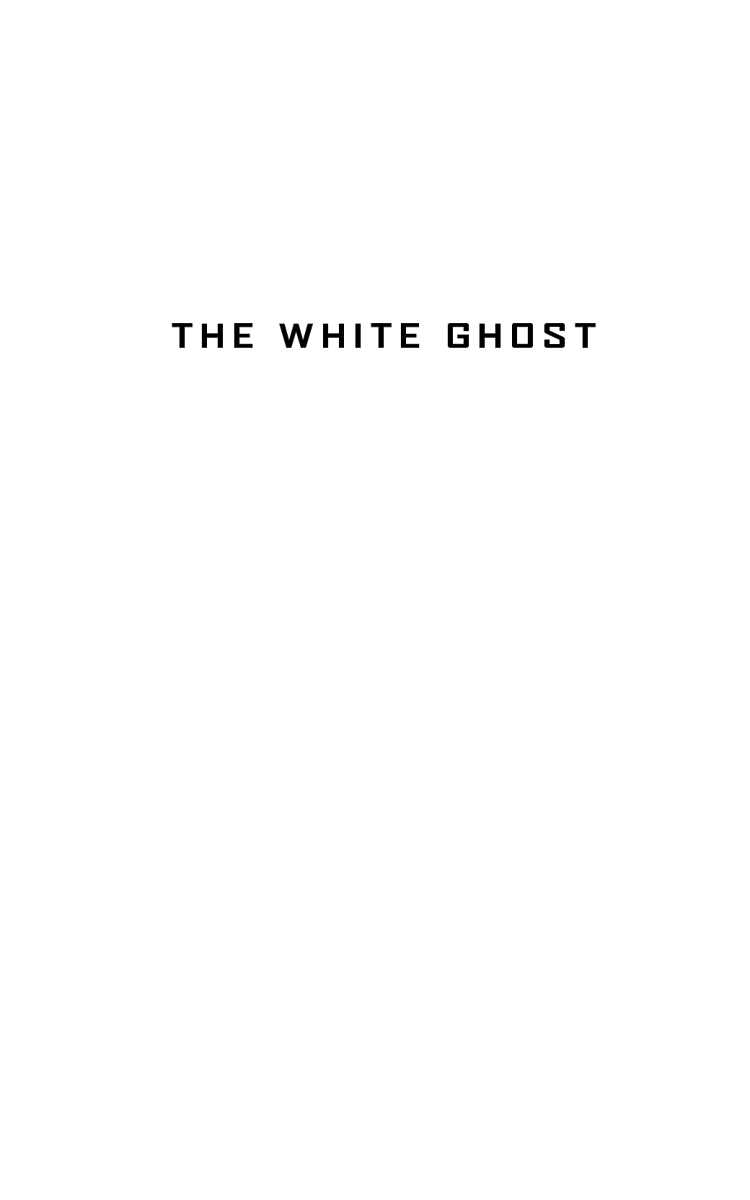 Dedicated to the memory of my mother,

Born in the Old World, lived and loved in the New World.

The convoys of dead sailors come;

At night they sway and wander in the waters far under,

But morning rolls them in the foam. 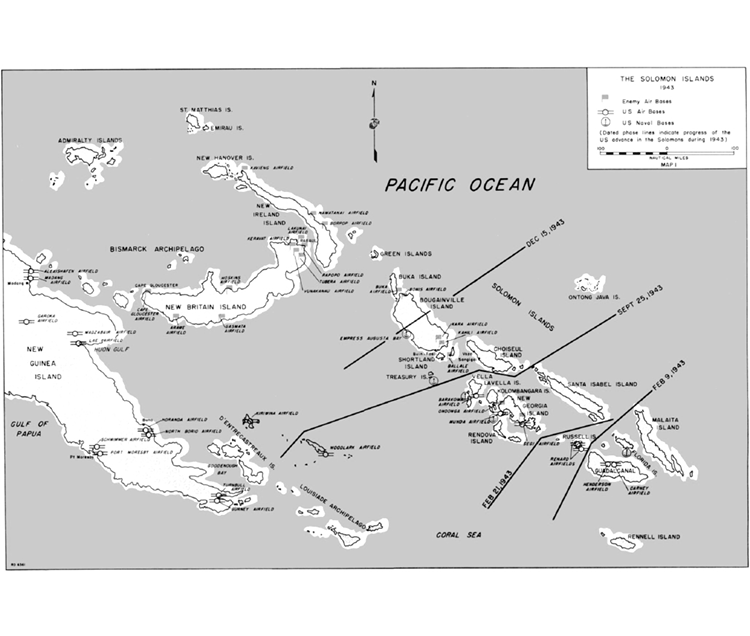 Seventy years after
the Solomon Islands Campaignâthat hard-fought duel between the Allies and Japanese forces on the doorstep of Australiaâtop secret documents are still being declassified after decades of mandated confidentiality.

Under the requirements of the Espionage Act (Title 50 of the US Code) certain US Navy and State Department reports and communications relating to the Solomon Islands Campaign have been sealed these many years. Through Executive Order 13536 (Sections 1.4 and 3.7) some of those documents were recently declassified and made available through government archives.

Now, the story of how Billy Boyle came to journey to the South Pacific in 1943 can finally be told.

Astute readers may have noted Billy's absence between the invasion of Sicily (
Blood Alone
), which occurred in July 1943, and his appearance in Jerusalem in November 1943, before being sent on assignment to Northern Ireland, as recounted in
Evil for Evil
.

He was not idle during those months.

With the governmental veil of secrecy lifted, the events of 1943 immediately following Billy's Sicilian assignment are chronicled here for the first time.

I turned away
from the hot wind gusting against my face, gave up watching for incoming aircraft, and went inside. Again. I glanced at the clerk pecking away at his typewriter, avoiding my eyes. I'd asked him the same question so often he'd begun to ignore me, in the polite fashion of a busy corporal who didn't want to be pestered by a dime-a-dozen second lieutenant who'd drifted in from another outfit.

When is the flight expected in?

Who am I supposed to meet?

Where is your commanding officer?

He was very good at not knowing anything. I paced the room, back and forth along the tall windows that fronted the airfield, watching the sky for a glimpse of B-24 bombers. It was cool inside, the whitewashed stonework keeping out the midday Moroccan heat.

“Relax, Billy,” Kaz said. He tilted back in his chair, crossing his legs, but not before shaking out the crease in his trousers. Kaz dressed only in tailored uniforms, even when it was desert khaki. Lieutenant Piotr Augustus KazimierzâKaz to his friendsâwas with the Polish Army in Exile, attached to General Eisenhower's headquarters. Kaz was a real baron as well, which he usually only brought up when trying to get a decent table at a restaurant. In French Morocco or Algeria, a baron easily outranked a colonel, at least as far as any decent maÃ®tre d' was concerned.

“Relax? I
was
relaxed, back at the Hotel Saint George in Algiers,” I said, knowing I sounded half-crazed. Yesterday I'd been ready for some well-needed leave with my girl in the swankiest joint in Algiers, and now here I was waiting for who-knows-what at an army airfield six hundred miles away. “How can I relax when even General Eisenhower didn't know about these orders?”

“If worrying and pacing would help, I would join you,” Kaz said, tossing aside the week-old newspaper he'd been reading. It was the
Miami Herald
, dog-eared and yellowed after its long journey. Anfa Airfield was on the Air Transport Command run from the States. Miami to Puerto Rico, then down to Brazil, over the Atlantic to Dakar and up to Casablanca. The flight office was a good place to pick up discarded newspapers from home and see what the civilian world was up to. I glanced at the front page and saw that coal miners were out on strike, even though the United Mine Workers had made a no-strike pledge when the war began. FDR was threatening to end deferments for any miners who stayed out on strike, but only a few had returned
to work. Steel mills had been shut down for two weeks without coal to
fuel their furnaces. No coal meant no steel. No steel meant no tanks, bayonets, or destroyers. I should have gone straight to the funnies.

“They came direct from the War Department,” I said, dropping into the chair next to Kaz, struggling to keep my voice low. “Signed by General Marshall himself, Army Chief of Staff. He's
Ike's
boss.”

“I am well aware of who General Marshall is,” Kaz said. “If I had not been, the twenty or so times you have told me since we left Algiers would've sufficed to inform me.”

“Don't you find it strange that our boss's boss is sending us orders direct from Washington D.C.? And that General Eisenhower doesn't have a clue what it's all about? Never mind the fact that we're stuck here waiting for a courier and no one seems to know anything?” I failed utterly at keeping my voice low. The corporal ceased his typing and looked up at me, shaking his head wearily.

“It is strange,” Kaz said. “But then, life is strange, is it not? I never thought I would serve in the British Army, much less work for our general, and with you to keep me company. So what is one more small surprise? Patience, Billy.”

“I don't have time for patience,” I said, and rose to get back to my pacing. I thought I heard Kaz stifle a laugh, or maybe it was the corporal. I didn't care. I'd left Diana Seaton back in Algiers, which was where I wanted to be right now. Diana is an agent with the Special Operations Executive. She's a lady, an authentic British aristocrat. I'm Boston Irish, and hardly a fancy-pants kind of guy. We make one damned odd couple. Diana's last assignment had been a rough one, and we had both been looking forward to a week of time to ourselves. Maybe this summons would amount to nothing and I'd be back at the Hotel Saint George in time for dinner. Hell, if worrying doesn't help, as Kaz said, why not be an optimist? I tried, but he was much more practiced at nonchalance than I'd ever be.

Kaz hasn't had an easy time in this war either, but that's a long story. The scar he got last year has healed as well as expected, but it's still the first thing you notice when you see him. A jagged line from eye to cheekbone, it's a constant reminder of all he's lost. Both of the people I'm closest to over here have lost what's most dear in their lives, so I tend to be protective of them. Quite a job in wartime.

Two P-38 Lightning fighters swept in over the airstrip, distracting me from thoughts of personal losses. They banked low and disappeared beyond the rolling green hills facing the sea. I strained my eyes and thought I saw tiny dots in the distance. The B-24s? Perhaps the fighters had been their escorts.

“Lieutenant Boyle?” A door slammed and a major in rumpled khakis strode into the flight office, a cigarette dangling from his lips. He glanced at the corporal who indicated me.

“Yes sir,” I said. “Can you tell me anything? We've been waiting for hours.”

“All I know is I'm supposed to give the two of you use of my office, to meet with a US Navy officer on this incoming flight from Dakar. He'll be brought straight here.” He drew on his cigarette and spit out a bit of tobacco. “And don't ask me any goddamn questions because I don't have any goddamn answers. Make it snappy and clear out of my goddamn office pronto, I've got an airbase to run. Understood?”

“Yes sir,” I said. We followed him down the hall to an office facing the runway, floor-to-ceiling windows giving a clear view of incoming aircraft. The sign on the door said Major Kilpatrick, Executive Officer. Whoever was behind all this had enough clout to make a major nervous. For all his bluster, I could tell Kilpatrick was putting the best face on a bad situation. Hell, it made me nervous, too.

“Do not sit at my desk, Lieutenant,” Kilpatrick said. I nodded my agreement as he crushed out his cigarette in the overflowing ashtray, leaving it smoldering as he departed, curses issuing from between clenched teeth. Kaz flopped into one of the chairs facing the tall windows overlooking the runway.

“As usual, we have not made a friend,” Kaz said, his smile tight, almost a grimace, where it touched the scar. “Mere lieutenants with orders from powerful men are viewed with such suspicion. It shows how insecure most officers really are.”

“For some guys, the rank is all they have. Junior officers with clout upset their view of the world,” I said. “I knew a few cops like that back in Boston. But you can't blame Major Kilpatrick. No one likes being tossed out of their digs, even for an hour.”

“Perhaps,” Kaz said. “Although he could have been more courteous. I am tempted to sit at his precious desk in retribution.” Kaz's eyes sparkled behind his steel-rimmed spectacles, and I was glad to see his impish humor hadn't entirely disappeared. Kaz was thin-framed, his motions languid, as if he could barely be troubled to endure the follies of the world. In the right light he reminded me of Leslie Howard, the English actor who'd been killed while flying over the Bay of Biscay a
couple of months ago. More so now that Howard was dead, I think. Death became Kaz. It haunted him and he haunted it right back. I was worried that one day he'd follow the grim reaper wherever he led him, but until then I kept my eye on my friend, trying to keep him amused. And alive.

“There,” I said, as an array of dots coalesced into a formation of B-24s approaching the airfield. PB4Ys, as the navy called them. I could make out the camouflage colors, white on the bottom and a dull grey on top. These guys were probably headed for antisubmarine duty, hunting U-boats in the Mediterranean or off the Atlantic coast of France. What that had to do with me, I had not a clue.

The big four-engine bombers lumbered in for a landing, jeeps and trucks racing out to direct them as they taxied off the runway. We watched as engines switched off and crews exited the aircraft, stretching after hours in cramped, cold quarters. No one seemed in a hurry. Crewmen began climbing aboard trucks which rolled off toward buildings on the other side of the runway. Mess hall, perhaps. If they'd flown in from Dakar, they'd probably been making the South Atlantic run from the States. I'd be hungry myself, but if I carried orders from General Marshall I might put that aside.

“Perhaps this is not the flight we are waiting for,” Kaz said.

I was almost ready to agree when a jeep with an officer at the wheel raced across the runway, straight for us. It was a navy officer, still wearing his fleece-lined leather jacket in the North African heat. That had to be our man.

The jeep braked hard a few yards short of the window, spraying a cloud of dust that swirled around the driver. He got out and removed his flying cap and leather jacket, tossing them nonchalantly on the seat as he looked around, waiting for someone.

It was Joe Goddamn Kennedy.

Fear by Lauren Barnholdt, Aaron Gorvine
Slocum and the Diamond City Affair (9781101612118) by Logan, Jake
Pinned for Murder by Elizabeth Lynn Casey
Daughter of Asteria (The Daughter Trilogy) by C.M. Owens
Forsaken Dreams by Marylu Tyndall
The Queen's Rival by Diane Haeger
In the Age of Love and Chocolate by Gabrielle Zevin
Engaging the Boss (Heirs of Damon) by Adams, Noelle
Anatomy of a Disappearance by Hisham Matar
Demonic by Ann Coulter