The Water Rat of Wanchai 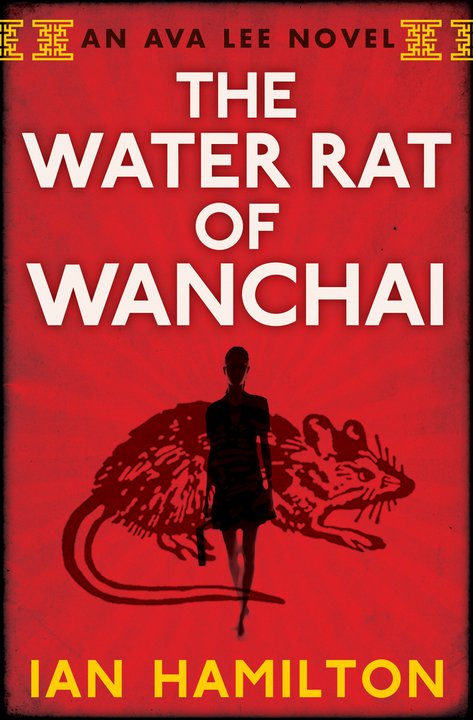 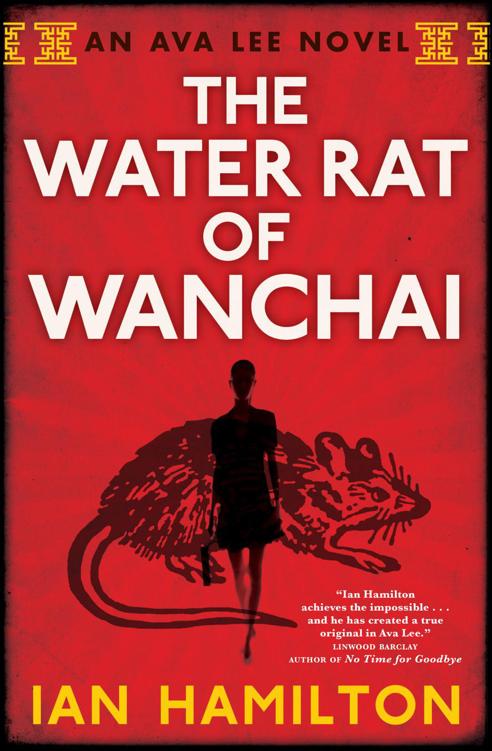 THE WATER RAT
OF WANCHAI

All rights reserved. No part of this publication may be reproduced or transmitted in any form or by any means, electronic or mechanical,
including photocopying, recording, or any information storage and retrieval system, without permission in writing from the publisher.

Distribution of this electronic edition via the Internet or any other means without the permission of the publisher is illegal.
Please do not participate in electronic piracy of copyrighted material; purchase only authorized electronic editions.
We appreciate your support of the author's rights.

This edition published in 2011 by

The water rat of Wanchai : an Ava Lee novel / by Ian Hamilton.

We acknowledge for their financial support of our publishing program
the Canada Council for the Arts, the Ontario Arts Council, and the
Government of Canada through the Canada Book Fund.

WHEN THE PHONE RANG, AVA WOKE WITH A START.
She looked at the bedside clock. It was just past 3 a.m. “Shit,” she said softly. She checked the incoming number. It was blocked. Hong Kong? Shenzhen? Shanghai? Or maybe even Manila or Jakarta, where the Chinese hid behind local names and were often all the more Chinese because of it. Wherever the call originated, Ava was sure it was somewhere in Asia, the caller ignorant about the time difference or just too desperate to care.

“
Wei
, Ava Lee,” a male voice said in Cantonese. It was a voice she didn’t recognize.

“Who is calling?” she said in his dialect.

It took a second for the name to register. “Can you speak English?”

“Then you should know what time it is here,” she said.

“I’m sorry. Mr. Chow gave your name and number to my uncle and told him I could call you anytime. He also said you speak Mandarin and Cantonese.”

Ava rolled onto her back. “I do, but when it comes to business, I prefer English. There’s less chance of confusion, of misunderstanding from my end.”

“We have a job for you,” Tam said abruptly.

“My company. Mr. Chow told my uncle he was going to discuss it with you.” Tam paused. “You are a forensic accountant, I’m told.”

“According to what Mr. Chow told my uncle, you have an amazing talent for finding people and money. Well, my money is missing and the person who took it has disappeared.”

“That is rarely a coincidence,” Ava said, letting the compliment slide.

“I need more information before I can say yes. I don’t even know where or what the job is.”

“It’s a bit of a moving target. We’re based in Hong Kong and we were financing a company owned by a Chinese, which has offices in Hong Kong and Seattle and was doing production in Thailand for a U.S. food retailer.”

“Sorry, I don’t mean to be so vague. I’m actually better organized than I sound; it’s just that the stress right now is —”

“I understand about the stress,” Ava said.

Tam drew a deep breath. “After talking to my uncle about your company yesterday, I forwarded a complete package of information to a family member who lives in Toronto. Could you free yourself later today to meet?”

“In Toronto?” It was an oddity for her work to involve her home country, let alone city.

“How about dinner in Chinatown?”

“I would prefer something earlier. Dim sum, maybe.”

“And not in the old Chinatown downtown. I’d rather go to Richmond Hill. There’s a restaurant, Lucky Season, in the Times Square Mall, just west of Leslie Street on Highway 7. Do you know the area?”

“Yes, I do, generally speaking.”

“Tell them to meet me there at one.”

“How will they recognize you?”

“I will recognize them. Tell them to wear something red — a shirt or sweater — and to carry a copy of
Sing Tao
.”

He hesitated. She sensed that he was about to launch into another explanation, and she was about to cut him off when he said, “My uncle tells me that Mr. Chow is your uncle.”

“We’re not blood relatives,” Ava said. “I was raised traditionally. My mother insisted that we respect our elders, so it’s natural for me to call our older family friends Uncle and Auntie. Uncle isn’t a family friend, but from the very first time I met him it seemed appropriate. Even as my business partner he is still Uncle.”

“He’s a man whom very many people call Uncle.”

Ava knew where Tam was headed and decided to cut him off. “Look, I’ll meet with your contact later today. If I’m happy with the information she brings and I think the job is doable, then I’ll call my uncle and we’ll confirm that we’re taking the job. If I’m not happy, then you won’t hear from me again.
Bai,
bai
,” she said, putting down the phone.

She struggled to find sleep again as Tam’s voice, with its too familiar sound of desperation, lingered in her ears. She pushed it aside. Until she took possession of his problem, that’s all it was: his problem.

AVA WOKE AT SEVEN, SAID HER PRAYERS, STRETCHED
for ten minutes, and then went to the kitchen to make a cup of instant coffee, using hot water from the Thermos. She considered herself to be Canadian, but she still clung to habits engrained by her mother, such as an always full rice steamer and a hot-water Thermos in the kitchen. Her friends made fun of her taste in coffee. She didn’t care. She didn’t have the patience to wait for it to brew and she hated waste; anyway, her taste buds were strictly attuned to instant.

She emptied a sachet of Starbucks VIA Ready Brew into her cup, poured in the water, and went to fetch the
Globe and Mail
at the door. She brought it in and settled onto the couch, turning on the television to a local Chinese channel, WOW TV, that had a current affairs show in Cantonese. There were two hosts: a former Hong Kong comedian who was trying to extend his best-before date in the boondocks, and a pretty young woman without any showbiz pedigree. She was low-key and seemed intelligent and classy — not a usual combination for women on Chinese television. Ava had developed a slight crush on her.

When the show broke at eight for a news summary, Ava dialled Uncle’s cellphone number. It was early even-ing in Hong Kong. He would have left the office by now, maybe had had a massage, and would be sitting down to dinner at one of the high-end hotpot restaurants in Kowloon, probably the one near the Peninsula Hotel.

He answered on the second ring. “Uncle,” she said.

“He speaks English very well. He was polite.”

“I’m meeting with someone today who has details about the lost funds. I told Tam I’d talk to you after I had the information and then we’d decide what to do.”

Uncle hesitated. “It isn’t so straightforward from my end. I’d like you to make the decision about whether or not we take on the job.”

Ava tried to think of some other time when she’d been the sole decision maker on a job. She couldn’t. “Why leave this up to me?” she asked.

“Tam is the nephew of a friend, an old and very close friend. We grew up together near Wuhan, and he was one of the men who swam here from China with me.”

She had heard the tale of the swim many times. Over the years the danger that Uncle and his friends encountered during those eight hours in the South China Sea, escaping the Communist regime, had become a distant memory, but the brotherhood they had forged remained all-important. “So it is that personal?”

“Yes. I knew it would be hard for me to be objective, so I thought it would be best for the nephew to tell you what happened, and then you can decide if the job is worth taking on its own merits. And Ava — don’t agree to do it if it doesn’t have merit.”

“What about our rate?” she asked. It was usually thirty percent of what they recovered, split evenly between them.

She wished he hadn’t said that. It made it even more personal, and they tried to keep the personal out of their business.

“Call me when the meeting is over,” Uncle said.

Ava hung up and puttered around the apartment, answering emails, catching up with bills, looking into winter holiday packages. She debated what to wear to the meeting. Since she didn’t need to impress anyone, she decided on a black Giordano T-shirt and black Adidas training pants. No makeup, no jewellery.

She looked at herself in the mirror. She was five foot three and her weight hovered around 115 pounds. She was slim but not skinny, and her running and bak mei workouts had given her legs and butt nice definition. She had large breasts for a Chinese woman, large enough that she didn’t need a padded bra for them to get noticed. In the T-shirt and training pants her shape got lost; the outfit made her look smaller and younger. There were times when looking young worked to her advantage. There were also times when a different look was needed, so she had a wardrobe of black form-fitting linen and cotton slacks, knee-length pencil skirts, and an array of Brooks Brothers shirts in various colours and styles that showed off her chest. The slacks and shirts, worn with makeup and jewellery, were her professional look: attractive, classy, capable.