Read The Vampire And The Nightwalker Online

The Vampire And The Nightwalker (5 page) 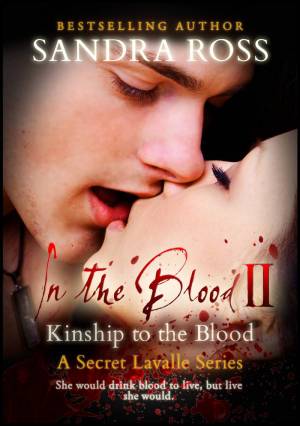 If you like this book, you will also like Kinship To The Blood...
Among the Beings of the Macabre Night...
IN HER IS A KINSHIP WITH THE BLOOD
His skin tone slightly paler than most, with a firm build and impressive height, Kane’s raven-black hair and cerulean eyes mystify females in his presence with a hearty flash of desire. Secret senses their inevitable meeting with caution, as he leads her on with his supernatural charm.
The night after Kane and Secret’s first meeting amid shattered glass and psychic fallout, he continues to eye her from afar. One question is on his mind as he waits for their next meeting: Will she know who I am?
Secret is no stranger to vampires. A nightwalker of New Orleans since her teenage years, she first sensed a vampire at the same time she realized she had a special knack for premonition. Not only is she an adept psychic, she also senses superhuman qualities in people when she sees them. Secret remembers her first meeting with a beautiful young vampire temptress, the one who's had a mysterious fear of Secret.
But Kane is unique – he is attracted to her like metal to a magnet. Her preternatural abilities are exceptionally alluring to him and since meeting him, vampires keep appearing on her doorstep, like they sense something they want in her blood....
Unravel more of this fascinating book, continue reading Kinship To The Blood...
~ ~ ~ ~

The Stranger Next Door by Barnes, Miranda
Crystals by Henry, Theresa L.
Screaming in the Silence by Lydia Kelly
Casting Shadows by Sophie McKenzie
That Night in Lagos by Vered Ehsani
Disconnected by Daniel, Bethany
Scoop by Rene Gutteridge
The Orphan by Robert Stallman
The 1st Chronicles of Thomas Covenant #2: The Illearth War by Stephen R. Donaldson
The Boston Stranglers by Susan Kelly