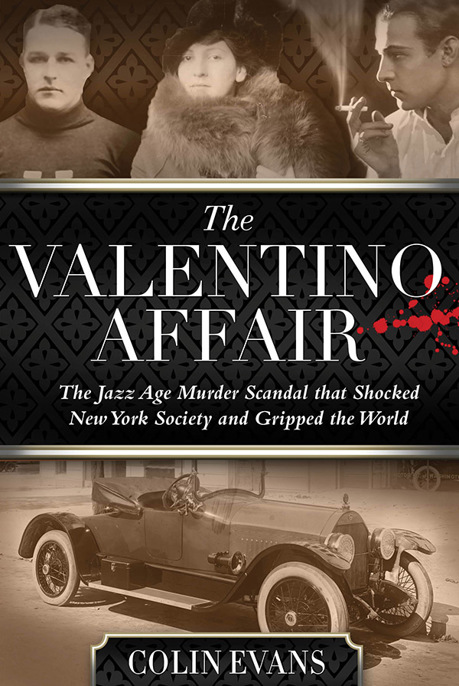 Blood on the Table: The Greatest Cases of New York City’s Office of the Chief Medical Examiner

The Casebook of Forensic Detection: How Science Solved 100 of the World’s Most Baffling Crimes

The Father of Forensics: The Groundbreaking Cases of Sir Bernard Spilsbury and the Beginnings of Modern CSI

A Question of Evidence: The Casebook of Great Forensic Controversies from Napoleon to O.J.

Slaughter on a Snowy Morn: A Tale of Murder, Corruption, and the Death Penalty Case that Shocked America

An imprint of Globe Pequot Press

All rights reserved. No part of this book may be reproduced or transmitted in any form by any means, electronic or mechanical, including photocopying and recording, or by any information storage and retrieval system, except as may be expressly permitted in writing from the publisher. Requests for permission should be addressed to Globe Pequot Press, Attn: Rights and Permissions Department, PO Box 480, Guilford, CT 06437.

Lyons Press is an imprint of Globe Pequot Press.

Till either death hath closed these eyes of mine

Or fortune given me measure of revenge.

O
NE
The Flower of the Andes

T
WO
An American in Paris

F
OUR
The Man from Italy

S
EVEN
“Revenge Should Have No Bounds”

F
IFTEEN
“Flatter Him to Death”

The driver squeezed his foot flat to the boards. His boss at the garage had warned him that the client sounded cranky, the way rich folks always seemed when they wanted a cab in a hurry. James Donner knew it didn’t pay to keep the well-heeled waiting. The car’s engine roared as he gunned it through the wooded outskirts of Roslyn, a sleepy upmarket village on the north shore of Long Island. High-priced real estate flashed by. It was eight o’clock, but it still felt like a Turkish bath. When his destination, a cottage called Crossways, finally came into view, Donner squealed to a halt.

Two women were waiting for him by the main gate. One—small and dark, youngish, probably early twenties—bore the unmistakable stamp of authority. Despite the sticky weather, she was wearing some kind of buckled sweater with big pockets over her white silk dress. Anger pinched her ashen face.

“You seem to be late,”
1
the woman said as Donner jumped down from behind the wheel and threw open the rear door. Donner apologized, explaining that his boss hadn’t called him till nearly eight o’clock; he’d driven as fast as he could. The woman brushed his excuses aside impatiently. “Do you know the Ladenburg estate?”

“If you get there in time, I’ll give you a dollar tip.”
2
She climbed quickly into the car. Her companion—a maid, he guessed—had her hands full with a clumsy white English bulldog that she heaved into the passenger compartment before settling alongside her mistress. Donner closed the rear door, then took his seat behind the wheel. As he let the clutch in, the woman leaned forward and asked if he knew the shortcut across the plain to the Ladenburg estate. Yes—but she still insisted on giving him directions.

The day had broiled into the eighties, and the last remnants of the fiery sun were just dropping below the horizon as Donner motored south across the scrubby grassland of Hempstead Plain. Since the declaration of war on Germany four months earlier, rumors had swirled that the plain would double as a training ground for whipping doughboys into shape before they were shipped off to the mayhem of Europe. For now, though, the fields lay open, deserted, desolate.

At age forty-three, Donner was too old for the draft; he fought his battles with crusty passengers. Although the lady hadn’t specified what “in time” meant, she kept urging him to go faster. In between spells as navigator, she huddled in deep conversation with her maid. Not that Donner could catch what they said; the roar of the overworked engine devoured every syllable.

Five hair-raising minutes brought them to Whaleneck Avenue, the long arterial road that bisected the island from north to south. Just ahead lay the Meadow Brook Hunt Club, famed for its yelping hounds that pursued Hempstead’s dwindling supply of foxes, closely followed by blueblood riders all decked out in their finest hunting pink: a fragment of old England transplanted to the New World. Tonight, a different kind of chase was under way. The woman squinted over Donner’s shoulder at the road ahead.

“There!” she said, pointing to a barely noticeable turnoff. Donner braked hard and swung the automobile left onto Valentines Road. Thick trees and heavy shrubbery slowed him to a crawl as he threaded through the shadows, tires crunching the gravel. A privet hedge rose up before them.

“Stop here,” the woman commanded. In the distance—about two hundred feet away—lights flickered. The woman let herself out of the vehicle. “Wait here, and look after the dog,” she told him. “I won’t be long.” She and the maid hurried off across a well-manicured lawn toward the lights. The murkiness swallowed them whole within a few strides.

Donner watched them go, then turned the car around and switched off the engine. The dog lay curled up on the backseat, almost asleep. The cabbie reached inside his pocket for a pack of cigarettes; he no doubt had time for a quick smoke before she returned.

A full moon crept across the purple sky as Donner shifted stickily in his seat. He settled back and sucked in a deep lungful of smoke, keeping one eye on the meter, which already registered more than two dollars. Then he heard a muffled bang, almost like a gunshot. Probably some hunter looking to bag a meal for the dinner table. Four more gunshots broke the silence of that hot August night, and set the mayhem in motion.

The Flower of the Andes

T
HE TWENTY-SIXTH RUNNING OF THE
C
LÁSICO
E
L
D
ERBY
—
THE BIGGEST
event in the Chilean horseracing calendar—had drawn a crowd of more than ten thousand to the Valparaíso Sporting Club on this warm afternoon. The chunkily built, handsome New Yorker had no interest in win, place, or show, though. He had fixed his sights on a greater prize.

But first he had to find her—no easy task in this pulsing sea of Panama hats and white flannel suits. Everywhere Jack de Saulles looked he saw pockets of elegance and tidbits of gossip passing from mouth to mouth. It had been the same in London the previous year when the thirty-two-year-old former Yale football star had dipped his toe in the iciest society on the planet. First came the cursory glance, then the sly inquisition. After that, it was either acceptance or rejection. Jack had passed muster in London and didn’t doubt that he could repeat the trick here in Valparaíso. While others fussed and argued over the thoroughbreds in the paddock, de Saulles preferred to run an appreciative eye over the two-legged beauties as they paraded in their finery. Some showed off the latest fashions from Paris, while others opted for traditional garb that dated from the conquistadors. This constant battle between old and new never ended in Chile. Outside the main entrance, gleaming carriages, both horse-drawn and mechanical, lined the leafy avenues that led to the Valparaíso Sporting Club.

The name itself was something of a misnomer: The club lay in the beach resort of Viña del Mar, about five miles north of Valparaíso. According to legend, Viña del Mar (Vineyard by the Sea) had been born out of a dream. In 1874 a young engineer named José Francisco Vergara had been working on the construction of a railroad between Chile’s capital, Santiago, and the port of Valparaíso when reputedly he woke one day with a blinding revelation: Why not build a separate city—on which he could stamp his own identity—just to the north of Valparaíso, close to those fabulous beaches? After four years of bureaucratic heel-dragging, the Chilean government finally gave the go-ahead, and work began on Vergara’s vision. Within a few short years, Viña del Mar blossomed, earning the nickname of the Garden City because of its beautiful parks and boulevards. Serving as a bolt-hole for the rich, somewhere to escape the oppressive summer heat of Valparaíso, here gentle sea breezes, cooled by the Humboldt Current, kept temperatures bearable and tempers in check as racetrack bettors struggled to find the next winner on the card.