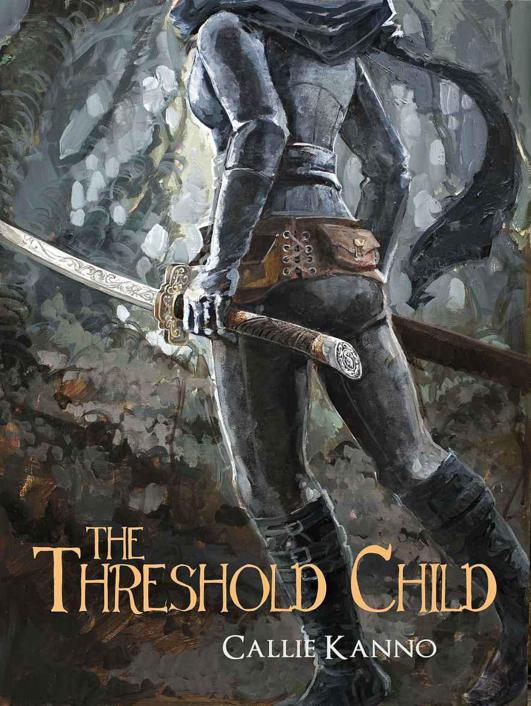 
Cover art by Alyssa A. Harper

All rights reserved; no part of this publication may be reproduced or
transmitted by any means, electronic, mechanical, photocopying, or otherwise,
without prior permission of the author.

Chapter
1: The Bird of Prey

Chapter
2: Lives of the Fortress

Chapter
26: Shadows of the Past

Chapter
29: Lives in a Prism

Chapter
42: Return to the Forest

Chapter One: The Bird of Prey

No one ever looked up.

For this reason, a black clothed figure was crouched in the
gnarled arms of an ancient tree. In the sparse moonlight she was invisible
against the background, waiting patiently for her prey. Her metallic purple
eyes, the only visible feature, scanned the ground searching the darkness for
every possible detail.

The minutes ticked by slowly.

The whisper of the breeze was chilled by the promise of winter,
but she ignored the dropping temperature. Her intense focus even overshadowed
the slight ache in her muscles from maintaining her position for an extended
period of time.

Every rustle in the underbrush, every stirring of the leaves,
brought her sharp eyes around in search for some sign of her quarry.

Finally, a similarly garbed figure passed beneath her tree,
slinking from shadow to shadow. She felt a surge of satisfaction as she shifted
her weight to the balls of her feet in preparation for the attack.

She dropped down from the branches and brought her prey to its
knees before there was any time for her victim to react. She removed the hood
and scarf of her opponent, revealing the pale narrow face of a young woman with
short sandy hair. Her features were harsh but blunt, giving her the brutish
appearance of one who delights in violence.

The young woman looked up at the strange metallic eyes that were
flecked with gold. She clenched her fists, immediately prepared to lash out,
and her face contorted in an expression of pure loathing. “Adesina,” she spat.

Adesina didn’t need to ask how she had been recognized. She knew
her eyes made her easily identifiable. “I hoped I would be the one to mark you,
Basha.”

Adesina didn’t doubt it. The two young women were part of a class
of students training for an elite and selective military group, commonly known
as the Shimat. The competition was fierce, and “accidents” happened.

Basha was an unremarkable student, but she was vindictive and
unrelenting, which some teachers mistook for determination and strength of
character. From the moment she had laid eyes on Adesina, some ten years ago,
Basha had hated her. That hate only grew as Adesina excelled among her peers.

Adesina was unusually gifted, even for a Shimat. She had the
uncanny ability to sense her surroundings and knew how to use that to her
advantage. She was exceptionally agile and her endurance levels were far above
normal. These traits, among others, were the reason why she had begun her
training five years earlier than any other student.

Adesina reciprocated Basha’s intense dislike. Not only that, but
she was aware of her own gifts and Basha’s shortcomings. It rankled Adesina’s
pride to see Basha gain distinction through the misconceptions of certain
instructors.

A number of sarcastic retorts rose in Adesina’s fifteen-year-old
mind, but she ignored them. Basha saw the scorn that flashed across Adesina’s
face, and her own expression blackened with the desire for violent revenge.
Instead of voicing her thoughts, Adesina shifted Basha’s hood and scarf from
her right hand to her left, and drew her dagger from the belt around her waist.
“I have unveiled you, Shi Basha. Yield or be disgraced.”

Basha’s face twisted in disdain as she debated whether it was
worth the disgrace to defy one she despised more than anything in the world.
When she spoke, it was between clenched teeth.

Adesina stepped forward so she was facing Basha’s kneeling figure
and placed the edge of her blade against her enemy’s cheek.

“I mark you, so that all may know of your first failure.”

Her stroke was perhaps harder than it needed to be. Basha swore,
but let it bleed freely. Adesina took a small square of white cloth from a
pouch on her belt and stained it with some of Basha’s blood. She held it
carefully in her hand and returned Basha’s hood and scarf to her.

Basha took them and got to her feet. “A day will come when I will
make you pay for this mark. You will rue the day you came into this world.”

Adesina rolled her eyes. Basha had always tended to be
melodramatic. “Come on. We have to return to the school.”

Adesina began to turn, but her eyes caught the movement of a sleek
shadow several yards away. It was hard to imagine that there was anything more
black than the woods at night, but something darker crouched just out of sight.
Two golden orbs gleamed momentarily but then seemed to disappear altogether.
When she looked closer she could see only trees.

It must have been some sort of animal, for Adesina seemed to be
the only human with odd colored eyes. Given the size of the spheres, it must
have been an enormous creature. There had never been any beast so large this
close to the fortress.

She considered investigating further, but an impatient movement
from Basha brought her head around sharply. Adesina’s learned suspicion of
Basha overrode her present curiosity. Frowning to herself, Adesina continued on
her way.

The autumn leaves lay thick on the ground, but the footsteps of
the two young women were muted by the damp soil. They were merely two
silhouettes slipping through the darkness, hidden among the crooked trees that
surrounded them.

As they walked, Adesina’s mind turned back over the events of the
night. It had been a surprise to be shaken from sleep and told that tonight
would be the final test for their year of training. If they passed they would
be eligible to advance to the next year. If not, they would be put through a
remedial course of training.

They had been individually led to different parts of the forest
southeast of the school and told that their one objective was to find and
unveil one of their classmates. Those unveiled were to be marked by the victor.

Now Adesina and Basha emerged from the forest and approached a
small camp. It consisted of two small tents set up on the hill overlooking the
forest. The three instructors of Adesina’s group of students stood waiting,
robed in black. In the darkness they took on the spectral appearance of the
harbingers of death, and the young student felt a chill run down her spine at
the sight. Beside the instructors stood a spidery device similar to a brazier,
but with flames instead of coals.

Adesina looked at the faces that had taught and trained her since
she was five years old. They regarded her gravely as the two young women
approached. She greeted them respectfully in order of seniority, bowing to
each. “Shar Breyen. Shar Jareb. Shar Per.”

They bowed back. “Shi Adesina.”

Basha went through the same ceremony, but did not receive any
acknowledgment in return.

Her pale blue eyes smoldered with rage even though she kept them
lowered. Breyen indicated toward the brazier. Adesina took the stained square
of cloth she was holding in her hand and gently laid it on the fire. The flames
licked at the corners of the cloth, blackening them and curling them as if it
were contorting in agony. Adesina watched it dispassionately and wafted the
smoke onto her face before stepping back again.

This was a symbolic ritual of the Shimat. The stained cloth
represented the victory won, and all that the victory had cost. The sacrifice,
the skill, the lessons learned. By breathing in the smoke, it all became part
of you. The ritual was also a way to honor those who made you stronger.

Per nodded approvingly. “Shi Adesina, take your prisoner to the
medical wing and then you may retire.”

Both students bowed again before walking past their instructors.
The hill leveled out to become flat ground after a few steps. The grass was grayish-green
in color and coarse in texture. In the meager moonlight it took on a sickly
appearance. This, in addition to the thin mist swirling over the ground, gave a
ghostly feeling to the fortress that served as the school and training
facility.

The fortress was set on the edge of a cliff that overlooked the
ocean. The great outer wall looked harsh and forbidding at night, but during
the day it gave a strange sort of comfort in its solitary strength. There were
no other cities or villages near the fortress; no other buildings that might
call themselves neighbors. The fortress stood alone for many miles, and it
seemed to take power in that seclusion.

The massive gates stood open, which was quite unusual, but the
lapse of security was compensated by several Shimat guards standing watch.
Three stood along the wall directly above the gates, and two more stood on the
ground on either side. The others were positioned at even intervals along the
wall like dark columns, upright and unmoving.