The Thousand Autumns of Jacob De Zoet: A Novel 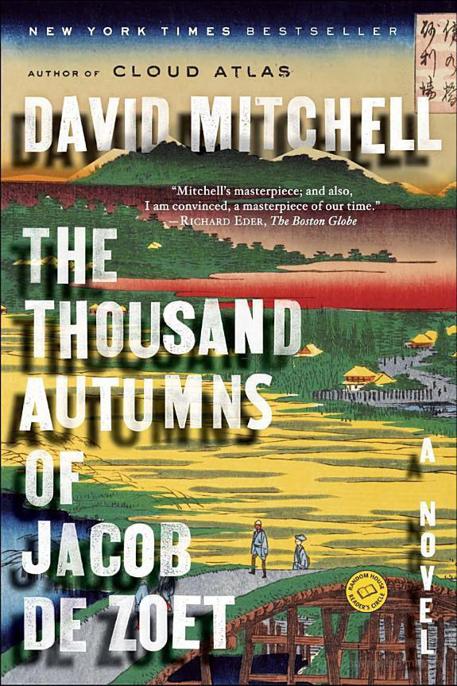 First published in Great Britain in 2010 by Sceptre

An imprint of Hodder & Stoughton

by him in accordance with the Copyright, Designs and Patents Act 1988.

William Smellie,
A sett of anatomical tables, with explanations, and an abridgment, of the practice of midwifery
, London 1754: page 5.

Robert Hooke,
Micrographia: or, Some physiological descriptions of minute bodies made by magnifying glasses: with observations and enquiries thereupon by R. Hooke
, London 1665: page 205.

All rights reserved. No part of this publication may be reproduced, stored in a retrieval system, or transmitted,

in any form or by any means without the prior written permission of the publisher, nor be otherwise

and without a similar condition being imposed on the subsequent purchaser.

A CIP catalogue record for this title is available from the British Library.

The port of Batavia on the island of Java was the headquarters of the Dutch East Indies Company (
Vereenigde Oost-Indische Compagnie
or VOC in Dutch, literally 'United East Indian Company') and the point of embarkation and return for VOC ships sailing the Nagasaki run. During the Japanese occupation of the Indonesian archipelago during World War II, Batavia was renamed Jakarta.

Throughout the novel, the lunar calendar is used to denote Japanese dates. The lunar calendar could be anything from three to seven weeks 'behind' the Gregorian calendar, depending on the year. Thus 'the First Day of the First Month' corresponds not to 1st January but to a varying date between the back end of January and the rear middle of February. Years are referred to by their Japanese era names.

Throughout the text, Japanese names are ordered with the family name first.

The Bride for Whom We Dance

The Eleventh Year of the Era of Kansei

The House of Kawasemi the Concubine, above Nagasaki

The Ninth Night of the Fifth Month

'Miss Kawasemi?' Orito kneels on a stale and sticky futon. 'Can you hear me?'

In the rice paddy beyond the garden, a cacophony of frogs detonates.

Orito dabs the concubine's sweat-drenched face with a damp cloth.

'Miss Kawasemi, my name's Aibagawa. I'm a midwife. I want to help.'

She is too exhausted
, Orito thinks,
even to fear dying tonight
.

Dr Maeno whispers through the muslin curtain. 'I wanted to examine the child's presentation myself, but . . .' the elderly scholar chooses his words with care '. . . but this is prohibited, it seems.'

'My orders are clear,' states the chamberlain. 'No man may touch her.'

Orito lifts the bloodied sheet and finds, as warned, the foetus's limp arm protruding from Kawasemi's vagina up to the shoulder.

'Have you ever seen such a presentation?' asks Dr Maeno.

'Yes: in an engraving, from the Dutch text Father was translating.'

'This is what I prayed to hear! The
Observations
of William Smellie?'

Orito clasps the foetus's mucus-smeared wrist to search for a pulse.

Maeno now asks her in Dutch, 'What are your opinions?'

There is no pulse. 'The baby is dead,' Orito answers, in the same language, 'and the mother will die soon, if the child is not delivered.' She places her fingertips on Kawasemi's distended belly and probes the bulge around the inverted navel. 'It was a boy.' She kneels between Kawasemi's parted legs, noting the narrow pelvis, and sniffs the bulging labia: she detects the malty mixture of grumous blood and excrement, but not the stench of a rotted foetus. 'He died one or two hours ago.'