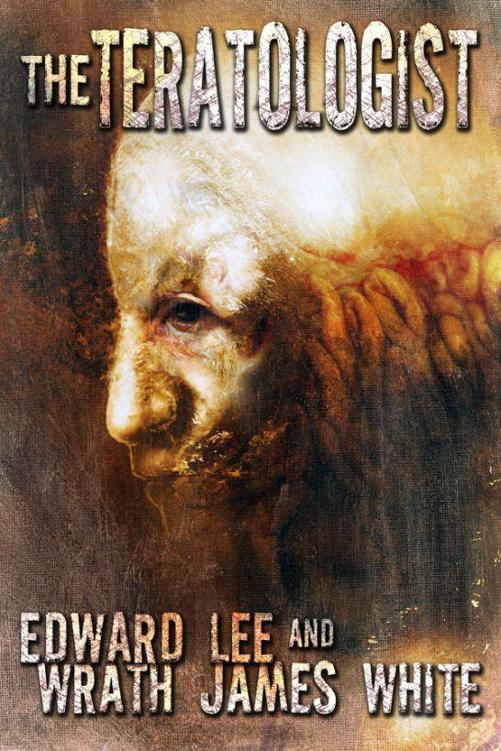 This ebook is licensed for your personal enjoyment only. This ebook may not be re-sold or given away to other people. If you would like to share this book with another person, please purchase an additional copy for each person you share it with. If you’re reading this book and did not purchase it, or it was not purchased for your use only, then please return to Smashwords.com and purchase your own copy. Thank you for respecting the hard work of this author.

S
haron could see and hear and, to a degree, think. But she couldn’t speak—she’d been born without vocal cords. She couldn’t make a peep, and she guessed that was the chief reason why the men who worked here liked to come in and do things to her. She couldn’t very well tell anybody—the home’s director, for instance—that she was being routinely raped in a facility that existed to help people like her, yet on the other hand, she didn’t really mind. It was sensation, nearly all she was likely to get, given her condition.

They left the TV on, toward which she would loll her head, drooling on the rank pillow, her visual universe limited to whatever channel they chose to leave on, typically Channel 9: soap operas and talk shows. Hence, her lot in this strange life, to lie in the raised bed, to be fed sweet mush by nurses (Sharon had no teeth), to watch Jerry Springer, and to go to sleep every night after being fastidiously copulated with.

Her missing vocal cords were just one sequent symptom of her hypo-osteopesis, a rare genetic affliction also less-than-clinically referred to as “curled-bone syndrome.” Her I.Q. was about 70, that of a low-level retardate, because as an infant, defected cranial development prevented her brain from growing into the proper shape. Her head was warped. The rest of her affliction left all of her long bones curled up like bows of pasta, the ribs on her right side curled inward, the ribs on her left curled out, and her hips splayed like a book lying open flat.
Why don’t they just kill her?
one of the janitors had muttered under his breath one time when he was in here changing her pan.
Ain’t gonna get better—that mess? Just suckin’ up tax dollars… Yeah, someone oughta just kill her.
Sharon wasn’t sure but she thought she knew what
kill
meant, and she didn’t want that, not really. She thought about what it might be like, but if they killed her then she supposed she would no longer be able to watch Springer, and she liked Springer. Sometimes they had people akin to her on the show, and she enjoyed seeing them, a relativity, perhaps. She especially liked the one with the girl with no arms and legs, who walked about on her buttocks. A man had even married her! Hope, perhaps, in view of the cruel joke nature had played on her.

No men would be likely to marry Sharon, though. They’d just come in here and fuck her every night, unmindful of her wafting pissy odors and staggering halitosis.

At ten o’clock, the night nurse turned off the TV and lights. She pulled the covers up, sniffing. “Wasn’t Louie supposed to give you your weekly sponge bath today?” the woman asked, knowing that Sharon couldn’t answer. “Lord, you don’t smell very good, honey. Not my problem, though.” She left in the dark. Sharon knew the routine now. About a half hour later, the door clicked back open and Louie entered. It was his job to check each patient several times throughout the night, to see if they’d died; most of the people in the state home were old—that’s what Sharon had heard. In fact, she was the youngest patient on the wing, twenty-five. Every now and then doctors from research centers and medical schools would come by to examine her. And always comment to each other how remarkable it was that she’d survived this long. Sometimes Louie would comment too, whispering to her as he lay between her curled legs, “I hope you don’t die for a long time, sweetie. I hope to be squirting my load in you for years to come!”

Louie only turned on the little light with the bendable arm over the med chart, to keep it dark, but Sharon could still see him plainly. Tall and skinny, with stooped shoulders. Bald in the middle, with wiry gray-black hair sticking out on the sides. Pits in his face looked like someone had cleated him. “Lovin’ time, sweetie,” the familiar whisper announced. “Lovin’ time.” “Jesus, she stinks!” another male vice whispered back. Sometimes Louie brought other men here too. “Yeah, that’s great, ain’t it, Phil?” Louie replied. “I love the stinkers. I’m supposed to wash her but I can usually get away only doing it once a month.” “Good Christ!”

She heard them cluttering, could see them moving about. Sharon had never seen the other man before, a fat guy with a doughy face.

“
Yeah. I love it. Take a look.” Louie bent the little light around, shined it on Sharon and pulled her gown up. “Ain’t that sweet, Phil?”

Phil’s fat face bloomed, cheeks billowing. He croaked, “Good Lord,” and then jerked away. Sharon knew by the wet, splattering sound that he was vomiting in the trashcan.

Louie chuckled. He blew his nose into his hand and rubbed the mucus over Sharon’s gaping vagina. Then he climbed on. “God, you smell like shit,” he grunted, humping her immediately. “It just—turns me—the fuck-
on!
”

Phil had finished relocating the contents of his stomach into the garbage. He stood back up against the wall in the dark. “You are one sick motherfucker.”

“
How can you even get it up? The smell alone’ll kill my sex drive for a year.”

“
At least fuck her in the ass. You get her pregnant, there’ll be big trouble.”

“
Shit, Phil. She’s a genetic monster. Her genes are so fucked up she couldn’t get knocked up in a million years.” Louie just kept humping while Sharon’s motionless limbs joggled on the bed. Her breasts joggled too, like baggies of vanilla pudding, depending into her hairy armpits. “No fetus could ever live in his fucked up womb.”

Sharon could feel the warm trickle go into her as his thrusts slowed, then stopped. “Aw, fuck. What a nut…” Eventually he rolled off, heaving in breath.

“
And how often do you do this?” Phil asked, astounded in his revulsion.

“
Couple times a night. Couple other guys on the floor do too.”

Phil’s face seemed pinched up in the dark. “You’re all a bunch of scat freaks. I’ve never seen anything so sick in my life.”

Louie bent the light around some more, shined it right between Sharon’s sweaty legs. “Bet ya fifty bucks you ain’t got a set brass enough to eat that pussy.”

Phil teetered in place, as though simply hearing the words might cause him to pass out. “I’d
kill
myself before I’d do that.”

“
Amateur!” Louie looked like the demented scatological erotopath he was, standing there in his white work tunic and no pants. He extended his hand toward Sharon’s pale and malodorous form. “Sure you don’t want to take a bang? It’s good pussy, man.”

Phil put a paw to his bulbous gut. The answer was invariably no.

“
Suit yourself. I got more work to do.”

The other man could barely remain standing in his dismay. “Let’s get out of here before we get caught! You had your fun, let’s go. You’re telling me you aren’t done yet?”

The big toothy grin seemed to glow in the dark. “I ain’t even
close
to being done, brother. You wanna see hardcore?
I’ll
show you hardcore—”

Phil’s stomach was making fish-tank noises in objection. “No no no, please, God no,” he pleaded as Louie—shit-splotched balls swinging—climbed back up on the bed, on his knees. He was poised like a child about to push a peanut with his nose. “Oh, yeah, baby,” he chuckled. He parted Sharon’s bowed legs wide. “This is better than desert—”

“
How can you do that? She’s been shitting and pissing in a bed pan all day!”

Louie’s tongue delved deep. At one point it looked like he was trying to push his entire face into the slack, nauseating mass of her vagina. Then came the obvious slurping sounds, which made Phil, quite gruelingly, think of someone sucking up the last of a milkshake through a McDonald’s straw. But there was no milkshake down in that furrow of filth. Louie was reclaiming his own semen, quite greedily.

Phil fell back to his knees, to vomit some more in the trash. The regurgitation sounded like a drain backing up. When there was nothing left, he stayed down there a while, dry heaving as strings of bile dangled off his lips.

He looked up from the parted thighs, runny excrement, semen, and pubic hairs around his mouth. “And you wanna know the best part? I’m on the clock! I’m eating this shit-bag’s cunt and getting paid eight bucks an hour!”

The Life You've Imagined by Kristina Riggle
Storm of Love - A Historical Romance Set during the American Revolutionary War by Burns, Nathaniel
Set On Fire by Strongheart, Yezall
Black Water by Louise Doughty
Beauty Rising by Mark W. Sasse
Meghan’s Journey: The Story of Meghan Redenbach: The Teenage Girl Who Showed a Community How to “Man Up” in the Face of Cancer by Redenbach, Meghan
Strapless by Davis, Deborah
Killing Them Softly by Glenn, Roy
The McBain Brief by Ed McBain
Flowercrash by Stephen Palmer