The Temptation of Demetrio Vigil 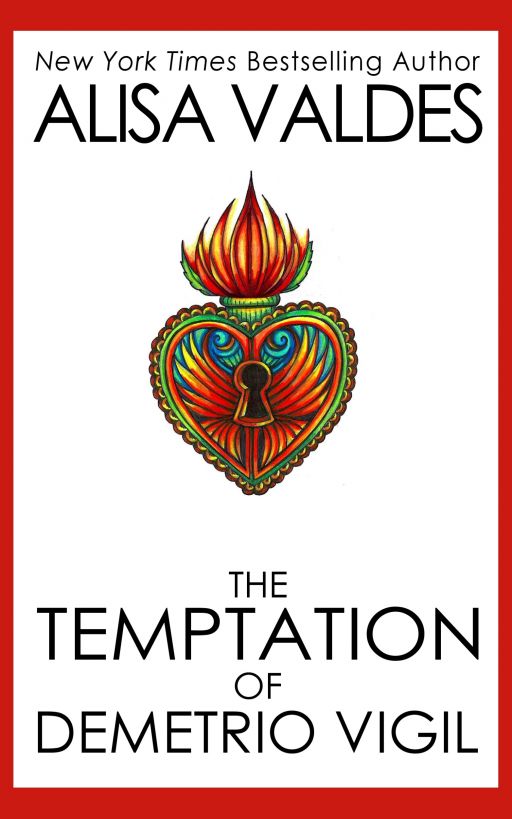 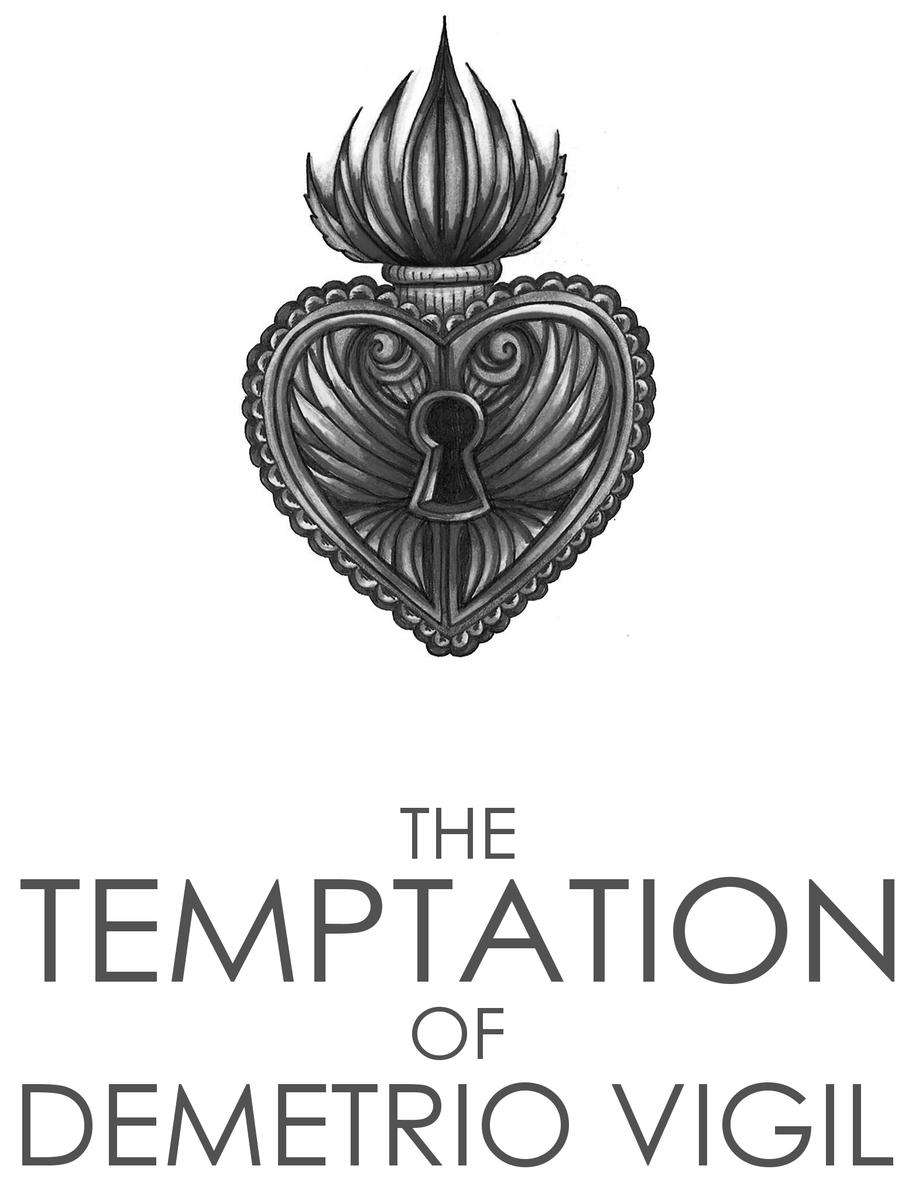 The Temptation of Demetrio
Vigil

The right of Alisa Valdes to be identified as author
of this Work has been asserted by her in accordance with sections
77 and 78 of the Copyright, Designs and Patents Act of 1988.

All rights reserved. No part of this publication may
be reproduced, stored in retrieval system, copied in any form or by
any means, electronic, mechanical, photocopying, recording or
otherwise transmitted without written permission from VEE Books.
You must not circulate this book in any format.

This book is dedicated to the ghosts of
Golden, New Mexico.

A
NOTE TO
MY READERS

Years ago, I wrote this book. I wrote it in
practically one sitting, entranced, surrounded by spirits from my
beloved New Mexico, spirits that had come to visit me and tell
their stories. During the writing of the book, and long after it
was done, I got signs from the universe, signals that I couldn’t
ignore, synchronicities popping up everywhere as though to pat me
on the back for writing what had to be written.

I turned the manuscript in to my agent, and she sent
it out to various publishers. A few were interested. I was running
low on cash, and so I signed with the publisher who offered me the
most. My editor at the publishing house liked the concept of the
book well enough, but thought that a Hispanic gangbanger boy might
not have been the most sympathetic of characters for a mainstream
audience to love. Likewise, the editor felt that all of the
Catholic and Native American and New Mexican folkloric and
mythological references were too obscure and would be lost on a
teen audience. Most of all, she felt that my attempts to tie faith
and science together, to discuss mathematics, physics and parallel
universes with a young adult audience would bore readers.

Even though everything in my gut rebelled
against what this editor was saying, it was too late. I was under
contract to do what they wished. I changed almost everything about
the original book, and we published it as THE TEMPATION.
Unsurprisingly, the book tanked. While some readers liked it, the
book mostly got terrible reviews, many of them complaining that the
book lacked the very things I had taken out – depth of character,
humor. Sales were so disappointing that the publisher decided to
cancel our deal for the next two books in the series. As usually
happens in these instances, the publisher blamed the author for
writing a bad book, and went on with their lives. No one ever
stopped to wonder whether the book had simply been drained of all
its life during the editing process.

At first, I was sad about the failure of
TEMPTATION. Then I realized it was a blessing in disguise. I was
now free, thanks to improvements in digital book publishing, to
release the original version of the book on my own, through VEE
Books, the publishing wing of my entertainment company, Valdes
Entertainment Enterprises, Inc.

I went back to my computer files, and sifted
through them, seeking out that original manuscript from long ago.
There it was. As I read through it again, I realized it was much,
much better than the book the big publishing house had twisted it
into.

So, here it is. The original version, the
magical version, the one that was meant to be seen but, because I
was an insecure author who wasn’t able to fight back when certain
people made bad decisions about my work, has been in hibernation.
Without further ado, I bring you THE TEMPTATION OF DEMETRIO VIGIL.
Oh, how I’d LOVED that title! It just sang from my lips! But the
publisher had found it too ethnic and wordy, and had advised we
change it; when I protested, they changed it anyway, without my
permission, just as they’d changed so much else about the book –
including making the lead character, a dark-haired Latina in both
books, blonde on the cover.

I hope you will read this book, and compare it to
the other version, and let me know what you think. I designed the
cover with my amazing fiancé (husband if you’re reading this after
September 8, 2013) Michael Gandy, and I want to thank him, and the
universe, and all of you, for allowing this book to be resurrected,
just like its namesake. 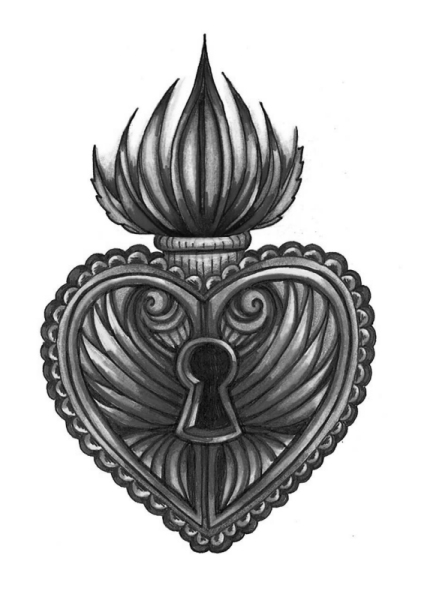 The storm came out of
nowhere.
One minute I drove along Highway
14, in the bright winter sunshine of New Mexico; the next, I
struggled to keep the car on the road, enveloped in a sudden windy
blackness that rubbed out the frozen sky.

Hail pounded the metal roof and nearly cracked the
windshield. Violent gusts buffeted the car along the slippery road.
There were no other cars. I vowed in that moment to always check
the weather forecast before my weekly trip to my dad’s - presuming
I survived.

The din of hail scared Buddy. He
cowered on the passenger seat, as though he expecting to be hit.
Then again, Buddy
is
a Chihuahua. The songs of baby birds on sunny days frighten
Buddy. Trembling and anticipating doom are the Chihuahua’s
homeostatic state. I teased him nervously.

Buddy licked his chops, to be polite, but his
eyebrows (such as they were) registered grave concern.

I should have pulled over, but my dad is very strict
about being on time for dinner. He is strict about most things, and
you don’t want to make him mad. His new wife always worked hard to
make a nice meal for us on Friday nights, and I didn’t want to
offend her. So I kept driving, cautiously, past the tiny hillside
town of Golden, nothing more than a few houses, and a little adobe
church. I hoped that the storm would go away as quickly as it had
come, but it didn’t. Ten minutes in, the road was icier, the sky
darker, the wind angrier.

I was worried, sure. I acted brave to try to comfort
Buddy. I told myself everything would be okay. I knew the way well.
I’d driven the route a million times, back and forth from my mom’s
in Albuquerque to my dad’s in Santa Fe. But sometimes knowing the
route isn’t good enough. Sometimes things just happen.

I felt the tires spin out of control, just as I
spied an injured coyote in the middle of the road. It was maybe
twenty feet ahead, dark gray, soaked and scrawny, about the size of
a medium dog but with bigger ears and a longer snout. It limped
pitifully in circles in the center of the road as though confused.
I felt terribly sorry for it, and slammed on the brakes; this only
made the car slide harder, sideways toward the creature.

The animal swiveled its head to look at me, as
though it had heard me. In the split second before we were destined
to collide, it made the oddest expression. I could have sworn it
actually smiled at me, with cruel yellow eyes. It creeps me out to
remember it now, because that coyote-smile was the single scariest
thing I had ever seen.

The New Year's Quilt (Elm Creek Quilts Novels) by Chiaverini, Jennifer
Able One by Ben Bova
I Haiku You by Betsy E. Snyder
Field of Pleasure by Farrah Rochon
Hatshepsut's Collar (The Artifact Hunters #2) by Exley, A.W.
Murder on Parade by Melanie Jackson
Exile (The Oneness Cycle) by Rachel Starr Thomson
News For Dogs by Lois Duncan
A Time for Peace by Barbara Cameron
Fall of Angels by L. E. Modesitt