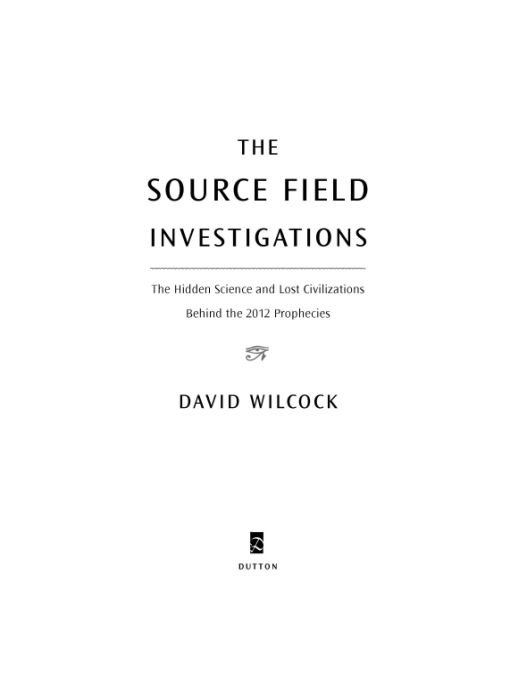 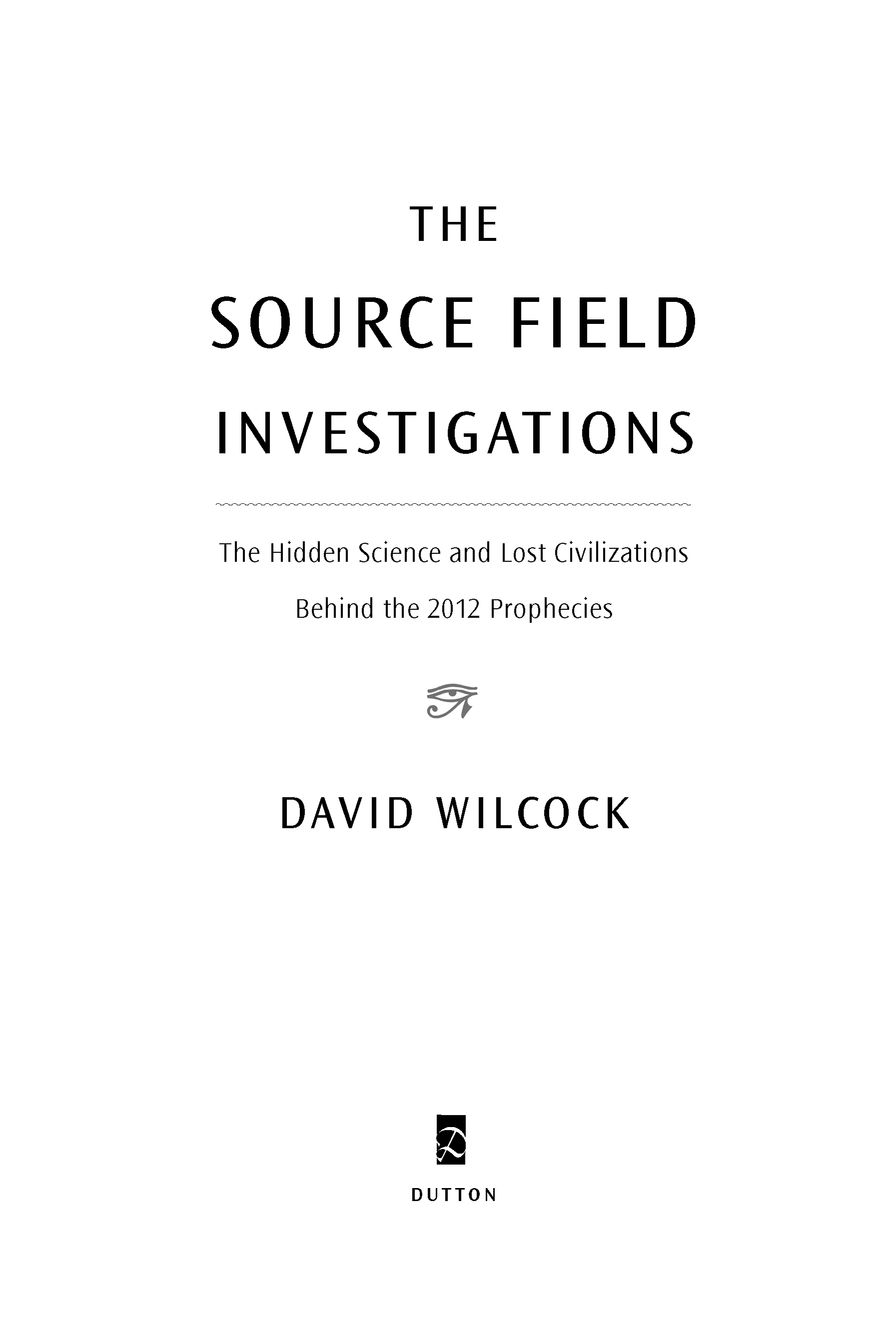 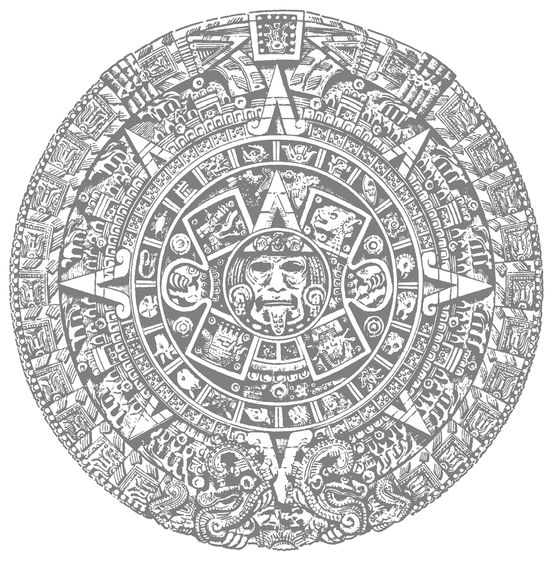 REGISTERED TRADEMARK—MARCA REGISTRADA
LIBRARY OF CONGRESS CATALOGING-IN-PUBLICATION DATA
Wilcock, David, 1973-
The source field investigations : the hidden science and lost civilizations
behind the 2012 prophecies / David Wilcock.
p. cm.
Includes bibliographical references and index.
ISBN : 978-1-101-54350-4
1. Force and energy—Miscellanea. 2. Cosmology—Miscellanea.
3. Two thousand tewlve, A.D. I. Title.
BF1999.W5582 2011
001.9—dc23 2011016585
Without limiting the rights under copyright reserved above, no part of this publication may be reproduced, stored in or introduced into a retrieval system, or transmitted, in any form, or by any means (electronic, mechanical, photocopying, recording, or otherwise), without the prior written permission of both the copyright owner and the above publisher of this book.
The scanning, uploading, and distribution of this book via the Internet or via any other means without the permission of the publisher is illegal and punishable by law. Please purchase only authorized electronic editions, and do not participate in or encourage electronic piracy of copyrighted materials. Your support of the author’s rights is appreciated.
While the author has made every effort to provide accurate telephone numbers and Internet addresses at the time of publication, neither the publisher nor the author assumes any responsibility for errors, or for changes that occur after publication. Further, the publisher does not have any control over and does not assume any responsibility for author or third-party Web sites or their content.

This book is dedicated to you, the One Infinite Creator—the author of space, time, matter, energy, biology and consciousness—now reading these words in your temporary human form.
Foreword
by James V. Hart
Allow me to take you back in time, before David Wilcock welcomes you to the future. It is one A.M. on Monday, September 28, 2009: exactly 3 years, 84 days, 10 hours, 11 minutes and 11 seconds before the world ends on December 21, 2012. I am in my barn in Pound Ridge, New York, writing what I think is the best screenplay I have ever been involved with since I was fortunate enough to have written the original screenplay for the motion picture
Contact
, having worked with the late, great man of the universe, Carl Sagan. And then I receive an e-mail from my writing partner in California, Amanda Welles. She directs me to a YouTube site and there I have my first encounter with David Wilcock: seer, scientist, philosopher, dream reader. And he is quoting and citing passages from two of the films I have written,
Contact
and
The Last Mimzy
, as if their filmic content were the equivalent of a cinematic Rosetta stone—unlocking the secrets of the universe. I was impressed that this young, gangly sage, part oracle and part stand-up cosmic comedian, found so much meaning in one of the greater film experiences I’d had as a writer—
Contact
, and one of my lesser—
The Last Mimzy
.
So I introduced myself to David and thus began a most fortuitous journey—for myself and my collaborator, Amanda Welles—that continues into the haze of 2012 and the clarity beyond.
I don’t know about you, but I know where I am going to be on January 1, 2013; and it won’t be buried under volcanic ash and mud from a tsunami, or crushed by a ten-mile-high tidal wave. Not this believer. I will be wherever David Wilcock is—celebrating the genesis of a new Golden Age, and enjoying every precious second of it. If you want doom and gloom, and a replay of the tortured end to humankind’s existence, there is plenty of that at the multiplex. Read no further if you are hopeless, do not believe in the power of consciousness, and think that $#.+ happens and there is nothing we as a species can do about it. Stop right here if you truly believe we are alone in the universe. As I wrote in the film
Contact
, based on Carl Sagan’s brilliant novel, regarding whether or not the universe is populated with intelligent life: “If we are alone, seems like an awful waste of space.”
But I am here to tell you: We are
not
alone in this universe. And we have David Wilcock to prove it—and to guide us to this golden prophecy.
From that very first encounter with David Wilcock, watching him in
2012 Enigma
on YouTube at one A.M. in the morning, I understood with great clarity that here, finally, was a mind that was taking the time to connect the dots between the human species and the rest of the cosmos—to ready us to finally become Citizens of the Galaxy.
This was Carl Sagan’s wish as well. The time I spent with this generous, visionary man of science prepared me for this big adventure with David Wilcock. Sagan did not believe in UFOs and little green men, but he did believe in the abundance of life in the universe, and our potential to join the collective cosmos of that life if we would only open ourselves to the possibility—and stop destroying one another with our warring religions, small gods, and hateful, divisive dogmas and political insanities. David Wilcock has added Carl Sagan’s hope for the human race to his synthesis of the cosmos and our place in it.
As I write this introduction to David’s seminal work on our collective future in the post-2012 world we will evolve into, I am filled with that same awe and childish wonder at what is going to happen next. What is waiting for us as a species—to embrace and to invigorate. It ain’t going to happen if we just sit and wait. We have to understand now what our role is in this great opportunity that begins on December 21, 2012.
A line comes to mind that I wrote ten years ago, for a new animated epic that is now in production at Fox for release in 2013. The line sums up the truth that I firmly believe David Wilcock is bringing from the universe to the human species. . . .
“One heart beats for all. . . . All hearts beat for one.”
Thank you, David Wilcock, for putting hope back on the table. Pay attention, humans. And keep your karma dry.
J. V. Hart
Pound Ridge, New York
2009
Introduction
by Graham Hancock
I was researching my book
Fingerprints of the Gods
in the early 1990s when I first became aware of the so-called Mayan prophecy that the world will come to an end on December 21, 2012.
It’s since become obvious—thank goodness—that there is more than one way to read the “prophecy.”
Some still favor gloom and doom but growing numbers have found good reasons to interpret 2012 not so much as a specific date but as
an epoch
that has already begun—a period of thirty, fifty, even a hundred years in which, though there may be trials and tribulations, a bright new future will dawn for humanity—allowing us to manifest a higher state of consciousness and realize our full potential.

Omnitopia Dawn by Diane Duane
Stakeout (2013) by Hall, Parnell
From the Chrysalis by Karen E. Black
Lucky 13 by Rachael Brownell
The Last Voice You Hear by Mick Herron
Balancer (Advent Mage Cycle) by Raconteur, Honor
Doctor Who: War Games by Malcolm Hulke
Her Quicksilver Lover: Even Gods Fall in Love, Book 6 by Lynne Connolly
I Am Not Myself These Days by Josh Kilmer-Purcell
Maestro by Grindstaff, Thomma Lyn