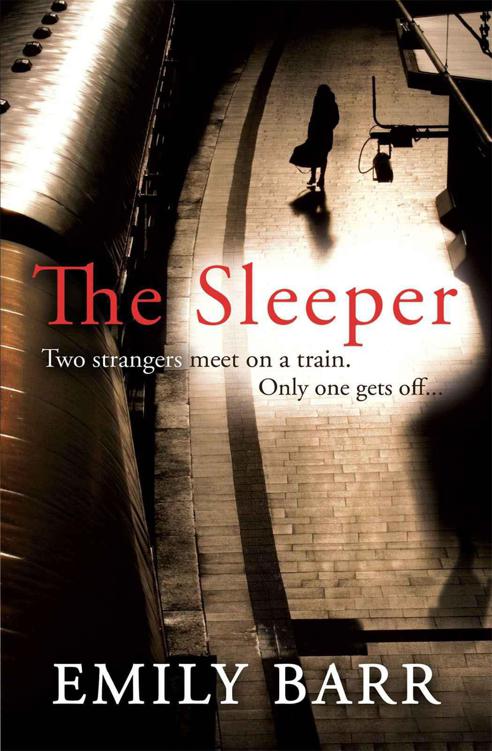 The right of Emily Barr to be identified as the Author of the Work has been asserted by her in accordance with the Copyright, Designs and Patents Act 1988.

First published as an Ebook in 2013 by HEADLINE REVIEW

An imprint of HEADLINE PUBLISHING GROUP

Emily Barr is the well-loved and bestselling author of
Backpack
, the original backpacking novel, and many other highly acclaimed novels. A former journalist, she has travelled around the world and written columns and travel pieces for the
Observer
and the
Guardian
. After living in France, Emily and her husband (whom she met backpacking) settled in Cornwall with their three children. To learn more about Emily and her novels, you can visit her website
www.emilybarr.com
.

Out of my Depth

The Life You Want

‘Beautifully written with engaging, emotionally complex characters and a great plot. I couldn’t put it down’
Daily Mail

‘This gripping novel will have you gasping in sympathy’
Company

‘A great read from start to finish … believable characters that are variously biting, insightful and sympathetic’
The Times

‘Barr has come up with the goods again: a buzzy, exciting work that refuses to bow to convention’
Sunday Express

‘Bright and breezy with a nasty little twist’
Mirror

Lara Finch is living a lie.

Everyone thinks she has a happy life in Cornwall, married to the devoted Sam, but in fact she is desperately bored.

When she is offered a new job that involves commuting to London by sleeper train, she meets Guy and starts an illicit affair. But then Lara vanishes from the night train without a trace. Only her friend Iris disbelieves the official version of events, and sets out to find her.

For Iris, it is the start of a voyage that will take her further than she’s ever travelled and on to a trail of old crimes and dark secrets.

For Lara, it is the end of a journey that started a long time ago. A journey she must finish, before it destroys her…

For James, Gabe, Seb and Lottie, as always, with lots of love.

Huge thanks to an anonymous policeman (you know who you are) for invaluable help with police details, and to Amanda James for detailed advice on Lara’s property development role. Both of you put in a huge amount of time helping me, and any mistakes are mine.

Vanessa Farnell, thank you for once again coming on the research trip with me, and selflessly helping me research Koh Lanta and Krabi. Thank you to Steve and Ali Brooks in Singapore for spectacular hospitality.

Thanks are due to the people who keep me sane on a daily basis: Kerys Deavin, Jayne Kirkham, Bess Revell and many others, and to my children for reminding me constantly that there is life outside the book.

My local bookshop, the Falmouth Bookseller, is a constant support: thanks to Ron Johns and all his colleagues.

I have had enormous support while writing
The Sleeper
from Sherise Hobbs and all the team at Headline, and from my wonderful agent, Jonny Geller, and everyone else at Curtis Brown. Thank you.

She should have been back two hours ago.

A person could not disappear from a train in the middle of the night, but apparently she had. She got on at Paddington (as far as we knew), but she did not get off at Truro.

‘I’m sure she’s fine,’ I told him. My words hung in the air, improbable and trite. I cast around for an explanation. Once you discounted amnesia and sleepwalking, there were really only two, and neither of them would give her husband any comfort.

‘I hope so.’ His face was crumpled and his eyes seemed to have shrunk back under slightly hooded lids. Everything was sagging as, gradually, he stopped being able to pretend that she might be about to walk in through the door. His face was, somehow, at once both red and grey, patchy and uneven.

I had no idea what to do, and so, once again, I started to make coffee. He was looking at his phone, checking again for messages that might, somehow, have arrived by stealth, even though he had turned the volume right up and called it from the landline, just to see.

‘Next train in seven minutes,’ he reported. I set the coffee pot on the stove, lit the gas under it and left it. I opened a few cupboard doors, looking for something easy, something that he might eat without noticing it.

It was strange being in someone else’s kitchen, flung into what I feared was the very early stage of the total breakdown of the life of a man I didn’t even know. He was halfway off the cliff already, clinging on with his fingers to a flimsy clump of grass.

I put some custard creams on a plate.

The view from here was spectacular, but the only part of it either of us could focus on was the little station in the foreground. As a squeal of brakes announced the imminent arrival of the train, he was on his feet, hands pressed against the glass of the full-length window, staring. He would have forgiven her anything if she appeared now, walking around the end of the train, pulling a little case (I was sure she must have had a little pull-along case; people like her did). He would not have cared where she had been, what she had been doing, and with whom.

It had been cold and crisp this morning, but now the sky was filling with fast-moving clouds. They massed above us, waiting for their moment; the light suddenly changed and, though it was still morning, it was instantly as dark as dusk.

We both waited, suspended, for the seconds it took the two-carriage train to reach the end of the branch line and disgorge its few passengers. Most people had got off the train at Falmouth Town, the stop before this one.

In spite of myself, my heart thumped as four passengers emerged around the end of the platform. A grey-haired couple, all walking clothes, backpacks and hearty sticks, set off determinedly across the car park. They were heading, I was sure, for the coastal path. A young man with a skateboard under his arm sauntered after them, wrapped in heavy jacket, scarf and woolly hat. Finally, there was a woman.

She was about the right age, but she was small and hesitant. As we watched, she looked around and stood at the edge of the car park, waiting for something. She had a bag on her back. We both stared until a car pulled up in front of her, and suddenly she smiled and relaxed and opened the back door to lob her bag inside before sitting in the front.

It was not her. Of course it wasn’t. I no longer expected it to be.

Rain started to splatter, half-sleety, against the window.

‘We need to call the police,’ I told him. He pretended not to have heard.

He stands next to me on the balcony and hands me the green mug his horrible mother gave me for Christmas. A train pulls into the station below us. It has two carriages, and thus is the biggest train that will fit alongside that platform.

‘One cup of tea,’ he says, with mock ceremony, and I try not to flinch. ‘I hope it meets with madam’s approval.’

It does not, but I cannot, of course, say so. I cradle it in both hands and try to arrange my features into the right expression. He knows which mugs I like, and he knows that this is emphatically not one of them. I cannot tell him that I care about such trivialities. He would pantomime wide-eyed, reasonable surprise.

Our forearms touch as we lean on the rail, and we look out across the town. The sun is shining on the train in the station, the docks behind it, the town curved beyond them, hugging the harbour. Light glints off the water out there, and tiny dazzling spots of brightness come and go with the movement of the waves. On the other side of the estuary, the trees and fields and mansions of Flushing are glowing in the heat, unusual even for August. Seagulls stand in formation on the roof of one of the warehouses down at the docks. They are doing the bird equivalent of sunbathing. The almost uncomfortable heat on my skin, the salt in the air which I normally don’t notice, the glimmer of the sun on the water all make me think, suddenly, of long-forgotten childhood holidays.

‘It looks like a picture from a children’s book, doesn’t it?’ I say. ‘Station. Container ships. Warships. Sailing boats. Cars. Lorries. There should be words written underneath it.’ I place them with my hand, under the station car park. ‘“How many different forms of transport can you see …?”’

Untaming Lily Wilde by Olivia Fox
The Prize by Becca Jameson
The Runaway Bridesmaid by Daisy James
Subterfudge by Normandie Alleman
Claiming Their Mate by Morganna Williams
Secrets 01 Secrets in the Attic by V. C. Andrews
Betting on You by Jessie Evans
The Dalwich Desecration by Gregory Harris
Elfhame (Skeleton Key) by Anthea Sharp, Skeleton Key
A Hopeless Romantic by Harriet Evans