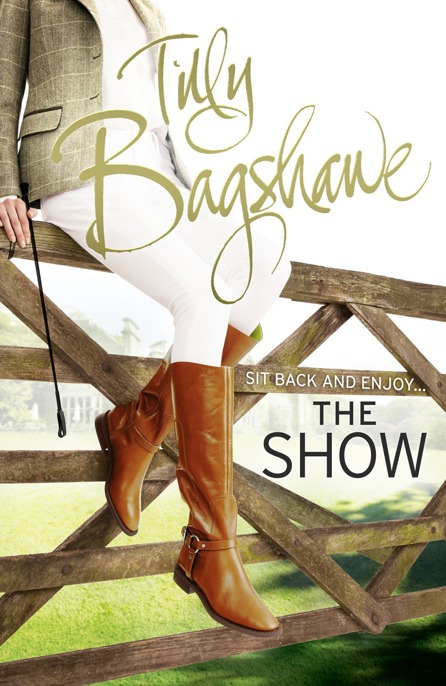 Tilly Bagshawe asserts the moral right to be identified as the author of this work.

For Zanna. With love. 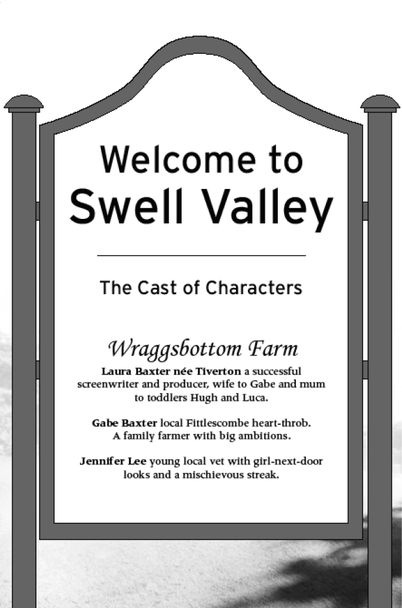 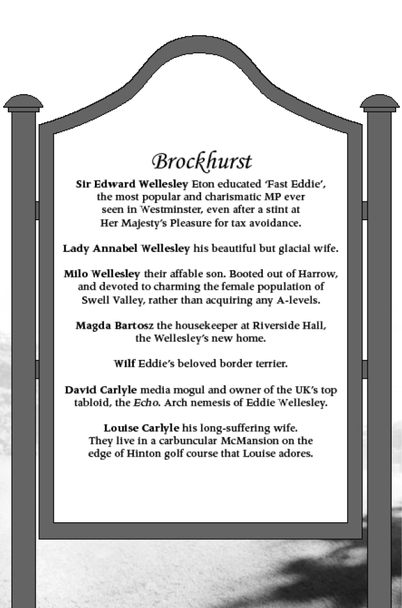 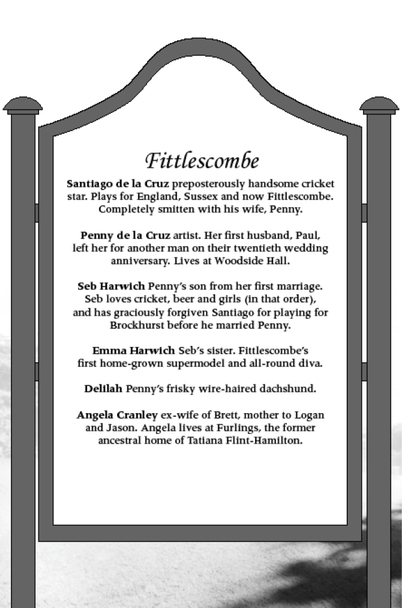 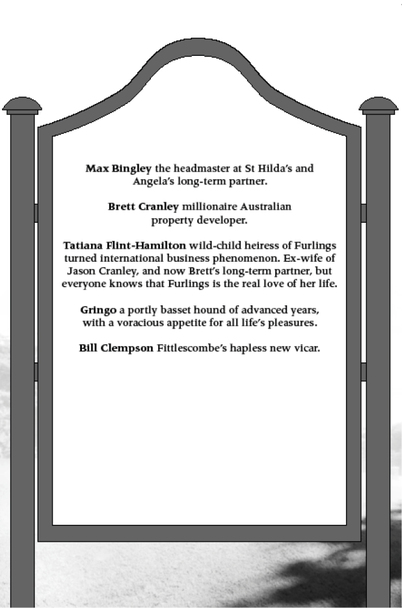 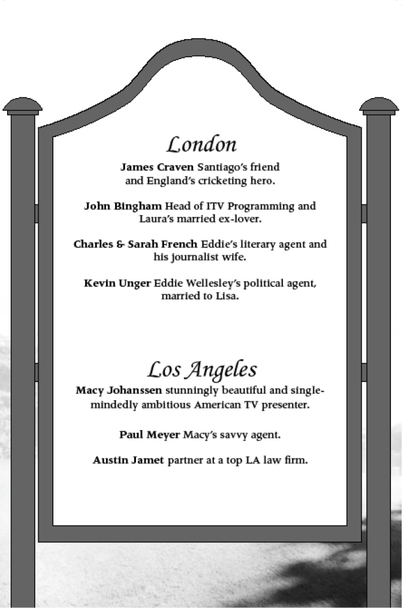 Gabe Baxter leaned over and whispered in his wife’s ear.

‘I can’t shhh. I can’t stand it,’ said Gabe, running a hand through his thick blond hair. ‘Do you think if I offered to pay for the whole roof, she’d stop singing?’

‘Be
quiet
,’ Laura hissed at him. ‘You can’t even pay for your beer, never mind the school roof. So you’re just going to have to let it go!’

Gabe groaned. The Baxters were in the snug bar at The Fox on Fittlescombe Green, along with the rest of the village on this wet January evening, watching the talent show. Danny Jenner, The Fox’s landlord and village gossip, had organized the event to raise funds for a new school roof. The current performer, Claire Leaman, a dumpy twelve-year-old girl with boss eyes and a wildly misplaced confidence in her own abilities, had spent the last three minutes belting out the
Frozen
theme tune as if she were on stage at the Oscars, tossing her hair about and warbling like an opera singer on helium. After ‘Mike Malloy’s Marvellous Magic’ (a single, lame handkerchief trick) and Juggling Jack Willoughby, the half-blind church warden from Brockhurst, Gabe had dared to hope that they’d seen the worst of the night’s performers. Apparently he was wrong.

‘She can bloody well stay on her own,’ Gabe whispered back to Laura. ‘I’m going out for a smoke.’

‘Because she’s Gavin Leaman’s daughter, for one thing.’

‘All the more reason to get out of here,’ Gabe said with feeling.

Gavin Leaman was one of a group of ramblers – ‘The Swell Valley Right-to-Roamers’ they called themselves – who had had the audacity to tramp through Gabe’s orchard last weekend, and who had even wandered into his garden. Gabe had been enjoying
Match of the Day
in his living room when, as he put it, ‘some sanctimonious cagouled muppet with an Ordnance Survey map’ waved at him cheerfully, as if Gabe and Laura’s land was some sort of public park. Gabe had marched outside to have words with the intruders, and had ended up getting into an unfortunate row with Fittlescombe’s new vicar, Bill Clempson. It turned out the vicar was leading the charge on behalf of the ramblers, armed with a sensible padded nylon bum bag and a whistle.

‘You put them up to this, didn’t you, Vicar?’ Gabe said accusingly.

Bill Clempson pursed his lips. ‘I didn’t put anyone up to anything. These people have a perfect right to ramble here.’

‘First of all, they’re not “rambling”,’ Gabe said with feeling. ‘They’re not fucking Wombles. They’re trespassing.’

‘There’s no need to resort to bad language,’ chided the vicar.

‘If you’d taken the time to read the Countryside and Rights of Way Act 2000,’ one of the walkers piped up, an overweight woman in much-too-tight breeches, whom Gabe recognized from his son’s nursery, ‘you would know that the British countryside belongs to all of us.’

Gabe stepped forward menacingly. ‘Not this bit, sweetheart. You have precisely sixty seconds to get off my land or I’ll set the dogs on you. You too, Bill.’ Gabe growled at the vicar.
Fucking interloper.
Who did Clempson think he was?

This being Fittlescombe, exaggerated versions of this showdown were soon flying around the village, with Gabe Baxter either painted as the heroic defender of property rights (an Englishman’s home is his castle, after all) or an elitist snob who begrudged ordinary villagers, and even the parish vicar, a harmless stroll through his fields.

Laura had tried to keep out of it as much as possible. Gabe was right, in her view, but as usual he’d lost his temper and been horribly rude to people that they ran into in the village every single day, which didn’t help their cause, or make Laura’s life any easier. Still, these sorts of spats were part of village life. Not the first time, Laura felt as if her life was morphing into one long episode of
The Archers
.

‘Sorry,’ said Gabe. ‘That’s it.’ With a mortifying clattering of bar stools, Fittlescombe’s best-looking farmer made his way noisily to the door, earning himself a furious look from Claire’s father and envious ones from just about everybody else.

‘I’m so sorry,’ Laura whispered to her neighbours as she followed him, blushing furiously. ‘He’s got a migraine.’

‘Haven’t we all?’ grumbled the old man near the door.

Outside, Laura found Gabe huddled beneath a willow tree, trying unsuccessfully to light a damp roll-up.

‘That was rude,’ she chastised him. ‘Poor girl.’

Off Limits by Lindsay McKenna
Two Christmases by Anne Brooke
A Time To Love by Barbara Cameron
Move to Strike by Perri O'Shaughnessy
Nora & Kettle by Lauren Nicolle Taylor
After Midnight by Irmgard Keun
In the Grip of the Griffin: The Complete Battles of Gordon Manning & The Griffin, Volume 3 by J. Allan Dunn
Yefon: The Red Necklace by Sahndra Dufe
Iron Mike by Patricia Rose
A Face in the Crowd by Stephen King, Stewart O'Nan, Craig Wasson