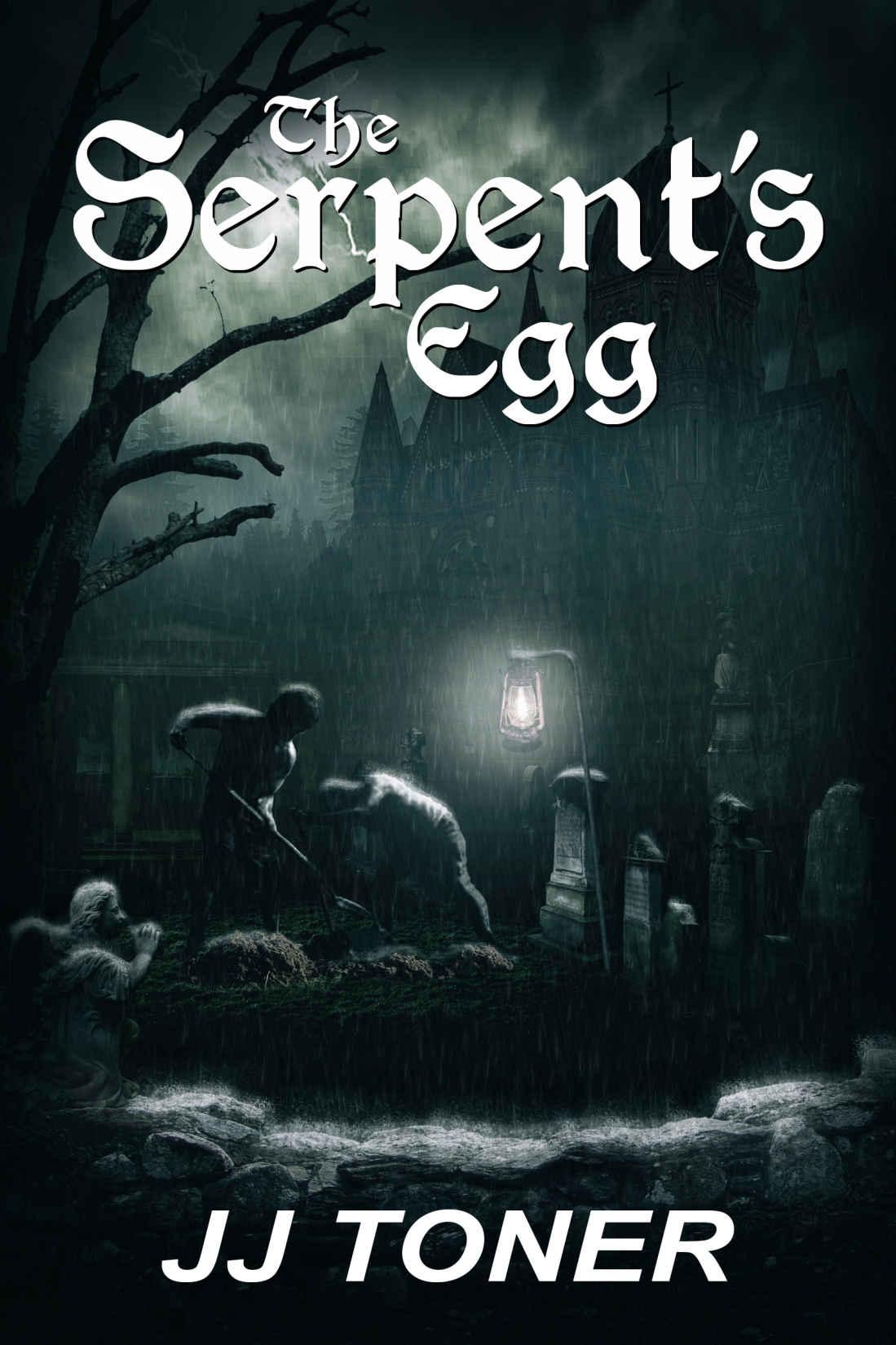 This ebook is licensed for your personal enjoyment only. It may not be re-sold or given away to other people. If you would like to share this book with another person, please purchase an additional copy for each recipient. If you’re reading this book and did not purchase it, or it was not purchased for your use only, then please return to Amazon and purchase your own copy. Thank you for respecting the hard work of this author.

This is a work of fiction. Names, characters, places and incidents are either the product of the author’s imagination or are used fictitiously, and any resemblance to actual persons, business establishments, events or locales are entirely coincidental.

To be notified of future publications,
drop your email address here
.

Anna Weber completed her end-of-day chores in the food court at the department store, and punched her card. Stepping out through the main door, she merged with the Berlin crowds headed east into the wind and rain.

The Brandenburger Brauhaus in Kurfürstenstrasss was packed, ancient wood-paneled walls on all sides throbbing under a roar of speech and laughter. She looked at the crowd in bewilderment. How could she find him among this multitude? She needn’t have worried. Max materialized from the throng like a magician, gripping a glass of beer.

He embraced her with his free arm and shouted in her ear. “What can I get you to drink?”

She tapped her watch. “There’s no time.”

“You have time for a small one.”

Before she could object again he handed her his half-finished drink and disappeared back into the crowd.

Anna sipped Max’s beer while she waited. The clock on the wall was five minutes fast, but still she watched nervously as it edged toward 6:15.

The wall clock showed 6:24 by the time Max re-emerged from the crowd, carrying a half-glass. She frowned at him and tapped her watch again.

She held onto Max’s glass, lifting it to her lips. Max downed the half-liter in one long gulp. Max could drink for the Fatherland. If ever they made beer drinking an Olympic sport, he would surely win the gold medal! She set Max’s glass on a shelf. He picked it up, finished it and wiped his mouth with the back of his hand. Then he linked her arm and they hurried from the beer cellar.

Madam Krauss had rooms in a townhouse a few doors from the Brauhaus. It wasn’t far, but the rain had turned to a downpour. They ducked into Madam Krauss’s porch, shaking the worst of the water from their coats. Max reached for the knocker, but before he could lift it the door opened and an officer in a Wehrmacht uniform emerged. The collar of his greatcoat was turned up, and he lifted his hat to his head as he brushed past, keeping his face hidden from them.

They stepped inside to a hallway with a steep staircase, the walls adorned with striped wallpaper from an earlier century. The Führer frowned at them from a picture on one wall.

A thin odor of damp straw filled Anna’s nostrils. Not an unpleasant smell, it reminded her of the stables in Dresden where she used to take riding lessons as a child. She sneezed.

The cracked voice of an old woman emanated from a parlor beyond the staircase. “In here, children.”

Madam Krauss was indeed an old woman. She sat behind a table, her head wrapped in a woolen shawl that matched the dark tablecloth. A meager fire flickered in the grate.

They moved forward and took the two seats available. Anna removed her hat and placed it in her lap.

Madam Krauss observed them with piercing eyes barely visible behind high cheekbones. Her wrinkled skin was the color of mud. Her hooked nose gave an impression of one of Grimm’s witches.

She sat back and linked her bony hands across her belly. “Welcome to my home. You are Anna?”

“Yes, Madam, and this is my fiancé, Max-Christian.”

“You are both welcome.”

Madam Krauss placed a deck of Tarot cards on the table. “We’ll start with you, young man. First, touch the cards. Shuffle them if you like.”

Max picked up the cards and shuffled them energetically. He put the shuffled pack on the table.

“Thank you. Now I want you to close your eyes and concentrate on your dearest wish. Don’t tell me what it is. Just keep it in your mind.”

Max closed his eyes. Madam Krauss leaned forward, dealt five Tarot cards from the deck and placed them in a cross on the table, face down.

“You can open your eyes now, Max-Christian.” She pointed to the center card. “Turn over this card first.”

“Ah! The Wheel of Fortune. This shows me that you are a man of strong convictions, someone who always gets what he wants from life. Now turn over the rest of the cards.”

He turned over the four remaining cards, and Anna drew in a sharp breath. The card on the right was the Grim Reaper, the one on the left a man hanging upside down, tied to a cross.

Madam Krauss stroked her chin while she examined the cards. She looked at Anna. “It’s not what you think, child. The Death card often signifies marriage or a love affair. The Hanged Man could point to someone suffering an injury or something being broken.”

“The card below is The Pope, indicating travel or secrets, and the card above is the Popess, which speaks of passion, but also represents enlightenment or knowledge. The Pope and the Popess together gives us secret knowledge or enlightenment through travel.”

Anna lifted her hat from her lap. She had flattened it under her fists. “But what does it all mean, Madam?”

Madam Krauss sat back in her chair again. She addressed her remarks to Anna. “Max-Christian is a man of strong convictions, convictions that will lead him into situations – perhaps in a foreign land – where his inner strength will be called upon to help him deal wisely with secrets. He may marry, but something will have to be broken first.”

Like an engagement? Was she saying that Max would marry someone else? Anna didn’t believe that. Surely the fortune-teller was sugarcoating the truth. Max was going to die young.

“What does all that mean?” said Max.

“It means what it means, child. The cards cannot give us certainty. Every man and woman has a free will, freedom to make choices that determine how our lives develop. Without that we are no better than the animals, after all, are we not?”

Anna’s fingers attempted to rebuild the shape of her hat. “And what about marriage?”

“Marriage is a possibility, but I would say not a certainty.”

Max grunted. “So what use are the cards?”

How rude is that!
Anna kicked his shin under the table.

“The cards do not lie. They have shown us your future. All I can do is interpret them as best I can.” Madam Krauss gathered the cards and placed them in front of Anna. “Your turn now, young lady. Touch the cards, shuffle them if you like.”

Anna placed a finger on the deck and withdrew it again.

“Thank you. Now close your eyes. Concentrate on your dearest wish. Don’t tell me what it is. Just keep it in your mind.”

Anna closed her eyes. She pictured herself in a white wedding dress with a long train, and Max beside her in a dark suit. They were in a church, exchanging rings. The priest raised his hand to bless them…

When Anna saw the center card, her heart jumped in her chest.

“Your center card is The Lovers. We know what that means.”

“Probably marriage, but love certainly. Now turn over the other cards.”

Anna’s hand trembled as she turned the cards.

“The card on the left is Justice, representing tenacity. This goes well with the card on the right, The Chariot, which represents Victory. The card below is The Star. That is Incapacity or Hope. The card above is The Hermit or Wise Man.”

Max snorted. “What does all that mean?”

She kicked at his shin again, but missed.

“Anna will be loved. She may marry. Her tenacity will ensure victory or justice, possibly with the help of a wise man with an incapacity or illness.”

Anna sprang to her own interpretation straight away. “Could the wise man be a wise woman?”

Madam Krauss nodded. “Yes, that could be.”

The fortune-teller put the cards away. She placed her hands on the table, palms up. “Take my hands, children.” Anna took one hand, Max the other. “Make a circle.” Max and Anna joined hands. “Close your eyes and concentrate.”

A minute passed in silence. Anna opened one eye and closed it again.

“I see you travelling together on a train. There are mountains, snow-capped mountains.” She released their hands.

In Max and Anna’s studio apartment in Kolonnenstrasss, Anna stood by the window. The rain battered the glass, depositing droplets that quivered in the wind like frightened souls before coalescing to hurtle downward to collective annihilation. She shivered.

Max stirred in the bed behind her. He was the envy of all her friends. She was lucky to have him. There were so few young men that were not members of the dreaded SS, the thuggish SA, or the armed forces, the Wehrmacht.

She perched on the bed beside him. “Good morning, sleepyhead.”

He ran a hand over his head and rubbed his eyes. “What time is it?”

“It’s after nine.” She touched his arm, grateful that he’d said nothing about the previous night’s argument. “I thought you were going to sleep all day.”

Max threw back the covers and leapt from the bed. “Make me some breakfast while I put some clothes on, Anna.” The sound of her name from his lips sent a warm shiver through her body.

“As you command, Lord.” She laughed. Her Max was a picture in his sleep, but he was so much more when he was awake, tall with a fine head of dark hair, lean and lissome – and naked!

Breakfast consisted of pan-fried eggs, coffee and light brown bread. They ate in silence, the argument hanging in the air between them like a bad smell. Anna had to say something to dispel it, and maybe to resolve the argument, one way or the other.

“Yes, I will, but I just wanted to say that your situation would improve if we were married.”

How different the sound of her name now.

“Yes, of course. As long as we are unmarried it’s obvious that we don’t have authorization, and everybody knows what that means. If we were married there would be no obstacle to your promotion and I’d be more secure in my job.”

“Since when does it affect your job?”