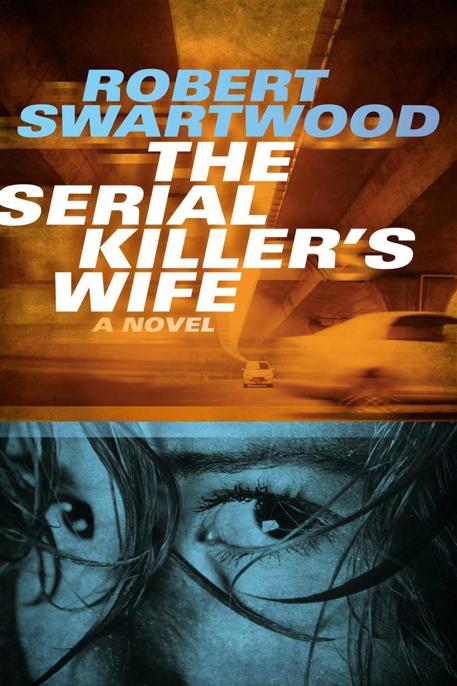 Five years ago Elizabeth Piccioni’s husband was arrested for being a serial killer. Her life suddenly turned upside down, she did what she thought was best for her newborn baby: she took her son and ran away to start a new life.

Now, living in a quiet part of the Midwest with a new identity, Elizabeth is ready to start over. But one day she receives a phone call from a person calling himself Cain. Cain somehow knows about her past life. He has abducted her son, and if Elizabeth wants to save him she must retrieve her husband’s trophies—the fingers he cut off each of his victims.

With a deadline of one hundred hours, Elizabeth has no choice but to return to the life she once fled, where she will soon realize that everything she thought she knew is a lie, and what’s more shocking than Cain’s identity is the truth about her husband.

praise for
ROBERT SWARTWOOD
and
THE SERIAL KILLER’S WIFE

“This is a scary, thrilling, page-turning, race-against-the-clock novel if ever there was one, with a true shocker of an ending. Miss this one at your own peril.”

“An explosive summer thriller. Robert Swartwood is a sharp writer, his prose lean and mean as a razor blade. He notches up the tension from chapter to chapter like a master storyteller, keeping you reading long into the night.”

“Robert Swartwood is the next F. Paul Wilson—if F. Paul Wilson’s DNA was spliced with Michael Marshall Smith. If you haven’t yet read Swartwood, you’re missing out.”

Excerpt from
No Shelter

Robert Swartwood, the writer and editor behind the Hint Fiction movement and subsequent W. W. Norton anthology, has come out swinging with one hell of a thriller.

One of my favorite suspense tropes is the person in hiding, who, by some terrible circumstance, has been forced to create a new life for themselves. When done well, rarely is storytelling so compelling.

Herein lies such a story.

Elizabeth Piccioni, aka Sarah, has created a new life for herself and her son out of the ruins of her old one—namely being married to the infamous serial murderer, Edward Piccioni, now incarcerated for his unspeakable crimes.

But someone has found her, and they’ve used her most precious possession—her son—as leverage for her to do a horrible thing which will undoubtedly send her reeling back into the nightmare of her past.

This is a scary, thrilling, page-turning, race-against-the-clock novel if ever there was one, with a true shocker of an ending.

Miss this one at your own peril.

Just as in Eden, where Adam was manipulated by Eve, I believe that Edward Piccioni was manipulated. Not that he did not viciously rape and murder those women—he did do that without a doubt—but he was manipulated into doing so by his own Eve: Elizabeth Piccioni. He was the puppet, she the puppet master.

T
HEY
WERE
DISCUSSING
the different ways to kill the child molester.

Or rather Chad Cooper was discussing the different ways, sitting at his place at the lunchroom table, slicing an apple, while the rest of them stared at him in stunned silence.

“Drowning him might not be the best idea,” he said, his focus on the apple, “as it raises the question of just
how
you get a chance to push and then keep his head under water. Maybe a hit-and-run would be better. No, you know what would be best? An icicle. Don’t they say that’s the perfect murder weapon?”

He paused, suddenly noticing the palpable silence, and looked up. He was in his forties, his brown hair thinning, his potbelly beginning to grow more pronounced by the semester. A social studies teacher for eleven years, he was known for being one of the students’ favorite teachers in the middle school. He always incorporated movies into his lessons and would sometimes bring in his guitar and play popular songs whose words he’d change around to help the students remember certain vocabulary words and important dates and places that would appear on their tests.

How the conversation had even turned to Reginald Moore nobody could begin to guess, but they all knew Chad’s frustrations, what with the convicted sex offender having moved into his neighborhood just a few weeks ago.

“Chad,” Eileen Peters sighed, an English teacher for fifteen years, the eighth grade team leader who seemed to always have her auburn hair in a bun, “we all know how you feel—”

“No you don’t. Especially you, Eileen. You don’t even have kids.”

The silence that followed this was even more palpable. Eileen’s face had begun to redden. It was true, she had no kids, because, according to gossip, she was barren.

Chad, who normally had a cheery disposition, didn’t even seem fazed by the fact Eileen now looked like she was about to cry.

“And the worst part?” He shoved an apple slice in his mouth. “They let him move into a house less than three miles away from the elementary school. I mean, seriously, what the fuck is that?”

Nobody spoke. Nobody moved. Nobody even looked at Chad now as he chewed his apple slice and shook his head. He scanned the table, trying to find supporters, somebody to back him up with just a simple nod, but none of his colleagues would meet his eyes. And so it made sense that, after having exhausted the normal route, he would turn to her.

“What about you, Sarah?”

Lunchtime on Fridays had always been a treat for her, the Oakville Middle School eighth grade teachers winding down after a stressful week, the men going without ties, the women wearing jeans, happy to know that in only a few hours the weekend would start and it would be another two days off before they had to come back in on Monday and do it all over again. They’d sit around the three long tables pushed together to create one large table, their brown-bagged lunches placed in front of them. During the week one or two teachers might work at one of the half dozen desks set up around the room, grading papers or prepping tests. But not on Friday. No, Friday was a time when everyone shared lunch together, joking, laughing, telling stories.

She found herself clearing her throat in a demure sort of way. “I’m sorry?”

She gave a cautious glance around the table. “Five.”

“So then how would you feel if a registered sex offender moved in right down the block from you? Wouldn’t you be a little, oh I don’t know, upset?”

For the first time in a long while she reminded herself that she wasn’t supposed to be here. She was a teacher’s assistant, yes, but this room, this table, was for the teachers. Those men and women who had taken four years of college to earn their education degrees, some who had gone on to earn their master’s, who applied and interviewed and were eventually hired as first-year teachers, always the toughest job for any teacher, having to prove your worth not just to the faculty and staff and school board but to the students, to yourself.

Where she should be right now was in the cinder-block room connected to the cafeteria, a sterile place filled only with the continuous buzz of the Coke machine in the corner, of myriad conversations from the seventh and eight graders out beyond the door propped open with a makeshift wooden stopper. There she should be with the other teacher assistants, the other substitutes, but over the past two years she had slowly stopped eating her lunch in that room and transitioned to this room, with the real teachers, the place that felt more comfortable, and they had welcomed her with open arms and she had enjoyed every moment of it, every moment except this one.

“Well?” Chad said, chopping off another slice of apple much harder than was necessary, his focus on her turning into a glare.

“I imagine I would not be happy about the situation, no.”

That glare continued, but only for a moment, and then Chad grinned, gave one of those half-laughs, and turned back to the rest of the table.

“See? Even Sarah wouldn’t be happy about a child molester moving in next door. And the truth is, none of you would either.”

“Chad,” Dick Cummings sighed, a Phys Ed teacher of fourteen years who had no choice but to endure his name, “none of us said—”

“
I don’t want to hear it
,” Chad snapped. He’d brought up the paring knife so it was pointed toward Dick, held it there for a second or two before he noticed the expressions on everyone’s faces. Pulling himself together, he quickly lowered the knife, placed it on the table beside his napkin and the remains of his apple, and stood up. “I’m ... sorry. I think I just need to take a walk.”

And then before anyone could say a word he was gone, the door closing behind him with the finality of a period, and at once everyone released a breath at the same time.

The phone on Eileen’s desk rang.

As Eileen got up and went to her desk, everyone else started talking.

“The ironic thing?” Gail Costello said, an Art teacher. “He considers himself so liberal. Always about pro-choice this, no death penalty that. I mean, I wouldn’t be happy if that pervert moved in down the street from me either, but don’t be a hypocrite.”

This was followed by nods of agreement, more murmuring, and before she knew it Eileen called her name.

“Sarah? You have a phone call.”

She frowned as she met Eileen at her desk, wondering who would be calling her at this extension. Maybe Todd if he had a free period that coincided with this lunch hour. Anybody else would have her cell phone number and would try her there first, and when she didn’t answer they’d leave a message if whatever they wanted to discuss with her was important enough. Then again, that was doubtful too, as pretty much
nobody
had her cell phone number.

Eileen gave her a forced smile, one that reminded her she wasn’t supposed to be here in the first place, was just a lowly teacher’s assistant whose lunchtime was meant to be sequestered to that cinder-block room just outside the cafeteria with the rest of the non-faculty.

She took the phone with her own forced smile, then waited until Eileen had started away before placing the phone to her ear and saying hello.

“Elizabeth Piccioni?” said a dark robotic voice on the other end.

The Awakened by Sara Elizabeth Santana
Steal Your Heart Away by Gina Presley
Heart Of The Bear (Appalachian Shifters #1) by Alanis Knight
The Dust: Book Three - Sanctum by Sharp, David H
The Library - The Complete Series by Amy Cross
Baron's Last Hunt by S.A. Garcia
Rise (Roam Series, Book Three) by Stedronsky, Kimberly
Family of Lies: Sebastian by Sam Argent
As High as the Heavens by Kathleen Morgan
A Reaper Made by Liz Long