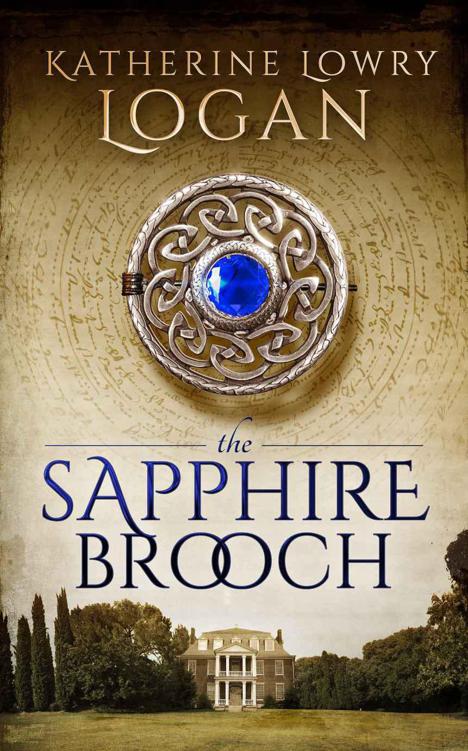 This is a work of fiction. Names, characters, places, and incidents are the product of the author’s imagination, or are used fictitiously, and any resemblance to actual persons living or dead, business establishments, events, or locales is entirely coincidental.

All rights reserved. No part of this book may be used or reproduced in any manner whatsoever without written permission of the author, except in the case of brief quotations embodied in critical articles or reviews.

“History, despite its wrenching pain cannot be unlived, but if faced with courage, need not be lived again.” – Maya Angelou

“I will do my part as if the issue of the whole struggle depends on me alone.” – Abraham Lincoln

“The best thing about the future is that it comes one day at a time.” – Abraham Lincoln

“Every man’s happiness is his own responsibility.” – Abraham Lincoln

“The better part of one’s life consists of his friendships.” – Abraham Lincoln

“History, despite its wrenching pain cannot be unlived, but if faced with courage, need not be lived again.”

D
eath waited on
the other side of the partially shuttered window, pointing its long, bony finger at Michael Abraham McCabe. He didn’t fear death, never had. Dying slow from a gut-shot was preferable to dying at the end of a rope. Either way, the shutters would open fully and Death would sling Braham’s body over its shoulder and haul him the short distance to Hell.

Braham crawled his hand along the curve of his swollen belly. The bullet had branded him with a sizzling, red-hot poker, burning flesh and sinew down to the bone, and his body contorted in brutal agony.

Through dry, cracked lips he exhaled one word, “Water.” He didn’t need much. Only a sip to quench his thirst would do. He tried licking his lips but his thick tongue wouldn’t slide across the chapped skin.

Behind his half-opened eyelids, wavy figures shambled around him. He blinked and tried to focus on the rows of beds filled with moaning men, wounded Confederate soldiers, not Yankee spies like him.

Johnny Rebs had tossed him onto a bed. “Don’t let the bastard die,” they had told the surgeon. “We intend to hang him.”

The nurses called him a dead man walking toward the gallows.

That’s what he was, but would Death take him by the hand before the hangman could put a noose around his neck? The soldiers had tried to beat the names of Richmond’s underground network out of him. They couldn’t. So they intended to strip him of what he cherished most—his honor. He would die the dishonorable death of a spy. And who would care? He was alone. Not only on this ward but also in life. He had no family. No son to carry on his name. All a man had at the end of the day was his honor, and the Rebs intended to dump his into an unmarked grave.

The door at the end of the building opened and rattled shut. “Where’s the prisoner?” the man asked in a distinctive Virginia drawl.

Feet shuffled. A chair scraped across the floor. “Down there. Number twelve. If’n you ask me, the man’s gonna die right soon,” a young lad said.

“Are you the night nurse?”

Boot heels thudding purposefully against the floorboards grew louder, sharper. Brisk movements churned up the air throughout the ward. Men turned in their beds to see the newcomer. Braham turned, too, and rerouted his attention from the sharp stabs of pain in his belly to the man striding toward him wearing a gray officer’s tunic. He hadn’t seen this surgeon before. Would he do anything different from what the others had done? Five or six surgeons had already examined him. Afterwards, they had walked away shaking their heads, saying, “There’s nothing we can do for that one.”

“What? Oh…well, he was caught down by the railroad tracks. Quicker to bring him here. President Davis believes he can identify spies living in Richmond. Has he said anything?”

“I been here all day. He’s yelped some but ain’t said nuthin’.”

The surgeon reached Braham’s metal-framed bed and read the paper ticket hanging on the end of the frame. He had wondered what was written on the paper other than his name, date of admission, and injury. Instead of entering information about his regiment, had they written
Yankee spy
? Would they tie the paper to his toe when they buried him?

The surgeon tugged on his hickory-colored beard and furrowed his brow. “Is there an exit wound?”

“Nope. Still got that Minié ball in his gut. If it don’t kill him, the hangman will.”

The surgeon pressed his fingers against the inside of Braham’s wrist and held them there. His touch was gentle, with an almost silky feel to his skin, and there were no slight pricks from sharp or ragged nails. Hands told a lot about a person, especially when they fanned a deck of cards or tended a wound or touched him in tender places.

Braham clenched his teeth against the chill brought on by another bout of rigors. “Water.”

The surgeon’s forehead creased as he lifted the dressing, pulling scab and crusted dirt from Braham’s wound. When he pressed his fingers into Braham’s belly, pain lanced through him, and he cried out, “
Ahhhh.
”

“Sorry.” The surgeon withdrew his fingers and straightened, mumbling under his breath. Then he looked at the wound again. “How long has he been shaking like this?”

“Awhile, I reckon. How long you ’spect he’s gonna live?”

“At this rate, only a few hours.” The surgeon’s baffled look pinched his brow. Braham had seen similar expressions on other officers weighing difficult decisions. What concerned this surgeon that hadn’t concerned the others? It didn’t matter. Not really. His pain would end in a matter of hours—one way or another.

Flickering candles threw enough light for Braham to look into the doctor’s almond-shaped, blue eyes, now studying him with penetrating scrutiny. He tugged on the man’s sleeve. “Water.”

The surgeon turned toward the nurse. “Bring me clean bandages.”

“My orders are to leave him be.”

“I’m not going to watch a man die without trying to make his last moments comfortable. Now go.”

The nurse gave the doctor a brusque nod, then spun on his heel. His boots scuffed along the floor, growing fainter with each hurried step.

The surgeon sat on the edge of a spindle-back chair and scooted it closer, scraping wobbly legs against the floor. Dust fountained off him, as if he’d ridden for a month without care for himself or his mount. He took Braham’s bruised hand between both of his.

A velvety whisper sounded in his ear. “I’ve been sent to rescue you, Major. I’m getting you out of here.”

Was he already dead? Was the Angel of Mercy upon him? Forcing words through his cotton mouth he asked, “Am I dead?”

“My legs won’t carry me very far.” Braham’s shallow breathing grew quiet for a moment, and he remained motionless, save for a twitch of a small muscle beneath his right eye.

The surgeon let go of his hand and leaned closer. “Hold on, we’re going for a ride.”

Braham didn’t know how it was possible, but he believed the surgeon would rescue him, and his spirit ignited with hope. Maybe Fate wasn’t leading him to a slow death or a noose around his neck, but to a life filled with love, and a soul healed in the fertile soil of his vineyards.

Braham sniffed, turning his head to pull air deep into his lungs. The autumn scent of burnished gold leaves and fermenting grapes lingered gently on night’s breath. Where the scent came from he didn’t know, but as fog engulfed him, he closed his eyes and translated the Gaelic in his mind—
Love is not measured by time or space. Love is measured by the power of the soul.
Then he took in another deep breath and exhaled, long and slow.

C
harlotte Lynn Mallory’s
boot heels clicking against the hardwood floor echoed through the quiet house as she swaggered out of the kitchen, down the long hall, and into the mansion’s foyer, carrying a travel cup of black coffee. When she caught sight of her reflection in the gilded-frame mirror hanging over the acorn-patterned mantel, gooseflesh rippled on her forearms. She stopped and cocked her head left, then right, and then left again, but nothing changed. The image reflecting back in the polished glass was still not her own, but that of her six-times-great-grandfather, Major Charles Jackson Mallory.

She glanced over her shoulder, saluting sharply to his portrait, which hung at the bottom of the square-ridge staircase that rose three floors. Her leg muscles still burned from her half dozen trips to the top floor to gather her reenacting equipment.

The portrait artist had painted her grandsire in full Confederate uniform. His left hand, which bore the family acorn signet ring, was prominently displayed on the hilt of his saber, and his other hand rested affectionately on his wife’s shoulder. Not only did Charlotte’s uniform match his down to the Virginia seal buttons, but so did her Lincoln-style beard and brown wig.

She squinted into the mirror, grimacing at a stray blonde curl peeking out from beneath her shoulder-length wig.
Well, that won’t do at all.
She tucked in the errant strands, then scrutinized her face and head. Was there anything else amiss? Earrings?
Nope
. Lipstick?
Ha. That’s funny.
At the rate she used the Bobbi Brown pinky-brown lip color in her purse, the tube would last another five years.

Charlotte set the coffee cup on the mantel and patted her hands down the front and sides of her dark blue trousers, checking for lose threads. Her tailor had reinforced the stitches where the black velvet side stripes and gold cords attached to the pants. He had also added extra padding to the cadet gray officer’s tunic to give her a bulkier shape. She had dropped a few pounds while training for last month’s marathon in Charlottesville, so the tailor padded the jacket instead of taking in seams he might have to let out later.