Read The Queen's Vow: A Novel of Isabella of Castile Online

The Queen's Vow: A Novel of Isabella of Castile 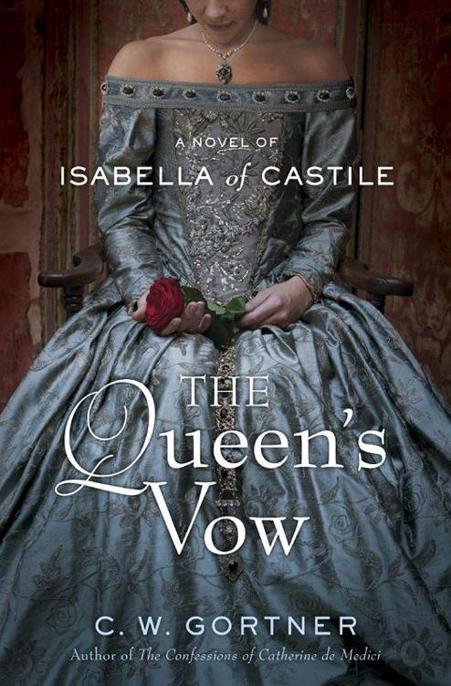 The Queen’s Vow
is a work of historical fiction. Apart from the well-known actual people, events, and locales that figure in the narrative, all names, characters, places, and incidents are the products of the author’s imagination or are used fictitiously. Any resemblance to actual events, locales, or persons, living or dead, is entirely coincidental.

B
ALLANTINE
and colophon are registered trademarks of Random House, Inc.

I have come to this land and I certainly do not intend
to leave it to flee or shirk my work;
nor shall I give such glory to my enemies
or such pain to my subjects
.

—
ISABELLA I OF CASTILE 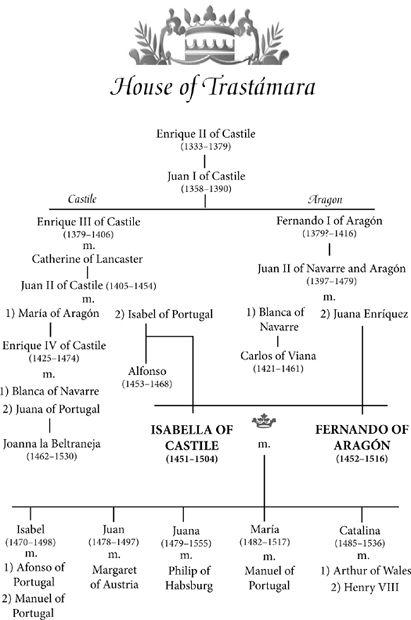 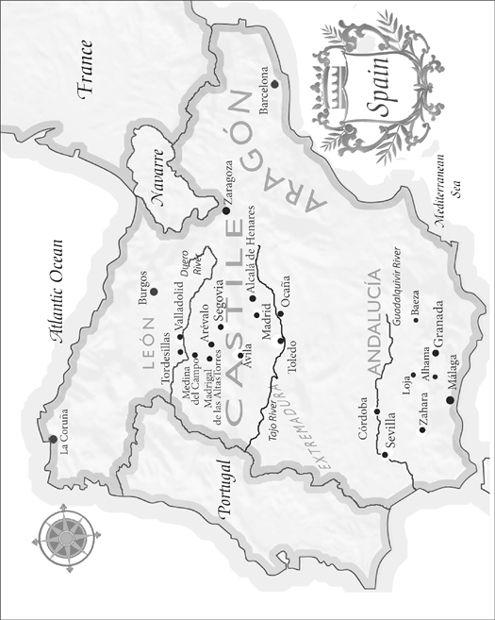 N
o one believed I was destined for greatness.

I came into the world in the Castilian township of Madrigal de las Altas Torres, the first child of my father, Juan II’s marriage to his second wife, Isabel of Portugal, after whom I was named—an infanta, healthy and unusually quiet, whose arrival was heralded by bells and perfunctory congratulations but no fanfare. My father had already sired an heir by his first marriage, my half brother, Enrique; and when my mother bore my brother, Alfonso, two years after me, shoring up the male Trastámara bloodline, everyone believed I’d be relegated to the cloister and distaff, an advantageous marriage pawn for Castile.

As often happens, God had other plans.

I CAN STILL
recall the hour when everything changed.

I was not yet four years old. My father had been ill for weeks with a terrible fever, shut behind the closed doors of his apartments in the alcazar of Valladolid. I did not know him well, this forty-nine-year-old king whom his subjects had dubbed El Inútil, the Useless, for the manner in which he’d ruled. To this day, all I remember is a tall, lean man with sad eyes and a watery smile, who once summoned me to his private rooms and gave me a jeweled comb, enameled in the Moorish style. A short, swarthy lord stood behind my father’s throne the entire time I was there, his stubby-fingered hand resting possessively on its back as he watched me with keen eyes.

A few months after that meeting, I overheard women in my mother’s household whisper that the short lord had been beheaded and that his death had plunged my father into inconsolable grief.

“Lo mató esa loba portuguesa,”
the women said. “The Portuguese she-wolf had Constable Luna killed because he was the king’s favorite.”
Then one of them hissed, “Hush! The child, she’s listening!” They froze in unison, like figures woven in a tapestry, seeing me seated in the alcove right next to them, all eyes and ears.

Only days after overhearing the ladies, I was hastily awakened, swathed in a cloak, and trotted through the alcazar’s corridors to the royal apartments, only this time I was led into a stifling chamber where braziers burned and the muffled psalms of kneeling monks drifted through the room beneath a wreath of incense smoke. Copper lamps dangled overhead on gilt chains, the oily glow wavering across grim-faced grandees in somber finery.

On the large bed before me, the curtains were drawn back.

I paused on the threshold, instinctively looking about for the short lord, though I knew he was dead. Then I espied my father’s favorite peregrine perched in the alcove, chained to its silver post. Its enlarged pupils swiveled to me, opaque and flame-lit.

I went still. I sensed something awful that I did not want to see.

“My child, go,” my
aya
, Doña Clara, urged. “His Majesty your father is asking for you.”

I refused to move, turning to cling to her skirts, hiding my face in their dusty folds. I heard heavy footsteps come up behind me; a deep voice said, “Is this our little Infanta Isabella? Come, let me see you, child.”

Something in that voice tugged at me, making me look up.

A man loomed over me, large and barrel-chested, dressed in the dark garb of a grandee. His goateed face was plump, his light brown eyes piercing. He was not handsome; he looked like a pampered palace cat, but the slight tilt to his rosy mouth entranced me, for it seemed he smiled only for me, with a single-minded attentiveness that made me feel I was the only person he cared to see.

He held out a surprisingly delicate hand for a man of his size. “I am Archbishop Carrillo of Toledo,” he said. “Come with me, Your Highness. There is nothing to fear.”

I tentatively took his hand; his fingers were strong and warm. I felt safe as his hand closed over mine and he led me past the monks and dark-clad courtiers, their anonymous eyes seeming to glint with dispassionate interest like those of the falcon in the alcove.

The archbishop hoisted me onto a footstool by the bed, so I could stand near my father. I heard the king’s breath making a noisy rasp in his lungs; his skin was pasted on his bones, already a strange waxen hue. His eyes were closed, his thin-fingered hands crossed over his chest as if he were an effigy on one of the elaborate tombs that littered our cathedrals.

I must have made a sound of dismay, for Carrillo murmured in my ear, “You must kiss him, Isabella. Give your father your blessing so he can leave this vale of tears in peace.”

Though it was the last thing I wanted to do, I held my breath, bent over, and quickly pecked my father’s cheek. I felt the chill of fever on his skin. I recoiled, my gaze lifting to the other side of the bed.

There, I saw a silhouette. For a horrifying moment, I thought it was the ghost of the dead constable, whom my ladies claimed haunted the castle, restless for revenge. But then an errant flicker from the lamps sliced across his face and I recognized my older half brother, Prince Enrique. The sight of him startled me; he usually stayed far from court, preferring his beloved
casa real
in Segovia, where it was said he kept an infidel guard around him and a menagerie of exotic beasts he fed with his own hands. Yet now he was here, in our father’s death chamber, enveloped in a black cloak, the scarlet turban on his head hiding his mop of shaggy fair hair and enhancing his odd, flattened nose and small, close-set eyes, which gave him the appearance of an unkempt lion.

Tartok the Ice Beast by Adam Blade
The Azrael: The Reckoning by Jesse Gagnon
Sixteenth Summer by Michelle Dalton
Blood Diamonds by Greg Campbell
Aura by Abraham, M.A.
Unsettled (Chosen #1) by Alisa Mullen
Hurricane Dan (A Zombie Novel) by Wellman, Bret
Under the Moon by Natalie J. Damschroder
Snipped in the Bud by Kate Collins
Valis by Philip K. Dick