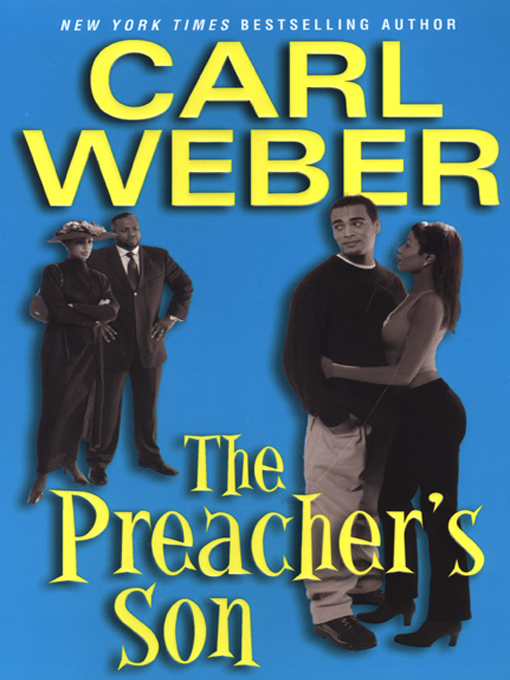 I stopped dead in my tracks.

I realized it was not my mother, as I had expected. It was the vibrant and sexy Anita Bell, the only woman I’d ever loved, or at least thought I loved.

“Anita.” I gasped as my eyes quickly roamed over her body. Anita was dressed in a very conservative white church dress with white heels, but her voluptuous body made anything she wore look provocative.

She locked the door then stepped closer to me. She kissed me with her full lips. “I missed you, Dante,” she whispered.

She kissed me again before I could respond. This time she wrapped her arms around me and I did the same, closing my eyes. Our kiss was so passionate it took my breath away. When it was finally over, we stayed wrapped in each other’s arms and stared lustfully into each other’s eyes.

“God, I missed you, Dante,” she whispered.

“I missed you, too,” I said as I gently pushed her away. “Just not enough to commit adultery. Where’s your husband?”

SO YOU CALL YOURSELF A MAN

This book is dedicated to the late minister Tyrone Thompson, the man who taught me more about God, the church, and living on this earth than anyone else. Rest in peace, my friend. I’ll see you when I get there.

First off, I have to thank God. Without Him none of this would be possible.

Thanks to all the book clubs and fans who have read my books. It’s you who make this whole thing worthwhile and get me up at three in the morning to write. I know this story is a little different from the kind I usually write, but I think you’ll enjoy it.

To Karen Thomas, my editor and my friend. You’ve taught me so much about the industry, more than you probably realize. Thanks. I’ll always be grateful.

To Walter Zacharius, Steven Zacharius, Laurie Parkin. Thanks for believing in me and my dream for Urban Books.

To Robilyn Heath, my right hand, and Roy Glenn, my left hand, thanks for all your hard work and help with Urban Books. To my Urban Books family, you are some of the most talented people in this business. With a little hard work I’m sure you will all achieve your dreams.

Thanks to Paul Chin, my attorney. Thanks for watching my back as I crawl through the maze of the publishing world.

Thanks to Linda Williams, Linda Gurrant, Valerie Skinner, Marlene Hernandez, and Ann Murphy—my readers. You have been a help that I can’t even explain.

Thanks to Maxine Thompson. I could not have done this book without your help. Good luck in all you do.

Thanks to Marie Brown, my agent and second mother. You’ve done a great job, and I may not say it enough, but thanks. Your hard work and support are highly appreciated. Last but not least, I’d like to thank all the black bookstores that helped to make my career a success. I’d especially like to thank Gwen Richardson at Cush City in Houston, Texas. Gwen, I know it seems like every time I’m supposed to be headed your way something comes up. But these things are really happening. I hope you’ll let me make it up to you and your customers.

Well folks, until
So You Call Yourself a Man
hits the stores next year, thanks for the ride. It’s been great.

Oh, and if you get a chance, holler at your boy.
[email protected] hotmail.com.

“Family values…” Bishop T.K. Wilson paused for effect and looked down upon the crowd of people. He took a breath and repeated his words in his strong, baritone voice. “Family values…Family values!” Each repetition was more animated than the last. He was holding a microphone in one hand, waving a Bible in the other, as he moved back and forth across the stage in what he liked to call his preacher’s strut. “What has happened to family values in this community? In this country?” he shouted, then paused again, as if expecting a response from his audience.

T.K. Wilson was the pastor of First Jamaica Ministries, arguably the largest African-American church in Queens, New York. A tall, handsome man with chiseled features and a well-maintained salt-and-pepper beard, he was not only a very good minister and administrator, but a dynamic speaker as well. You could almost see him reeling in each and every one of the five hundred or so people who’d flooded into Roy Wilkins Park for the free hot dogs, sodas, and balloons for the kids that his church was giving away. It was all part of First Jamaica Ministries’ voter registration campaign. This year the registration campaign was even more crucial, because it was also the year that their pastor hoped to become the next borough president of Queens.

“I’ll tell you what has happened to this country and this community,” T.K. continued. “They’ve gone to hell in a handbasket! That’s what’s happened to them. And why have they gone to hell in a handbasket?” He used his signature dramatic pause again, then emphasized his words with a wave of his hands. “Because
this community
has no role models! No one to look up to. No one they can go to when there’s a problem. No one they can rely on to make sure your children and homes are safe. And to be quite frank, no one who cares.” He lowered his voice. “Well, brothers and sisters, that ends today, right here and now.” He pointed to the stage before him. “ ’Cause if no one else will step up and be the role model that this community needs, then I will. And that’s why I’m running for Queens borough president!”

There was an immediate explosion of applause, and everyone in the audience rose to their feet. When the crowd finally calmed down, the bishop smiled. “Thank you, thank you so very much.” He took a handkerchief out of his breast pocket and wiped the sweat from his forehead before continuing. “For almost seventeen years I’ve been the pastor of First Jamaica Ministries, and I’ve tried to lead by example. During that time, I’ve accomplished quite a bit. We’ve built senior homes, a school, Section Eight housing for the needy, a free health clinic for the children, and we even have a homeless shelter for those who need to come in out of the cold. And if I’m elected borough president, I think I can do more.”

There was some applause, and an older woman yelled from the crowd, “We love you, Bishop!”

The crowd exploded into another round of cheers. First a few voices started, then it seemed like every voice in the crowd was chanting, “Bishop…Bishop…Bishop!”

Bishop Wilson stood there smiling proudly. For a moment he felt like the most powerful man in the world. It was a strange feeling for him, because he’d never aspired to be involved in politics. That had been his now-deceased father-in-law, Reverend Dr. Charles Jackson’s dream, not his. Reverend Jackson had been T.K.’s mentor and predecessor as pastor of First Jamaica Ministries, and had always dreamed of seeing his son-in-law hold office. T.K.’s only ambition had been to serve the Lord and be the best husband and father that he could be.

T.K. glanced to the right side of the stage and smiled at his wife, Charlene, the only child of Reverend Jackson. She gave him a subtle thumbs-up, making T.K.’s smile widen. T.K. and Charlene had been married for over twenty years and had a good, blessed life as the pastor and first lady. She took her position as first lady very seriously, and in truth, she was just as responsible for T.K.’s rise to power in the church as he was. It was Charlene who went to her father’s deathbed and secured a letter to the deacons board asking them to forgo interviews with other ministers and name her husband the next pastor of the church. It was a decision that the deacons board reluctantly agreed to, only out of respect for their deceased pastor. Years later, though, they had not once regretted the decision.

Charlene was also responsible for raising a sizable donation for the near-bankrupt Northeast Black Church Council, First Jamaica Ministries’ governing body. She then talked the council’s trustee board into bestowing T.K. with the title of bishop and naming him to their board. There was no doubt that Charlene was dedicated to her husband’s career and she held high hopes for his future.

Charlene, like her father, wanted to see T.K. embark on a political career. She had pushed him for years to run for office. He finally gave in when his good friend Helen Marshall, who stepped down as borough president due to term limits, asked T.K. to run. Charlene, of course, was thrilled with Helen’s request, and some people even believed she had somehow orchestrated the whole turn of events.

From his beautiful wife, the bishop glanced into the crowd at his lovely twenty-year-old daughter, Donna, who was surrounded by young men, many of whom were eager to court the bishop’s daughter. She was T.K.’s pride and joy, his little princess, as he still called her. He was proud of the job he and his wife had done with her, and it saddened him to think that she was now a woman attending college and he would soon be losing her to the young men of the world.

He searched out his son, Dante, who was sitting behind a table helping people register to vote. Dante had just recently graduated from St. John’s University with a degree in business administration. He was working for the First Jamaica Ministries as director of church activities, although his mother had much higher aspirations for him. It was her belief that someday Dante would step into his father’s shoes as pastor of the church. This was also the bishop’s hope, although he was a little more realistic about the situation than his wife was. He knew that being a minister was a calling, and he wasn’t quite sure if his son had or would ever receive that calling. His wife, on the other hand, imagined that her son becoming pastor was a matter of birthright, and she would not hear of anything else.