The People vs. Alex Cross 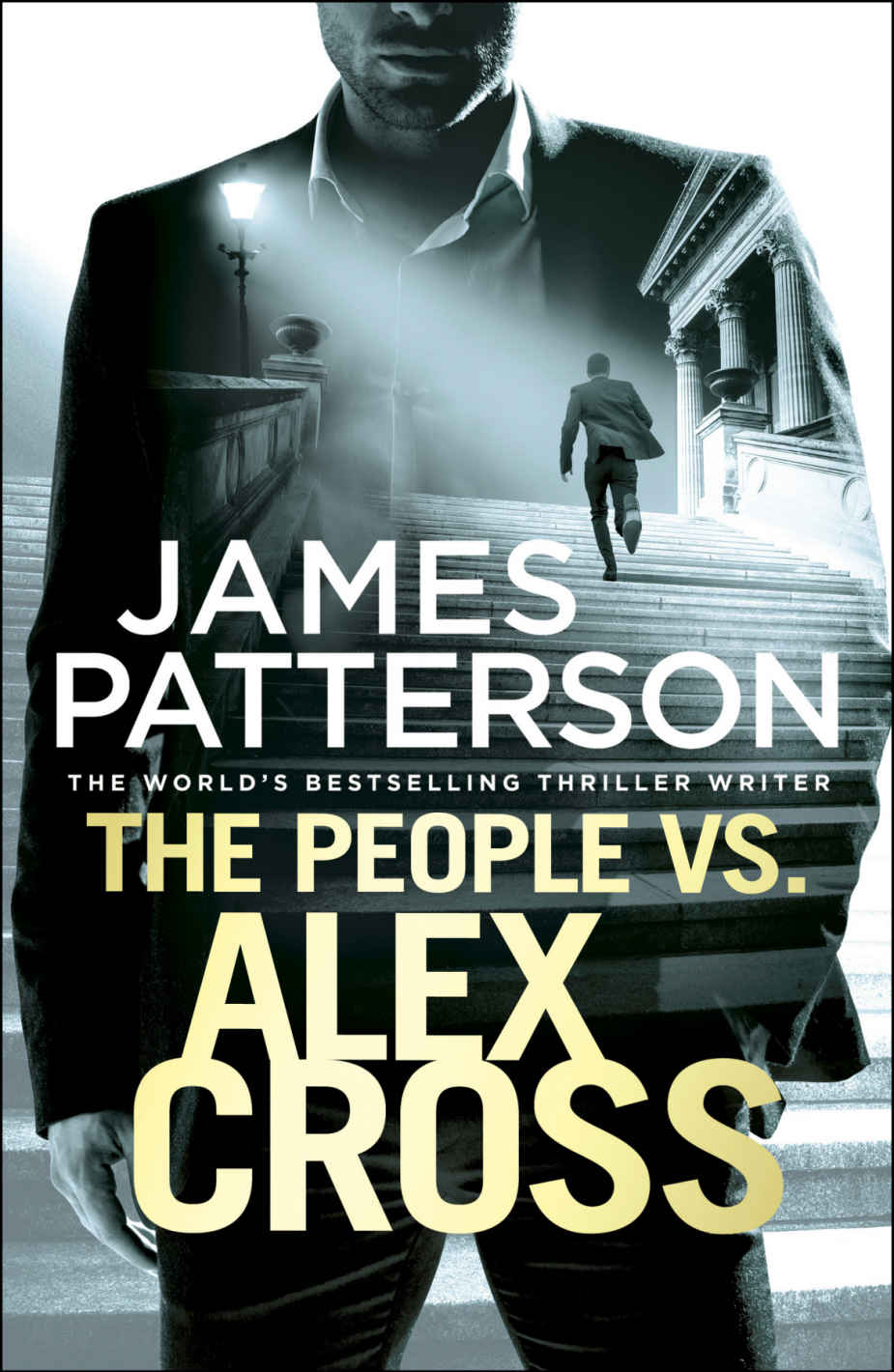 Alex Cross has never been on the wrong side of the law – until now. Charged with gunning down followers of his nemesis Gary Soneji in cold blood, Cross is being turned into the poster child for trigger-happy cops who think they’re above the law. Cross knows it was self-defence. But will a jury see it that way?

As Cross fights for his freedom, his former partner John Sampson brings him a gruesome video tied to the mysterious disappearances of several young girls. Despite his suspension from the department, Cross can’t say no to Sampson. The illicit investigation leads them to the darkest corners of the Internet, where murder is just another form of entertainment.

THE PEOPLE VS. ALEX CROSS: THE TRIAL OF THE CENTURY

As the prosecution presents its case, and the nation watches, even those closest to Cross begin to doubt his innocence. If he can’t convince his own family, how can he hope to persuade a jury? Although he has everything on the line, Cross will do whatever it takes to stop a dangerous criminal … even if he can’t save himself.

JAMES PATTERSON
is one of the best-known and biggest-selling writers of all time. His books have sold in excess of 350 million copies worldwide. He is the author of some of the most popular series of the past two decades – the Alex Cross, Women’s Murder Club, Detective Michael Bennett and Private novels – and he has written many other number one bestsellers including romance novels and stand-alone thrillers.

James is passionate about encouraging children to read. Inspired by his own son who was a reluctant reader, he also writes a range of books for young readers including the Middle School, I Funny, Treasure Hunters, House of Robots, Confessions, and Maximum Ride series. James has donated millions in grants to independent bookshops and has been the most borrowed author in UK libraries for the past ten years in a row. He lives in Florida with his wife and son.

Also by James Patterson
Have you read them
all?

ALONG CAME A SPIDER

Alex Cross is working on the high-profile disappearance of two rich kids. But is he facing someone much more dangerous than a callous kidnapper?

Cross comes home to discover his niece Naomi is missing. And she’s not the only one. Finding the kidnapper won’t be easy, especially if he’s not working alone …

A pair of ice-cold killers are picking off Washington’s rich and famous. And they have the ultimate target in their sights.

An old enemy is back and wants revenge. Will Alex Cross escape unharmed, or will this be the final showdown?

Alex Cross faces his most fearsome opponent yet. He calls himself Death. And there are three other ‘Horsemen’ who compete in his twisted game.

After a series of fatal bank robberies, Cross must take the ultimate risk when faced with a criminal known as the Mastermind.

As Alex Cross edges ever closer to the awful truth about the Mastermind, he comes dangerously close to defeat.

Preparing to resign from the Washington police force, Alex Cross is looking forward to a peaceful life. But he can’t stay away for long …

There is a mysterious new mobster in organised crime. The FBI are stumped. Luckily for them, they now have Alex Cross on their team.

The stakes have never been higher as Cross pursues two old enemies in an explosive worldwide chase.

Hollywood’s A-list are being violently killed, one-by-one. Only Alex Cross can put together the clues of this twisted case.

Haunted by the murder of his wife thirteen years ago, Cross will stop at nothing to finally avenge her death.

Alex Cross is starting to settle down – until he encounters a maniac killer who likes an audience.

When an old friend becomes the latest victim of the Tiger, Cross journeys to Africa to stop a terrifying and dangerous warlord.

In a family story recounted here by Alex Cross, his great-uncle Abraham faces persecution, murder and conspiracy in the era of the Ku Klux Klan.

Investigating the violent murder of his niece Caroline, Alex Cross discovers an unimaginable secret that could rock the entire world.

Alex Cross is planning his wedding to Bree, but his nemesis returns to exact revenge.

The President’s children have been kidnapped, and DC is hit by a terrorist attack. Cross must make a desperate decision that goes against everything he believes in.

With his personal life in turmoil, Alex Cross can’t afford to let his guard down. Especially with three blood-thirsty killers on the rampage.

When a dangerous enemy targets Cross and his family, Alex finds himself playing a whole new game of life and death.

Cross’s family are missing, presumed dead. But Alex Cross will not give up hope. In a race against time, he must find his wife, children and grandmother – no matter what it takes.

Returning to his North Carolina hometown for the first time in over three decades, Cross unearths a family secret that forces him to question everything he’s ever known.

Cross steps in to investigate a wave of murders erupting across Washington, D.C. The victims have one thing in common – they are all criminals.

Why everyone
loves
James Patterson and Alex Cross

‘It’s no mystery why James Patterson is the world’s most popular thriller writer. Simply put:
nobody does it better
.’

‘No one gets this big without
amazing natural storytelling
talent – which is what Jim has, in spades. The Alex Cross series proves it.’

‘James Patterson is the
gold standard
by which all others are judged.’

‘Alex Cross is one of the
best-written heroes
in American fiction.’

‘Twenty years after the first Alex Cross story, he has become one of the
greatest fictional detectives
of all time, a character for the ages.’

‘Patterson boils a scene down to the single, telling detail, the element that
defines a character
or moves a plot along. It’s what fires off the movie projector in the reader’s mind.’

‘James Patterson is
The Boss
. End of.’