Read The Pentagon: A History Online

The Pentagon: A History 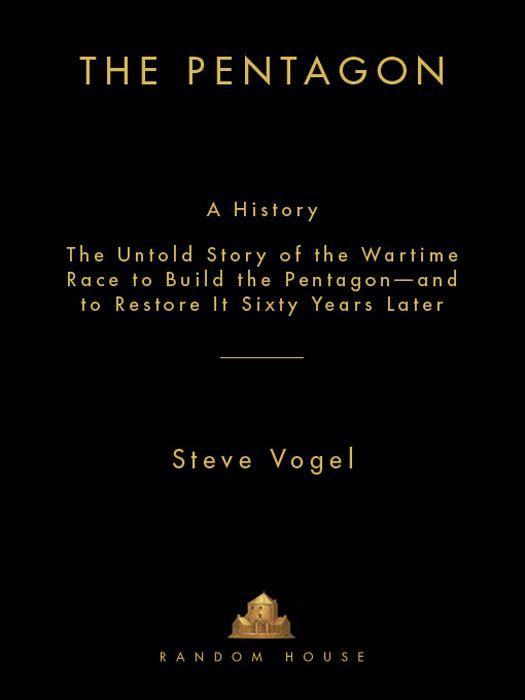 PART I
THE MAKING OF THE PENTAGON

1
DYNAMITE IN A TIFFANY BOX

8
THE VIEW FROM HIGH AND LOW

13
ONE OF THE WORST BLUNDERS OF THE WAR

14
THE RACE TO MOVE IN THE HIGH COMMAND

15
HEADQUARTERS FOR THE WAR

16
WHAT TO DO WITH THE PENTAGON

PART II
THE REMAKING OF THE PENTAGON

18
THE BATTLE OF THE PENTAGON

19
THE REMAKING OF THE PENTAGON

PRAISE FOR THE PENTAGON

G
O SIR, GALLOP, AND DON’T FORGET THAT THE WORLD WAS MADE IN SIX DAYS
. Y
OU CAN ASK ME FOR ANYTHING YOU LIKE, EXCEPT TIME. 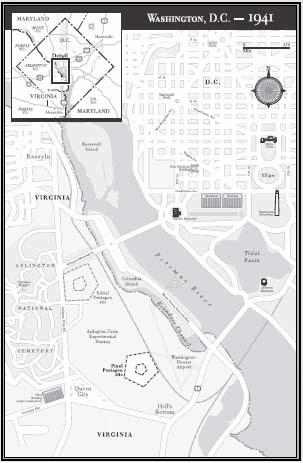 Map showing Washington, D.C., Arlington County, Virginia, and environs in the summer of 1941. 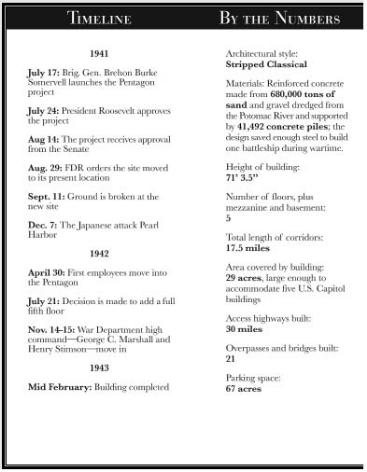 Front Matter
Map of Washington, D.C., in 1941 by Laris Karklis and Brenna Maloney

Chapter 1
Somervell as bricklayer cartoon © 1941 by
The Washington Post,
reprinted by permission

Chapter 12
Capitol from
Popular Mechanic
s © 1943 by The Hearst Corporation, reprinted by permission

Chapter 13
Somervell and Stimson cartoon © 1944 by
The Washington Post,
reprinted by permission

Chapter 18
Map of the march on the Pentagon by Mike Jenkins, Peter Jenkins, and Brad Goodwin

Chapter 19
The damaged Pentagon on September 11, 2001 (Department of Defense)

Chapter 20
The plane’s path on 9/11, adapted by Michael Keegan from an original 2002 graphic by Doug Stevens and Brenna Maloney in
The Washington Post,
reprinted by permission

Harold Ickes,
secretary of the interior

Robert Patterson,
under secretary of war

Gilmore Clarke,
chairman of the Commission of Fine Arts

Frederic Delano,
chairman of the National Capital Park and Planning Commission and uncle to the president

Henry Knox,
secretary of the Navy