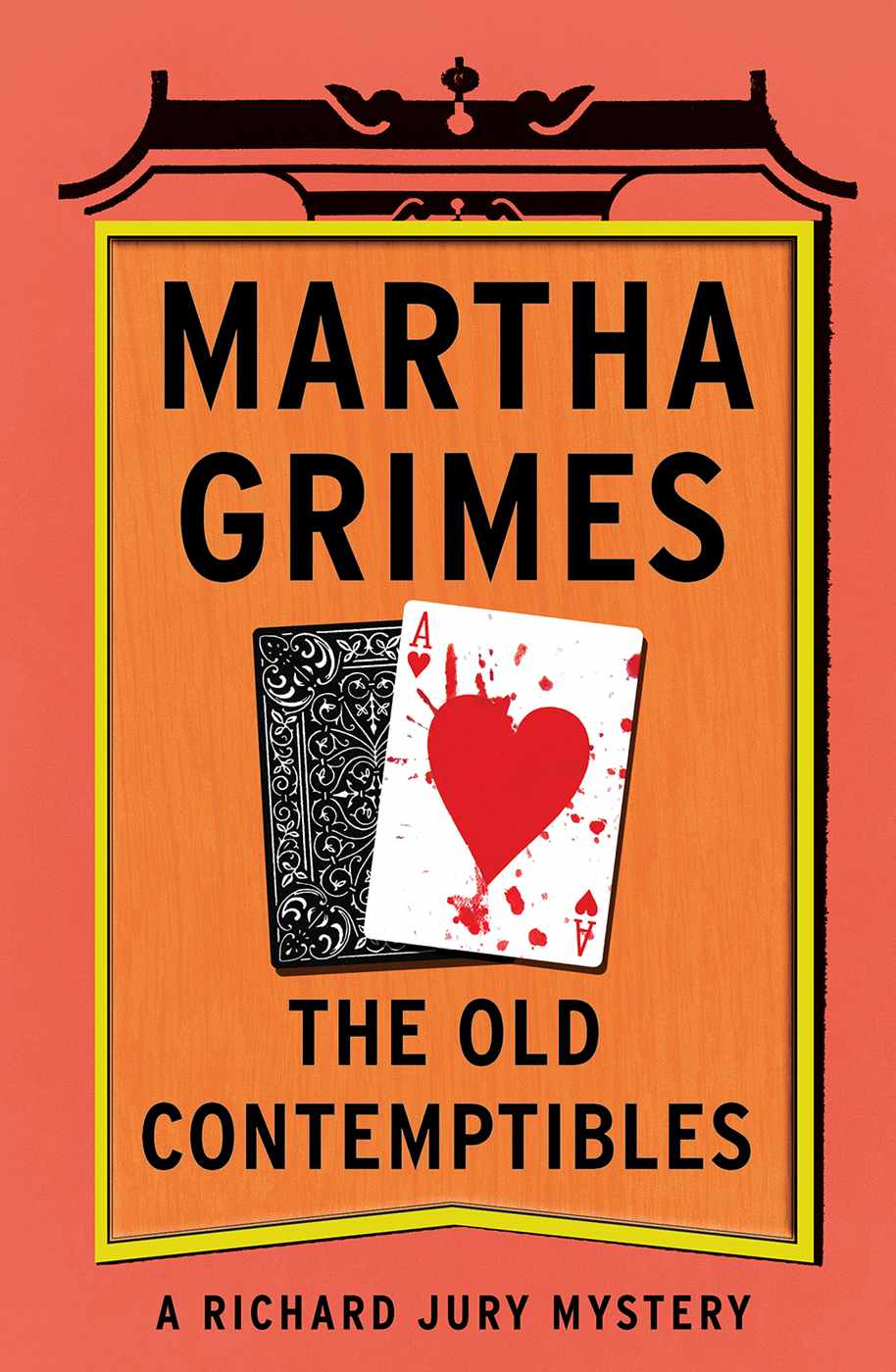 Thank you for downloading this Scribner eBook.

Kill All the Lawyers

To my son, Kent

Fiona thanks Janine Adams for saving her skin; Alex thanks Chris Havrilesko for the track and the table; and I thank, in addition to the works of the Lake poets themselves, Arthur Wainwright for his guides to the Lakeland fells; Don Gifford for
The Farther Shore;
and Richard Holmes for
Coleridge: Early Visions.

It was a rainy day in Camden Passage, umbrellas tenting the smaller antiques dealers who had set up their folding tables in the square, opened their trunks and cases and arranged bits and bobs of what was real or what was fake.

Jury and the beautiful second-floor tenant who lived in his terraced Islington house were searching for a gift for their mutual friend who occupied the basement flat.

“How much for these ones?” asked Carole-anne, holding out a pair of turquoise combs stuck about with bits of blue glass and scalloped on the edges.

The flogger in the fake lizard jacket had a smile to match. “Two quid to you, love.”

It was worth two quid, thought Jury, just for a deco at Carole-anne Palutski, standing there with her red-gold hair under a pink umbrella.

“Fifty p’s more like it,” she said, holding out the coin.

“Them’s real sapphire stones,” said the dealer, reknotting his purple polka-dot tie, shoving it up to his prominent Adam’s apple. Then, with a leer, “Just like your eyes, gorgeous.”

“My eyes ain’t glass,” she said, still holding out her final offer.

Jury drew back the hand that held the money and removed the bright combs from the other. He himself was inspecting a pair of jet combs that would look handsome in Mrs. Wassermann’s hair, once it was returned to its original style.

“Well, Super, but it’s just to cheer Mrs. W. up a bit. Awful down in the mouth she is about her hair. Always fiddling pins into it.”

“Her down-in-the-mouthness, love, is because she’s been scrunched to death by Sassoon in one of your ideas of a Wassermann ‘do.’ ” Jury held out the ebony combs. “How much?”

“Three quid, those ones. Pure jet.”

“Don’t be daft. Seventy-five p.” Once again she held out the money.

As the lizard haggled, Jury looked around the enclosed square, almost automatically checking for a runner named Gladd who was a presence in the Passage. He’d been done twice for handling, and Jury was fairly certain whatever he’d brought today hadn’t been purchased from dealers elsewhere. He also ran an eye over the crowd for Jimmy the Dip, one of his favorite minor villains. His glance came to rest on a woman in a white mackintosh on the other side of the square made by the arrangement of tables. She was studying either herself or the mirror of a small bureau-top dressing case. Very attractive, even in the damp coat and scarf. She had no umbrella.

“One pound-fifty and that’s my final offer.”

“A quid, then,” said Carole-anne, for whom final offers were her provenance alone.

From the flogger came a mixture of grumbled acquiescence and lascivious looks at Carole-anne’s jade green sweater that the first set of combs would have matched nicely, Jury hadn’t failed to notice.

He also hadn’t failed to notice that the lady in the white mac had moved on to a display of a delicate satin and lace negligee and had just cut a glance away from Jury as he looked at her again. Indeed, she seemed to be hiding a blush by putting her face very close to it. He smiled slightly.
Buy it.
It was dark gold, more gold than her brown-gold hair, but a material that would have enhanced both her hair and her eyes.

As the dealer was wrapping the black combs in tissue and trying to date up Carole-anne, who merely twirled her pink umbrella, unmindful
of the tweeds and eyes she managed to catch within its rib-ends, Jury noticed, at the end of the table, what looked like a coronet. Oh, Lord, don’t let her see
that!

The Lord met Jury on their usual terms and the next thing he knew Carole-anne was pulling at his sleeve. “Wouldya look there, Super? A crown.” And how could she help but touch that hair of hers, clearly a crown’s proper home.

Which of course, she didn’t. She thrust the baleful black comb package into Jury’s hands and went for the coronet.

Even before she could put the question, the flogger of Crowns and Grails said, “That’ll cost you ten quid, beautiful. Look at them jewels.”

“I looked. Four quid.” She was turning the small coronet round and round.

“Carole-anne, for God’s sake, you
don’t
need a coronet. You look too queenly already.”

“I’ll second that one, mate,” said the dealer.

Carole-anne glared at him.
“Superintendent
, to the likes of you.”

To the likes of others besides lizardy cut-rate dealers, Jury hoped.

He had spotted Jimmy, who had nonchalantly bumped into a middle-aged woman who had thrust the antique bracelet she had just purchased into her bag
(why
would women push their bags out of sight behind their backs while looking at merchandise?).

The sly-smiling dealer said, “Look, that coronet belonged to an Austrian princess. Descendent of one of the czars—”

“Any particular one?” asked Jury, noticing the lady in the white mac smile. She seemed clearly to be delighting in the haggling.

The dealer pretended Jury wasn’t there. “Seven quid and we’re square,” he said to Carole-anne.

“Five and we’re crooked,” she replied and pulled a five-pound note from her little purse.

Miss Palutski was not born to sue, but to command. The headgear was in place.

Jury noticed the attractive woman smiling again, cutting him another glance. Now she was holding up a yellow-stoned necklace, topaz also, like the material, holding it to the neck of the mackintosh and looking in a mirror.
Buy that, too.
It sparked her eyes, even in the gloom of Camden Passage.

Said Carole-anne, as the beleaguered flogger looked about for a wrapping for the crown, “It’ll just suit my new costume.”

“What costume? The Queen of Soho?” Jury had moved to the next table and was inspecting the supposedly “antique” scrimshaw and ivory elephant tusks too new to be anything but illegally imported. From this collection of poacher’s spoilage he divided his glances between Jimmy, the runner Gladd, and the lady in the white mac.

“Well, I’m tired of that Arabian thing. Anyway, Super, I’ve got to get to the Starrdust.” She hitched up her shoulder bag. “There’s a lady in a white mac over there been giving you the eye. About as much your type as SB-slash-H. Ta.”

No one, as far as Carole-anne was concerned, was or would ever be Jury’s type. Carole-anne had turned all sorts of “types” away from the Islington first-floor flat, the rental of which was in her hands; she had convinced the building’s owner she was doing him such a favor by “showing” it that he had even agreed to knock a few quid off her rent. Jury was not one to weep tears for a London landlord, but this one could wait until hell froze over before someone “suitable” came along.

He shook his head and watched the men part for Carole-anne, their own dripping black umbrellas synchronizing to cover her bright pink one. It was like watching something from an old musical routine.

Jury wasn’t about to nick Jimmy, who seemed to be apologizing to the middle-aged woman for bumping into her. Hell, it wasn’t Jury’s job and they were almost pals, Jimmy being a font of information about villains that did more than just work the Passage.

At least that was the way he put it to himself as the woman in white was getting closer to him, moving from table to table. And from “The Lady in the White Mac” was an easy step to
The Woman in White
, except that Wilkie Collins’s heroine had suddenly and mysteriously appeared in front of a carriage out in the middle of a dark and forlorn country road. And had as mysteriously disappeared.

It was pretty hard to square rainy, umbrella-laden Camden Passage with a ghostly figure on a foggy road.

They were now closing in on the same table and the same opportunity to examine, hold up to the tepid light, and make a casual remark about whatever-it-might-be’s authenticity.

But the remarks had turned out to be even more banal: the weather, and neither of them with an umbrella. She had laughed and asked him if he’d never been to the Lake District.
That
was rain and fog. They had moved off together then as if by mutual consent, and it was she, rather than he, who had suggested a drink “before the pubs close.”

Jury had smiled. “You’re not from London, then? Some pubs here are open all day now since the licensing laws changed.”

“Oh, I’d forgot. What a shame, really; it somehow makes a drink less appealing if you can get one anytime.” She paused and looked up at him. “It’s the end of something.”

The Long Walk by Slavomir Rawicz
A Brilliant Deception by Kim Foster
Serpent's Tooth by Faye Kellerman
1633880583 (F) by Chris Willrich
Alaska Heart by Christine DePetrillo
Insanity by Lauren Hammond
The Fault in Our Stars by John Green
Where Did It All Go Right? by Andrew Collins
The Resurrectionist by White, Wrath James
Cuento de muerte by Craig Russell