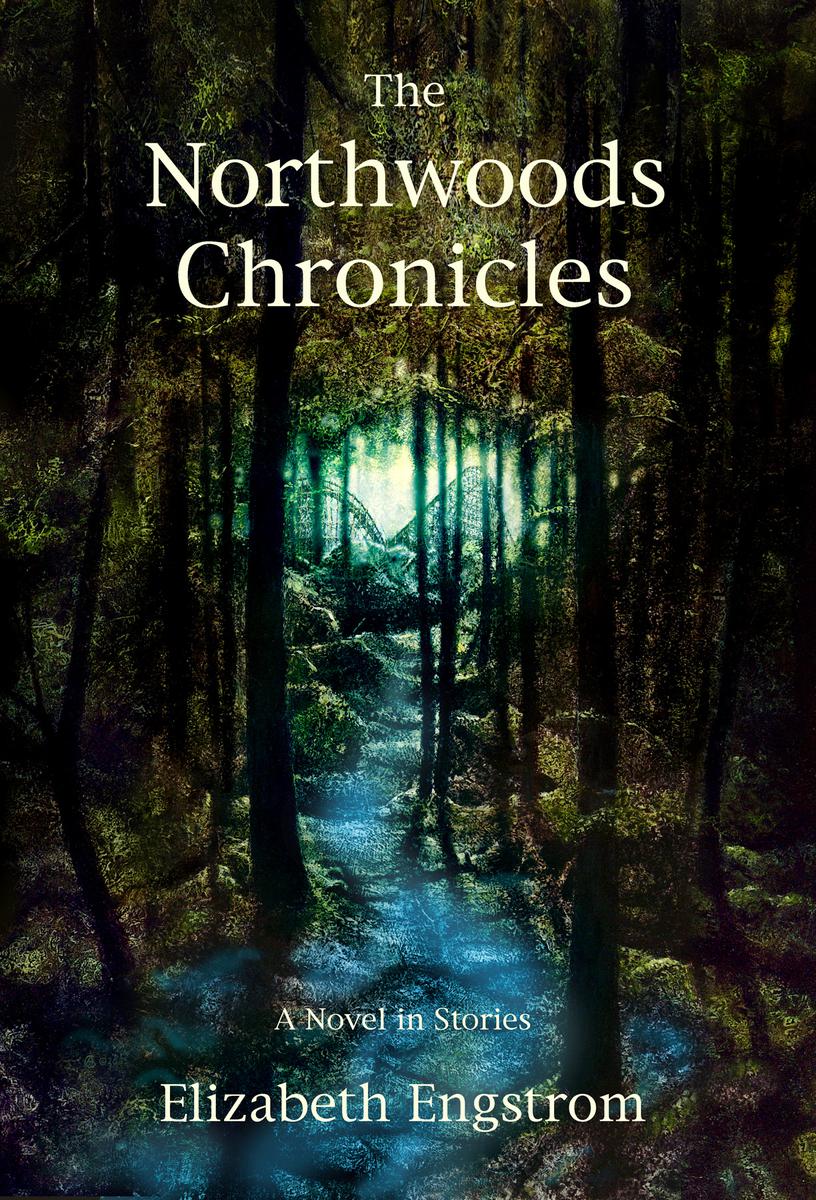 Discover other titles from IFD at Smashwords.com.

All rights reserved. No part of this publication may
be reproduced in whole or in part, or stored in a retrieval system,
or transmitted in any form or by any means, electronic, mechanical,
photocopying, recording, or otherwise, without written permission
of publisher, except by a reviewer who may quote brief passages in
a review.

This eBook is licensed for your personal enjoyment
only. This eBook may not be re-sold or given away to other people.
If you would like to share this book with another person, please
purchase an additional copy for each recipient. If you're reading
this book and did not purchase it, or it was not purchased for your
use only, then please return to Smashwords.com and purchase your
own copy. Thank you for respecting the hard work of this
author.

This is a work of fiction. Although
it is inspired by real historical events and actual human lives,
the characters have been created for the sake of this story and are
either products of the author’s imagination or are used
fictitiously. Any resemblance to actual events or locales or
persons, living or dead, is entirely coincidental.

This eBook edition was produced by IFD Publishing

Originally Printed in the United States of
America

Just
a Foot Away

A Totem
for a Time

A
Chicken tomato Sandwich on Toast, Please, Heavy on the Guild-Free
Mayo

One
Quiet Evening in the Wax Museum

Other eBooks from IFD Publishing

Children disappear in Vargas County. There’s no
soft or kind way to put it. In days long past, I lost a sister and
then my Weesie and I lost our son. Some live in peace with the
specter, some rise up and make accusations, but all of us breathe a
sigh of relief when our young’uns reach puberty and we don’t have
to worry about them no more.

Newcomers to this area of the northwoods have
someone arrested every decade or so, usually a husband making the
police report at the behest of his hysterical woman. Recon John was
the last to have been so poorly treated, but of course there was no
evidence. John just leads what they call an alternative lifestyle
is all. He didn’t steal no kids. And us older citizens, we know it
ain’t no transient doing the deed.

No, the disappearing has been going on regular
since long before I was born, and I’ll be seventy-three this year
about the time the ciscos spawn.

It’s a curious thing, this. Children just
vanish. One moment they’re there, the next they’re not. Curious,
too, that people continue to live and raise their young’uns in
Vargas County with this cloud hanging over them.

It happens regular, and too often for comfort,
but not often enough to bring the UFO guys up here to investigate.
Some people, like that egghead weirdo Kevin Leppens, says there’s a
pattern to it all according to some high-falutin’ space theory.
Says it has to do with the stars, or the stock market or the price
of rice or some idiot thing. He told me one time that the universe
is orderly, and that there is a pattern to all things, but I never
bought that. This always seemed to be too
human
a thing to
be predicted mathematically.

And, of course, nobody ever believes it could
happen to them. Just like polio in the fifties. Some people didn’t
believe in it, but that didn’t keep it from striking down lots of
youngsters.

And just like people in the fifties, the people
in Vargas County tend to have lots of children. A survival
compensation, I say, like rabbits, whose best self-defense
mechanism is in their numbers.

I was a baby when my sister was took, and away
at war when my little son disappeared, so I didn’t grieve too much
over their losses. But I was at the Benson place last Friday night
and watched it happen with my own eyes.

Like me, both Margie and Jimbo Benson grew up in
Vargas County and they had a touch of the holier-than-thou. Some
people in these parts take themselves a little too serious when
tragedy skirts their doorway. Their Jesus-speak gets loud when a
young’un goes missing, something that doesn’t comfort the grieving
parents none at all. Some of those folks way out in the weedier
sections of the county even cut a goat now and then, I’m told, to
appease some angry gods.

Mostly I believe that if you live the good life
in Vargas County, you take the bad with the good. It isn’t that I
have a hard heart, it’s just that life is hard sometimes, and if
that particular hardship doesn’t agree with you, then you ought to
be spending your days elsewhere. I think living with the prospect
of losing a sibling or a kid or a grandkid grinds the sharpness off
our emotions. Folks who live elsewhere are likely to have that
cutting-edge type of fear and love, but those of us in Vargas
County, well, we have other things, I guess. And those elsewhere
folks, they have their own crosses to bear. Guess we opt for Vargas
County, and I don’t know as we make that choice very
consciously.

Anyway, I’m kind of the local grandpa to
everybody, though they all call me Uncle, and they all been taking
care of me since my Weesie died four years ago. Last Friday night,
I was looking for something to look forward to, and told Margie and
Jimbo I’d sit their babies while they went out for a romantic
dinner on their anniversary.

Jimbo writes for the weekly and Margie runs the
diner in White Pines Junction. They’re hard workers and nice
straight-up people. I was in Margie’s place when I overheard her
say to Jennifer that it was their fifteenth anniversary on Friday,
and when she came around to fill my coffee cup, I volunteered my
services.

“Oh Uncle Bun,” she said. “Think you can handle
those rascals?”

“Think they can handle me?” I asked, and gave
the pretty girl a wink.

Margie went right to the phone to call Jimbo,
and came back to give me the particulars. They decided to drive all
the way into the city for a fancy dinner and some dancing. I said
that would be fine, I’d bring my pillow and put myself on the
couch—just be sure there was plenty of breakfast in the cabinet.
Margie smiled and went right back to the kitchen and her Triple-A
book to make hotel reservations.

The following Friday morning dawned with
something unfamiliar in the air. Overcast skies held the summer
temperature down with an occasional gray drizzle. Birds didn’t come
to my feeders and I even stayed in bed an extra hour. The whole
town seemed subdued. People went about their business, but in a
hushed, quiet way. I didn’t hear anybody laugh all day long.

The second time I cut myself, I put my whittling
knife away and declared that the whole county was having a bad hair
day and we all needed to just ride it out. Things would be back to
normal in the morning.

If I’d only known.

The only other thing I had on my calendar that
day was to tell the sheriff that I’d serve as Santa again at the
Christmas street festival. I drew that RSVP out as long as I was
welcome down at the police station. Then I stopped by Doc’s to talk
with him about the fall fishing situation, but he was not feeling
much like talking, either. I popped in to smile at pretty Kimberly
in her dress shop, but she was deep into doing her bookwork, so
having nothing else to do, I went home to my little trailer behind
the marina, sat on my front porch and rocked, while things got
darker in White Pines Junction.

At six o’clock, I got my hat and a slicker and
walked the two blocks to Margie and Jimbo’s place. Margie looked as
pretty as a bride in a little pink dress and I hardly recognized
Jimbo out of his fishing waders. They had overnight bags already in
the car, and, giggling like newlyweds, they kissed the boys,
thanked me and were off for a romantic interlude.

I heard the car pull out and a minute later, it
pulled in again, and Margie came in for another round of hugs and
kisses. She shrugged at me as if she didn’t understand herownself
and, in retrospect, that memory gives me the chills.

Jason was on the computer. Jason was always on
the computer. A state science project champ with an oversized
brain, Jason kept himself busy and out of trouble.

Micah was the lively one. At five, he knew he
was trouble and, from what I could tell, he admired that in
himself. Micah was the one who’d bring home strays, get lost in the
woods, would likely blow hisself up someday.

But Friday night, Micah cried when his parents
left, but they wouldn’t change their minds about going. They gave
him a little scripture to comfort him, but he sat on the couch
wide-eyed and looked scared.

I checked on Jason, to make sure he wasn’t
looking at any of those dirty pictures on the Internet, but Jason
was a good boy, eleven at the time, doing a research paper on
muscle fiber. I popped popcorn, and he came down for some, but what
Micah and I had on the television didn’t interest him, so soon he
was back upstairs again.

Micah couldn’t be settled down. I tried
everything: books, television, pulling a quarter out of his ear,
but he wasn’t having any of it. About seven o’clock, he went
upstairs, got his quilt and his teddy, came back down and climbed
into my lap.

I put in a Disney video, and I held him and his
little boy heartbeat in my lap all evening.

At ten, I went up to tell Jason it was bedtime,
but Micah clung to me all the way up the stairs and back down. We
went outside for a breath, but the night was still and silent and
made the boy whimper. So we came back in, I made a bed on the
couch, and Micah cuddled down with me for the night.

Weesie and me raised three daughters, and I
don’t ever remember a time when I cuddled them to sleep. In those
days, the wife did those things. And then there was always the
prospect of losing them that made me shy of it. Maybe getting older
has changed me, but lying there with that sweet little boy
breathing hot child-breath and trusting me the way he did moved my
heart around.

I didn’t sleep. I was wide awake with the wonder
of it all, wishing I could turn the clock back to hold my little
girls, to hold my Weesie, or even to have Weesie see me holding
this little Micah the way I would have held my little Henry, had I
ever got the chance.

Demon's Bride by Zoe Archer
Shadows of Asphodel by Kincy, Karen
Store of the Worlds: The Stories of Robert Sheckley by Robert Sheckley
Not Bad for a Bad Lad by Michael Morpurgo
The Reluctant Bride by Anne Marie Duquette
Two in the Afternoon by Cora Cade
The Submarine Pitch by Matt Christopher
Windows in Time by john thompson
Take Another Little Piece of My Heart: A Groupie Grows Up by Des Barres, Pamela, Michael Des Barres
Yesterday's Gone (Season 5): Episodes 25-30 by Platt, Sean, Wright, David