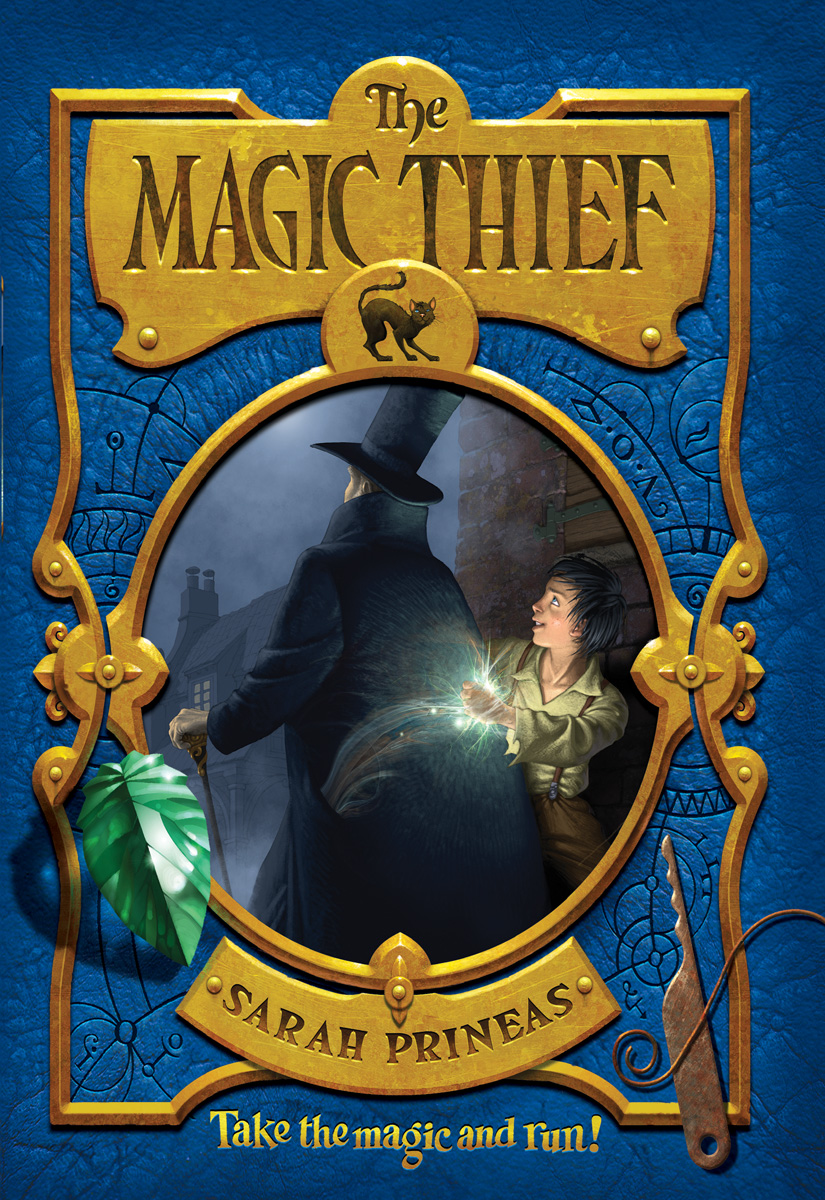 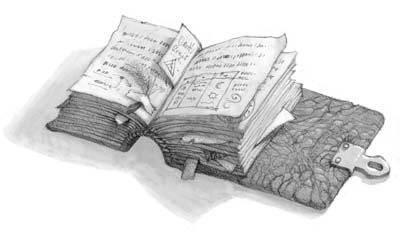 TO MAUD,
WHO LAUGHED IN ALL
THE RIGHT PLACES

A thief is a lot like a wizard. I haveâ¦

On my first apprentice morning, the wizard Nevery woke meâ¦

On the morning of my second day as Nevery's apprentice,â¦

The box was full of magical things, all wrapped upâ¦

I woke up on my third day as Nevery's apprenticeâ¦

The next morning, I mixed some biscuits the way Neveryâ¦

When we finished lunch, I lugged up some water forâ¦

Back at Heartsease, Nevery changed me into a boy, andâ¦

I'd never been into Nevery's workroom before. It was whereâ¦

The rocks I'd found were laid out on trays coveredâ¦

I gave Nevery the book I'd found in the otherâ¦

Nevery decided to take me to the academicos the nextâ¦

The next day, Nevery told me I would be presentedâ¦

After the meeting with the magisters, Nevery and I walkedâ¦

The next day, Nevery was in a hurry to getâ¦

I spent six days going to school with Rowan, whileâ¦

Sixteen days left. I'd been wasting too much time beingâ¦

Today was the last day.

After I left Heartsease, using the keystone to pass theâ¦

Even from outside and across the room, I could seeâ¦

When I came to, the call of the jewel hadâ¦

Captain Kerrn decided that the first dose of phlister hadn'tâ¦

In the morning, I woke up as usual in myâ¦

Nevery and I left the house. “You didn't tell Keestonâ¦

On the way up the hill to the Dawn Palace,â¦

When I came down for breakfast the morning after myâ¦

Benet, Keeston, and I turned off Strangle Street into anâ¦

Despite the new windows, the air in my attic wasâ¦

Blending with the night, I slunk through the alleys untilâ¦

I went straight back to the dark alleyway where myâ¦

Captured. Not by Kerrn's men, though. They weren't black bagâ¦

I was being stupid.

When we stepped out of Pettivox's house, it was nightâ¦

I woke up. Even with my eyes closed, I knewâ¦

A Guide to Wellmet's People and Places 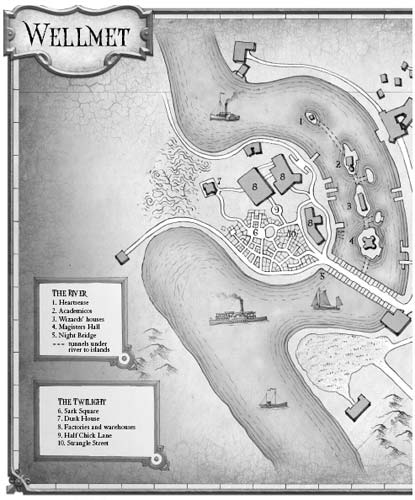 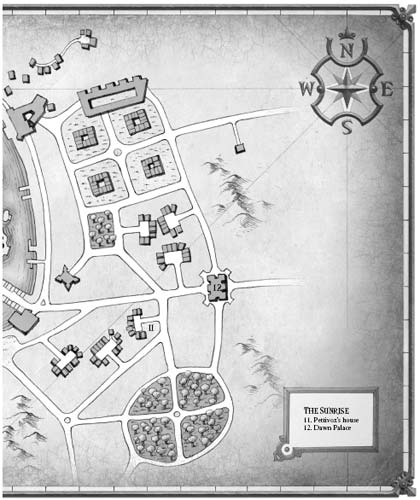 A
thief is a lot like a wizard. I have quick hands. And I can make things disappear. But then I stole the wizard's locus magicalicus and nearly disappeared myself forever. 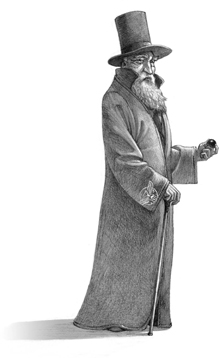 It was a late night in the Twilight, black-dark as the inside of a burglar's bag. The streets were deserted. A sooty fog crept
up from the river, and the alleyways echoed with shadows. Around me I felt the city, echoing and empty, desolate and dead.

The cobblestones under my bare feet were slick with the evening's rain. No luck that day for my quick, pocket-pick hands, and I hadn't managed to filch my supper or a bit of copper to buy it with. I was hollow with hunger. I might have tried somewhere else, except that the Underlord had a word out on me, and his minions would beat the fluff out of me if they could. Keeping an eye out, I lurked in an alleyway.

Now it was late. The rain started up again, not a hard rain, but a cold one, just enough to get into your bones and make you shiver. A good night for misery eels. I hunched into my lurking spot and thought about warm dinners.

Then I heard it. Step step
tap
. Step step
tap
. I edged back into my alley shadows to wait, and along he came. Old man, I thought. A bent, bearded, cloak-wearing old croakety croak lean
ing on a cane. Climbing the steep street toward me. Muttering to himself. His purse, I decided, would be paying for my dinner, though he didn't know it yet.

I was a shadow, a breath of air, light-feather fingers andâ
quick hands
âI ghosted up behind him, dipped into his cloak pocket, grabbed what I found within, and was gone. Away clean.

Or so I thought. The old man went on, not noticing a thing, and I slipped back into my alley and opened my hand to see what I'd got for my trouble.

Even in the shadows, the thing I'd stolen was darker than dark, and though it was small, a stone no bigger than a baby's fist, it was heavier than the heart of a man on his way to the gallows tree. It was a magical thing. The wizard's locus magicalicus. As I stared down at the wizardly stone, it started to glow. Soft at first, with the red warmth of coals in a winter hearth. Then, a sudden fierce flash of lightning and the alley was alive with dancing, flashing
light, the shadows fleeing like frightened black cats.

I heard the wizard coming back. Step step
tap
. Step step
tap
. Quickly I fisted the stone and shoved it down deep into my pocket. Darkness fell again. As I turned, blinking the brights from my eyes to look, the old man came tip-tapping around my corner, and, reaching out with a big hand, grabbed me by the shoulder.

“Well, boy,” he said. His voice was strong and gravelly.

I stood still. I know trouble when it grabs me.

The old man looked down at me with keen-glancing eyes. Silence for a long, dark moment. In my pocket, the stone weighed and warmed. Then he said, “You look hungry.”

Well, yes. I was. Carefully, cautiously, I nodded.

“Then I will buy you some dinner,” the old man said. “Roast pork, perhaps? Potatoes and pie?”

I swallowed. My head was telling me this was not a good idea. The old man was a wizard, clear
as clear, and what kind of fool sits down to eat dinner with a wizard?

But my empty-since-yesterday stomach was telling me even louder that it wanted pork and peppered potatoes and pie. It told me to nod and I did.

“Well then,” the old man wizard said. “The chophouse on the corner is still open.” He let me go and started step-tapping down the street, and I went with him. “I am Nevery,” he said. “And your name?”

Telling wizards your name is generally not a good idea. I didn't answer. Just walked along beside him. The wizard seemed to be looking ahead to the chophouse on the corner, but I caught a glimpse of his keen-gleam eyes, watching me from under the brim of his hat.

The chophouse was lit by a coal fire in the hearth and was empty except for its keeper. “Dinner,” the wizard ordered, and held up two fingers. The chophouse keeper nodded and went
to fetch the food. We settled at a table, me with my back against the wall, Nevery blocking my way to the door.

“Well, boy,” the wizard said, taking off his hat. In the brighter light I saw that his eyes were black and his hair, beard, and eyebrows silver gray. Beneath his dark gray cloak, he wore black trousers and a black frock coat with a velvet collar and an embroidered black waistcoat, all of it just a bit shabby, as if he'd once had more money than he did now. He leaned his gold-knobbed cane against the table. “A cold, wet night for travelers, is it not?”

A cold, wet night for anyone, I thought. I nodded.

He looked at me. I looked back.

“Yet you seem healthy enough,” he said, as if talking to himself. “No ill effects that I can see.”

Ill effects? What was he talking about?

“You never did tell me your name,” he said.

And I wasn't going to, either. I shrugged.

Nevery opened his mouth to say something else, when the chophouse keeper delivered our food, plunking down full plates before us.

The pork chops were fragrant and crisp, the potatoes swimming in butter with a sprinkling of black pepper over their shiny brown backs. The chophouse keeper returned briefly and added a plate of pie oozing with berries and dusted with sugar. The wizard said something, but I didn't hear him. I picked up my fork and cut open a potato. I let butter soak in for a second and then took an enormous bite.

“I said,” the wizard said, staring at me, “that my locus magicalicus will likely kill you, boy, very soon. I'm astonished it hasn't done so already.”

I gulped. My bite of potato slid like a lump of lead down my throat and I heard the echo as it dropped into my empty stomach.

Kill me, did he say? The locus stone would kill me? I slid my hand into my pocket. And then I watched myself pull out the stone. It lay in my
palm like a soft-edged bit of night.

I blinked, and the stone swelled, and a heavy, night-dark mass filled my hands. The firelight flickered out.

In the distance, I heard the chophouse keeper scream. The wizard snatched up his knobbed cane and leaped to his feet.

In my hands, the stone's warmth turned to ice. It grew larger, and though I tried to put it down, it wouldn't let me go. The freezing heaviness grew and expanded until it was all around me, dragging me down into a seething black pit where the wind stabbed me with needles of ice and roared with a voice that rumbled in my bones.

I peered up through the lashing darkness.

The wizard Nevery loom-doomed up before me.

“Tell me your name!” he shouted.

I shook my head. The wind shrieked and tore with icy fingers at my hair and clothes.

Nevery shouted again; I could barely hear his
voice above the wind. “If you don't tell me your name, fool, I cannot save you!”

The wind whipped around me. Cold air flowed from the stone, reaching out with icy fingers, pulling me in, and I pushed it away and shouted my name, “Connwaer!”

In the distance, I heard Nevery's strong, gravelly voice shout my name along with other words, a magical spell. Then I felt his hand, warm, solid, close over mine and take the stone.

The wind died. The air warmed. All was quiet.

After a while, I opened my eyes to find myself lying on the wooden floor of the chophouse, the fire flickering in the fireplace and Nevery at the table taking a last bite of berry pie. He wiped his mouth on a napkin and leaned back in his chair, looking down at me.

The stone was nowhere to be seen.

“Well then, boy,” he said, his eyes gleaming. “My locus magicalicus ought to have killed you
the moment you laid your thieving fingers on it. But it did not. And because you are not dead, you interest me.”

I blinked and climbed shakily to my feet. On the table, my plate of pork chops and potatoes waited for me. And the berry pie dusted with sugar. I could have made a run for it, then. He couldn't have caught me. Quick-dart for the door and back out into the steep, rain-dark streets of Wellmet. But I didn't. Because I interested the wizard.

The thing is, I make a good thief, me and my quick hands. But I'll make an even better wizard's apprentice.