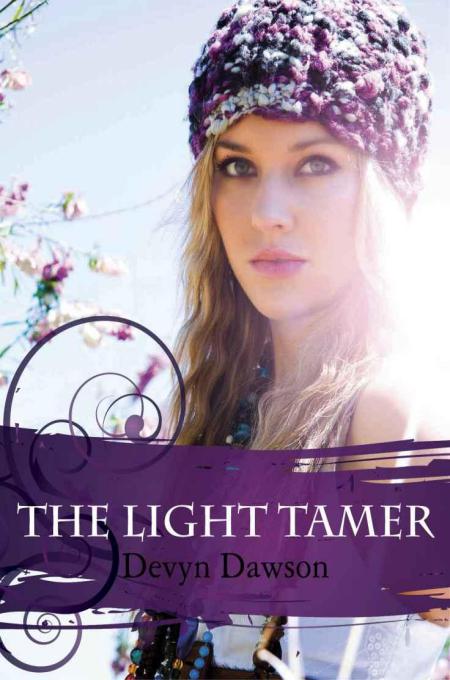 This ebook is licensed for your personal enjoyment only. This ebook may not be re-sold or given away to other people. If you would like to share this book with another person, please purchase an additional copy for each recipient. If you’re reading this book and did not purchase it, or it was not purchased for your use only, then please purchase your own copy. Thank you for respecting the hard work of this author.

Please do not participate in or encourage piracy of copyrighted materials in violation of the author’s rights.

Everyone that meets her, loves her, but none as much as her best friends ~

Hear my soul speak:
The very instant that I saw you, did
My heart fly to your service ~ William Shakespeare
The Tempest

I bury my head in the pillow trying to shut out the fighting. They’ve been slamming doors for the last half hour. Summer break begins in one week and the landlord said he is selling the house so they have to move out…in a week.

My mom Tabitha just finished her masters in nursing, and my dad just finished a bottle of vodka. My dad, being the complicated alcoholic artist, is on his way out of their life, so he says. He always says crap like that, I thought to myself. Dad is a complicated person; even I at fifteen can figure that out. Mom is always saying he needs to be put on medication for his OCD, but he refused to believe he has a problem.

Growing up, the ritual of checking every room making sure every door was closed, every window was locked and the light switch flipped on and off exactly six times was normal. It seemed normal to me, but I knew mom hated it. “Dan, you’re going to make us late,” mom would say.

“Jessie! Time to get up, you’ll be late to your tennis lesson,” mom said as she came over pulling the pillow off my head. “You awake sleepyhead?”

Fake smile in place, pretending the walls aren’t paper thin, I sit up in bed. “Yeah, I’m up. Wouldn’t it be better if I stayed here and packed? It isn’t like we’re going to be around to even worry about tennis lessons,” I say.

“Listen, I know this is a crazy time, but yeah, you’re going. The instructor requires a twenty-four hour notice if you’re not going to make it. You don’t want my thirty five bucks to go to waste do you?” Her mom Tabitha asked.

Mom stood in the doorway with her hand on her hip, “Good, we won’t break a stupid trend. Now, get up,” she said.

New Bern, North Carolina, population seventy five thousand and seventy thousand are retired and on social security. My sucky little life is going to change in one month, when I get to start high school with a bunch of losers. Mom had an interview yesterday at a local oncologist office. A doctor for cancer patients,
that
sounds like a thrill a minute kind of job.

Grandma Gayle is fifty five years old and drives a James Bond two seater BMW. Grandma Gayle is in denial that she is a grandma; she insists I call her Miss. Gayle in public. Everyone that is over twenty expects to be called Miss or Mister and their first name around here. Miss. Gayle and I went to ‘The Wal-Marts’, no matter how many times I told her it wasn’t plural, she hmphed me.

On the way home, we got pulled over for doing ten over the speed limit. Grandma thought it was hilarious. She loved the fact that she was old enough to get senior rates and it kept her insurance down low enough to get speeding tickets. Obviously, I’m going to be the only reasonable one in her house too.

“You know, you aren’t setting a good example for an impressionable teenager, right?” I said sweetly.

“You’re attempt at that southern drawl isn’t working for you toots. I’m not here to be a good example, I did that when I had your mom. I’m here for the cookies.”

“I wouldn’t finish that sentence young lady. What bee got in your bonnet today? Are you still having a suck-fest?” Miss. Gayle said.

“Why did you say that about cookies?” I leaned my head back on the headrest and stared out the window. Summer in eastern North Carolina is two things, hot and muggy. There was a summer shower while we were in the store and now the streets are steaming.

She looked over at me and laughed. “It got you to stop thinking about how everything is lame didn’t it? Made you wonder if I’m nuts, didn’t it? You can tell me, you thought I was a little cuckoo didn’t you?” She slapped the steering wheel and turned the volume up on the local rock station. “I’ve been meaning to ask you about those things you have in your hair. Are those feathers?”

I’ve seen the pictures of her when she was my age, and everyone is right, we look exactly the same. Well, we did. She colors her hair light brown, foregoing the blonde she use to be, and keeps it in a trendy hair-cut. She doesn’t dress like a grandma; she wears jeans with holes in them and t-shirts. Not the kind with pictures of kittens either.

“I don’t think you’re nuts. I’m positive you are,” I teased. I reached in my hair where I had my feather extensions. Right before school let out for summer, I had three purple feathers put in my hair. “Oh, you like my feathers huh? I bet someone around here will put some in your hair. You’ll look pretty hot with some green ones.”

“Aren’t you saucy?” She reached over and patted my thigh. “Later tonight, let’s go out for a while, I want to introduce you to someone.”

Chapter 2
Love looks not with the eyes, but with the mind,
And therefore is winged Cupid painted blind ~ William Shakespeare
A Midsummer Night’s Dream

I spent the rest of the day in my room. Every summer I’d spend a month with Grandma Gayle and every summer my mom had an excuse not to visit her at all. It wasn’t as if she could leave my dad home alone, he didn’t prove to be very responsible.

Growing up with an alcoholic father made my childhood anything but normal. Mom would say he drank to rid himself of the demons in his head. There was a time that I thought if I loved him a little bit more, he’d find that he loved me enough to quit. I was wrong. After I realized why daddy was ‘sick’, I quit having friends come over. One time in fourth grade, I had a couple of girls spend the night. Everything was going great, we ate pizza, watched a movie, sat up and told ghost stories, all the things you do at a sleep over. My friend Suzi had to go to the bathroom, so she snuck down the hall and walked in the bathroom and screamed at the top of her lungs. We all ran in there to find out what happened, and there laid my dad. Apparently he tried to hide the fact he was going to be sick from mom; he tripped over the little blue rug at my sink and fell into the wall. He had fallen through the drywall, leaving a giant hole. Amazingly, we didn’t hear a thing.

Mom came running out to see what was wrong, but it was too late for damage control. Dad was draped over the toilet full of vomit. I was mortified. The girls were asking me what was wrong with him, yeah, until big mouth Stacy decided to tell everyone how much beer she saw him drink. All the girls called their moms for a ride home at two in the morning. From that day forward, my dad was the ‘drunk’ and I never had another friend come to the house.

“Jess! Time to eat!” Mom yelled startling me out of my thoughts.

“Coming!” We may be heathens, but we eat dinner as a family. I found that thought absurdly funny and giggled all the way to the dining room.

“What got your funny bone?” Grandma asked.

“I don’t know, that we holler out as loud as possible that dinner is ready, so we can come and eat like civilized people,” I said.

“Yes ma’am. What time are we going to wherever we’re going?” I asked. “I’ll go ahead clear the dishes and clean the kitchen.” I started gathering up the dishes off of the table. “Dinner was great Gran…no Ms. Gayle.”

“Leave the dishes, they’ll be here when we get back.”

“Where are you two running off to?” Mom asked.

“I’m taking her over to meet one of my friends. You said you had to get some rest before your first day at work.” Gayle held her glass of tea up before taking a long drink of her sweet tea. The tea in North Carolina is like drinking a glass of sugar with a hint of tea.

Mom came over and pulled me in for a hug, kissing the top of my head. She is six feet tall, towering over my five eight inches. “Good night. Be good, don’t give grandma a hard time,” mom said.

On the drive, I fidget around pulling my shorts trying to keep the back of my thighs from sticking to the leather seats. New York might be hot, but North Carolina is like the gates to hell. The neighborhood that we went to was full of cookie cutter houses. Her friend’s house was no different than the rest. It’s a huge dark colored brick home with three BMWs in the driveway.
Isn’t that pretentious
, I think to myself.

“Don’t let all the flash and flare fool you. These are really good people and very down to earth,” she says as if she can hear my thoughts.

The door opens before we rang the bell. “Gayle, so you were able to come out and play tonight,” the man that opened the door said. “Jessie, you’ve grown up since the last time I saw you. It had to have been right before we moved to Virginia, that was three years ago.” He held the door open, guiding us in. The foyer opened up to a great room with enormous vaulted ceilings.

“Jessie, this is Gabe Baldwin. His son is Caleb, he came over a few times with his mom and went to the beach with us. His mom passed away last summer.” Grandma reached over to pat Gabe’s shoulder.

Gabe doesn’t look familiar to me, but I remember his dorky son Caleb. He wanted to hold my hand or touch me all of the time. Great, just what I need, a clingy teenage boy to drive me crazy. One more thing to add to my list of why North Carolina sucks. I plaster on my best fake smile and shake my head yes. “I remember Caleb; he went to the beach with us a few times.”

Gather the Sentient by Amalie Jahn
A Second Chance by Isabella Bearden
Theo by Ed Taylor
Celtika by Robert Holdstock
Genie for Hire by Neil Plakcy
One Snowy Night Before Christmas by Pamela Fryer
Trojan Odyssey by Clive Cussler
At Weddings and Wakes by Alice McDermott
Phantoms in the Brain: Probing the Mysteries of the Human Mind by V. S. Ramachandran, Sandra Blakeslee
Taken With The Enemy by Tia Fanning