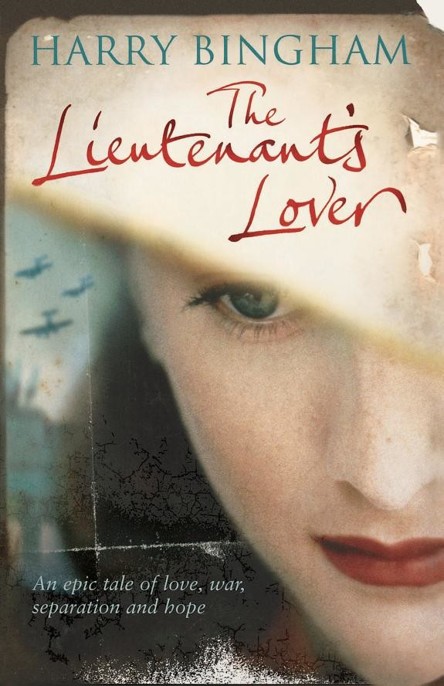 To my beloved N
.

Weeks of war had passed without fighting, just orders to advance, followed almost immediately by orders to retreat. And then one night, on another interminable journey in a troop train, it happened.

It was long past midnight. The train slowed and stopped. The little country platform filled with food vendors selling hot tea, boiled beef, rye pancakes. Misha clambered out to get some clean air and pace the stiffness out of his legs.

As he walked up and down, it began to snow. Small flakes at first, so light they hardly seemed to descend. But within minutes, the flakes had grown into big white feathers. They still seemed to fall so slowly that they were hardly coming down at all, but the ground quickly spread with white. Misha liked the snow, and went on pacing just as before. All around, sounds became softer, rounded, muffled.

Then a new vendor came onto the platform with a bundle of papers. There was a sudden eddy of excitement, men shouting, commotion. And Misha was caught up in it. Acting by some automatic instinct, he’d reached in his pocket for a kopeck or two and snatched a newspaper from the pile. And there, under the lamplight and the falling snow, he had read the headline:

That was all. There was a full article beneath the headline, one part fact, three parts sensational speculation. But Misha didn’t read a word of it. He didn’t have to. He was the son of a wealthy industrialist and landowner, at a time when owning industry and land had become suddenly dangerous.

The Tsar was overthrown. The workers had taken over.

Misha knew that his world had changed, utterly and for ever.

Tonya too remembered the moment.

The water butt on the landing had been frozen over, but at this time of year the ice wasn’t yet thick. A couple of axe-blows was enough to break the surface, and she’d filled the enamel jug, feeling it grow suddenly heavy as the water rushed in. She carried it through to the apartment beyond the landing.

In the living room, a cast-iron stove leaked heat and smoke in equal measure. The room was dim. In the corner by the stove, a man sat and watched Tonya enter and shrug off the thick coat which she wore over her nurse’s uniform.

He grinned, showing a mouth that held just four teeth, and not one of them a beauty. ‘Why work? It’s the revolution.’ Pleased with his answer, he repeated the word, dragging it out, giving a final kick to the final syllable,
revolutsya, revolutsy-a
.

To begin with, Tonya had ignored him. There was the fire to stoke, water to boil, soup to make, her elderly grandmother, Babba Varvara, to care for. She didn’t know what he was talking about, but then again as his excuses for not doing his job as a railwayman were innumerable, she didn’t care much either.

But then the old man had nudged the table. There was a newspaper lying there. Tonya remembered picking it up almost angrily, irritated at the interruption. And there it was, in simple words, black on white. The Winter Palace was stormed. The Tsar was captured. The workers were in control.

For a moment, perhaps only a second, Tonya remembered thinking that this must be good news. She was a worker, wasn’t she? If their class was victorious, then things would get better wouldn’t they? She looked back at her father, who grinned again. His mouth was like a black hole thumbed into the dark grey shadow of his face.

The word was ominous, and it sounded like death.

Misha had stood beneath the lamplight, reading and rereading that headline, ignoring the snow that fell continuously on his arms, head and neck. And then, after perhaps twenty minutes of shocked thought, he’d jerked his head up. It had become obvious that his time in the army was over, that it was his duty to desert, to seek out his family, to see that everyone was all right.

Nothing had been easier. He’d simply walked down the platform, away down the track out of the lamplight. He’d sheltered there in the bushes till the train whistled and moved off, taking his commander and fellow soldiers with it. When day had come, he’d wound a dirty bandage around his head and darkened it with blood from a dead pigeon. Going back to the railway station, he’d barged and begged his way onto the first train that came along. It had taken three weeks to cross the country. He’d had to evade the military police, to bribe guards, to walk long distances wherever the train services had completely stopped working. But he’d done it. He’d come home to Petrograd, the city of his birth.

The family home, a big mansion on Kuletsky Prospekt, stood in front of him. At first glance, nothing had changed. The great sweep of steps was still there, the iron railings, the glittering expanse of windows. But something was wrong. The lanterns on either side of the front doors were unlit. A narrow pathway had been trampled through the snow on the steps, but the snow hadn’t been cleared, nor had sand been scattered to avoid slips.

Feeling strange, as though in a dream, he approached his own front door and stepped inside. The moment that his foot crossed the threshold, he knew that the world,
his
world, had changed for ever.

The old house, once grand and silent, was aswarm with people. There were families, families of
workers
, in every room. The house was occupied and carved up like any tenement block. In the drawing room, where countesses had once danced, crude wooden partitions chopped the room into three. A stove burned smokily in the fireplace. A washing line hung over the marble mantelpiece. There were beds, and not even beds, mere piles of straw covered over with dirty sheets heaped up around the walls. Misha noticed a woman, dressed in black, grinning at him as she stirred a cooking pot. Around her neck she wore what looked like a gigantic diamond, and he realised that the room’s chandelier had disappeared, its crystal pendants stripped and scattered. He stared at her in shock, until she began to cackle. He walked abruptly on.

In every room, it was the same. It wasn’t like a tenement block, it was worse. The great house had never been intended for more than a few occupants and its plumbing and drainage were overwhelmed. The stairway had become a urinal. Pails of faeces were slopped from windows or just left slowly freezing for the next person to deal with. The house rang with arguments, songs, whistles, babies howling, children yelling, neighbours bickering.

Misha entered every room in turn. Nobody stopped him or told him to leave. He recognised nobody. Nobody recognised him. No servant from the old days, no groom or footman, certainly not his father, mother or sisters. He felt gathering dread. On the ground floor, nothing. On the first floor, also nothing. The second and third floors were likewise empty of any trace of his family or staff. As he climbed to the fourth and final floor, a floor once reserved for servants, he was convinced of the worst.

At the top of the final flight of stairs, the corridor branched off in two directions. One corridor looked and smelled like everything else in the house: the same ill-dressed, chattering horde. The other corridor was different. Its mouth was blocked off by a makeshift barricade: a door torn from its hinges, behind it a wardrobe, an ebony chest, a silk damask chaise longue, a card table, a bookcase. There was a gap barely big enough for a human to pass through. Misha stared at the ridiculous fortification in astonishment, and sudden joy. He put his hand to the torn-off door, knocked loudly and began to squeeze through.

He was just sucking in his belly to get past an awkwardly placed chair leg, when there was a sudden movement in the half-dark beyond. A hand grabbed him and yanked. He tumbled forwards. There was the click of a pistol being cocked and a shouted warning.

‘Easy, easy,’ said Misha, speaking as calmly as he was able.

Further on down the passage, a door swung open releasing some daylight into the gloom. Turning slowly, Misha looked up. The family’s old coachman, Vitaly, recognised his master and pulled his pistol away in a flurry of apology. One of the ladies’ maids had been standing behind Vitaly with an antique carbine. She too dropped her weapon.

But he didn’t have to finish. His mother, Emma Ernestovna, a woman of forty-two, but more stately, more queenly than her age, came rushing out. She was dressed as no one these days was dressed: a long gown in violet silk, fur-trimmed at the neckline.

She ran to him, her hands out for him to kiss. He kissed her as she wanted, then embraced her properly, kissing her on both cheeks. He didn’t let go, but asked the questions that drummed inside him.

Yevgeny, Misha’s six-year-old brother, answered the last question by emerging from somewhere like a bullet and hugging his legs.

His mother watched distractedly. ‘Yevgeny, yes, he’s here. Natasha and Raisa, bless them, in Switzerland – we think – it all depends on the trains – I haven’t had a telegram – we should have had a telegram – what do you think? – Your sisters, really…’

‘I’m sure they’re fine. No telegrams would have come through anyway. And Father?’

Misha listened to his mother, hearing her words and not hearing them at the same time. Zhavalya was the family’s country estate, about two thousand kilometres east of Moscow. But Misha knew his father wasn’t there. He couldn’t be. Not now, not in winter, now with revolution surging around the capital city and his family unprotected.

‘In Zhavalya?’ he said blankly.

But he didn’t mean anything by his question. He knew the answer. If his mother were telling herself this lie, then it could only mean that his father was dead. That the dominating industrialist, the man of business, his distant but not unkind father had been murdered. And in that same moment, literally from one moment to the next, Misha realised that his childhood was over. He had become a man, the head of the household.

Everyone now depended on him.

Kiryl, Tonya’s father, either didn’t know where his son was, or more likely wouldn’t say. But the boy was just fourteen and delicately built. Two winters ago, he had caught typhus, at the same time as their mother had died of it. He had survived, but only just and Tonya knew she couldn’t let him wander the streets, out late and alone. She put on coat, hat, gloves and scarf.

Haveli by Suzanne Fisher Staples
Shoot to Win by Dan Freedman
Eye of the Storm by Kate Messner
Cemetery Road by Gar Anthony Haywood
The Triangle and The Mountain: A Bermuda Triangle Adventure by Jake von Alpen
Play Me, I'm Yours [Library Edition] by Madison Parker
La estancia azul by Jeffery Deaver
Army of the Wolf by Peter Darman
Sins of Omission by Irina Shapiro
Open Roads by Zach Bohannon