Mikey arrived in the garden. They finally
heard the rustle of leaves and the clicking sound which meant that
Pete the Possum was near. 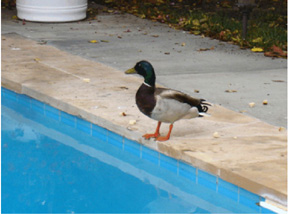 “Pete.” Pete looked around and saw his
friend, Mikey. “I’d like you to meet Aristotle, Ari to his
friends.” Mikey said. “Ari and his family just moved here from the
beach. 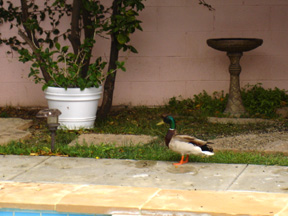 Ari is new to the neighborhood and he would
like to be your friend.” Ari handed Pete one of his jewels and said
to him “I would like to share this with you. This jewel is for you
for Christmas. It is from my favorite Jewel Collar.” Pete shook
Ari’s paw, said thank you and told him he looked forward to many
moonlit nights playing around the pool and garden. 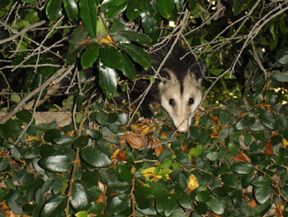 Ari heard the flapping of wings and looked
up. He saw Hannah the Hummingbird feeding her children in the tree
above. Ari decided to share some jewels with them later. Ari was
thrilled. He had so many new friends to play with and share his
days in the garden. While Ari loved each of his beautiful
collars, the Jewel Collar was by far his favorite and his most
prized possession. 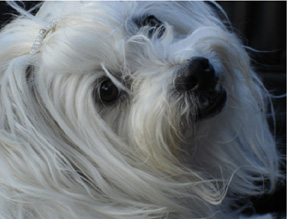 Although moving away from his old friends and
beach garden made him sad, Ari now had many new friends in the
Floral Park garden to spend fun-filled days with, including the new
little Hummingbird family. 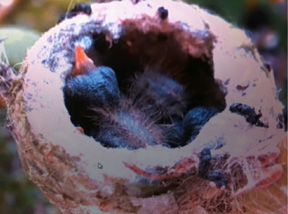 Later that day, Ari walked around his garden
and barked happily at the baby hummingbirds. Ari knew that it was
more important to have good friends than jewels. 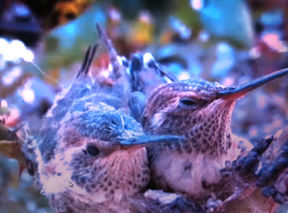 Ari learned that sharing with others was the
most important lesson he could learn. Ari was so happy and knew it
would be the best Christmas ever. 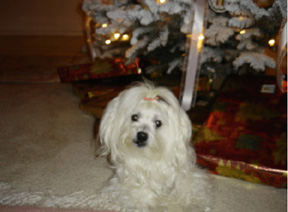 The next day was Christmas and Ari and his
new friends gathered around the water fountain and admired their
jewel Christmas gifts from Ari. The Sparrow Family arrived to
celebrate Christmas with their garden friends and wondered what the
excitement was all about. Ari approached the Sparrow Family,
comfortable that he could introduce himself to the Sparrow Family
without Steve the Squirrel’s help. He handed them five jewels, one
for each member of the family. “Merry Christmas,” Ari said. “I
would very much like to be your friend.” The Sparrow Family chirped
to Ari that it would be their pleasure and thanked Ari for his
Christmas gifts to them. “We will be your friend even without the
jewels.” They told him. 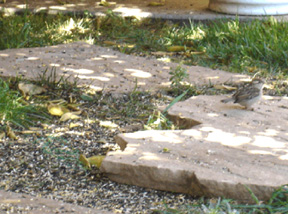 Ari thought that it had been a wonderful few
days meeting many new friends in the garden and sharing the jewels
from his Jewel Collar. 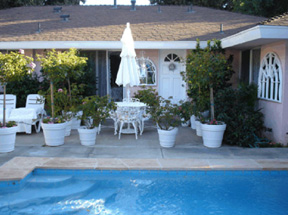