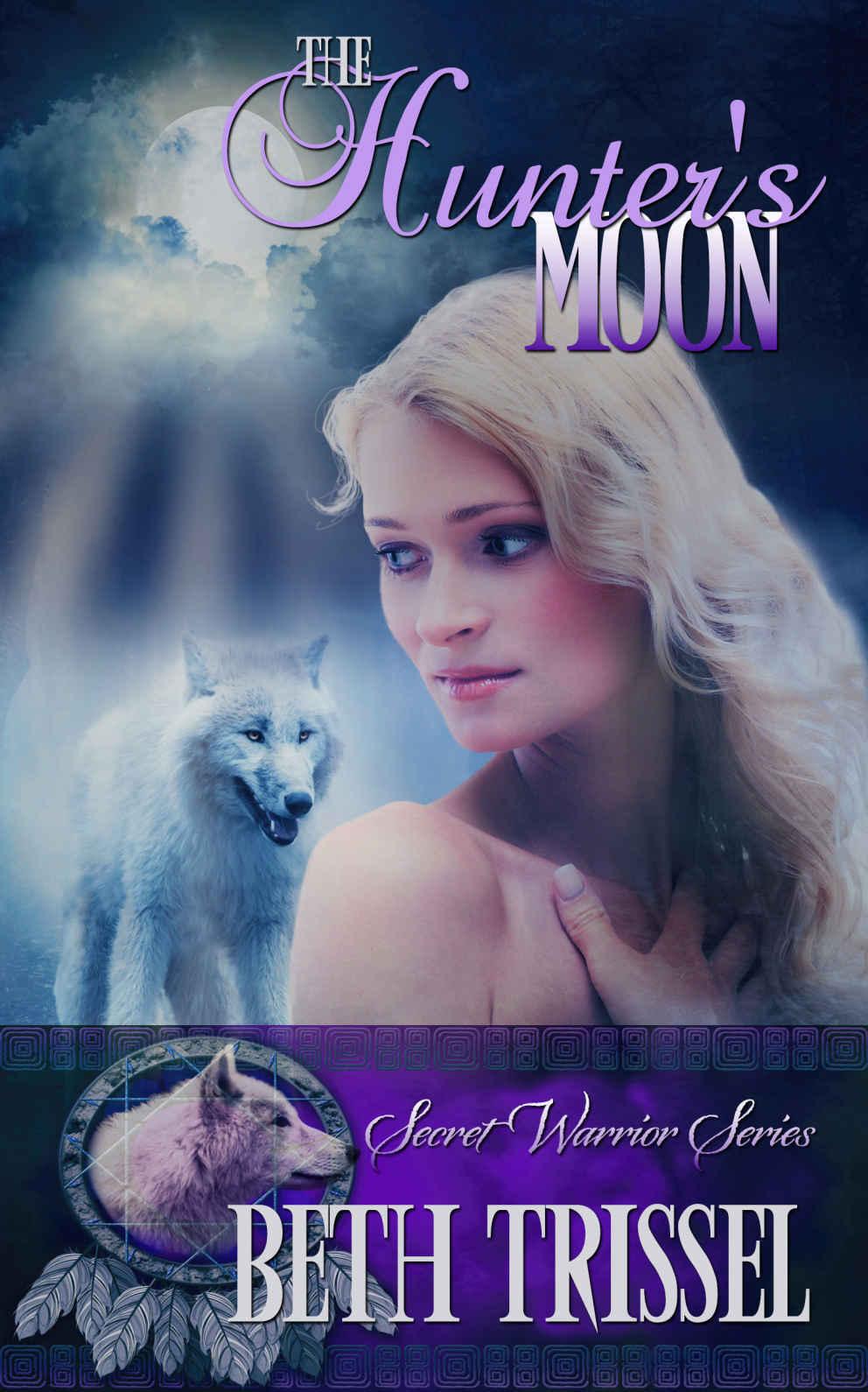 A special thank you.

“Should we stay, or go
while the smoke lasts?” The cloth muffled her voice.

“You can hardly walk.”

She couldn’t argue that point. Neither could they wait to be found. “The Panteras won’t give up until we’re dead.”

“Maybe they think we are,” he argued under his breath.

She suspected Mateo would demand a body, even a charred one. Make that two. She and Jimmy didn’t have much choice, though, other than to crouch in dread while the fire crackled.

She fixed her blurry gaze on what appeared to be a black wolf emerging from the trees. The creature was larger than she’d thought wolves were, and she’d understood none remained in these mountains. They were all farther north or west. Somewhere else.

Apparently, she was misinformed.

Judging by its size, she guessed this was a male. He stopped before their hideout. Eyes the color of red coals surveyed them before he turned and darted down the trail she’d spotted.

“Holy cow, Batboy. Did you see that?” she whispered.

She stared at the big brown and gray wolf that took the black one’s place. Where on earth had he come from?

The beast turned its furry head at her and Jimmy. His eyes shone with a luminous light, like fireflies…

“Ms. Trissel’s alluring style of writing invites the reader into a world of fantasy…so believable it is spellbinding.”

~ Camellia for Long and Short Reviews

“Beth Trissel knows how to craft a simple but engaging story that produces mixed emotions and thoughts in the reader, with a surprising ending that the reader never suspects is coming.”

“Ms. Trissel captivates her reader from the moment you start reading the first page.”

“Ms. Trissel describes the colors and the smells in a way that I felt I was there actually smelling and seeing with her characters. The descriptions were great.”

“I have always liked Beth Trissel's style of writing and hope she does not change.”

“Ms. Trissel brings the countryside and its people alive with her fascinating details.”

To my dear niece, Elizabeth,

who helped bring this story to life.

A special thank you to Jim Great Elk Waters, Shawnee Elder and Pipecarrier, for his valuable assistance with the Shawnee language used in this book.

Mid-October, the Shenandoah Valley of Virginia

No one could see what Morgan and Jimmy Daniel had witnessed and live to testify. All the safeguards of the witness protection program weren’t enough. A flaw in the security system—Morgan didn’t know what—and
They
found her and little brother Jimmy. Less than two months in the small town of Woodstock, Virginia, and their defenses were already breached. Was there anywhere not on the gang’s radar?

Praying the Blue Ridge offered cover, she sped toward the mountains behind the wheel of Aunt Maggie’s vintage Chevy with Jimmy seatbelted in back. Haze enveloped the ridges rising before them like mist rolling in from the sea, the car sailing forward like a ship.

Navigating back roads wasn’t the same as driving in town, though. No stoplights. Few road signs. Curves appeared out of nowhere in the shrouded countryside awash in gold and orange leaves. Scenic, but not ideal conditions for making a hasty getaway.

“Crap!” A sharp bend in the road caught her off-guard.

Breaking hard, she swerved to avoid plowing through the rail fence bordering a pasture. The car spun on the damp surface, coming to stop in the other lane. Fortunately, no other vehicles were traveling this isolated stretch now, and she soon had them safely underway again.

She shot a glance in the rearview mirror at her ten-year-old brother, blue eyes intent behind his black glasses. Freckles stood out on his pale face like connect the dots, and he clenched his
Spiderman
backpack to his chest. He could sit out an earthquake without getting rattled. The near miss was nothing.

He shrugged. “The seatbelt cut me in half, and I choked on my gum. Other than that, I’m terrific.”

His deadpan humor lightened her tension. “Very funny. At least we didn’t wind up in a field of cows.”

“Or a fish pond.” He was referring to the unfortunate incident when she was first learning to drive and backed into the water garden. “Where, exactly, are we going, Morgan? And don’t just say the mountains.”

“I’m not exactly sure. All I know is it’s a hidden place
between the mountains
called Fort Valley.”

He considered, the way he did when she could almost see the data processing in his superior brain. ‘The keenest mind in dogdom,’ he’d termed himself, after reading
101 Dalmatians.
The whiz kid was definitely quirky.

“Do we know anybody there?” he asked.

“Not a soul. Not many people live in Fort Valley or the surrounding mountains.”

“Good.” Jimmy understood a lot about their lives right now. About everything. He was like a pint-sized android with feelings.

“Can’t be helped. She told us to run for it if the Panteras showed up. That’s always been the game plan.”

“But she won’t know they did. She’s still at work.”

One moment, Morgan was picking him up outside his elementary school, the next, a black sedan was tailing them, and rounding each turn she took toward the townhouse. Not sneaky enough to escape her notice, if stealth was their aim. Maybe they didn’t care if she ‘made them,’ spy lingo she’d learned, and figured they’d grab her and Jimmy anyway. But she’d one-upped the gang and lost the sedan on side streets in town. Aunt M.’s drills on evasive techniques had really paid off, but they still might catch up.

“You could’ve texted her quick before tossing the phone,” Jimmy persisted.

Morgan shook her head. “Phones can be tracked.”

“Might be how they found us to begin with. Did you call home?” Accusation edged his query. He knew how tempted she was.

“No.” Even with limited use, and zero contact with their old life, the cell phone had offered connection with their few new friends. Now, they had nothing.

Steering with one hand, Morgan fished in the glove compartment with the other. “Here.” She pitched him a map. “Find Gooseneck Hollow. Aunt M. said if we were ever in trouble to go to her cabin at the end of the road. She marked the spot.”

“She didn’t tell me.” Jimmy’s voice rose an octave in indignation.

“What good would it do? How were you getting there, on your bike?”

Morgan pictured him peddling doggedly up the mountainside. “She knew we’d be together, and I’d drive us. Just tell me what road to take. And watch for that car.”

Jimmy bent over the map, blond hair sticking out from beneath the hood of his green jacket. The kid nailed straight A’s with a glance at his schoolwork, decoding the map should be a breeze. “Follow Route 758. It winds like a snake over Powell Mountain. Turns into the Tower Road. Says the road’s closed in winter.”

“They mean snow. Winter comes early in the mountains. We could get snowed in back there,” he reminded her.

A sinking sensation in her stomach warned her she couldn’t count on anything. She wasn’t a fan of wilderness, and badly missed their brick house in the quiet suburb of Bethesda, Maryland. Homes crouched along the tree-lined street like contented cats. Before Bethesda, they’d lived in Atlanta, Georgia; Knoxville, Tennessee; Raleigh, North Carolina… Even before they’d officially gone dark, Aunt M. had moved them around like Army Brats. But always to cities, not small towns and mountains.

Now, while Morgan’s latest friends hung out, she was heading into rugged ridges soon to be capped in snow like a Christmas card. Only this was anything but cheery. The fragrance of fake pine from the air freshener dangling from the rearview mirror struck her as ironic.

“No stopping for supplies, Batboy.” Her nickname for her genius brother. “I hope Aunt M. stocked the cabin. We’ll need food.”

“And firewood. Plus an axe and a shotgun. Wish I had my bow.” Angelic little Jimmy had learned survival training from Uncle Don before he took off last month for parts unknown, an unforeseen occurrence that puzzled them both.

Morgan was more the artistic type, preferring to sketch the rocks Jimmy climbed. “At least it’s shelter, until Aunt M. alerts witness protection to whisk us away to a new life.”

“And identity. Maybe this time we can be—”

“Don’t even go there.” He’d requested the names
Scooby-Doo
and
Shaggy
before, part of his oddball humor.

“You hate being Abby Brown, Morgan, and you know it. Pick something fun.”

“Cool. We need a Robin Hood. We’ve already got outlaws.”

“Pray we lost those.”

Jimmy quieted. Silence enfolded them as they climbed into the foggy mountains, like ascending into the clouds. As he’d warned, the dirt road twisted like serpent’s coils.

Gripping the wheel, she hugged the side farthest from the edge. “What did this used to be, a buffalo trail?”

“Probably. Until pioneers came.” He had an answer for everything.

“Why does it zigzag all around the mountain?”

“No dynamite back then to blast their way through.”

“And no one’s touched it since. The incline’s so steep I’m afraid we’ll flip over backwards and tumble downhill.”

“Other people come this way,” he pointed out.

“They’re crazy.” Thank heavens the road hog she drove was heavy with a hood that stuck out a mile.