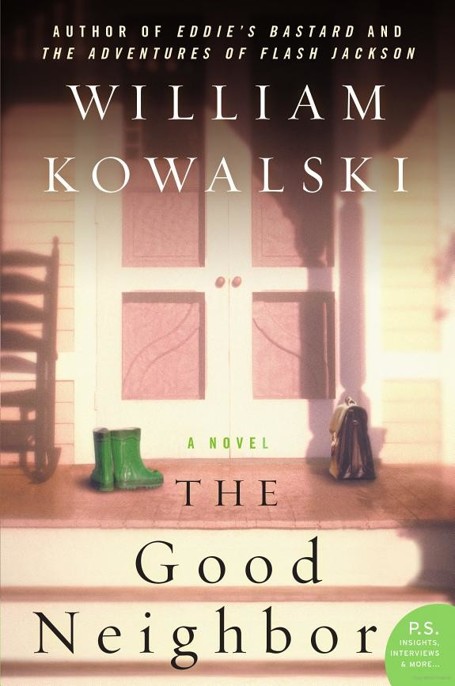 For Kasia, my little girl, and also

I would like to express my appreciation to my wife, Alexandra, my agent, Anne Hawkins, and my editor, Marjorie Braman, for their continued support during the writing of this book. Nathan Sidoli and Michael Wolfe were also helpful, and Paul Romaine gave generously of his time and energy in helping me see the world through the eyes of a professional stock trader. Larry Finlay, my editor in the U.K., has been a constant source of optimism and encouragement. Without these people and others, this novel would not have come to be, and they have my full and unending gratitude.

The town of Plainsburg, Pennsylvania, is fictitious, and should not be confused with any actual place.

I
n the morning, the river seemed flat and still. At this early hour, there was no depth to it; it was as if one could bend down and

pinch the water between thumb and forefinger and just peel it away, like a bandage, and underneath, the earth would be dry. There would be bones down there, and other secrets, too, whis pering of the things that had already happened in that place, as well as things that were to come—but they wouldn’t have known any of this, not yet.

They came around that last bend in the road, where the bluff ends and the river plain begins, and the valley opened up before them like a drawing from a long-forgotten children’s book. There was the house on one side of the road, and the thin, silent river on the other. Growing along the river were trees in profusion— Francie saw wise sycamores, tentative birches, and weeping wil lows, as well as several sprightly young oaks and one stately old one. In their brilliant headdresses, they seemed to her like torches that had been stuck in the earth and left there to glower against

the ragged gray belly of the sky. It was fall, the best time of the year in that part of the world.

Later, like jealous explorers, they would argue about who had seen the house first, Francine or Coltrane. It was difficult to deter mine, because the house wasn’t the only thing to come to the eye once one had swung around the bend. There was too much else to look at. There were the rumpled mountains in the distance, for example, unstriking in either height or appearance, but lending a softening distraction to the scene, as if they were not real but a background image done in paint or chalk. They looked like some thing you could jump into, Francie thought, like the park scene in
Mary Poppins
. Also, there was the river, and all around them, the broad, fecund fields, whose varying greenness was still defiant and bright, so early was it still in this new season of dying. There was the road, which unspooled over the hilltop in the foreground like a runaway ribbon. But, really, it was the trees that got you first, with their colors of priestly saffron and Martian red.

Francie would later tell Colt that he could not possibly have seen the house first, because he was driving, and it was tucked away on her side of the car. She let him have credit for discovering the river, because she didn’t care about the river. She only cared about the house, and from the moment she saw it—it really
was
she who saw it first, though they both exclaimed about it at the same time—it was as if she’d never cared about any other place in her life until now.

Everything to Lose by Katie Reus
Heart of Thunder by Johanna Lindsey
Blood of the Isles by Bryan Sykes
My Education by Susan Choi
Katherine by Anchee Min
Dead Wolf by Tim O'Rourke
Follow the Queen: A Menage, Sexy and Short Romance) by Lola Wilder
The Complete Father Brown Mysteries [Annotated, With Introduction, Rare Additional Material] by Chesterton, G.K.
The Secret in Their Eyes by Eduardo Sacheri
JF03 - Eternal by Craig Russell