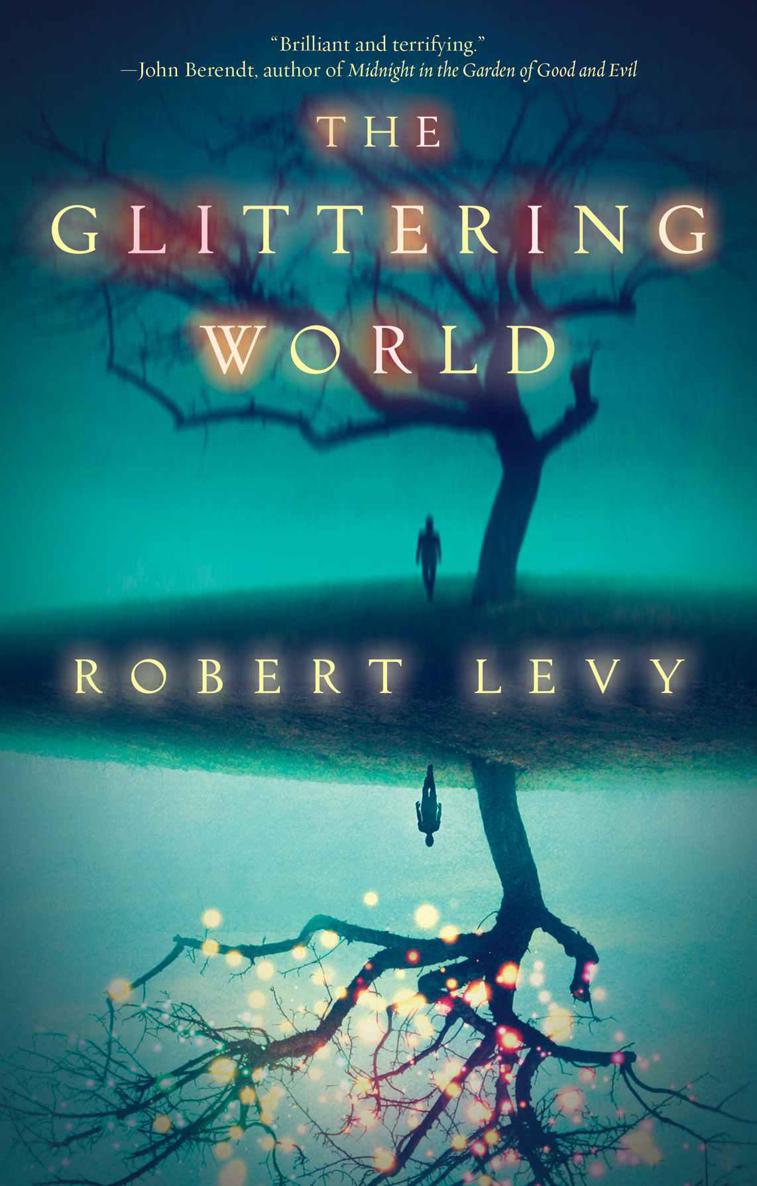 For Carole and Hugh and Rachel and Devan and Dan

I woke up this morning

and I took a look around

at all that I got

These days I’ve been

lookin’ in the mirror

and wondering if that’s me

lookin’ back or not

— Steve Earle, “The Other Kind”

Part One
BLUE
Chapter One

Blue was restless from the moment they took off. When the plane wasn’t bouncing it lurched, a bucking hard-core mosh against the unsteady rumble of the fifty-seater’s black fly buzz. Through the worst of it he white-knuckled the armrests. The shape of the plane unnerved him: the vessel tunneled like a mine shaft, like the endless tapering caverns he traveled in his dreams. He ran a pale hand through his tar-black hair and leaned his head against the window, though he’d given up on any chance of sleep, Ambien and a plastic cup of red wine sadly missing from the agenda on the brief morning flight.

All the while Gabe, unfazed, chattered away beside him. Going on about various cloud formations he’d spotted beyond the wing, whether the restaurant would still be standing when they returned to New York, his hope that a nomadic family of Sasquatches might have wandered as far east as Nova Scotia. It was strangely comforting, and Blue nodded when he thought he should. Still, he couldn’t help but peer across the aisle toward Elisa, her head buried in her husband Jason’s shoulder. Elisa had always hated flying, almost as much as Blue. He wished he were sitting next to her instead, misery and company and all that. Now it was Jason who was at her side, as fate and marital vows would have it.

He figured he’d catch some shut-eye in the rental car, but
once his giddy traveling companions loaded their luggage and piled laughing into their late-model gray Cadillac, Blue knew there would be no sleep until they reached Cape Breton. He shifted in the backseat as the car pulled away from the curb. The glass and steel of the terminal juddered past, and the airport, along with the rest of Halifax, soon receded from sight. The brilliant bold sweep of the swollen Maritimes sky made his vision blur and his legs tremble, as if he had been at sea his whole life and was only now coming ashore.

Elisa settled on her sit bones in the passenger seat. She whipped out her vintage Konica—her constant companion of late—and shot a picture of her husband behind the wheel. Jason bopped his head and tapped his square, well-manicured nails against the steering column, emoting like the heir to Nat King Cole as he sang along to a big band tune on the radio. Gabe’s unfamiliarity with the song didn’t prevent him from humming his own form of accompaniment. Folded like a crab claw with his spearmint-green Pumas on the back of Elisa’s seat, he looked happy just to be along for the ride, busy doodling in his sketch pad with a black Sharpie, his writing hand scarred by a childhood burn. Gabe was a scrubby weed of a kid, not yet old enough to tend bar, someone Elisa and Blue would have gravitated toward back in their nightlife days; indeed, with his sleepy smile and tangled mop of dirty blond hair, Gabe was pretty. But young. In the bright light of day, the twenty-year-old looked strangely even younger than when he’d walked into Blue’s restaurant last winter to inquire about the Help Wanted sign in the window.

The four-hour drive stretched well into the afternoon, their destination a vacation house in the vicinity of the defunct Starling Cove Friendship Colony, the former commune where Blue
was born. What recollection he had of the artists’ community was questionable at best, scratchy images of trees and mountains and possibly the façade of a crumbling brick building, spectral memories that might have been cribbed from photographs. Along the way they stopped at a Tim Hortons for coffee and lunch, then a Needs Convenience for gas and snacks; at a musty used-clothing chain store called Frenchy’s they spent nearly an hour. Blue, Elisa, and Gabe darted up and down the aisles to dig through the haphazardly compiled bins, Elisa with the enthusiastic determination of the fashion conscious, Blue and Gabe with the wariness of those who had spent grim youths forced into secondhand clothes. Jason hung back to make small talk with the matronly shopkeeper.

“It’s uncanny.” Jason crossed the store and leaned in to scrutinize the garish image. “Seriously, this is exactly what it was like! Except for the giant eagle. Although I was a little distracted that morning.” He laughed, snagged the shirt from Blue, and tossed it back into the pile. It was good to hear him joke about it, considering.

“What did I miss?” Elisa emerged from the dressing room wearing nothing but a safari hat and an enormous and ill-fitting hockey jersey that ended halfway down her tanned and olive-skinned thighs, her camera slung from her neck as usual. “Something funny?”

“Extremely,” Jason said. “And now you’ll never know.” He flashed her a smile as he took her hand, and she placed the hat
atop his head. Reflexively, Blue leaned past a rack of long coats to check if Gabe was close by; sweet, adoring Gabe, the only one in the world who looked out for him the way Elisa once did, which is to say completely. Why Blue attracted that kind of fervent attention was a different matter entirely.

“Hey, look.” Elisa gestured in the direction of the shop clerk. “She has your old ’do.” The woman’s short and spiky hair had a decidedly blue tinge from a cheapo concealing rinse that bore an uncomfortably close resemblance to Blue’s style from his lip-pierce and Manic Panic days. “You’ve returned to your people,” Elisa said, draping an arm over his shoulders. “At last.”

Though the name had stuck, Blue hadn’t dyed his hair in ages, not since his club kid days ended and he started work in real kitchens. Only photographs remained, and the nickname. “Why don’t you go blue again?” Gabe had asked one night in Brooklyn after they’d closed down the restaurant.

“It’s not me anymore,” he replied, a shoebox of his memorabilia from high school and beyond scattered across the counter. But what he’d meant was,
I’m too old for that
. Thirty years old with hair the color of a circus clown was not only unflattering but desperate. He wasn’t the same carefree boy of fifteen or even twenty-five, scraping together money for his daily meal of a single brick-sized burrito and a forty-ounce of St. Ides. “It is a bit childish, don’t you think?”

And Blue thought he had. But here he found himself, overworked yet near penniless under the weight of crushing debt. He would have readily traded some of his cooking skills for an ounce of business acumen, but, alas, the intricacies of
keeping the restaurant solvent had eluded him. Not exactly as planned.

Outside Frenchy’s to grab a smoke, his cellphone buzzed. Blocked call, unlisted: his mother. “Hello, my lovely boy,” she said, her voice weaker than ever. “How’s it going up there?”

“So far so good. How you? How’s your new, what do you call it, home health aide?”

“No use complaining.” She wheezed, breath heavy against the receiver. “So tell me. Where are you right now?”

“You mean at the airport?”

“You . . . You told me you were just going to see the lawyer in Halifax and sign the papers.”

“I figured we’d swing by the house first. You know, just to see it.”

“Whose fault is that?” Blue said, and immediately regretted it.
Be nice
, he reminded himself.
You know how sick she is. How much she loves you.
The sense memory of Bengay and Tiger Balm assaulted him.

This whole trip, though, it was colored by his mother and her decision to haul him as a child out of Canada twenty-five years prior. He often felt that she’d robbed him, taken away his claim to his grandmother, the community, and this land as a whole. And now that his grandmother had died, his only connection to her was the house she’d left him in her will, in the hope, perhaps, that he would return to Starling Cove. Little had Grandma Flora known he was so hard up for money that he would have no choice but to sell the house as soon as possible.
He needed the rest of them along to make it feel less mercenary than it really was.

“She’s gone,” he said softly, and shook away the smell. “Don’t worry about me. Besides, it’s not like I’m alone, I’m up here with Elisa and Jason.” He cast an eye through the store window, though all he could see was his own distorted image reflected back at him from the smudged glass; too difficult to explain Gabe, who the glorified busboy was to Blue, and who he was not. “We’ll be fine. I swear.”

“Where are you staying?”

“I’m not sure exactly,” he lied. “About an hour from Starling Cove, I guess? Elisa has the directions.”

“Babe, listen to me for once in your life. Your grandmother, she was a very religious woman.” His mother’s voice had turned pensive and haunted. “She had a lot of strange beliefs, and some even stranger ones about my friends.”

“That you were all a bunch of drug-fiending hippies, right?” He forced himself to squint up into the sun, as if in censure. “That was a joke, by the way.”

“Aside from the lawyer, don’t tell anyone else what you’re doing up there. Trust me on this, please. I know you’re curious. But get it done and let that be the end of it.”

“Okay, okay.” There was no winning on this subject. “Mum’s the word. Promise.”

“Smart.” A long silence, punctuated by the hiss of her bedside oxygen tank. “Just be smart.”

Gabe came out of the store. He held the door open for Elisa and Jason, who exited arm in arm, Jason sporting the safari hat and Elisa with two plastic bags stuffed full of clothing.

“Love you too. I’ll be back in no time, really. The days will fly.”

“Who was that?” Elisa said as they got back inside the car.

“My mom. I told her we’re heading north.”

“Not thrilled.” Going up to Cape Breton was the latest of many disappointments he’d handed his mother in his quest to individuate himself, a process that began over a decade ago, when he moved out of their cramped Hell’s Kitchen apartment after high school. She came down with debilitating osteoporosis soon afterward, the first in a series of infirmities that overtook her in his absence. It seemed as if every time he did leave her side, it triggered some new calamity, a fall in the bathroom or a flare-up of shingles, and these days she was bedridden. Now that he had firmly extricated himself from her, there was an unspoken understanding that it was best he simply kept away.