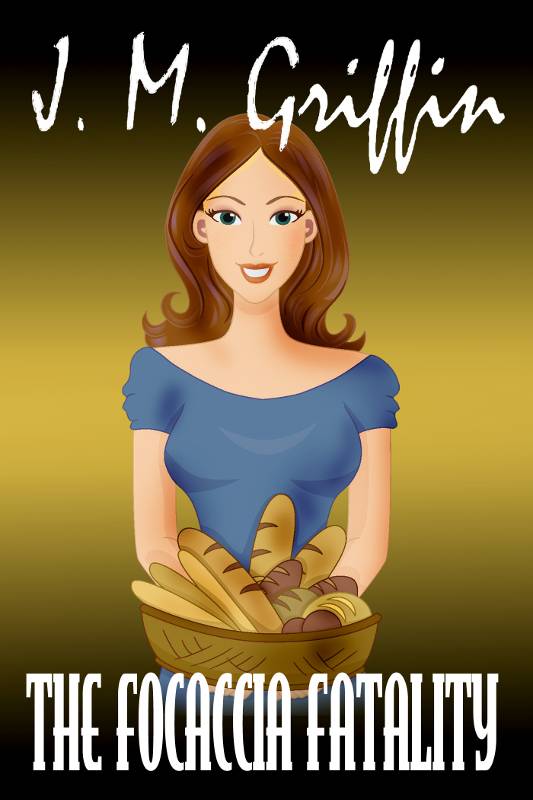 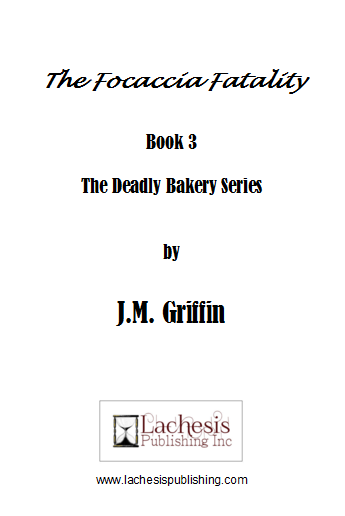 All rights reserved. The use of any part of this publication reproduced, transmitted in any form or by any means, electronic, mechanical, photocopying, recording, or otherwise, without the prior written consent of the publisher, Lachesis Publishing Inc., is an infringement of the copyright law.

A catalogue record for the Ebook is available

from the National Library of Canada

Ebooks are available for purchase from

This is a work of fiction. Names, characters, places and incidents are either the product of the author’s imagination or are used fictitiously, and any resemblance to any person or persons, living or dead, events or locales is entirely coincidental.

For KPags, without your unfailing support, great sense of humor, and marvellous personality, I’d truly be at a loss.

Many thanks and much appreciation for the expert team at Lachesis Publishing. Thanks to Joanna D’Angelo, editor extraordinaire; copy editor, Giovanna Lagana; and cover artist, Laura Givens. You make my job easy.

Weeks turned into months, which had passed in a flurry of activity. My bakery business had grown and Sean had dropped a few hours of the selling schedule to lighten her workload. While I piled rolls on shelves under the glass countertop and stacked loaves in baskets tipped on their sides that were braced against shelf edges, it occurred to me that another holiday season was fast approaching. Thanksgiving had just come and gone. Christmas loomed on the horizon with only three weeks to go.

My grandmother, an elderly woman who’d fallen hard for Connor Graham, a Scotsman living in her apartment complex, had decided to enjoy life more and stay out of trouble. Glad that she’d done so, I’d searched high and low for a helper to fill the hours Seanmhair’s absence had left vacant. A middle-aged woman had been referred to me by one of my fellow business tenants. We’d hit it off immediately, and I’d hired her on the spot. I usually go with my first impression, and was happy I’d done so this time round.

The rear door of my kitchen opened, bringing with it a cold wind off the bay. In a rush, Seanmhair, pronounced
shen-u-ver
, tossed her hat, coat, and handbag into the tiny alcove I used as an office. The Hole in the Wall Bakery is in a string of eight shops housed in a historical building on Wickendon Street. This delightful part of the historic neighborhood bordered Narragansett Bay’s east edge of Providence, Rhode Island.

With a chuckle, I asked, “Late night?”

Seanmhair smiled and brushed away the question. “Not at all, I had to wait for an accident to be cleared from Benefit Street. Cars were lined up in funeral procession order. The only thing missing was a hearse.”

Her dark sense of humor often tickled me. Tying her apron around her plump middle, my grandmother resembled a sweet little gnome. Seanmhair swept past just as the front door to the bakery opened.

“I can see that I’ve arrived just in time. There are four customers tumbling through the door,” she murmured over her shoulder.

Her warm greeting came through the double doors, which separated the kitchen from the store front, as they swung to and fro. With a grin, I returned to work and shuffled through the mail left by the postman. What looked like a greeting card lay at the bottom of the bundle. Curious, I stared at the postmark, ran my fingers over the smooth vellum surface of the envelope, and dreaded opening it. The card held a Scotland postmark.

A Christmas greeting lay inside. I studied the gold embellishment that rimmed the inside edge of the card front. A Christmas tree, adorned with colorful ribbon was featured in the center space. Slightly hesitant, I opened the card and read the handwritten greeting. Aidan wished me merry holidays and noted on the bottom that he hadn’t forgotten we had unfinished, personal business. No explanation of where he’d gone, why he’d never shown up or called, nothing to indicate whether I’d see him again or not. I crumpled and tossed his card aside as Seanmhair waddled into the alcove.

She gave the crumpled vellum a brief glance and then said a gentleman was out front and insisted on speaking with me.

“Did he seem perturbed?” I asked softly. Autumn had been hell, summer a nightmare, and all I wanted was a quiet holiday season. We’d gotten through Thanksgiving without a murder or an attempted one. If Christmas was the same, I could greet the New Year with pleasure.

Standing on her tiptoes, Seanmhair peered at the man through the porthole window of the door and whispered, “He’s well-dressed, business-like, and determined to speak to you personally. He doesn’t appear upset, so why don’t you go along and deal with him?”

Doing as she’d asked, I gave her a nod and a wink. I strode into the shop and smiled at the stocky, middle-aged man I’d seen on the local news. A Rhode Island politician of sorts, Vincent Gallagher chewed a mouthful of focaccia bread he’d taken from the sliced chunks in the counter basket. I found more people bought different types of bread when they had an opportunity to taste them and left a basket of various nibbles out daily.

He extended his hand and I shook it. “Mr. Gallagher, nice to see you. What can I do for you today?” I asked with a smile.

“My wife adores this bakery and suggested I place an order. Since I was nearby, I decided to stop in. We’re having a party at my home. Olga would like you to make various breads and rolls for our guests. There should be at least four or five different kinds of both for people to select from.” He bit off and chewed another mouthful of focaccia while he glanced at the shelves. He held up the morsel of bread in his hand and asked, “Can you bring some of this? I haven’t had any like it since my grandmother passed away.” He smacked his lips. “Very tasty, Ms. Cameron.”

I smiled at his lip smacking antics, and agreed to his request. We set a date and time for delivery. Gallagher asked that I stay during the shindig to refill containers as needed and rambled on about the guest list while I wrote his instructions down on the order pad. “How many guests are you expecting?” I asked.

“Do any of them have dietary needs? You know, wheat allergies, and such?”

“Not to my knowledge. I’ll have Olga find out and call you,” he answered.

“That would be wonderful, thank you. I’ll see you next week. Please call if there are any changes in the order,” I said. His flaming red curls bobbed when he nodded. After he finally moseyed through the front door, Seanmhair joined me behind the counter.

“He’s a weird mix, that one,” she muttered. “Half Italian and half Irish. What a combination. He does look more Irish, though, don’t you think?”

“Mmm, red hair, pale skin, stocky, and smells like cigars. You’re right. He’s quite a blend of both nationalities.” I tucked the order from the pad into my apron pocket.

About to walk away from Seanmhair, I stopped cold when she asked, “Why did you crumple that beautiful card from Aidan?”

“No reason,” I answered as I glanced over my shoulder and scooted into the kitchen, all the while knowing Seanmhair would never leave it at that. Sometimes it sucks to be right.

Hot on my heels, Seanmhair rocketed in right behind me. “You haven’t heard from him for some time, then? Is that why you’re upset?”

With a sigh, I turned to her. “If you must know, he was supposed to stop and see me the day after Mr. Seever was arrested. He didn’t come by, call, email, text, or anything else until that card arrived.” I raised my hands and said, “I haven’t any idea what’s going on with him. He blows hot and cold at the best of times. There’s no excuse for his actions, Sean. None.”

Silence speaks volumes, or so it’s said. Seanmhair waited until I stopped pacing and asked, “What did he mean by personal business?”

In search of something to say that wouldn’t be a lie, I shrugged and opened my mouth, not knowing what would come out. The bell over the door jingled, signaling a customer, which took Seanmhair out of my way and into theirs.

“We’re not finished with this conversation. I’ll be back in a jiffy,” she said with raised brows and a meaningful look.

As she rang up sales, I considered Aidan’s actions. I’d stopped worrying over the reason I hadn’t heard from him. I’d once considered him the man of my dreams, but now I wasn’t so sure. His handsome features and charming personality no longer took front and center when I thought of romance. The last time I’d seen him, he’d asked me to marry him. We’d been celebrating the introduction of his ale to Rhode Islanders at a local pub by drinking too much of it, at least, I had.

Why had he abandoned me? What had happened to make him change his mind about marriage? Or had he? Aidan’s silence was both disturbing and a relief. If he’d come back the next day as promised, would I have said yes or no to his proposal? The answer hadn’t come, no matter how I’d tried to make a final decision.

I picked up the wrinkled card, which Seanmhair had smoothed out, and read it over again. Disappointment, combined with anger swept over me at the way I’d been treated. The card hit the trash basket and I returned to work. I had orders to fill, and presents to shop for. There was no time to feel misused, insecure, or angry. As far as I was concerned, those were negatives that weren’t part of my lifestyle.

Seanmhair stayed busy, while I figured out what breads and rolls to make for Mr. Gallagher’s party. Scribbled notes lay next to the various cookbooks littering the stainless steel worktable. Satisfied with the variety, I added focaccia to the list and pinned it to the office wall.

I heard, rather than saw, Samantha Carter stumble into the kitchen. Tall and clumsy, the middle-aged woman was a dear. Her angular features and tightly secured graying hair were softened by her wide smile that made everyone she met smile in return.

“Glad you’re here, Samantha,” I called to her.

“The traffic is hellish today,” she grumbled as she clomped into the alcove. Her height alone overshadowed me, let alone her wide-shouldered frame.

With a grin, I said, “Sean had the same issue this morning.”

I’d no sooner mentioned her, when Seanmhair entered the room. Space was tight and made all the more so when a plump woman and a tall, broad woman crowded into the cramped office space with me. I shooed them away and breathed in relief when they’d backed out.

“Melina, you need more space for an office,” Samantha remarked.

“If only that could be done.” I laughed. “Where would I put the ovens?”

“Point taken,” she said with a grin.

“We’re down to a dozen flatbreads,” Seanmhair informed me while she donned her hat and coat. “The rest is in pretty good standing. You should be okay for the remainder of the day.”

“Great, thanks, Sean,” I said and kissed her cheek.

“We’ll finish that talk tomorrow,” she said with a sly glance.

Her eyes narrowed, Seanmhair gave me a serious look. “You know which talk.” She slid her handbag onto her arm and gave me a smile before she left.