Read The Final Move Beyond Iraq: The Final Solution While the World Sleeps Online

The Final Move Beyond Iraq: The Final Solution While the World Sleeps 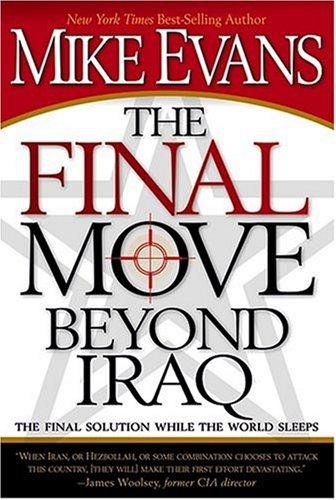 This book or parts thereof may not be reproduced in any form, stored in a retrieval system, or transmitted in any form by any means—electronic, mechanical, photocopy, recording, or otherwise—without prior written permission of the publisher, except as provided by United States of America copyright law.

Scripture quotations marked
KJV
are from the King James Version of the Bible.

This book does not necessarily represent the views of any single person interviewed in its entirety.

T
his book is dedicated to the brave men and women who have paid the price in Iraq, and to their families, whose pride in America’s new generation of heroes knows no bounds. More than 22,401 have been wounded and more than 3,000 have been killed while fighting the global jihadists in Iraq to secure our freedom from terror at home.

To my dear friend Rick Killian, I can only say thank you for the hours invested in helping with this project. I wish to thank Arlen Young, whose assistance with this book was incalculable, and my executive administrator, Lanelle Young, for her invaluable assistance.

A very special thank you to Rick, Debby, and Clara Massie, who believed in this project from its inception, and especially to Rick, who traveled into battle with me in Israel during the Lebanon conflict so this story could be told. My sincere gratitude to Lee Roy and Tandy Mitchell, who hosted the first national event in support of the television special in their home.

Finally, a book project of this magnitude demands a grueling work schedule. Most of all, I’m indebted to my beloved wife, Carolyn. Without her patience, compassion, encouragement, and sacrifice, there would be no possible way I could have achieved this.

PART ONE: THIS PRESENT STRUGGLE

Chapter One
A Prophetic Storm Gathers

Chapter Three
What the Future Holds

Chapter Four
The Centers of Gravity

PART TWO: THE FINAL SOLUTION WHILE THE WORLD SLEEPS

Chapter Eight
The Rise of Islamofascism

Chapter Ten
The Battle for the Soul of America