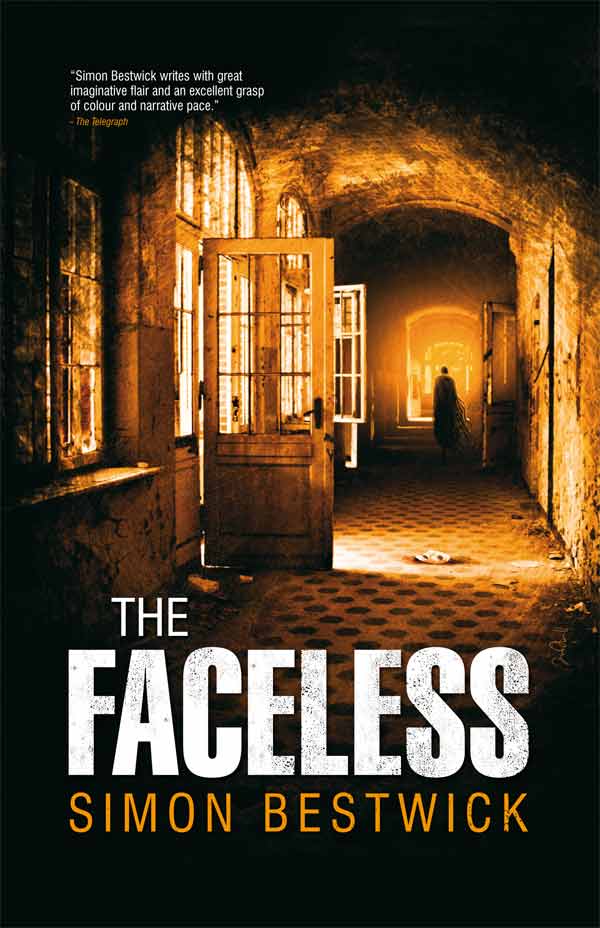 Only the dead have seen the end of war.

an imprint of Rebellion Publishing Ltd,

The right of the author to be identified as the author of this work has been asserted in accordance with the Copyright, Designs and Patents Act 1988.

All rights reserved. No part of this publication may be reproduced, stored in a retrieval system, or transmitted, in any form or by any means, electronic, mechanical, photocopying, recording or otherwise, without the prior permission of the copyright owners.

Tomes of The Dead: Tide of Souls

Pictures of the Dark

Angels of the Silences

There are quiet rooms here. There is less sound to shut out now than ever, but these were built for stillness, and a certain kind of intimacy. In one such room are two leather-upholstered chairs. The leather is cracked now, the wood rotted; the air of the North is not kind to such things. Here men rocked, twitched and stammered, or fitted bodies contorted by paralysis into the least painful postures they could find as they tried to speak of unspeakable things. On the floors above, the patients’ rooms are bright and airy; this was, once, a place of healing. The view from the windows, grimed and foxed though they are, shows the now-overgrown lawn; beyond that lies woodland and beyond that, rolling moors and hills. A fine view, to be sure. Even though it’s cut into sections by the bars across the windows.

A
RMISTICE
D
AY IN
Kempforth, an old mill-town high in the Lancashire hills. Terraced houses of biscuit-coloured stone; blunt ugly high-rise flats; brutalist council offices like relics of Stalin’s Russia. Tall detached Victorian houses at the edge of town; beyond them, the craggy rolling moorland, scrawled with naked trees warped sideways by an unrelenting wind.

Eleventh of November; eleven am.

The Town Hall clock struck the hour. A small crowd, silent, round the High Street Cenotaph. At the front, a row of old men, medals polished; bronze and silver gleamed dully in the rain. All wore a red poppy; wreaths of them lay round the memorial’s base. The only sounds: the wind’s moan, the growl of distant cars. Dead leaves; horizontal rain.

The two minutes ended. A bugle sounded the Last Post. Brief words of prayer were spoken. The plea to remember, unheeded year on year.

The crowd was gone; just another day. Work or the dole. Living high on the hog or scraping for coins. And the wars continued, big and small.

T
HE LIVING ROOM
of an Alma Street terrace. The reek of stale cigarette smoke, cheap air-freshener, old chip-fat. An ashtray brimming on the coffee table. Grimy, threadbare carpet. The babble of the TV, volume down low.

“Sorry, love.” He sounded drained, like
he’d
been the one working all day. “Forgot.”

“Forgot–” Eva closed and opened her eyes. “All I asked you to do was boil a few spuds and grill some bangers. Not rocket science, is it?”

“I’m
sorry
.” Martyn stood head down, like a kid getting rollicked; the patch where his hair was thinning showed. “Just leave it, alright?”

“No, I won’t leave it, Martyn. I always bloody leave it. I’m not, this time.” The words were out before she could stop them. “What do you
do
here all day?”

“Pick Mary up from school.”

“Like I did every day before I went full-time? What you want, a medal?”

He looked up, jaw clenched. “Not my fault I got laid off.”

Eva breathed out through her nose.

“Never said it was.”

“Just said, don’t tell us what I think.”

“And I’m ruddy working.” He looked down. “So come on, what
did
you do today? Wasn’t the housework, wasn’t the tea, so just what did you bloody
do
?”

“And who’s paying the mortgage right now? Eh?” She’d seen two friends lose their homes, unable to keep up payments. That wouldn’t happen to them, not while she had breath. “I’m working my arse off, Martyn. All I’m asking for is some flipping help.”

“Don’t. Just don’t.” He spread shaking hands towards her.

He flinched back, looked away. His hands became fists, then opened. “Don’t take the piss. Just leave it. Leave it.” His voice had risen. He was shaking.

“Don’t tell us to keep it down in me own house.”

A dull, sick ache formed in her gut. She wanted to shout. Didn’t. Did nothing, said nothing. Didn’t trust herself. The living room door was ajar; Eva went and pushed it shut.

He shook. A long, rattling breath escaped him. He slumped into one of the armchairs. It was like watching the air go out of something, seeing it collapse. She started towards him, stopped. He didn’t answer. “Martyn...” She closed her eyes. “You’ve got to get help.”

His eyes flicked up towards her, scared and wounded. “What’s that supposed to mean? There’s nowt wrong with me.”

“Love, we both know that’s bollocks.”

His breath went in and out through his teeth. “So... what? I’m a fucking nut-job now?”

He was shaking. She wanted to shout. Didn’t. Did nothing, said nothing. Didn’t trust herself. Until, finally:

“What?” He looked up at her again. Christ, that look in his eyes – scared, lost. Like a sheep. When did he get like that?

“Oh.” He looked down again. “Right. Forgot.” But he looked relieved as well. She couldn’t leave him; he wouldn’t last a week on his tod. But something had to give. There was Mary to consider.

“Just get the dinner on for Mary,” she said at last.

“I’ll grab something on the way.”

“You... you could knock it on the head, just for tonight. Stay in.”

“And do what?” They hadn’t even shagged in four months. He couldn’t. But she couldn’t say that. Too cruel. “No. That’s the
last
thing I need right now.”

She opened the living room door.

Her eyes flicked to the wedding photo on the mantelpiece: Martyn grinning and straight-backed, without the belly he’d grown. That was all they’d needed. The way he’d looked at her – still did – was enough: there was pure bloody worship in his eyes. She’d never seen that before.
My big bear
. She’d married that, not this slumped thing in the armchair.

Anna. She’d give Anna a bell. She was a bit funny, but she was bright. And she’d want to help her brother. Anna’d know what to do.

“Just look after Mary,” she said, and pulled the living room door shut behind her. Music came from upstairs. Mary’s room. At least she hadn’t heard all
that
. Or maybe she’d been crouched on the landing and she’d heard the lot. No way to be sure. Eva breathed, slow and deep, checked her eyes for excess redness in the hall mirror, and climbed the stairs.

On a corner, a bulky, headscarfed woman said “
Big Issue
, please,” over and over; it might be the only English she knew. Four white lads in hoodies and jogpants pushed past; one said something. She looked away. Tension filled the air like static as they neared the Asian men, then dispersed as they passed. Anna breathed out.

No goths or moshers here; no-one different. Thugs had kicked a goth girl to death in a nearby town only a few years before. This part of Lancashire didn’t welcome strangers. Ranks closed, lines were drawn; if necessary, fists were clenched. Home-grown misfits weren’t liked either. But for better or worse, this was home; where she’d fled when all else fell apart. If she hid who she was, she was safe. She didn’t like doing that, but she couldn’t just think of herself.

She never liked being out on her own in Kempforth; she longed for her little ‘study’ – Dad’s old loft extension – sat at the computer with a coffee close to hand, Arvo Pärt on the CD player, opening her files and reviewing her notes on Ash Fell. Well, what else would fascinate her here, but what Kempforth closed its ranks around and tried to hide?

Her mobile rang. Anna closed her eyes, sighed. Briefly she considered ignoring it. But of course that wasn’t an option.

“Hello?” Static hissed; voices murmuring in the background. Must be a crossed line. “Hello?”

“I’m really getting worried now. I know it’s been a rough few months–”