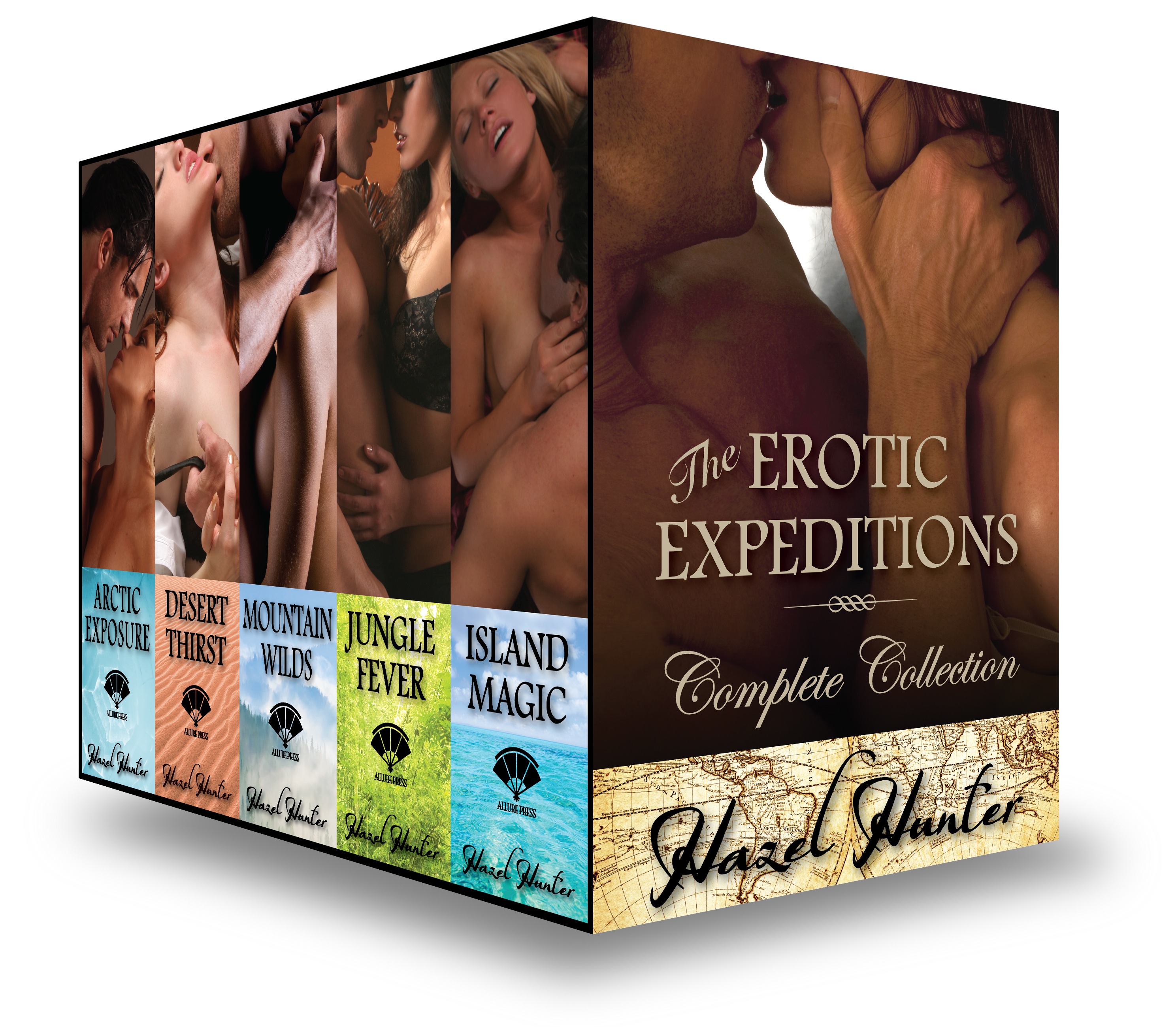 Note from the Author

Emily took aim and fired off a few shots. The shutter chattered quietly as the camera recorded the images. If she wasn’t careful, she’d need to swap out the memory card soon. She snapped just a few more.

Austin had
no idea
how good looking he was.

He was putting the finishing touches on the igloo and was finally oblivious to her. It’d taken the better part of the day but he had stopped hearing the camera. Most of the time her subjects began to ignore the tool of her trade much sooner but he was different. He seemed to be conscious of everything she did.

The Alaskan sun beat down on the icy plateau as it stretched away to the horizon. In the distance to the west, the dark blue ocean glittered brightly. In every other direction, white dominated. Though Austin had said they were near the banks of a river that flowed to the sea, it was frozen. To the east and north, mountains jutted upward but they were white as well. Silky tendrils of ice and snow drifted from their peaks, parallel to the horizon, evidence of the extreme winds at those altitudes. It was a land of harsh conditions but stark beauty and one of the reasons that Emily was known for these types of cold weather assignments–she enjoyed the challenge and the majestic views.

Austin was an unexpected bonus.

He’d taken off the traditional sealskin parka an hour ago. As he sawed, lifted and stacked the blocks of ice, he was working up a sweat–and a sweat could be deadly in a cold environment. Once you stopped exerting yourself, the moisture would quickly evaporate, taking away an enormous amount of precious heat. Traditionally, the Inuit would have worn two sealskin parkas in the winter but Austin had decided to wear one and use underwear to wick away any moisture. At this point, he was down to the traditional leggings and a grey, long-sleeved, polyester t-shirt–a tight one. She rotated the barrel of the huge lens and zoomed in. As he turned toward her, he hefted the latest block onto his shoulder.

She smiled, still mesmerized by the show. As he raised his arms, his pectorals bunched and mounded. Then his rib cage lifted to showcase his slim waist. His muscular arms held the block in place on a single thick and broad shoulder.

He must lift weights.

Click. A single shot that time. She zoomed in again. The shiny polyester hid nothing. Although all that muscle mass was generating heat, his nipples said that it was cold.

Suddenly she realized he wasn’t moving. She zoomed out. He was staring at her.

She immediately lowered the camera and felt her face flush hot, even in the freezing air.

“Did you want to get a picture of this from inside?” he said. “It’s the last block.”

Her boots quickly crunched over the ice and thin layer of accumulated snow. As she passed in front of him, she glanced up. He was a little over six feet tall but his fresh face and sweet voice said he was barely out of childhood, still in his teens. The high cheeks and radiant dark eyes were magnetic but it was his full lips that made him seem tender. He smiled shyly as she passed and she looked down rather than stare. He had to be at least seven or eight years her junior which, at his age, was a lot.

She got down on her hands and knees and crawled through the semi-subterranean entrance.

“Let me know when you’re ready,” he called from outside.

She would have loved to do exactly that. As she stood and looked at the hole in the center of the dome, she sighed and brought the camera up. It had become her way of relating to the world. Although she’d like to say something to him–or anyone, for that matter–she knew that was just a fantasy. The only two things that she’d really mastered were taking photographs and keeping men at arm’s length.

She quickly assessed the interior shot. A wider angle lens would work best–maybe even a fisheye. To start, though, she’d need something that could zoom. She went to the camera bag, selected the 17-35 mm, and swapped it for the telephoto.

She saw his shadow fall across some of the chinks in the igloo and could see his outline through the translucent and blue light that filtered through the ice. The perfect triangle of his upper body loomed large as the last block landed with a thud, about halfway up the dome. Tiny crystals of ice rained down, sparkling like glitter. She quickly raised the camera, reframed the shot, and pressed the shutter. Then she heard the scraping of ice on ice as he pushed the block up the dome.

“Here it comes,” he called. “Don’t stand right under it.”

She backed up a pace. As the block appeared at the lip of the hole, it teetered and then dropped. She pressed the shutter down and snapped a series of pictures. Like the last piece of a puzzle, it fell into place with a grinding thunk.

She lowered the camera and looked around. Were it not for the lowered floor, she’d have to duck. He had excavated that first. Then he’d moved their backpacks and the animal skin rugs to the interior as well.

“In a storm,” he’d explained. “We could still take shelter behind the walls, even if the dome wasn’t complete.”

Even at his age, he was an expert at ice survival. Half Inuit, he’d both learned and lived the old ways. Condé Nast had given her the whale hunt assignment and selected him as her point of contact in the small village up the coast. It was obvious from his knowledge why. He would also be part of the hunt in a few days, so there’d be continuity and a story in the photos.

She heard a noise at the entrance and watched him crawl through. He’d put the sealskin back on. At her suggestion, he’d dressed in traditional gear for most of the igloo building but he’d brought regular clothes as well. He stood and brushed off his hands. Even stooped, his head touched the dome, the dark black hair in stark contrast to the ice. She realized he had a small saw in his hand, which he now inserted in a seam next to the last block. She raised the camera and started shooting.

The ice block had stopped a few inches short of being flush with its neighbors and, as he worked on its edges, it finally sank into its slot. He surveyed his work, touching it and pushing on it. He seemed satisfied.

The construction of an igloo was something she’d always wanted to see in person. As often as she’d done cold environment shooting, it’d always been a high tech affair. The indigenous survival angle was a new one for her. The beauty of it was something she hadn’t expected.

The sunlight that managed to penetrate the dome, mostly at the edges of the blocks, was the purest light blue. It wasn’t the color of the sky, though, which she could see through the air hole. The light was the color of ice. Her photographer’s eye said it was a blue with very little green. It was like being underwater or maybe in a bubble. Even the centers of each block passed a little light–a translucent milky white that glowed. She took a moment to frame a few shots.

“I’ll light the
kudlik
,” he said, as he bent and zipped open a canvas sack. “That way, after we look at the river, you can see how warm the interior of one of these can be.”

“The
kudlik
?” she said, as she knelt down in place and raised the camera.

“The oil lamp,” he said. “Lamp and heater, really.” He took out a shallow, crescent-shaped trough that was made of a smooth dark stone. Then he removed a sealskin pouch and squeezed something that looked like pale raw meat into the trough.

“Mashed seal blubber,” he said, as she snapped a few photos. “You get used to the smell.”

There was a definite fish odor but luckily, Emily liked fish.

He lined the entire tray with the blubber, about two feet in length, tucking it into the corners at the ends and gently teasing some onto the front lip of the trough.

He fetched a small leather pouch and untied the drawstring at the top. He held it out to her so she could look inside.

“This is what I’ll use for the wicks,” he said. “We call it Arctic cotton but really it’s sea moss.”

It looked amazingly like cotton and the tips of his fingers delicately pinched small tufts of it into flat pieces that he pushed gently into the blubber all along the lip of the trough.

“You can’t make it too wet with oil or it’s hard to light,” he said. “We just want to get the flame started.”

He removed a plastic lighter from his chest pocket.

“I’ll skip the traditional fire-starting so we can get going.”

As he lit each of the wicks, the
kudlik
slowly blazed to life with bright yellow flames that danced along its entire length.

He pocketed the lighter and went over to the pile of animal skins. He unfolded one and threw it on the floor, as though he were casting a net. The shutter quietly snapped at a furious rate.

He did the same with a few more, covering the entire interior, except for where the
kudlik
lay. Then, with some amount of ceremony, he unfolded an animal skin that Emily finally recognized.

“Polar bear?” she said, still looking through the lens.

“Yep,” he said, holding it up for her to see. “They’ve been in my family for generations.”

She snapped a few more shots and then he unfolded two more, as she lowered the camera. If they were going to see the frozen river and then come back, the change in light might reveal something interesting. She’d shoot the interior and exterior again when they returned.

He stood with hands on hips and nodded to himself, with a small smile.

She almost brought up the camera to focus on his lips but caught herself in time.

He looked at her.

The ride on the snowmobile had been quick.

The feel of Emily’s arms wrapped around his waist was something he could get used to. Even though they both wore parkas, he thought he could feel her outline against his back. Or maybe it was his imagination, since that had been in overdrive today.

Before they’d left the igloo, he used the shovel to pack the exterior with loose snow. She was going to be amazed at how warm it was when they got back.

As they walked along the edge of the river, he kept a half-pace behind so he could watch her. Even in the cold weather gear, her hourglass shape was obvious. In the village, when she’d only worn a fleece layer, he thought his mouth might be hanging open. Heads turned all along the main street to follow her as they’d walked to the snowmobile. The blonde hair was a rarity up here but if they could have seen what he saw up close, he knew the men in town would have been following them.