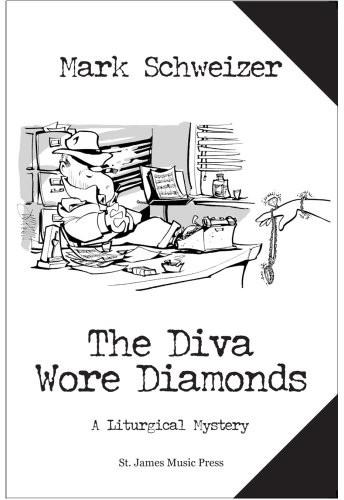 All rights reserved. No part of this publication may be reproduced, stored in a retrieval system or transmitted in any form or by any means electronic, mechanical, photocopying, recording or otherwise, without the prior written permission of the publisher.

“
Did you know Raymond Chandler wrote poetry?” Meg asked. She was sitting on the sofa, a biography of Chandler in one hand, a grilled cheese sandwich in the other, devouring them both in turn.

“
Maybe you should try penning a verse or two.”

I pushed back from the writing desk and nudged the hat back on my head. Once Raymond Chandler’s hat, but mine now. Chandler memorabilia shows up in auctions now and then. Mostly letters. Some signed pictures. Occasionally a screenplay or a manuscript. The hat was a coup. That it fit me was courtesy of my haberdasher. That I could afford it was thanks to a lot of luck and good timing. In addition to the fedora, I also owned Raymond Chandler’s typewriter, an Underwood No. 5. That it still worked was a testament to the most successful typewriter design in history. That it would work for me as well as it worked for the old wordsmith was still in question, at least as far as Meg was concerned.

“
I suggest a love poem,” said Meg. “It says here that Chandler was a romantic.”

“
Yep,” I said. “Author of the immortal line, ‘She smelled the way the Taj Mahal looks by moonlight.’”

“
Well, he was obviously in love. Besides,” I said, “I’ve written a lot of poems. Love poems.”

“
Oh, puhlease!” Meg rolled her eyes and gave Baxter the crust of her sandwich, a morsel he’d been eyeing for the better part of ten minutes. Being a dog of infinite patience and nobility, he was grateful as only a canine can be, and his tail thumped heavily against the side of the sofa. Meg scratched him behind the ears and looked over at me.

“
It’s a perfectly good love poem,” I countered. “Eileen being your middle name. I couldn’t rhyme anything with ‘Megan’ except ‘vegan’ or ‘pagan,’ and you’re not either one.”

“
How about ‘Ronald Reagan?’” said Meg with a giggle.

“
Don’t talk to me now,” I said, with a dismissive wave of my hand. “I’m getting inspired.”

The typewriter stared up at me from the amber glow that the green-shaded bank light cast across the desk, its alphabet teeth grinning, anxious to resume their insistent chatter. I rolled my shoulders, shaking out some imagined stiffness, and typed out some Chandlerisms to warm up. I always found that a few well-turned phrases served to awaken the muse.

I loved the way the words looked on the page and loved knowing that I’d typed the very same sentence on the very same typewriter that Raymond Chandler had used in 1939. My fingers tingled. I put a cigar in my mouth and chomped down on it. I didn’t light it. Now that I was married, I only lit up outdoors or maybe when Meg was gone for a few days.

At three A.M. I was walking the floor, listening to Khachaturyan working in a tractor factory. He called it a violin concerto. I called it a loose fan belt and the hell with it.

“
Exactly.” I laced my fingers together, turned my palms out, stretched my arms, and cracked my knuckles in the time-honored fashion of writers everywhere.

“
The choir will be happy to get a new story,” said Meg, “as awful as it may be. It’s been over a year since the last one.” Meg could hold a conversation and read at the same time, something I couldn’t fathom. She flipped a page. “Here’s something, Hayden. Did you know that Raymond Chandler had a much older wife?”

“
I did know that. Her name was Cissy. She told him to quit writing out of the side of his mouth.”

“
I shall not bother to point out the obvious similarities between Cissy’s unfair criticism and another wife who shall remain beautiful but nameless.”

“
Not the same thing at all,” said Meg. “Chandler was a good writer. You’re a bad writer.” She smiled sweetly. “See the difference?”

“
Like Big Ben on steroids.” I pulled the used paper out of the typewriter and inserted a piece of 24 lb. bond behind the roller. Then with a few clicks of the return bar, I was ready. My fingers drifted slowly down to the glass keys.

A church fire is a terrible thing. The night that St. Barnabas burned to the ground, most of the parishioners were there attending a Thanksgiving pageant. Once the fire had been discovered, it didn’t take long for everyone inside to exit and gather in the park across the street. There were those who wept, those who cursed, and those who watched silently as the old, familiar structure lit the clear November sky, then finally collapsed on itself in a holocaust of sparks, flames, and snapping timbers. The volunteer fire department had done its best, but was chiefly concerned with keeping the inferno from consuming the rest of the downtown square. The firemen did a heroic job, working far into the night, and the newly-elected mayor of St. Germaine, Cynthia Johnsson, gave them all commendations at the next town meeting.

Mercifully, the church was all that burned. Not a soul was hurt—no one we could find, anyway. Collette, Dave Vance’s ex-fiancée, had disappeared, but we had to assume that she went back to Spartanburg. Nobody looked too hard.

In the nineteen months that followed the fire, a lot had happened in our little village. This is the way of all small towns, and St. Germaine, North Carolina, is no exception. Babies are born, people marry, old folks die, children grow up, businesses open and close, families come and go, and everyone knows everyone else’s business. The grapevine in a small town is something that cannot be overestimated, and the grapevine was in full flower on this summer morning.

“
Hayden, did you hear about Bud?” asked Noylene, filling my coffee cup for the third time in as many passes, at the same time balancing two plates of pancakes and a Pete’s Breakfast Special up her free arm.

“
Enlighten me,” I said, picking up one of the made-from-scratch biscuits, splitting it with my butter knife, and layering it with homemade cherry preserves.

“
He’s got a scholarship to Harvard!”

Pete, inventor of Pete’s Breakfast Special and the owner of the Slab Café, rolled his eyes.

I took a bite of the biscuit and chased it down with a sip of coffee. “Harvard? You don’t say. Good for him.”

“
Wait till I tell Wormy.” Noylene scuttled off to deliver the rest of her orders.

“
An hour ago, it was Georgetown,” said Pete. “Before that, UNC Chapel Hill. What’s the real story?”

“
Davidson College,” I said. “No scholarship, but he got in. He’s heading out in the fall.”

“
Good for him,” said Pete. “Did he get a good financial aid package?”

Bud was the eldest of the McCollough children, all of them named for the thing that their father, PeeDee, loved more than life itself: beer. After Bud came Pauli Girl, now almost seventeen and as beautiful as her mother, Ardine, must have been in her youth, before life in the hills wore her down. Last in line to the McCollough fortune, a fortune consisting of a single-wide trailer and PeeDee’s old pick-up truck, was ten-year-old Moose-Head, Moosey for short. He was easily identifiable to everyone in town by his mop of hair, his old-fashioned pair of high-top Keds, and the fact that he was always moving at the speed of a hummingbird. He’d gotten a pair of glasses last fall, after Ardine finally managed to get him in to see the optometrist.

Ardine had raised the three kids by herself ever since PeeDee had disappeared some ten years ago. PeeDee was an abusive husband and father, and everyone agreed to pretend that he’d run off with some floozy he’d met at the truck stop down on State Road 321. In fact, he was now probably food for worms somewhere up in Bucksnort Holler. Ardine was not a woman to mess with, and the whispers were that, after Moosey was born, she’d had just about all she wanted of PeeDee McCollough.

I shrugged. “He’s got a couple years of a liberal arts curriculum to do first. Then he’s thinking about an interdisciplinary major. That’ll probably change. Most kids don’t end up where they start.”

“
That’s for sure,” said Pete. “I started in pre-med. Now, here I am, the owner of this fine eating establishment.”

He gestured around the Slab Café. The corner diner on the town square featured a long countertop adorned with sugar shakers, ketchup bottles, salt and pepper shakers and a couple of covered cake plates. Six swivel-stools were bolted into the floor in front of the counter. Eighteen-inch black and white squares of linoleum covered the floor in a checkerboard pattern from the front door to the kitchen. In the center of the restaurant were several tables covered with tablecloths and flanked by wooden chairs. Four booths on the far wall completed the customer seating. The fabric of choice, seat cushions to tablecloths, menu covers to place-mats, was Naugahyde. Red Naugahyde. Decor courtesy of Noylene Fabergé-Dupont, the early-morning waitress and owner of “Noylene’s Beautifery, an oasis of allurement, Dip-N-Tan by appointment only.”

I laughed. “I remember that you didn’t last a semester in pre-med.”

Pete shrugged and took a sip of his coffee. “I could have done it,” he said. “Brain surgery is nothing compared to running a profitable diner.”

Curveball by Jen Estes
His to Protect by Alice Cain
Romance Extremo by Alvaro Ganuza
HAWK: MC ROMANCE (Forsaken Riders MC Romance Book 5) by Samantha Leal
Bidding on Brooks: The Winslow Brothers #1 by Katy Regnery
The Diehard by Jon A. Jackson
Two Tall Tails by Sofie Kelly
Spitfire Sweetheart: A Four Weddings and A Kiss Novella by Mary Connealy
The Secret of Shadow Ranch by Carolyn G. Keene
Darkfall by Denise A. Agnew