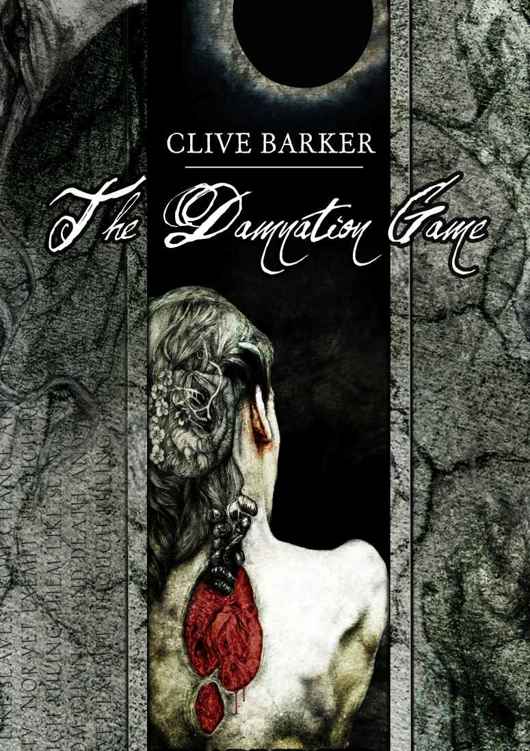 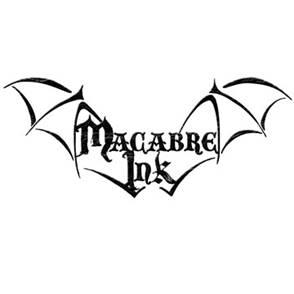 Macabre Ink is an imprint of Crossroad Press

This eBook is licensed for your personal enjoyment only. This eBook may not be re-sold or given away to other people. If you would like to share this book with another person, please purchase an additional copy for each person you share it with. If you’re reading this book and did not purchase it, or it was not purchased for your use only, then you should return to the vendor of your choice and purchase your own copy. Thank you for respecting the hard work of this author. 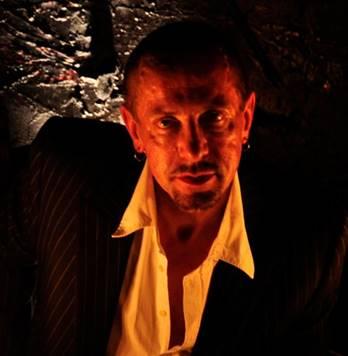 “A
visionary, fantasist, poet and painter, Clive Barker has expanded the reaches of human imagination as a novelist, director, screenwriter and dramatist. An inveterate seeker who traverses myriad styles with ease, Barker has left his indelible artistic mark on a range of projects that reflect his creative grasp of contemporary media—from familiar literary terrain to the progressive vision of his Seraphim production company. His 1998 “
Gods and Monsters
,” which he executive produced, garnered three Academy Award nominations and an Oscar for
Best Adapted Screenplay
. The following year, Barker joined the ranks of such illustrious authors as Gabriel Garcia Marquez, Annie Dillard and Aldous Huxley when his collection of literary works was inducted into the Perennial line at HarperCollins, who then published
The Essential Clive Barker
, a 700-page anthology with an introduction by Armistead Maupin.

Barker began his odyssey in the London theatre, scripting original plays for his group
The Dog Company
, including “
The History of the Devil
,” “
Frankenstein
in Love
” and “
Crazyface
.” Soon, Barker began publishing his
The Books of Blood
short fiction collections; but it was his debut novel,
The Damnation Game
that widened his already growing international audience.

Barker shifted gears in 1987 when he directed “
Hellraiser
,” based on his novella
The Hellbound Heart
, which became a veritable cult classic spawning a slew of sequels, several lines of comic books, and an array of merchandising. In 1990, he adapted and directed “
Nightbreed
” from his short story
Cabal
. Two years later, Barker executive produced the housing-project story “
Candyman
,” as well as the 1995 sequel, “
Candyman 2: Farewell to the Flesh.
” Also that year, he directed Scott Bakula and Famke Janssen in the noir-esque detective tale, “
Lord of Illusions.
”

Barker’s literary works include such best-selling fantasies as
Weaveworld
,
Imajica
, and
Everville
, the children’s novel
The Thief of Always
,
Sacrament
,
Galilee
and
Coldheart Canyon
. The first of his quintet of children’s books,
Abarat
, was published in October 2002 to resounding critical acclaim, followed by
Abarat II: Days of Magic, Nights of War
and
Arabat III: Absolute Midnight
; Barker is currently completing the fourth in the series. As an artist, Barker frequently turns to the canvas to fuel his imagination with hugely successful exhibitions across America. His neo-expressionist paintings have been showcased in two large format books,
Clive Barker, Illustrator
, volumes I & II.”

You can find more information on the author and his work:

Check out our blog and

Subscribe to our Newsletter for the latest Crossroad Press News

Join our group at
Goodreads

We hope you enjoy this eBook and will seek out other books published by Crossroad Press.  We strive to make our eBooks as free of errors as possible, but on occasion some make it into the final product.  If you spot any problems, please contact us at
[email protected]
and notify us of what you found.  We’ll make the necessary corrections and republish the book.  We’ll also ensure you get the updated version of the eBook.

If you’d like to be notified of new Crossroad Press titles when they are published, please send an email to
[email protected]
and ask to be added to our mailing list.

If you have a moment, the author would appreciate you taking the time to leave a review for this book at whatever retailer’s site you purchased it from.

Thank you for your assistance and your support of the authors published by Crossroad Press.

From chance, and death, and mutability.

Hell is the place of those who have denied;

They find there what they planted and what dug.

A Lake of Spaces, and a Wood of Nothing,

And wander there and drift, and never cease

T
he air was electric the day the thief crossed the city, certain that tonight, after so many weeks of frustration, he would finally locate the card-player. It was not an easy journey. Eighty-five percent of Warsaw had been leveled, either by the months of mortar bombardment that had preceded the Russian liberation of the city, or by the program of demolition the Nazis had undertaken before their retreat. Several sectors were virtually impassable by vehicle. Mountains of rubble—still nurturing the dead like bulbs ready to sprout as the spring weather warmed—clogged the streets. Even in the more accessible districts the once-elegant facades swooned dangerously, their foundations growling.

But after almost three months of plying his trade here, the thief had become used to navigating this urban wilderness. Indeed, he took pleasure in its desolate splendor: its perspectives tinged lilac by the dust that still settled from the stratosphere, its squares and parkways so unnaturally silent; the sense he had, trespassing here, that this was what the end of the world would be like. By day there were even a few landmarks remaining—forlorn signposts that would be dismantled in time—by which the traveler could chart his route. The gas works beside the Poniatowski Bridge was still recognizable, as was the zoo on the other side of the river; the clock-tower of Central Station showed its head, though the clock had long since disappeared; these and a handful of other pockmarked tributes to Warsaw’s civic beauty survived, their trembling presence poignant, even to the thief.

This wasn’t his home. He had no home, nor had for a decade. He was a nomad and a scavenger, and for a short space Warsaw offered sufficient pickings to keep him here. Soon, when he’d recovered energies depleted in his recent wanderings, it would be time to move on. But while the first signs of spring murmured in the air he lingered here, enjoying the freedom of the city.

There were hazards certainly, but then where were there not for a man of his profession? And the war years had polished his powers of self- preservation to such brilliance that little intimidated him. He was safer here than the true citizens of Warsaw, the few bewildered survivors of the holocaust who were gradually beginning to filter back into the city, looking for lost homes, lost faces. They scrabbled in the wreckage or stood on street corners listening to the dirge of the river, and waited for the Russians to round them up in the name of Karl Marx. New barricades were being established every day. The military were slowly but systematically reclaiming some order from the confusion, dividing and subdividing the city as they would, in time, the entire country. The curfews and the checkpoints did little to hobble the thief, however. In the lining of his well-cut coat he kept identification papers of every kind-some forged, most stolen-one of which would be suitable for whatever situation arose. What they lacked in credibility he made up for with repartee and cigarettes, both of which he possessed in abundance. They were all a man needed-in that city, in that year-to feel like the lord of creation.

And such creation! No need here for either appetite or curiosity to go unsatisfied. The profoundest secrets of body and spirit were available to anyone with the itch to see. Games were made of them. Only the previous week the thief had heard tell of a young man who played the ancient game of cups and ball (now you see it, now you don’t) but substituted, with insanity’s wit, three buckets and a baby’s head.

That was the least of it; the infant was dead, and the dead don’t suffer. There were, however, other pastimes available for hire in the city, delights that used the living as their raw material. For those with the craving and the price of entry, a traffic in human flesh had begun. The occupying army, no longer distracted by battle, had discovered sex again, and there was profit in it. Half a loaf of bread could purchase one of the refugee girls—many so young they scarcely had breasts to knead—to be used and reused in the covering darkness, their complaints unheard or silenced by a bayonet when they lost their charm. Such casual homicide was overlooked in a city where tens of thousands had died. For a few weeks- between one regime and the next-anything was possible: no act found culpable, no depravity taboo.