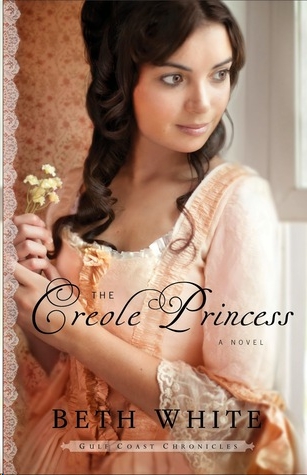 a division of Baker Publishing Group

All rights reserved. No part of this publication may be reproduced, stored in a retrieval system, or transmitted in any form or by any means—for example, electronic, photocopy, recording—without the prior written permission of the publisher. The only exception is brief quotations in printed reviews.

Scripture used in this book, whether quoted or paraphrased by the characters, is taken from the King James Version of the Bible.

The author is represented by MacGregor Literary, Inc.

Praise for
The Pelican Bride

“Fresh as a gulf breeze,
The Pelican Bride
is the perfect pairing of history and romance. Finely tuned characters and a setting second to none make this a remarkable, memorable story. Beth White’s foray into colonial Louisiana is historical romance of the highest quality.”

“Not your usual setting, not your usual historical romance—
The Pelican Bride
breaks new ground in the historical genre. Choosing to write a story set in the French colony that became Mobile, Alabama, draws the reader into a new and exciting period. I fell in love with Tristan Lanier just as Geneviève Gaillain did. Who can resist a kind but fearless heroine and a hero who refuses to be molded to fit what others think is right—when he knows what is right and will do it? A winning beginning to a new historical series.”

“Returning cruelty for cruelty is just a part of the reality of relations between European settlers and Native Americans in the brutal New World of 1704, captured with distinct detail in this fast-paced romantic adventure. Geneviève’s adherence to her faith in spite of the horror in her young life, and her influence on Tristan’s choice to truly believe, lead to a joyful ending in this series starter.”

“White’s carefully researched story, set in what would become Mobile, Alabama, is filled with duplicity, danger, political intrigue, and adventure. This unique book will appeal to a wide range of readers.”

“A fascinating and little-explored historical setting peopled with strongly defined characters and no lack of romance makes an intriguing start for White’s new series.”

“A lush and highly detailed historical setting sets an atmospheric tone for this tale of love and life in New France. The well-researched story of the Pelican girls, so named for the ship that brought them, is an unembellished look at a slice of the human experience not often told. Recommended for fans of historical fiction.”

“The characters of
The Pelican Bride
will come alive as readers get into their heads. Readers see demonstrated, in the various characters, the seven deadly sins. This book is a must-have for any historical fiction collection; few stories are written on this time period and area.”

To Debo, my lifelong mentor—
Yoda of storytelling, cake baking, cymbal playing, doll dress making, and innumerable other creative pursuits.
This one is for you.

A Word to the Reader

Sneak Peek of Book 3 in the Series

Lyse Lanier danced on bare feet along the Water Street wharf with her crab bucket bumping against her leg, face lifted to a welcome early-morning breeze off the bay. The end of a long, hot summer had brought the usual stifling humidity, warm brackish waters, and rising threat of fall storms. Still, she was glad to be outdoors, free to poke about among the shrimpers docked alongside the merchant ships, fishing boats, and ferries. She was sixteen and a woman now, no longer confined to the classroom. In fact, it might be time to put up her hair, lengthen her skirts, maybe think about practicing some of the ladylike skills other girls her age found so important.

Lifting herself to the balls of her feet, she imagined herself in a spangled gown, walking the parapet of a gilded castle, high-heeled slippers pinching her toes, corset so tight she could barely breathe.
Head high, back straight, my girl. The duke may ask you to
dance tonight.

The sunbaked odors of salt and fish and oil became the smoke of a hundred tallow candles and expensive perfumes wafting from the silken clothing of her ball guests. Landing chains creaked against
boats. Ship hulls sawed against their piers. The music of the wharf was an orchestra that flowed through her as she turned, head tipped back to follow a bank of clouds shifting across the hot summer sky.

Swaying, she closed her eyes and envisioned a young man pushing through the crowd with aristocratic authority. A clean-lined French face with serious eyes and . . . and a sword like Grandpére’s—

“Hey, girl, I want a place to spend the night. Help a sailor out!”

The rough voice dissolved her daydream like waves on a sand castle, and she whirled to scan the crowded waterfront to find its source. Market day had brought merchant ships from Havana, Pensacola, Baton Rouge, New Orleans, and ports beyond. Men of all ages, color, and social strata abounded, but few women. Few ladies, anyway, for the eastern edge of the city was home to sailors, slaves, shopkeepers, and travelers. And women of easy virtue.

Her gaze lit upon a swarthy, bearded creature leering at her over a pile of canvas near the closest pier. Dressed in sailor’s garb of ragged sailcloth, with oily curls straggling from beneath a dirty knit cap, he was a signally unprepossessing sight.

“Try Burelle’s,” she said. Pray God the quiver in her voice didn’t betray her fear.

She laughed and kept walking.

Simon had warned her this morning to take their young stepmother along. But Justine was due to deliver her fourth child any day and waddled like a cow. “I can take care of myself,” Lyse told Simon, reaching inside her bodice for the scabbard sewn into her shift. She’d jerked her little knife free to wave it under her brother’s disapproving nose, then tucked it away again before he could grab it.

Now, she
hoped
she could take care of herself.

The odor of old sweat and fish came up fast from behind. An iron grip caught her upper arm, jerking her around to face him.
“Think you’re too good for the likes o’ me, little girl? I fancy a little café au lait of a mornin’.”

She stared into the sailor’s twitchy eyes. “Matter of fact,
little
man—” the wicked point of her knife snicked beneath his chin—“I think you got me mixed up with somebody else. I’m the town barber, specializing in the extra-close shave.” Dropping the bucket, she braced to jab upward.

“Permiso,
señorita,”
came a deep voice behind her.

She jerked out of the grip of the sailor, barely noticing that he took the opportunity to melt away among the crowd, and turned to look up into a pair of sleepy brown eyes set in a good-looking olive-skinned face.

“What do you want?” She’d been looking forward to drawing a little blood, thus proving to Simon that she could protect herself.

“Eh
, pardon
.” The young man’s French was just as lazy as his Spanish. “Do you not speak Spanish?”

She switched to English. “You can apologize in any language you choose—just mind your own business.” One by one, she flicked the knife under the three ornate silver buttons adorning his waistcoat and smiled as they bounced onto the boardwalk.

“Lud, what a destructive little mite it is,” he said in English, watching the buttons roll into a crack and disappear. “Ah, well, saves me the trouble of doing them up from now on.” He gave her a lopsided grin.

“Perhaps you’d like me to cut the rest of it off you,” she said, “since dressing is such a—Hey! Give me that!”

He held her knife close to his Castilian nose and examined its beautiful carved ivory handle. “Oh, I shall. In a moment.” He tested the blade against the pad of his thumb, frowning when a thin pink line of blood welled. “My dear,” he said faintly, watching his blood drip onto the boardwalk, “perhaps you could direct me to a doctor. I seem to have injured myself with your little skiver.”

“Do
not
faint!” she gasped, looking around for help. “You’re too big for me to carry! And give me my knife!”

“Very well, if you promise not to perpetrate further damage to my wardrobe.” Sliding his arm around her shoulders, he slyly tucked the knife into its scabbard—how did he know where it had come from?—and sagged against her. “Would you be so good as to direct me to Master Burelle’s establishment? I believe he is holding a room for me.”

“Make up your mind. Do you want the doctor or the inn?”

“I want to sit down. Anywhere will do.” He closed his eyes, giving her the opportunity to admire eyelashes that would have been the envy of any debutante.

Lyse, however, refused to admire anything about him. Whoever he was. “All right, you big baby. Come along.” Grunting under his solid weight, she wheeled him toward Royal Street. “There’s a barbershop and surgery across the street from the inn.”

“Mademoiselle is too kind . . .” The young man had switched back to French, perhaps sensing it was her native language, but his deep voice maintained its languid, sibilant Spanish cadence. “I regret that we have not been properly introduced. I am Don Rafael Maria Gonzales de Rippardá, merchant of New Orleans, at your service.”

“I would say, rather, that it is I at
your
service.” She looked up at him and caught a mischievous dimple creasing one lean cheek. “Oh, you are such a faker!” She dipped out from under his arm. “What a fuss for such a little bit of blood.”

He gave her a wounded look. “Mademoiselle, it is not so! Every drop of one’s blood is infinitely precious!”

“How do you know I am
mademoiselle
and not
madame
? Hm? You are very forward, for a stranger to our city.”