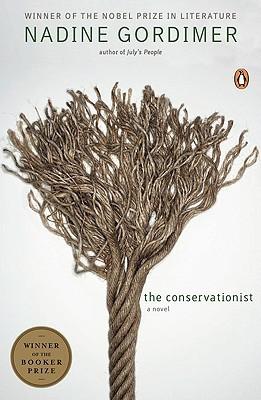 FOR MORE WORKS BY NOBEL PRIZE-WINNER NADINE GORDIMER, LOOK FOR THE PENGUIN

Nadine Gordimer is the author of thirteen novels, most recently
Loot and Other Stories
(2004), nine volumes of stories, and three nonfiction collections. She was awarded the Nobel Prize in Literature in 1991. She lives in Johannesburg, South Africa.

Published in the United States by arrangement with Alfred A. Knopf, Inc.

Prose quotations are from the Reverend Henry Callaway’s
The Religious System of the Amazulu: Dealing with Unkulunkulu, or the Tradition of Creation; Amatonga, or Ancestor Worship; Izinyanga Zokubula, or Divination; and Abatakato, or Medical Magic and Witchcraft,
originally published by the Springdale Mission Press; acknowledgement is made to the facsimile edition published by C. Struik (Pty) Ltd, Cape Town, 1970. Acknowledgement is made to Richard Shelton for permission to quote part of his poem ‘The Tattooed Desert’, first published in
The New Yorker
(copyright © The New Yorker Magazine, Inc., 1970) and subsequently included in Mr Shelton’s collection of poetry
The Tattooed Desert
(University of Pittsburg Press, 1971).

Prose quotations are from the Reverend Henry Callaway’s
The Religious System of the Amazulu
, dealing with Unkulunkulu, or the Tradition of Creation; Amatonga, or Ancestor worship; Izinyanga Zokubula, or Divination; and Abatakato, or Medical Magic and Witchcraft, originally published by the Springdale Mission Press. Acknowledgements are made to the facsimile edition published by C. Struik (Pty) Ltd, Cape Town, 1970.

Swaying over the ruts to the gate of the third pasture, Sunday morning, the owner of the farm suddenly sees: a clutch of pale freckled eggs set out before a half-circle of children. Some are squatting; the one directly behind the eggs is cross-legged, like a vendor in a market. There is pride of ownership in that grin lifted shyly to the farmer’s gaze. The eggs are arranged like marbles, the other children crowd round but you can tell they are not allowed to touch unless the cross-legged one gives permission. The bare soles, the backsides of the children have flattened a nest in the long dead grass for both eggs and children.

The emblem on the car’s bonnet, itself made in the shape of a prismatic flash, scores his vision with a vertical-horizontal sword of dazzle. This is the place at which a child always appears, even if none has been in sight, racing across the field to open the gate for the car. But today the farmer puts on the brake, leaves the engine running and gets out. One very young boy, wearing a jersey made long ago for much longer arms but too short to cover a naked belly, runs to the gate and stands there. The others all smile proudly round the eggs. The cross-legged one (wearing a woman’s dress, but it may be a boy) puts out his hands over the eggs and gently shuffles them a little closer together, letting a couple of the outer ones roll back into his palms. The eggs are a creamy buff, thick-shelled, their glaze pored and lightly speckled, their shape more pointed than a hen’s, and the palms of the small black hands are translucent-looking apricot-pink. There is no sound but awed, snuffling breathing through snotty noses.

He asks a question of the cross-legged one and there are giggles. He points down at the eggs but does not touch them, and asks again. The children don’t understand the language. He goes on talking with many gestures. The cross-legged child puts its head on one side, smiling as if under the weight of praise, and cups one of the eggs from hand to hand.

The baby at the gate is still waiting. The farmer goes back to the car, switches off the ignition, and walks away in the direction he has driven from. He has left the road and struck out across the veld, leaping the dry donga to land with a springy crackle on dead cosmos and khaki-weed that bordered it last summer. Over the hard ground his thick rubber soles scuff worn scrubbing-brushes of closely-grazed dead grass. He is making for the compound; it is up beside the special paddock where the calves are kept at night. But the neat enclosure with oil drums cut in two to make feed troughs is empty; no one is about. From a line of rooms built of grey breeze-blocks the sound of radio music winds like audible smoke in the clean fine morning: it’s Sunday. A woman appears from behind the lean-tos of wire and tin that obscure or are part of the habitations. When she sees him approach, she stands quite still, one of those figures with the sun in its eyes caught in a photograph. He asks where the chief herdsman is. Without moving, but grimacing as if she strains to hear, she makes an assenting noise and then answers. He repeats what she has said, to be sure, and she repeats the assenting noise, long and reassuring, like the grunting sigh of a satisfied sleeper. Her gaze steers his back in the direction she has indicated.

He is crossing a lucerne field. The last late cutting of autumn must have been made some time that week; although the shrivelled scraps that remain (dirt-rolls rubbed between finger and thumb, or bits of bust balloon) have lost their clover-shapes and faded to grey-green, underfoot they give out now and then a sweetish whiff of summer - breath from the mouth of a cow, or the mouth of a warm sleepy woman turned to in the morning. Involuntarily he draws it deep into his lungs and it disappears into a keener pleasure, the dry, cool and perfect air of a high-veld autumn which, shut up in the car that carried with it the shallow breath of the city, he has not yet taken. Not this morning, not for a week. As the air plunges in him, his gaze widens and sweeps: down along the river the willows have gone blond, not yet at their palest, combed out into bare strands, but still lightly spattered and delicately streaked with yellowed leaves. Around them is a slight smudgy ambience, a mauvish-smoky blend between their outline and the bright air...

A whole clutch of guinea fowl eggs. Eleven. Soon there will be nothing left. In the country. The continent. The oceans, the sky.

Suddenly he sees the figure of the black man, Jacobus, making for
him
. He must have come out of the mealies on the other side of the road beyond the lucerne and is lunging across the field with the particular stiff-hipped hobble of a man who would be running if he were younger. But it’s he who’s looking for Jacobus; there’s a mistake somewhere - how could the man know already that he is wanted? Some semaphore from the kraal? The farmer gives himself a little impatient, almost embarrassed snigger — and continues his own progress, measuredly, resisting the impulse to flag the man down with a wave of the hand, preparing in his mind what to say about the guinea fowl.

Although it is Sunday Jacobus is wearing the blue overalls supplied him and although there has been no rain and none can be expected for five months, he has on the rubber boots meant for wet weather. He’s panting, naturally; but stops, as if there were a line drawn there, ten feet away from the farmer, and goes through the formalities of greeting, which include a hand-movement as if he had a hat to remove. The farmer approaches unhurriedly. - Jacobus, I was coming to find you. How’s everything? —

— No — everything it’s all right. One calf he’s borned Friday. But I try to phone you, yesterday night —

— No, the red cow’s she’s not ready. This from that young one, that ones you buy last year from Pietersburg —

Each is talking fast, in the manner of a man who has something he wants to get on to say. There is a moment’s pause to avoid collision; but of course the right of way is the farmer’s.

— Look, Jacobus, I’ve just been down at the third pasture, there —

But he has in his mind just exactly how to put it: — The children are taking guinea fowl eggs to play with. They must’ve found a nest somewhere in the grass or the reeds and they’ve taken the eggs. -

— There by the river . . . You were there? - The chief herdsman’s lips are drawn back from his decayed horse-teeth. He looks distressed, reluctant: yes, he is responsible for the children, some of them are probably his, and anyway, he is responsible for good order among the dependants of the farm workers and already the farmer has had occasion to complain about the number of dogs they are harbouring (a danger to the game birds).

— It’s not as if they needed them for food. To eat. No, eh? You’ve got plenty of fowls. They’re just piccanins and they don’t know, but you must tell them, those eggs are not to play games with. If they find eggs in the veld they are not to touch them, you understand? Mustn’t touch or move them, ever. — Of course he understands perfectly well but wears that uncomprehending and pained look to establish he’s not to blame, he’s burdened by the behaviour of all those other people down at the compound. Jacobus is not without sycophancy. - Master — he pleads - Master, it’s very bad down there by the river. I’m try, try phone you yesterday night. What is happen there. The man is dead there. You see him. — And his hand, with an imperious forefinger shaking it, stabs the air, through chest-level of the farmer’s body to the line of willows away down behind him.

— There — there — The herdsman draws back from his own hand as if to hold something at bay. His forehead is raised in three deep wrinkles.

The herdsman has the authority of dreadful knowledge. - Dead man. Solomon find it yesterday three o’clock. —

— Has something happened to one of the boys? What man? —

The herdsman’s hands go out wide in exasperation. — No one can say who is that man. - And he begins to tell the story again: Solomon ran, it was three o’clock, he was bringing the cows back. — Yesterday night, myself I try sometime five time — he holds up his spread fingers and thumb - to phone you in town. —

This time the jutting bearded chin as well as the forefinger indicate: — The man is
there
. You can see, still there, master, come I show you where is it. -

Salty Sweets by Christie Matheson
A Case of Love by Wendy Stone
Rogue's Revenge by MacMillan, Gail
Rising Up: Finding Me book 1 by J J Harper
The Winner Takes It All (A Something New Novel) by Jennifer Dawson
The Watch by Joydeep Roy-Bhattacharya
Grave Vengeance by Lori Sjoberg
Shadow of the Swan (Book Two of the Phoenix Legacy) by Wren, M.K.
Released to Rapture (Irresistible Inmate) by Jean Baker
What Hath God Wrought by Daniel Walker Howe