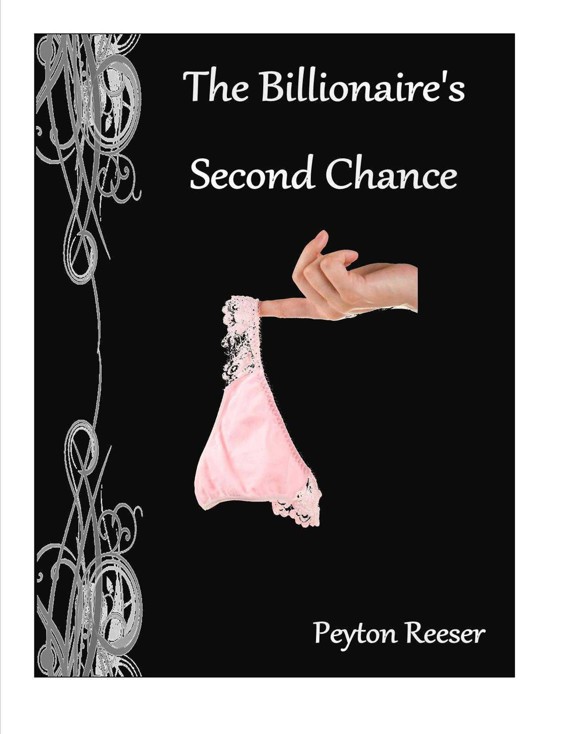 This
ebook
is licensed for your personal enjoyment only. This
ebook
may not be resold or given away to other people. If you would like to share this book with another person, please purchase an additional copy for each recipient. Thank you for respecting the work of this author.

This is a work of fiction. Any resemblance of characters to actual persons, living or
dead,
is purely coincidental. Peyton
Reeser
holds exclusive rights to this work. Unauthorized duplication is prohibited.

To the real life Nick and Shannon who remind me every day about the importance of faith, hope and love.

The room was so quiet you really could hear a pin drop.  Heavy drapes hung over a tall row of windows were drawn back to let in a bit of light on a day which had slipped far enough into twilight that deepening shadows leant a further air of silence to the room making the atmosphere of total quiet almost deafening.

The air was thick with emotion; something dark and painful seemed to be hovering over everything.  Barely a bump in the linens, a small form huddled in the midst of a huge bed, its breathing the only break in the awkward silence.

Somewhere in the
quiet
a door swished open and then, after a few moments shut again with a tiny snick of sound as the latch caught.

In the hallway outside two people stopped to look at one another each reading the disquiet in the other’s face.

“I’m worried Ted.  Really worried.  She isn’t even making an attempt to pull herself together.  And I don’t know what to say to her.” The last said in whispered annoyance and frustration.

“Well hell Jane I have no idea what to say to her either. I mean let’s face it, she’s my sister but we barely know each other.  My being so much older than she has meant we were raised at different times.  I was just months away from heading off to university when she was born. And right now as I stand her,
staring down
40, I have no more notion
of
what to say to a messed up twenty year old than you do
.
” a confused and equally frustrated voice lamented.

“Maybe you should call your parents.”

“And say what exactly?” he hissed. “Hi Mom and Dad. Just wanted to let you know that Shannon is back from Africa and she’s had a minor car accident. Got thumped pretty good on the head. Nothing to worry about though. Oh and by the way
,
the accident was triggered by a miscarriage that I only know about because I pulled rank on her nurses and demanded to see her chart. Really Jane, I’m thinking the answer to that is a big no. Shannon obviously isn’t going to tell any of this to us or Mom and Dad. She’s a big girl and we don’t know what happened so let’s
not get involved
and
just
move on.”

Two pair of
concerned
eyes turned at the same time fixing thoughtful stares at th
e closed room. Beyond that door in the huge bed,
huddled un
der a mountain of soft blankets,
lay a young girl, no, not a girl anymore young but a woman in pieces. The life altering events of the past year had brought her far from her girlish youth.

Inside the room, cocooned safely under the deep bedding, she imagined the
anxious
whispers of her older brother and his wife in whose home she’d been staying since her unexpected return to the states from the other side of the globe.

She knew she should try to pull herself together but her heart just wasn’t in it today.  Not even for her family.  Reality surged, a sudden pain clutching with its vicious claws at her heart, a brutal throbbing reminder of the truth.

She didn’t care whether she ever got up and left that room.  Did not care at all.  Nick was gone, having betrayed her in the most brutal way possible. The child they’d created together, that she hadn’t realized she was carrying, was no more.    In that moment Shannon knew and saw nothing except a dark tunnel of pain and loss spread out in front of her. What was the point of even trying to go on?

She’d been understandably distraught after discovering that the man she had loved was a fantasy, someone who never even really existed so deep were his lies and the subterfuge he worked on everyone.

At first she just assumed that having her heart broken explained why she felt so lousy but the truth of her situation came crashing home in brutal terms when she’d blacked out while driving; gotten whacked on the head and been rushed by ambulance to the nearest hospital where she nearly bled to death from a ruptured cyst
.
The trauma and blood loss
ultimately caused an end to a pregnancy she hadn’t even known about. When the doctors reassured her she could have other children, her heart shut down. No.  She would never allow herself to let anyone get that close ever again.  That part of her life was over.

She’s laid her heart open to her first love and gave him everything.  Absolutely everything and from the depths of that openness they had created a life. Maybe it was best that she hadn’t known, better that she’d been unaware instead of mourning a tiny moment of bliss that was not to be and she which she would never ever get back.

Tomorrow really would be another day and maybe she’d think then about ste
pping back into her life.  F
or now,
she was
so empty and numb
that
she didn’t have anything left
.
T
he only action she could summon up was to simply change positions in the big bed in
her
dark room and keep those covers over her head because she just wasn’t ready to move on. Not yet. She hated having to stay with Ted and his wife but at the moment she was adrift and had no place else to go.

Just then a gust of wind picked up
,
causing the long, heavy drapes to flutter and sway.

Across the country, Julianna Barrett let herself in to the executive apartment at the top of the Barrett office building when, after three days of uncharacteristic
silence
she had gone in search of her big brother who at this moment was M.I.A.
from
his
position
as head of the family business.

The last month had been god awful Jules, as she preferred to be called, thought to herself when the heavy apartment door swung open.  People always say how life can change completely between one heartbeat and the next but she’d never truly appreciated tha
t sentiment until recently;
when she could see that very imprint all over her life and the lives of everyone she knew.

Eight weeks ago she’d been an excited, soon-to-graduate college student making plans for her future. Then her stern and controlling grandfather, a man who had in her mind been an evil, emotionless puppeteer calling the shots in the lives of her mother, brother and herself since the day her beloved daddy had perished in a senseless accident, had dropped of a massive stroke
. J
ust like that
,
all their lives changed instantly.

With her big brother summoned back from time he’d been spending abroad, life had been turned upside down by the old man’s condition.  Then, just a month
later
he had died
. I
n the blink of an eye, or a heartbeat, Nicky
,
at
twenty-five
years old
,
was
the
new
CEO and majority holder of a huge global family business.

The weeks since then had been alarming for Jules and her mother as t
h
e burden and overwhelming responsibilities of running a billion dollar global company consumed Nicky’s life.  Overnight he seemed more and more distant as if the duty he’d inherited had changed his life the way a jail sentence would.

Nicky was always the heir to their grandfather’s enormous business legacy so why he’d seemed
so
miserable as the mantle of power and control had settled on him didn’t make much sense to Jules.  Or her mother for that fact who was equally confused by her son’s apparent fall into some pit of despair which was so very unlike him

She supposed that the sham engagement he’d been forced into by the terms of their grandfather’s smarmy will was fueling his isolation. Rachel Dane was the daughter of one of her grandfather’s business cronies.  Just one in a long line of older men who ran their companies like feudal kingdoms, wielding power, ego and control without conscience and who in this case was willing to put his own daughter on the table as a negotiating point in a multi-million dollar development deal which would, when completed, bring an obscene profit to both men.

Jules knew that Rachel was as interested in being married to her brother as the wood column by the front door.  They both seemed trapped however by the terms of the will and the devious business deal Rachel’s’ father and her grandfather had struck. Jules and her mother
,
Alanna
,
both prayed desperately that Nicky could find a way out of this mess.