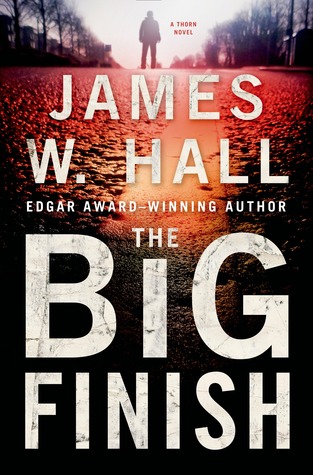 The greatness of a nation and its moral progress can be judged by the way its animals are treated.

Never wrestle with a pig. You get dirty, and besides, the pig likes it.

IT WAS A BRISK, MOON-DAZZLED
November night when Flynn Moss and several of his closest friends were gunned down.

For a week, they’d been camping in a forest of evergreens on the bank of the Neuse River in eastern North Carolina. Might sound picturesque, but it wasn’t. Nothing like the majestic Blue Ridge Mountains a day’s drive west, or the gorgeous sweep of dunes and squeaky white sands two hours east along the Outer Banks. These woods weren’t the least bit scenic, and neither was the flat, barren terrain surrounding them. And good lord, Pine Haven, the nearby town, if you could even call it a town, was as hellish a shithole as anywhere they’d staged an operation in the last year. Even the desolate coal mining settlement of Marsh Fork, Kentucky, was idyllic in comparison.

As for Flynn, he was once again nursing an acute case of homesickness, the familiar gnawing ache in his chest, the hard magnetic pull of the seaside city he’d cherished since he’d drawn his first breath. At the moment their campsite in the Carolina forest was just shy of eight hundred miles from Miami. Eleven hours by car, a long damn way. But somehow it felt even farther. Like suspended animation would be required to travel the light-years back home to the blue waters and soothing sunshine and those exquisite breezes flavored with nutmeg and cloves and ripening mangoes.

Around the dwindling campfire the other three were silent, everyone on edge, waiting for Caitlin to return. Late in the afternoon she’d received an SOS text from one of the two Mexican farmworkers she’d recruited as spies. Their attempt at espionage had apparently gone bad.

With a grim face, Caitlin had set off alone to discover just how bad.

Hours later, the group had settled into a fidgety hush. All the others had finished their dinners, while Billy Jack was still polishing off his third helping of baked beans. A brawny guy with black hair and a neck thicker than Flynn’s thigh, Billy Jack had played football for Auburn. But after shattering an opponent’s jaw in an on-field brawl, Billy Jack was tossed from the team and would’ve spent a stretch in jail except his girlfriend’s dad bribed the injured man to drop charges.

Caitlin was that girlfriend. A fragile, high-strung belle, Caitlin started out as a true believer, a nature-loving free spirit who’d impulsively enlisted in the Earth Liberation Front minutes after hearing one of Cassandra’s rousing recruitment speeches near the Auburn campus.

Caitlin dragged Billy Jack along on the righteous adventure. Caitlin full of idealistic rebellion, Billy Jack simply along for the ride. But in the last few months their romance cooled, and while Billy Jack’s thrill for combat kept him engaged in the group’s efforts, Caitlin lost her fervor for the cause. Recently she’d confided to Flynn that she’d been sneaking phone calls to her daddy, and the old guy was begging her to cut loose and head home. A new BMW was waiting for her, no questions asked.

In the twelve months Flynn had been a member of ELF, he’d seen recruits come and go, so her departure wouldn’t be surprising. But Cassandra would be pissed because Caitlin had proved to be remarkably adept at using her powers of enchantment to the group’s advantage. Gaining access to people and opening doors that would have stayed shut without her southern charms.

On the log beside Billy Jack, Jellyroll was hunched over his laptop, his fingers flying. Twenty years old, he looked thirteen. A black kid from Philly. His mother dead, father serving life in some supermax joint in Virginia, Jellyroll was the group’s computer geek. Back in July he’d first appeared at a fracking protest rally in Allentown, Pennsylvania, sidled over to their group, and to establish his hacking credentials he presented Cassandra with her entire FBI dossier on the same laptop he was using tonight.

“Half of this is total bullshit,” she said when she finished reading.

“No worries,” Jellyroll said. “I’m a wizard with the delete key.”

By midnight, the dinner plates were cleaned and stowed, the fire was down to a red glow, and the moody silence had grown deeper.

Flynn said, “I’m going to look for her.”

“She’s in trouble,” said Flynn. “She should’ve been back hours ago.”

“Wouldn’t be surprised,” said Billy Jack, “if that girl hasn’t run off. Been months since her last manicure, those raggedy nails are driving her batshit.”

“Probably her right now.” Jellyroll motioned at the dark tangle of woods, the wobble of a flashlight heading up the trail.

Everyone rose and stood flat-footed, waiting.

Moments later Caitlin came thrashing out of the woods, halted abruptly, and washed the beam of her flashlight over their faces.

“It’s over, we’re finished,” she said, panting from her run. She stooped forward, hands on her knees. “They caught Javier, they’ve got his camera. We need to get the hell out of here. And I mean right now.”

Cassandra squatted by the embers, waved for Caitlin to quiet down.

“Jésus told me one of the security guys spotted the wristwatch, made Javier take it off, figured out what it was, and dragged Javier away. Jésus is scared he’ll be next.”

The tiny spy camera embedded in the wristwatch had remarkable clarity for something so small. They’d bought the two watches from an online dealer. USB interface, four gigs of flash memory, audio recorder. A battery that could last for two hours of continuous recording. A hundred and fifty bucks for each.

“‘Took him away’?” Jellyroll was using one finger to slice and dice the touch pad on his laptop. “Is that a euphemism? Like they killed him?”

Caitlin said she wasn’t sure, but it was likely, very likely because these people were fucking scary, far more dangerous than anyone they’d encountered before. She circled the dying campfire, behind everyone’s backs, repeating over and over:
We’re finished. We need to go. We need to go now.

Technically the group had no leader, but Cassandra was the oldest by a decade and had by far the most experience in the movement, plus she had an intimidating-as-hell glare framed by wild and abundant red hair, so the others deferred to her, even Billy Jack.

Flynn moved behind Jellyroll and the others crowded in to see.

“Did you hear me? We need to go,” Caitlin said from across the fire. “If you don’t want to, fine. But I’m done. I didn’t sign on for violence.”

“So go,” Billy Jack said. “You see anybody trying to stop you?”

“Javier knows where we’re camping,” Caitlin said. “If they torture him, he’ll confess. They could be on their way here right now.”

“Play it,” Cassandra said to Jellyroll. “Let’s see what we got.”

A few days earlier Caitlin, who spoke basic Spanish, had recruited Javier and Jésus and gave each a watch and a hundred dollars to wear them on the job. Both were senior workers, eight years at the Dobbins Farm with free access throughout the facilities. But Javier was either too nervous or too hurried to follow the training Caitlin gave him, various ways to keep the camera steady.

Despite the jumpy, off-angle images, the video was decent. It started with an establishing shot, the Dobbins Farm sign in green and gold. Then the bouncy drive up the entrance road. Javier with his arm out the truck’s window, capturing the manure ponds, the giant Rain Bird sprinklers shooting arcs of hog shit over a pasture. Not a pretty sight, but nothing criminal.

Then a jump cut took them inside a containment barn. Noisy hogs full-grown, restless in their tight cages, jostling, snorting, biting each other, scarfing down food, shitting in their pens. Then another cut. A quick shot of Burkhart dragging a sick hog by its hind legs out of a pen and into the concrete passageway, then using a hand sledge to kill the animal. Two hard whacks to its skull. The animal on its side bleating and squirming. Two more whacks.

Some of the other hogs were bumping the bars of their pens in protest. Ten seconds of ugliness, fairly mild compared to the undercover videos Flynn had seen online, hogs being hung by their necks on steel cables, hogs covered in bleeding sores, their legs giving way under their unnatural weight, left lying helpless, some truly horrendous shit, all of it perfectly legal. Excluded from state cruelty laws, farm animals were regularly subjected to sickening abuse. That was part of the group’s mission, to share the revolting realities of industrial food production and put pressure on state governments to change those lax cruelty laws. Make it hard for the public to ignore what was going on.

The video moved to a new location. Javier was entering a greenhouse, a gold Dobbins logo over the doorway. He walked slowly down the rows of tall flowering trees, their ghostly trumpet blooms facing downward. After three or four seconds scanning the blooms, the camera turned to the ground, showing the gravel path where Javier was walking, and a quick image of another Mexican worker passing by. The worker was wearing a surgical mask.

Javier entered a door at the far end of the greenhouse, passed by the drying racks that were hung with blooms, and took a seat at a long table where a row of other men were working. All of them in similar surgical masks. Then a few seconds that showed the entire pill room.

The camera was badly tilted, but Flynn could still make out what was taking place. The man sitting beside Javier at the table poured a test tube of fine powder through a paper funnel and filled a small hole drilled into a block of wood. Then the worker inserted a brass tamping rod into the hole, tapped it twice with a rubber-tipped mallet, tapped it again, then turned the block of wood over and shook the block until a bright red tablet fell onto the table in front of him. Then the worker scraped the pill into a jar with dozens of other similar tablets and began the process again. A primitive production line.

“Bingo,” said Billy Jack. “We got us some major felonies.”

Fire on the Plains (Western Fire) by Wingo, Kate
San Andreas by Alistair MacLean
A Court Affair by Emily Purdy
Travels with Charley in Search of America by John Steinbeck
Luz: book i: comings and goings (Troubled Times 1) by Luis Gonzalez
Cast the First Stone by Margaret Thornton
Shadow of the Rock (Spike Sanguinetti) by Mogford, Thomas
Belonging: A Culture of Place by Bell Hooks
The Bull's Bride Hunt (Holiday Mail Order Mates Book 3) by Lola Kidd
Fat Girl Walking: Sex, Food, Love, and Being Comfortable in Your Skin…Every Inch of It by Brittany Gibbons