Read The Beauty Within Online 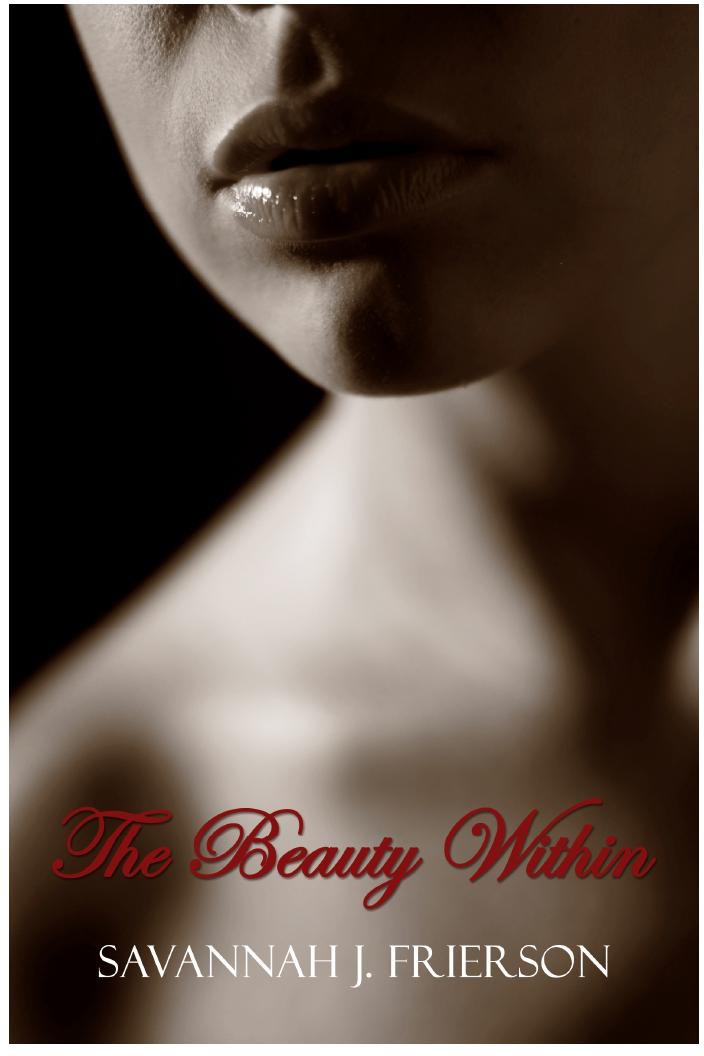 All rights reserved. No part of this work may be reproduced or transmitted in any

form or by any means, electronic, mechanical, photocopying, recording, or by any

information storage or retrieval system, without prior written permission of

This is a work of fiction. All references to real places, people, or events are coinci-

dental, and if not coincidental, are used fictitiously. All trademarks, service marks,

registered trademarks, and registered service marks are the property of their

respective owners and are used herein for identification purposes only.

To my uncle Greg who never let me settle for anything other than my best;

to my uncle Pete (Lt. Col. James T. Curry) who never let me forget from

whom and whence I came; to my daddy Matthew who never let me think I

One month. It had taken Tyler Carver exactly one month to buck up the

courage to use the coupon. As she stood inside the facility, watching the

precision-toned bodies operate the equipment with expertise and ease, she

suddenly grew very nervous her bucked-up courage would leave her.

Tyler tugged on her too-big T-shirt and clutched her bag like a lifeline. She

he would be there to greet her. That was the deal she’d made: It was he or no

one at all. She trusted Damon to be patient with her and not embarrass her.

session, and the last thing Tyler wanted or needed was some cocky beefy jerk

continuously reminding her of that fact.

“Where
are
you, Damon?” she muttered under her breath, still hovering at

an wearing an exercise outfit Tyler could never imagine herself in could pass.

The longer she remained inside of the doorway the more she wanted to bolt,

but she wouldn’t let Damon down…
herself
down. It was the New Year, and that

need of a cut and gunboats for arms stood bent over a clipboard. He looked to

be in a hurry, so she cleared her throat to get his attention.

His brusque tone made her pause and wince. “Um…I’m here to see Damon?”

He still hadn’t looked at her and she frowned. “I have a session with him.

Tyler Carver? I called him yesterday and he said he’d be here…”

He looked at her then, and Tyler had to work not to cuss in approval. His

hair fell into the most piercing gray eyes she’d ever seen, and everything about

him screamed masculine and chiseled.

with disinterest and borderline dismissal. “You’re a girl.”

The flow of attraction within her dammed immediately. She wanted to

The man rolled his eyes and picked up another clipboard. “According to

He left the room, came out to the main area, and began walking. Tyler

gaped at him. No “Follow me, please?” or “Right this way?” Damon better have

a damn good explanation as to why he wasn’t here.

“Are you coming or are you determined to waste more of my time?”

Tyler clamped her mouth shut. She had half a mind to leave, but she re-

fused to give this rude man the satisfaction. His stride was assured—

sleeveless tee. She followed him to a relatively open area where there was a

mat, free weights, and a rowing machine. She set down her bag and tugged on

her shirt again, anxious about what he would want her to do.

“We’re going to stretch first,” he said on a sigh. “So you don’t hurt yourself.

God forbid you should pull a muscle…”

Again, she said nothing. He had a point even if he could’ve been nicer in

delivering it. She sat on the mat and followed the stretching exercises he

demonstrated. While not nearly as limber as he was, she clearly surprised him

at how flexible she was by the way he grunted in satisfaction.

Once they were fully stretched, he gave her two-pound weights. She

looked at him askance. Did he think her a weakling?

en,” he said in a bored tone. “Again, it’s better to start nice and slow so you

He really needs to work on his people skills
, she thought as she tested the weights

in her hands. He still hadn’t told her his name, but she wasn’t going to ask,

either. She hoped this was the first and last time she would have to deal with

He began showing her the movements for the exercise. At first they started

with simple shoulder shrugs. Tyler gained confidence with each set of reps

completed; and though her muscles started to burn, it was a good feeling

instead of the ones she had feared she would experience. As the time passed,

however, Mr. Gunboats, with his fifty-pound weights, started doing more

complex combinations and positions. Tyler did her best to copy his movements

perfectly; but her arms and legs weren’t holding the positions correctly, and

she felt silly as she damn near slipped and fell multiple times.

“You know, there’s nothing wrong with just buying a treadmill and trying

that for a few weeks.”

The man, who hadn’t even flushed or broken a sweat, sighed again as if he

were struggling for patience with speaking to a slow child. “I just mean you

can’t walk before you crawl.”

“I walked in here just fine.”

“Maybe if you’d do more walking—”

“Oh,
no
,” Tyler said, standing up straighter, the dumbbells still in her

“At this rate, He’s the only one who can help you anyway!”

Tyler could
not
believe this man’s gall! So what he looked like he peeled

right off an Abercrombie & Fitch billboard, he had no right to speak to her

that way! It was proof that no matter how good looking a person could be on

the outside, an ugly attitude could ruin that very quickly.

Tyler didn’t even think she was in
that
bad a shape. Of course she had a

little more hips, booty, and belly than she would have liked, but she still earned

some catcalls walking down the streets of Durham. She had “junk in her trunk”

as her sister and best friend Wendy would say almost enviously; and while she

consider herself a walking advertisement for those needing gastric bypass,

Tyler wasn’t here for cosmetic reasons anyway. She wanted to get healthy.

After a recent chiropractor’s appointment, the doctor had said even losing

twenty pounds would do wonders for her lower back problems. Damon,

Wendy’s boyfriend, had been eager in wanting to help her. Since he was one of