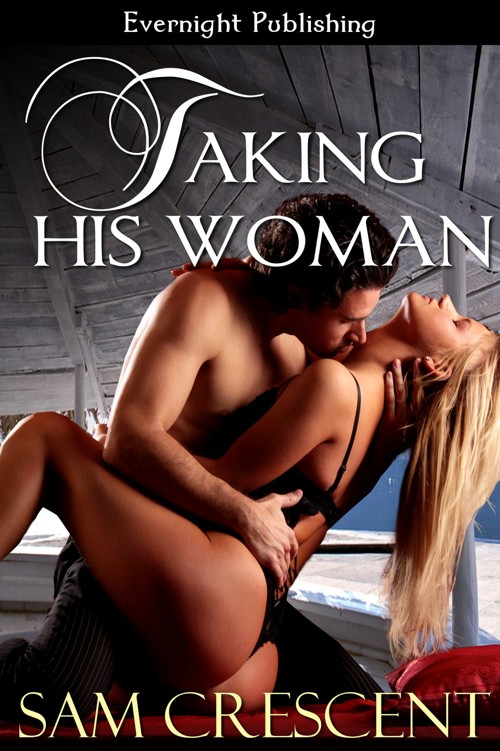 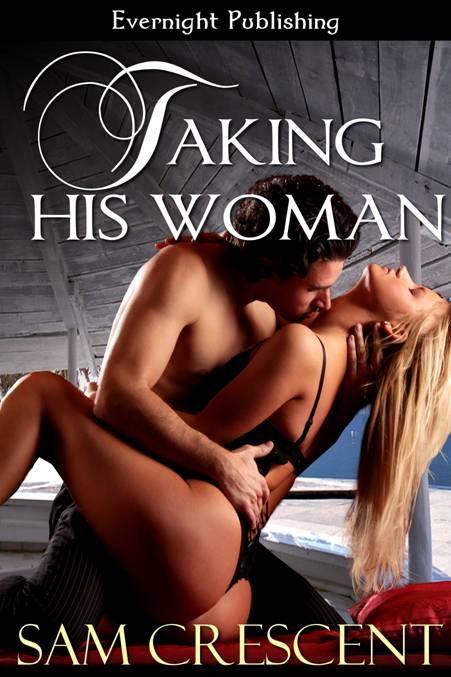 I would like to thank my readers and Evernight.
Without both of you my dream would never be coming true. Thank you.

Christopher “Matchmaking” Sinclair stared
across the sandy beach towards the group of friends huddled together on a plank
of wood. They were laughing as if they had no cares in the world. He noticed
Erica Black straight away. She sat nearest the fire. A guy flung his arms
around her shoulders, pulling her back against him. Chris fisted his hand at
his side at the sight of another man touching her. There was a time she would
have been Chris’s own woman, when she would have smiled up at him with all the
love in the world, but he’d squashed every ounce of love out of her young soul.
Chris couldn’t tear his gaze away from the scene before him. He had never
expected to see Erica again even though he knew about her life. He had an
entire security team who made sure she was cared for. And they gave him a
rundown of her activities. He knew there was no man in her life since she had
belonged to him. At least down to the security reports he had of her hadn’t
reported any significant man in her life. Watching the guy with her now he
wondered if the reports his security team had collected on her were wrong.

He hoped not. Knowing she was alone without a
man gave him hope that maybe one day he could enter her life and she’d welcome
him back with open arms.

She looked as beautiful as ever. Chris recalled
the last time he’d seen her, and the memory was forever embedded in his mind.
He wasn’t thinking about the last time he’d seen her with Cassie. No. He was
thinking much further back.
The day after he had taken her on
a business trip.
The day in which he had broken her heart and made her
feel
smaller than a bug. She’d lost a little weight since
then, but she was still a full-figured woman. He remembered the silky smooth
feel of her underneath him. The way her body melted against him.
The fullness of her tits as they filled his hands.
To him,
she’d been perfect. Erica had been the perfect woman for him in every way. His
own stupidity had ruined any chance of happiness. No matter how many times he
tried to believe he could make amends, Chris always doubted himself.

He rubbed his hands down his pant leg to try to
rid himself of the memory of her passion. She had come alive, her responses
unpractised and pure in everything. She had given him so much while he’d done
nothing but take a delightful virgin to bed. She had been a challenge he had
wanted to gain for himself. He’d seen and heard the men talking about Erica
Black, the blonde bombshell who refused every man’s advances. Intrigued, he’d
sought her out and found himself responding to her something fierce.

Taking her had been a challenge and a delight
to him. Now, he spent most of his days thinking about her. He would have to
live with the hurt he’d given her for the rest of his life. No other woman
could even begin to compare to her.

The man holding her leaned down and kissed her
neck. She smiled at him, pulling away from his body. Chris clenched his teeth
together to stop himself from making a scene. He looked away at the ocean when
he felt a presence by his side. Molly, his stepmother, stood looking out at the
ocean.

“What are you doing here?” he asked. He knew
Molly had spent a great deal of time caring for him as he had grown up, but as
much as he tried, he never felt a connection with her. Now, though, he loved
her for the woman she was. Even when his father refused to see the beauty and
love inside Molly, Chris gave her the utmost respect.

“I needed to get out of that house. Everywhere
I go, David is there.” He saw the tears in her eyes. “I’m pleased Cassie and
Blaze have found love. They deserve it. At least he isn’t going to be like your
father, always thinking you boys can love only once.”

Chris chuckled, thinking about the ranting of
his old man. “We can love many times, but only one woman can hold our heart
forever. He loves you, Molly. He’s just afraid to lose himself. Either that or
he’s guilty.”

“What could he have to be guilty of?” she
asked. The tears fell from her eyes in utter abandon.

“Probably because he
may not have loved our mother.
His first wife.
Sometimes what we think is love turns out to be something else.”

“He loved his first wife. He always has. There
are pictures everywhere in that house. Everywhere I look I’m reminded of the
fact that I’ll never be her.
Only a replacement.”
Molly wiped at her tears. Chris glanced over her shoulder to see Erica stand.

“And yet, dad won’t give you a divorce. The last
time I checked, he didn’t even want you thinking about it. Does that really
sound like a man who doesn’t love you?” he asked her.

His father was so blind to what he was in front
of him.

“I’m going to go back. I shouldn’t have come
out here. I’m sorry.” Molly gave him a smile even though he saw the pain clear
down to her heart. “There are some things the match-making Sinclair can’t fix.”
She tapped his cheek then walked away. He watched her go, wondering how he
could fix what his father had done. David Sinclair clearly loved his younger
wife, but he spent most of his time treating her as if she were second best.

The pulse went through his body straight to his
cock. She looked a vision standing before him. She wore a plain white top with
thin straps at her shoulders and a long skirt, which blew to one side as the
breeze brushed over them. Her feet were bare, and her blonde, honey-wheat hair
cascaded around her.

“Erica Black.” He nodded his head in greeting.
The stern sound of his voice grated on his nerves. Why couldn’t he be nice to
her?

“Same old, same old,
with you.
An old man with attitude.”

“I’m forty years old. That is not an old man,”
he said. “Besides, I seem to recall you were quite happy with my experience at
one time.”

She slapped him on the face. Chris deserved it.
He couldn’t understand why he was so mean to her, especially when he knew how
much he loved her. “I see what Cassie said was a fucking lie. You haven’t
changed at all.
Chris the matchmaker?
Yeah right.
You’re the man who breaks the hearts of women. I shouldn’t have come over
here.”

He saw the unmistakable tears in her eyes. His
heart ached for her. She turned to walk away, and he couldn’t bear to see her
leave once again. “Wait.” She paused but didn’t turn back to him. “I shouldn’t
have said that. I’m sorry.”

“The great Chris Sinclair is apologising to
me?” Chris heard the sarcasm in her tone.

“I never do anything right when it comes to
you. I always say the wrong thing or do something you hate. I can never get it
right. I want to.” He ran his fingers through his hair and growled at how hard
it was to do the right thing when it came to the woman in front of him.

Erica wiped at the tears that fell from her
eyes. She’d spent a great deal of time trying to get over this asshole. It had
been at least three years, but she felt like she’d spent a great deal more time
trying to get over him. She turned back to look at her friends. Ben sat
drinking a beer waiting for her. He had asked her to marry him, even though
they hadn’t been to bed or done anything other than kiss and touch each other.
She couldn’t bring herself to give her body to Ben. The moment she had given
her virginity and body to Chris he’d tossed her aside.

“I’ve got to go back. I don’t know why I came
over.” She went to turn away again only to be held in Chris’s arms. He pulled
her close, making it hard for her to move away from him.

“I’m going back, Chris. You see that man over
there?” She pointed over to Ben. “He’s with me. We’re together as a couple. I
can’t be here with you. He never makes me feel cheap like you did.”

“Wait. He’s your ... boyfriend?” He let her go.
She turned to see the confusion on his face.

“Yes. I wasn’t going to spend my whole life
mourning over you.” She wouldn’t tell him she woke up in the middle of the
night panting for his touch. Erica knew her mind and heart wanted to forget him
forever, whereas her body craved him.

“I don’t understand. I was told you didn’t have
any man in your life,” he said. She saw he wasn’t talking to her.