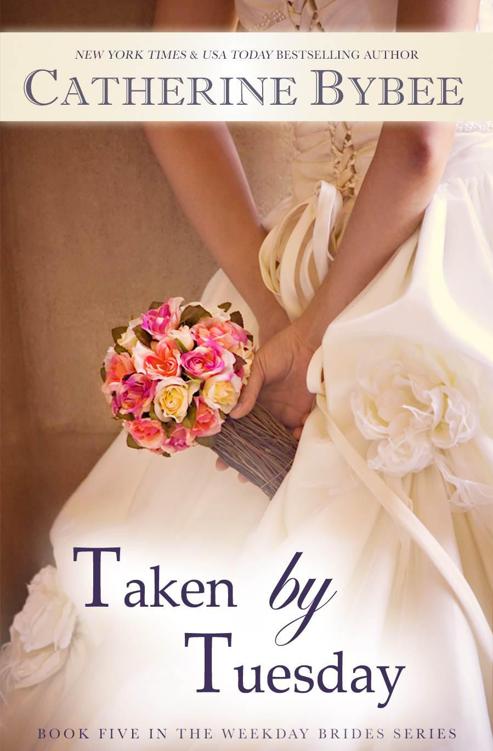 Before the Moon Rises

Simply because I love you.

Judy pressed the red
raid
button and hoped she hadn’t misjudged her opponent in this stupid online game. She only needed five more valor points to make the next level, and the battery on her tablet was flashing a 20 percent warning.

“What the hell are you doing?” Meg, her roommate of four years, stood in skimpy workout shorts and glared from the doorway.

“Avoiding!” Damn it, her math was off and the raid failed, putting her behind for at least half an hour. “Stupid game.”

Meg tossed her gym bag on the floor and moved into the small kitchen they shared in the off-campus apartment. “You told me you weren’t joining
hell
with me because you needed to study. I walk in . . . and what do I see? You, on that waste-of-time game and not studying.”

“I needed a break.”
Hell
was their code word for James and his boot camp workout at the local gym. James constructed his workouts in a series of obstacles that worked every possible muscle in the human body . . . hence the term
hell
. It was H. E. double L. when you couldn’t sit in a chair or on the toilet without cursing James. Yet they went back day after day.

Not today . . . at least for Judy. Her take-home final for advanced architectural design was kicking her ass. So what that it was due tomorrow at seven in the morning. Or that she’d all but told herself she was a fool for adding an additional major to her senior year. Who cared that she’d tossed fifteen thousand dollars onto her student loans? So what!

She buried her head in her hands. “I’m screwed.”

“I suck. The design I’m working on doesn’t make any sense. There’s nothing dynamic about it . . . nothing that says ‘I’m the best structure in the world, build me,’ nothing.”

Meg waved away Judy’s concern. “You’re overthinking it. Stressed. What you need is a night out and a good lay.”

Judy rolled her eyes. “It’s due tomorrow, Meg, I don’t have time for a quick anything.” Besides, she’d given up the quick mean-nothing guys in her junior year. Even the young, attractive professors seemed less interesting since . . .

“Well, you need to do something to relax,” Meg told her. “You’re all clogged up.” Meg always said things like that. Her parents were throwbacks from the late sixties, early seventies. They had Meg late in life and were completely burnt when they conceived. Hence, Meg’s
free
feeling about sex and
screw the establishment
agenda. It was amazing she’d made it through a formal education. Yeah, she was leaving the University of Washington with a degree in business, but just barely.

The fact that Meg studied business had confused Judy when they first met. Meg seemed much more likely to major in art. According to Meg, students graduating with an art major waited tables their entire lives and seldom had any security when they grew old. Judy still questioned if Meg would be happy in
any
business setting. Time would tell.

Judy had finished her business requirements early in an effort to tack on architectural design as a second major. Her father wasn’t happy but couldn’t bitch a whole lot when he learned that Judy had taken online courses during the regular school year as well as her last summer to complete what she needed in order to graduate with a double major.

Only now, she was sitting in her apartment playing stupid online war games and avoiding her final.

“Some of us are getting together at Bergies. A drink could clear your head.”

Judy tossed aside the tablet that housed her video games, her e-mail, her life . . . and stood. “I need to shower first.”

“I’m on assignment,” Rick whispered to himself once he hit the campus of the University of Washington. Didn’t matter that he’d started his trek en route to Boise State, the college where Karen had told him Judy studied. He only wasted one plane ticket to the wrong destination.

He scouted the auditorium where graduation ceremonies would take place . . . looked at the location he’d been told the VIPs were going to stand while they watched their sons, daughters, or in this case, sisters, walk.

Michael Wolfe, the celebrity and friend Rick was there to protect, was the Elvis of modern film . . . minus the guitar and voice. Michael’s entire family—parents, siblings, and even his ex-wife—would be present for Judy’s graduation. The paparazzi were the most likely obstacle to overcome, but Rick knew he couldn’t be too cautious.

He envisioned the tiny pixie that had held adventure and fire in her blood, and smiled.

The arena was fine, he decided. Two main exits were the only places the media could breach. It would take less than three men to manage, and Michael and his family could watch Judy’s graduation in peace. On second thought . . . maybe he’d add a fourth man to the job so
he
could watch Judy graduate.

“Does everything meet with your approval, Mr. Evans?”

Rick had nearly forgotten about the administrator of campus security who had joined him.

“How much security do you have on hand on graduation day?”

“A dozen are scheduled.”

“Trusted? None can be bought . . . right?” It wouldn’t be the first time a security guard earned a quick buck by letting the media slip in.

“Of course.” Pete, the head of security, looked offended.

“So, where do the graduating seniors hang out two weeks before graduation?”

Rick hadn’t gone to college. He’d joined the Marines shortly after high school. Formal education or pushing paper around all day wasn’t in the cards for him. No! He wanted adventure. So much fucking adventure that his buddies had been killed and parts of his own body were damaged and scarred thanks to his time in the service. Yeah, once a Marine always a Marine, but at thirty-one, he didn’t have a strong desire to go back.

He didn’t regret his time, but it did seem as if he had simply put his life on hold while everyone else passed him by. Now that his last remaining Marine colleague was married and had a kid of his own, it felt like maybe Rick was missing a key element in life.

When the nights were long, and sleep evaded him, Rick’s thoughts moved to one person . . . Utah.

God, she was piss and vinegar . . . sexy and smart all rolled into one. Not that he should pollute her world, but he couldn’t stop thinking about her.

Bergies was a dive off the college row of trendy joints where most of the kids hung . . . this was for the slightly older students blowing off steam during their last days of carefree college life.

A slow, steady sprinkling of rain fell outside but the windows were open to the outside to let the air circulate. It was only nine but the bar was packed and the music was loud. The perfect combination for forgetting or hooking up. Somehow, he didn’t think he’d see Utah inside.

But she’d surprised him before, so who knew?

Rick stepped into the bar and let the door behind him shut. The mat under his feet was soaked, so wiping was a joke. He moved past the first booth and the burnt bouncer that sat close to the door. The man wasn’t attentive enough to realize that Rick, wearing more than one weapon, had breached the walls. Not that Rick had any intentions of showing anyone his guns. Well, not the bought and paid for ones, in any event.

The cocktail waitress, who was too skinny and too needy, zeroed in on him before he could smell the stale beer. Her invitation was more about showing each other their body parts than offering him a beverage.

Rick stuck with a drink.

She winked. “You got it.” She disappeared with a shake of her hips and a flick of her bleached blonde hair.

The smile that always sat on his lips pivoted a couple of heads in his direction, but when he glanced beyond the eyes following him, the women twisted around in their seats and returned to the conversations they were having with other patrons.

Blondie balanced the lone beer on her tray and licked her lips while she handed it to him. He fished a ten from his wallet. “Keep the change.”

The ten disappeared in the tiny pocket of her short skirt. “I’m off at midnight.”

“And I’m here looking for someone.”

She offered a small pout. “If you change your mind . . .” She winked and walked away.

Rick moved to the back of the bar, where players held cue sticks and waited their turn by a few pool tables.

A throaty laugh made him pause.

He knew that laugh.

The smile on his face suddenly felt more genuine. His gaze slid across the room when she laughed again. Her back was to him, but it was her . . . Utah. She held her cue stick and pointed at a corner pocket. “Watch ’em and weep.”

She sank the eight ball like it was her bitch and the guys around the table groaned. A short-haired blonde lifted her hand and made a grabby motion with her fingers. “Pay up!”

Utah laughed, laid her cue on the table, and grabbed the bottle of beer at her side. All the while Rick just watched the interplay. She wore tight jeans, a tucked-in tank that hugged her waist in a mouth-watering way . . . over the ensemble was a jean jacket that he could easily picture draped over the handlebars of his motorcycle.

“I think we just got hustled,” one of the young college kids said as he shoved his hand in his wallet to pay his debt.

Judy’s friend shoved the bills into her pocket faster than the waitress had. “Anyone else? Twenty-buck minimum with a round of drinks.”

Rick took a step forward and lifted his voice above the crowd. “A hundred bucks.”

Utah froze, but didn’t turn around. He wondered if she recognized his voice. Had she thought about him in the last year? With the exception of her brother’s divorce party, he hadn’t seen her . . . not outside of a wet dream or two.

The blonde swiveled her head like a snake to prey and her eyes did that sweeping thing that happened to him once in a while. Rick knew he wasn’t hard on the eyes, knew he filled out his shirt like a Marine should. His thick shoulders and neck screamed military or linebacker. He did play a little football in high school.

“Who the hell are you?” the blonde mumbled.

Judy slowly turned and had to tilt her head back to look at him. “Green Eyes.”

“You know this guy?” The blonde shoved in next to Judy and nudged her arm.

God, she was even more adorable than he remembered. He didn’t let her eyes go, just matched her stare. A blush rose to her cheeks and a few freckles peeked through. Her snarky remark about his presence was a heartbeat away. He’d lay another hundred bucks on the table as a bet that the next words out of her mouth would shock everyone within earshot.

“Did the steroid train stop in town when I wasn’t looking?”

The blonde started to laugh.

Rick stepped even closer so barely an inch separated them. The smile never left his face. “I hear steroids shrink dicks.”