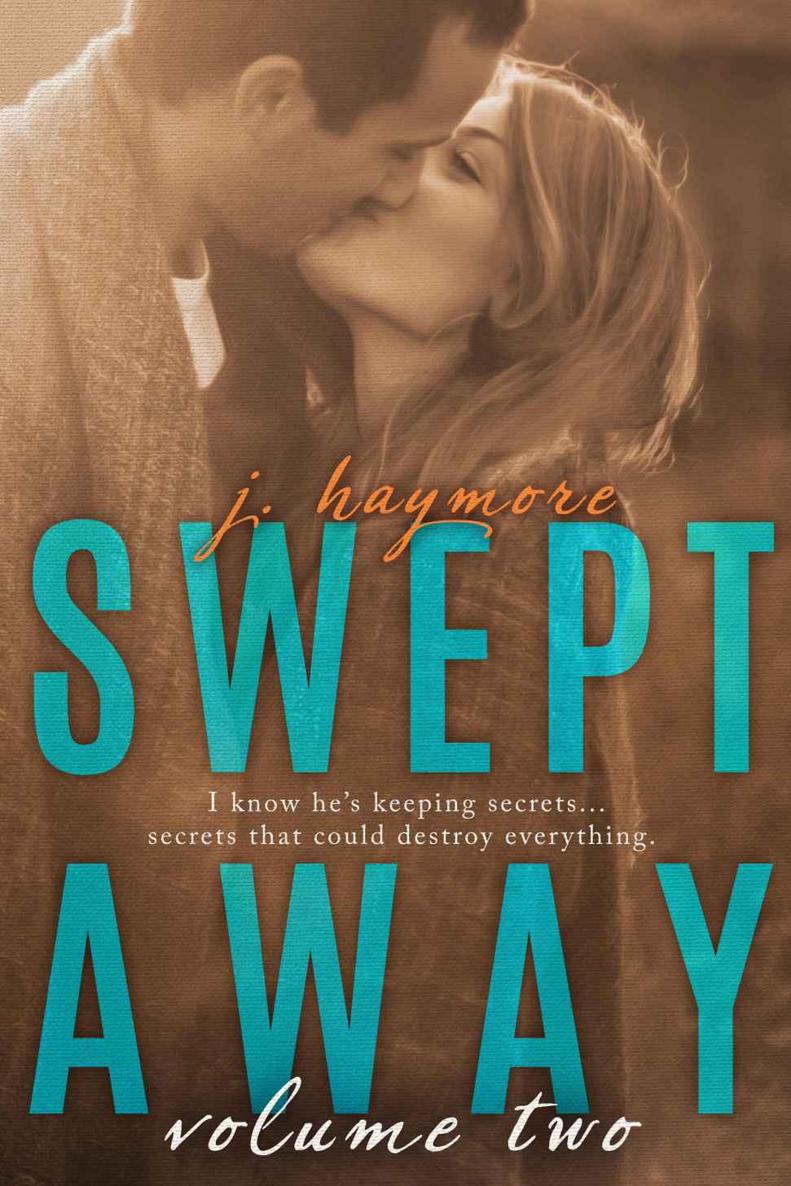 This is a work of fiction. Names, characters, places, and incidents either are the product of the author's imaginations or are used fictitiously, and any resemblance to actual persons, living or dead, business establishments, events, or locales is entirely coincidental.

All rights reserved. Except as permitted under the U.S. Copyright Act of 1976, no part of this publication may be reproduced, stored in or introduced into a retrieval system, or transmitted, in any form, or by any means (electronic, mechanical, photocopying, recording, or otherwise), without the prior written permission of the author.

Digital books are not transferable. The scanning, uploading, and distribution of this book via the Internet or via any other means without the permission of the copyright holder is illegal and punishable by law. Please purchase only authorized electronic editions, and do not participate in or encourage electronic piracy of copyrighted materials.

Your support of the author's rights is appreciated.

Why do so many women choose the man who’s the worst for them? The most dangerous choice? The choice most likely to hurt them? The one who refuses to give them the long-term happiness they yearn for?

Of course I choose that one. The bigger risk. The man I know very little about. The man who’s almost guaranteed me that he’ll do nothing but hurt me. That’s the one I want.

What the hell is wrong with me?

I was falling in love with Ethan Williams. The man who was going to walk away from me forever in less than three weeks.

I wasn’t going to think about that, though. I’d enjoy this time we had together on the open ocean, then, once we got to Hawaii, I’d let him go. No regrets.

But Ethan’s secrets were deeper and darker than I could have ever imagined. I’d put my trust in someone who gave me almost nothing of himself.

And if I wasn’t careful, his secrets could kill me.

Warning:
Swept Away
is a 4-part serial. This story is messy and twisted and very,
very
sexy. It is
not
for people under 18.

The House of Trent

The House of Trent Novellas

One Night with an Earl

Confessions of an Improper Bride

Once Upon a Wicked Night (a short story)

Secrets of an Accidental Duchess

Pleasures of a Tempted Lady

A Hint of Wicked

A Touch of Scandal

A Season of Seduction

Kyle is in love with me?

I stand stock-still, bewildered. Beneath my planted feet, the sailboat pitches as gale-force winds howl outside and rain pelts the cabin’s roof.

My best friend, Kyle, the guy I think of as my brother, is in love with me. He blurted out this paralyzing news seconds ago.

And he did it without realizing his girlfriend was watching from the shadows.

His timing couldn’t be worse.

The three of us stand there, frozen—Kyle and me staring at Nalani, her staring at Kyle. She heard everything—that much is clear by the expression on her face. If looks could kill, Kyle would be toast by now.

After what seems like eons, she steps toward us. My breath catches as she stalks toward Kyle, her fists balling at her sides. She looks like she’s going to hit him, but instead, she pushes past him and, thrusting her arms into her jacket sleeves, stomps out of the main cabin and into the rain.

Nalani and I have never been friends, but at that moment, my heart breaks for her. She cares about Kyle, and to have heard what she just did… God. That must have been brutal.

His face white, his eyes flat and devoid of emotion, Kyle watches the companionway until she’s stepped out of it and snapped the sliding door shut behind her, then his focus zeroes back in on me. His expression suddenly brims with all sorts of feeling I don’t want to analyze.

I throw my arm out to gesture toward the door. “Aren’t you going to go talk to her?”

He shakes his head as if flinging away the annoying sound of my question. “No. Did you hear me? I love you, Tara.”

“Stop it. You’re being ridiculous.”

“No, I’m not. I’ve been in love with you for a long time. The accident made me realize how much.”

“Yes, the accident. Right after I heard that Emily died.”

My sister’s name makes me flinch, but Kyle doesn’t seem to notice. I grip the galley countertop behind me to balance myself—not really sure whether it’s Kyle’s revelations or the dip and roll of the
Temptation
in the high waves that’s making me feel like I’m going to tumble over.

He shifts his weight first to one side then the other, his hand pushing through his sun-bleached blond hair again and again. “I was in the waiting room during your surgery. It was the middle of the night, and there were no updates for such a long time, and knowing what had happened to Emily, I started thinking the worst. That you would die too. I care about you so much, the thought that you could… My world would be empty without you in it. It would be…
nothing
. And…I knew it then. I knew I loved you.”

I claw my way through a surreal haze of disbelief and confusion. How was this even possible? How can he have been in love with me for a year and a half and not give me any hints? Wouldn’t I have noticed, felt the difference in him somehow?

Tears spring to my eyes. “I’m never going to get over Emily’s death.
Never
.”

He backs down immediately. “I know that. I just…I wanted to give you time to heal.”

His mention of Emily and the accident has brought all my emotions bubbling to the surface. My skin feels raw and exposed, as if he has scrubbed me bare of all my protective layers. “Why are you doing this?” I grind out. “Why now?”

“I’ve been thinking about it…this trip…your crush on Williams. You’re ready. You’ve proven it over the last few days. I thought I’d tell you when we got to Hawaii. I thought it would be the perfect place, the perfect time. Hawaii…you know—” He waggles his eyebrows, looking like the Kyle I know and love rather than this bizarre imposter he’s been behaving like for the past few minutes. “Romantic beaches and everything. And it’d be the perfect time because now I know you’re ready to move to the next step.”

The next step? I think dimly.

“But when I saw you going at it with Ethan on the deck—” he begins, but then he breaks off.

There’s no way to scrub away the image from my mind of him watching Ethan making me come last night. It doesn’t work.

Kyle’s green eyes narrow, and his fists clench at his sides before he adds tightly, “I can’t watch that happen, Tara. Not when I feel the way I do about you.
I’m
the one who should be with you, not him.”

What a jerk. He spied on Ethan and me. He’s been lying to me for a year and a freaking half! He has completely misled Nalani. He was with
her
on this trip. And what did he plan to do about that? Just dump her for me in “romantic” Hawaii when I accepted his declaration with open arms?

He claims to love me. “So it’s not okay for me to be with Ethan, but it’s perfectly fine for you to sleep with Nalani and then dump her when you feel the time is right? Do you even care what you’re doing to her right now?”

He shrugs. “It’s a temporary thing with us. We’re just having fun together. Hell, T, you know she was planning to stay in Hawaii.”

He’s right. Kyle and I live in LA, but Nalani is originally from Hawaii and will be moving back there this summer. The owners of the
Temptation
have hired her to captain the boat for charters at least until the end of the year. Still, none of that means she doesn’t have strong feelings for Kyle.

Kyle waves a dismissive hand in the direction of the companionway. “The only reason she’s pissed is because her pride’s damaged.”

Judging from the way she responded to Kyle’s big news, he’s wrong. Some sort of female solidarity rises in me toward Nalani, and I say, “You know what, Kyle? You really are an asshole.”

“No.” My hand shoots out, palm flat, to shut him up. “I’m not even going to stand here and let you hurt her and listen to this. You can’t lay this on me, not tonight, not here, not when I’ve finally found someone I could”—
fall in love with
—“be with.”

His eyebrows draw together as he scowls. “Ethan’s just using you. I want the real thing. I know you, Tara, everything about you. He knows jack shit about you.”

“He might be using me, but at least he’s honest with me. At least he doesn’t lie to me—”

Kyle’s laugh is bitter. “How do you know that?”

“I just do, okay? He’s been honest with me from the beginning.”

Kyle snorts in disbelief. “Right. You’re going to fall for the dickhead, then he’s going to break your fucking heart. And who’s going to be there to pick up the pieces?” He slaps his chest. “Me, that’s who. Who’s always been there for you?
Me
.”

“Okay…” I press my forehead into my hands and massage my temples. “Kyle, we’re friends. Really good friends. You’re like a brother to me.”

“No. It’s more than that.” His jaw is tight, his lips flat and determined.

“It’s never been that way between us.”

“Then you’re blind, T. It’s been there all along.”

Denial courses through me in a hot rush. “
No
.”

My words seem to finally get through to him. His eyes get shiny, and his lips part. His stricken expression is like a punch to my gut. “Are you saying you don’t feel it? Not at all?”

I shake my head numbly.

“That can’t be true.” He sounds
shocked
.

My shock mirrors his own. Did he really think I’d turn my back on Ethan and throw myself into his arms?

Have I given him any clues that I felt more than sisterly love for him? No. Definitely not.

“You’re my best friend in the world, but I don’t think… I’m not…” I throw up my hands in frustration. “I’m with Ethan!”

With my every word of denial, it seems I twist the dagger deeper into him. The blood has drained from his tanned cheeks, and he drags the back of his hand over his eyes. God, this sucks. A part of me wishes fervently that I
was
in love with him, that I could throw my arms around him and kiss him…